Bentley Residences Tower Will Be ‘A Diamond They Can See All The Way From Cuba,’ Developer Says

In an interview with Dolce Magazine, the tower is made to sound like Porsche Design Tower 2.0, with a number of significant improvements over the first tower.

Here are some of the new details revealed by Dezer and Sieger:

Silver, diamond-like triangulated glass windows that can be seen ‘all the way from Cuba’

Dezer said the windows will “make a statement.” He has already spent $300,000 on a full mockup to ensure that it can be built.

The diamond-like glass will “be a diamond that they can see all the way from Cuba when the sun hits on it,” Dezer said. “It’s going to be amazing.”

Just like in Porsche Design Tower, the new Bentley tower will have a “Dezervator” that brings cars directly to apartments.

The difference: There will now be four car elevators serving four units, compared to one elevator serving two units at the Porsche tower.

Each unit will now have a four-car garage, instead of two at the Porsche tower.

Pools on balconies will be getting better

The Bentley tower will have pools on balconies that have been improved so that they don’t block the view of the ocean (there were complaints that the pools on the balconies blocked views at the Porsche tower).

The pools on the balcony will now be sunken allowing owners to see the ocean from their condo. “It’s never been done before,” Dezer said. “It’s going to be very cool”

The location of the pool will also be moved to further open up the view.

Each balcony will be huge, ranging in size from 1,100 feet to 1,800 feet – the size of a New York City apartment, according to Dezer.

There will be outdoor kitchens and outdoor showers on the balconies. Each unit will also have an indoor sauna.

Sieger said that the developer will build a “back-pressure pocket” on the upper-level balconies to make them more usable.

A secondary layer of glass will capture the air, and force it to go around the corner and leak elsewhere.

“The air could be blowing at 40 or 50 miles per hour outside, but you can still smoke a cigarette on your balcony, because there’s no wind,” Sieger said.

‘After this one, we’re going to have a hard time outdoing ourselves’

Dezer said it will be difficult to top the Bentley tower thanks to  over-the-top features that will make the building “iconic.”

“When you tell people, ‘Hey, I live in the Bentley tower,’ people will understand. They’ll ask, ‘Is that the one with the diamonds sparkling?’ Everybody will know where you live.”

The tower itself will be the tallest in Sunny Isles, rising 749 feet above sea level. 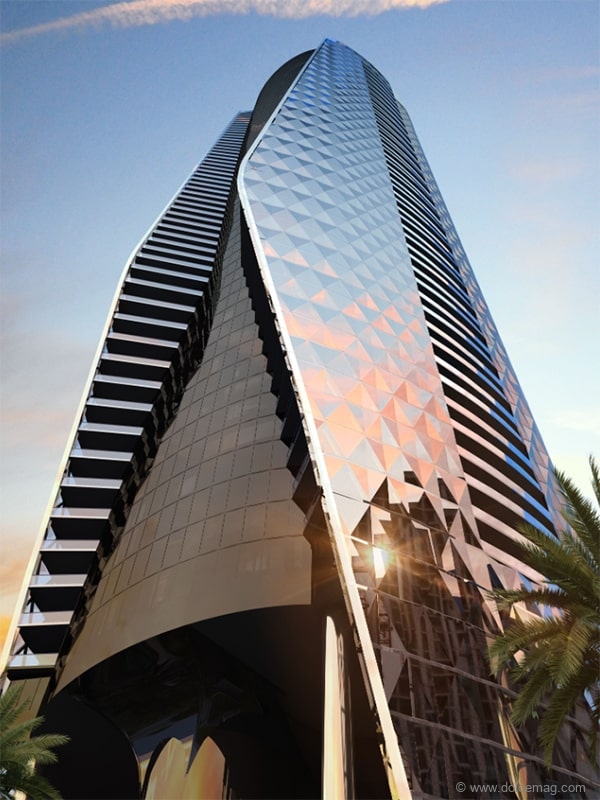 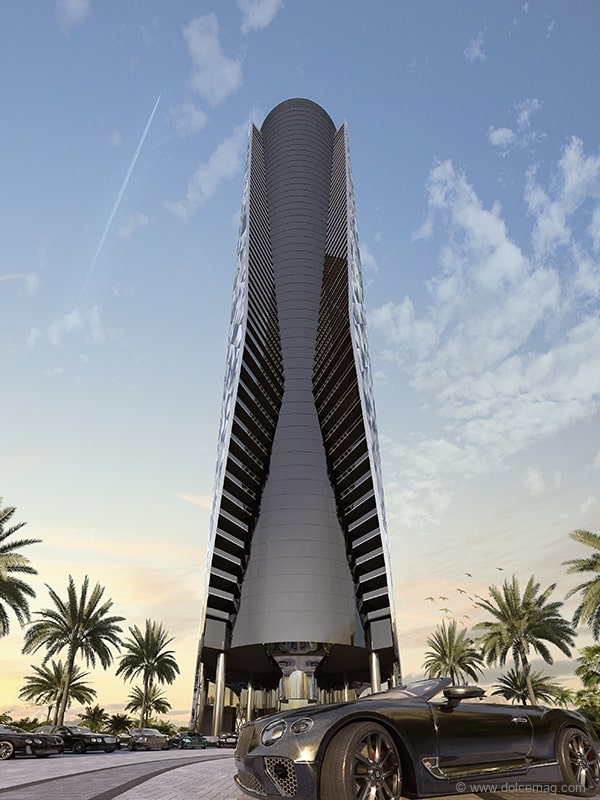 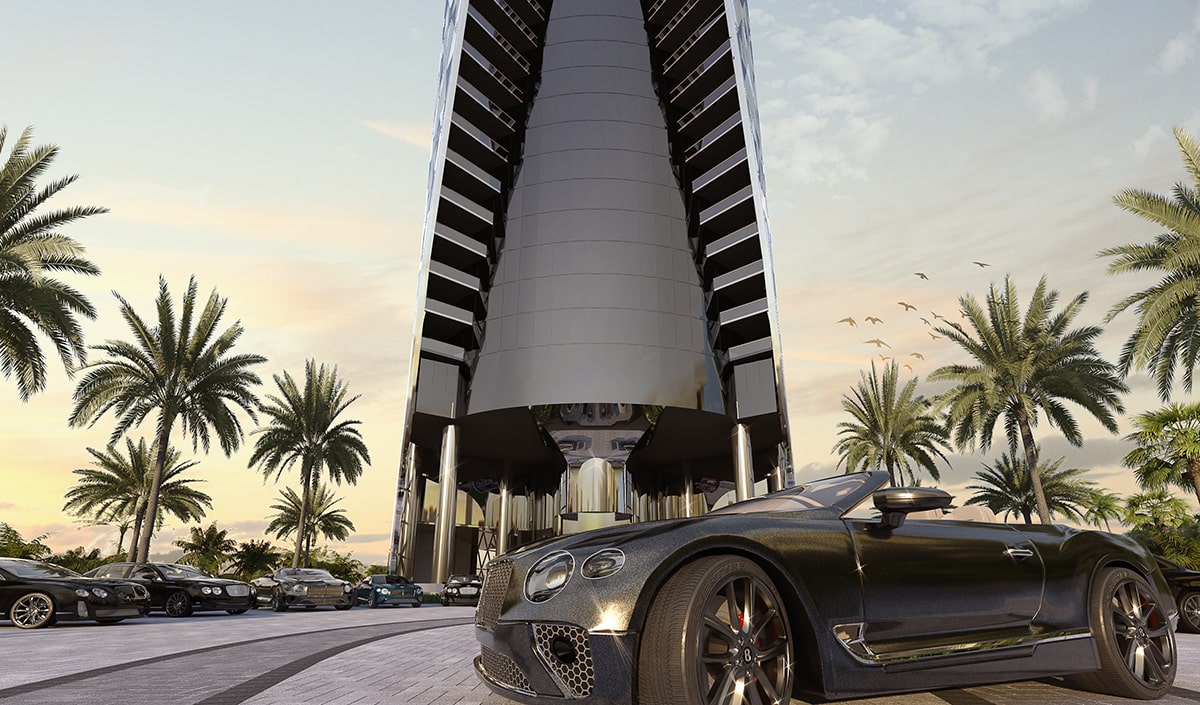