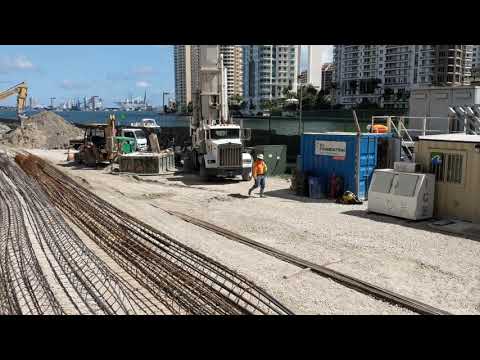 The developers told the Herald this week that more than 40% of units have now been sold. Several multi-million dollar penthouse units have been previously reported sold.

Groundbreaking for the tower took place a year ago. Since then, foundation work has been taking place.

When complete, the 66-story tower will rise 816 feet above ground. Miami’s only tower that is currently taller is Paramount Tower in Brickell.

An independently taken video of the construction site last week: