A private Miami jet terminal called Gate301 is moving forward after clinching a deal for utilities.

Embassair, which was founded by French businessmen, says the new terminal will be the most innovative in the world.

Jacques Rougerie, a member of the Académie des Beaux Arts de Paris, is designing the building, which will take the shape of a flying bee.

Features inside the terminal will including facial recognition and smart motion technology.

Miami-Dade county approved a lease of the land with the company in 2018.

Embassair is leasing 10.2 acres at Opa-Locka airport for the new terminal, with the first year payment starting at $115,000.

A utilities deal was finalized this month, allowing construction to proceed.

According to the utilities agreement, the terminal area will be 31,112 square feet, with an additional 63,101 square feet of airport hangar space. 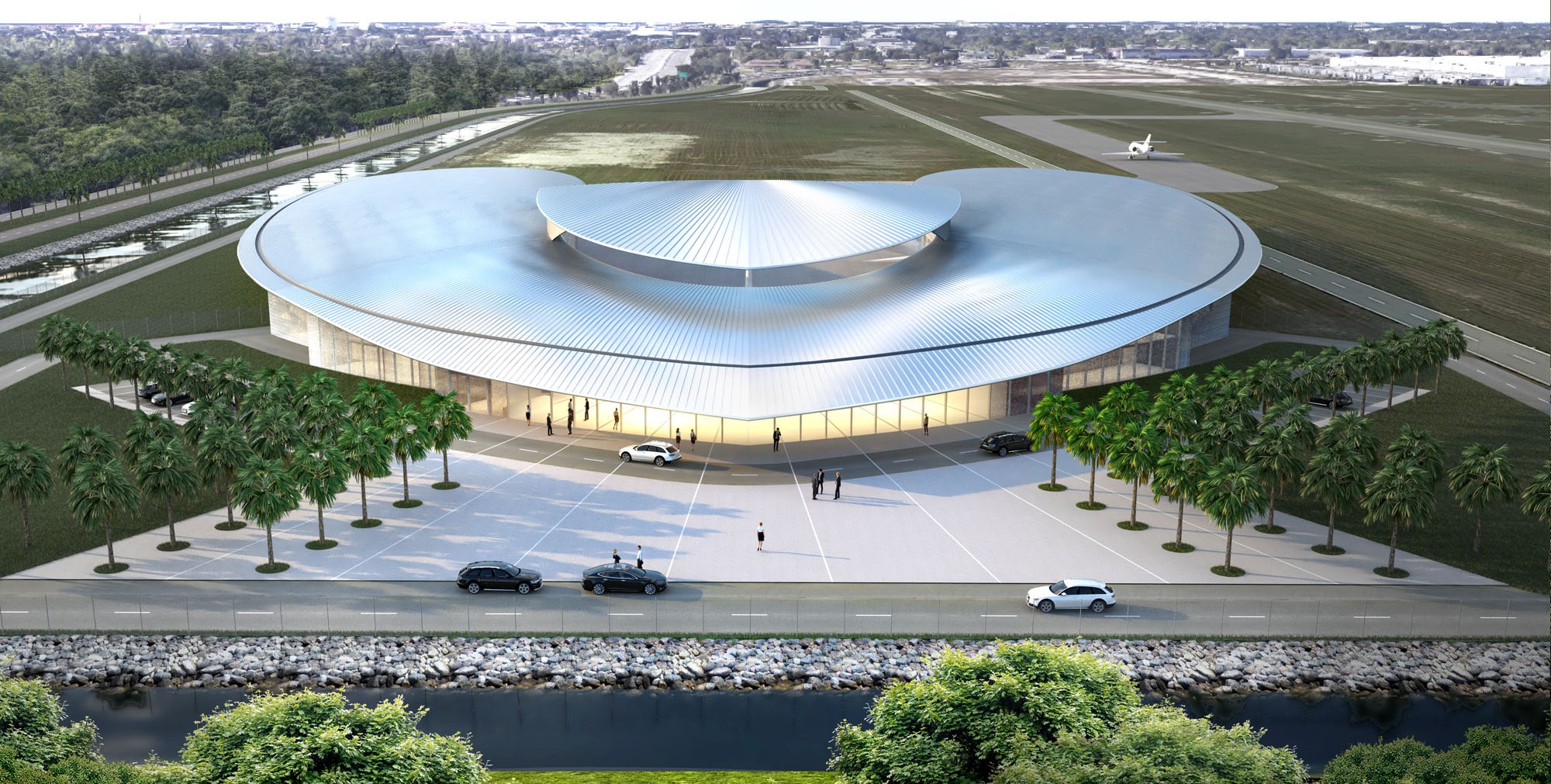