Contractors appear to be nearing completion of part of the podium at Downtown Miami’s 51-story Natiivo Tower, according to new aerial photos by Aaron Demayo.

Another portion of Natiivo’s podium also now appears to be rising separately.

According to an October 2019 submission to the Urban Development Review Board, the project will have a 9-story podium – which now appears to be topping out.

Just three levels in the podium (levels 2, 3 and 4) will be used for parking with 459 stacked spaces, the UDRB submission stated.

Levels five through eight of the podium are dedicated to office space, with 129,244‬ square feet of net leasable space on those levels (14-foot ceiling heights).

The ground floor will include two separate lobbies for the residential and office areas, along with a ground floor Italian market and restaurants, a driveway, and loading areas.

The upper levels of Natiivo will have 100 Gale hotel rooms, 140 Gale hotel-condo units, and 448 residential condos, plus amenities. 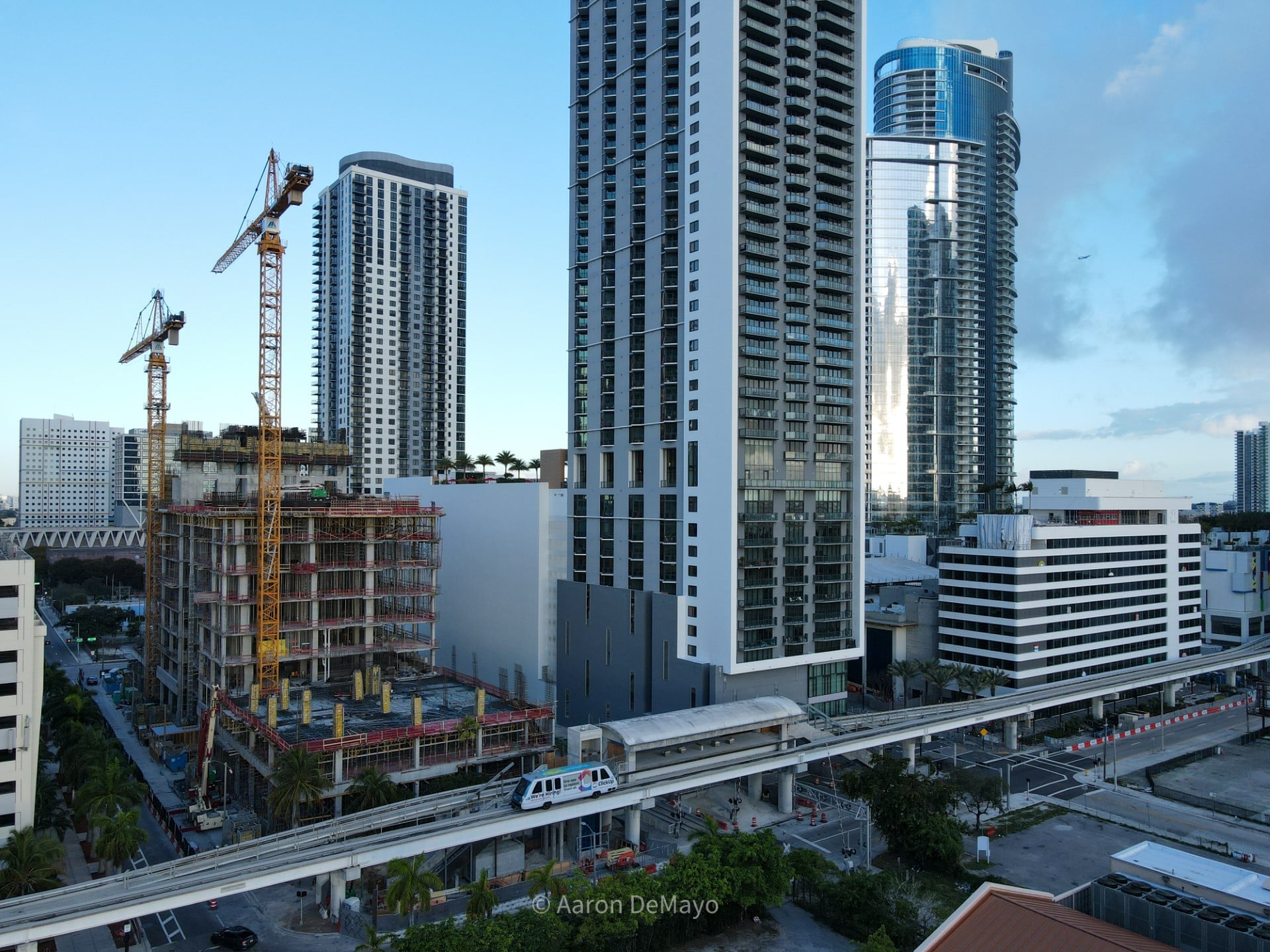 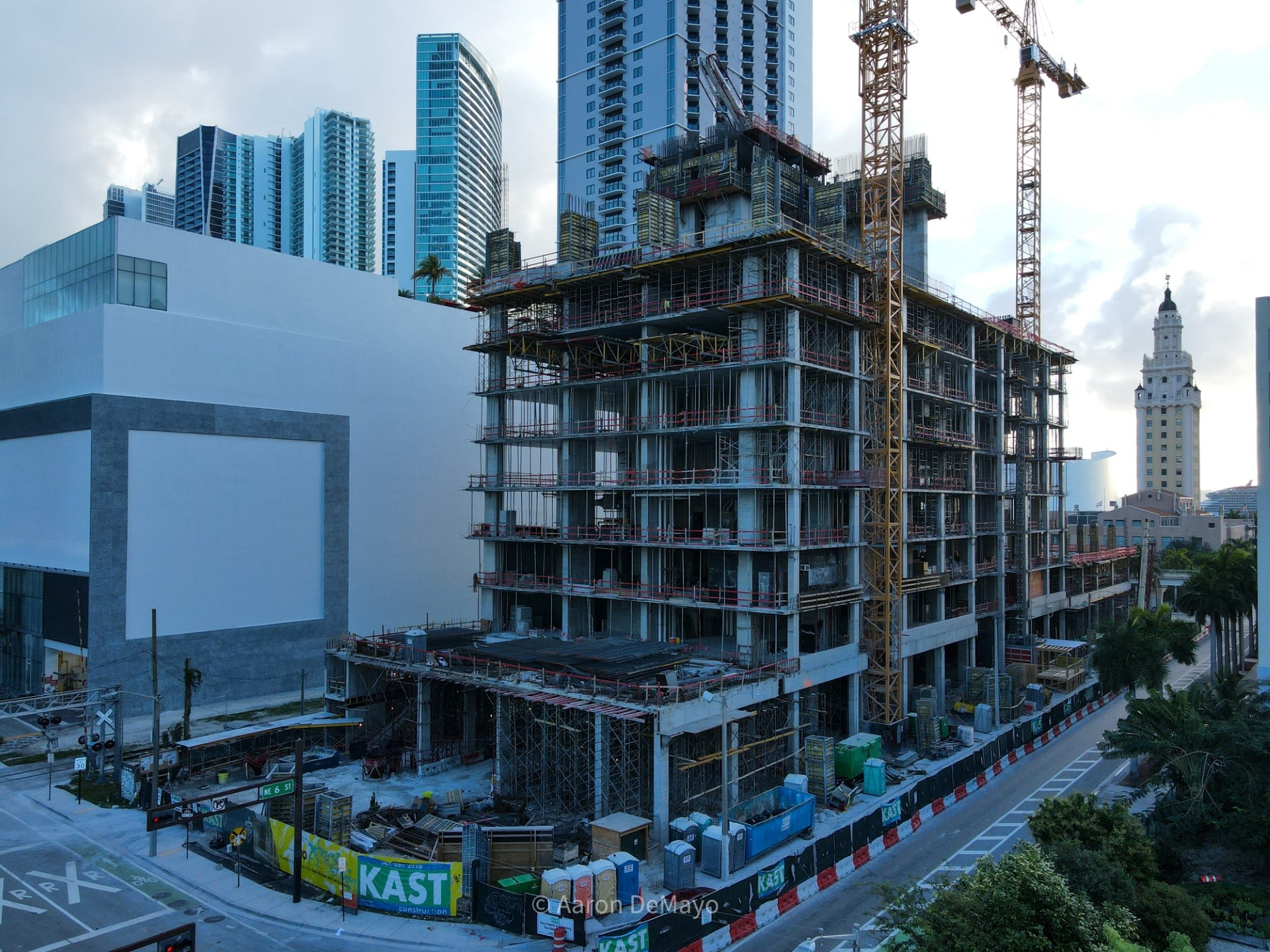 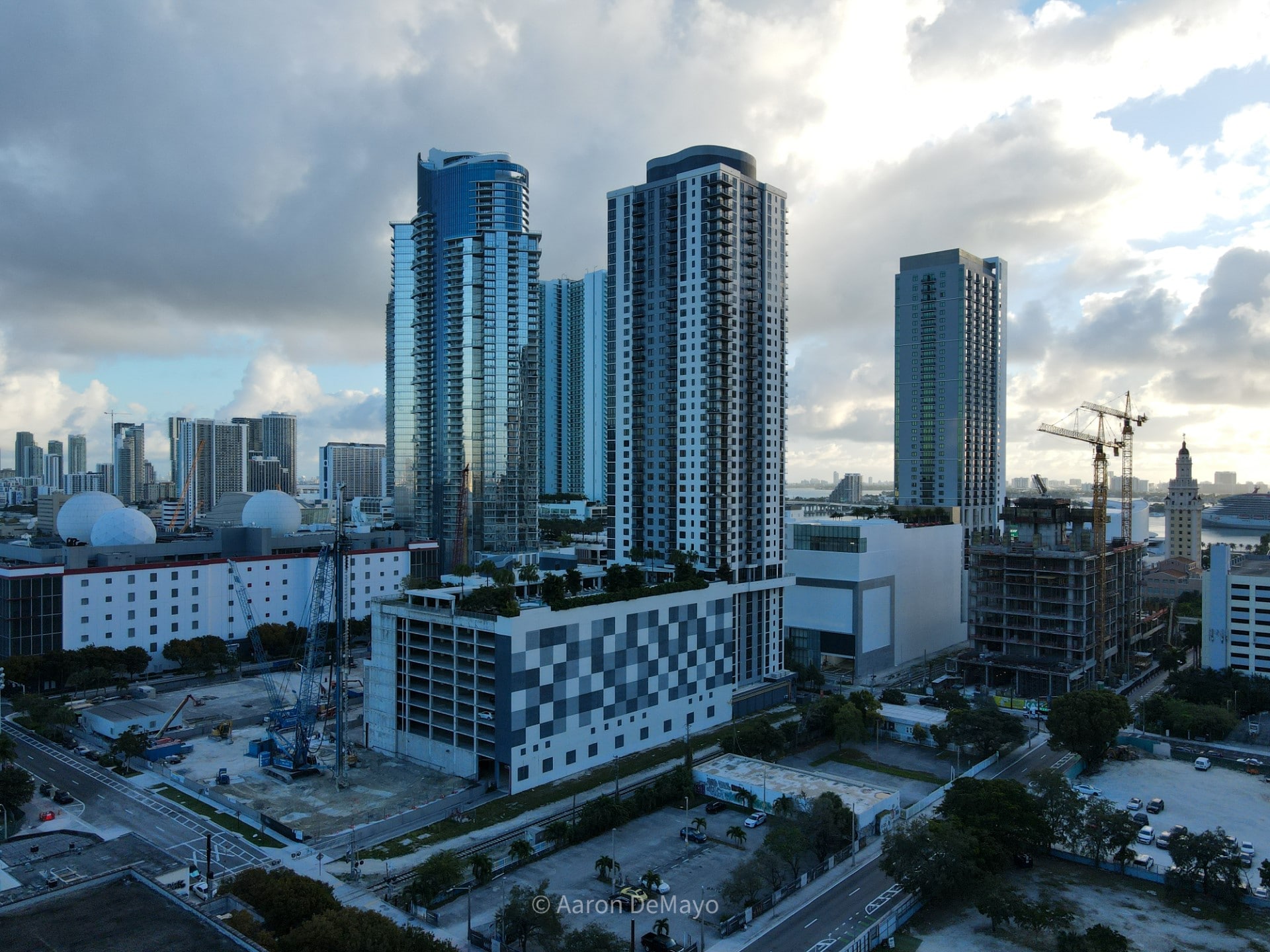 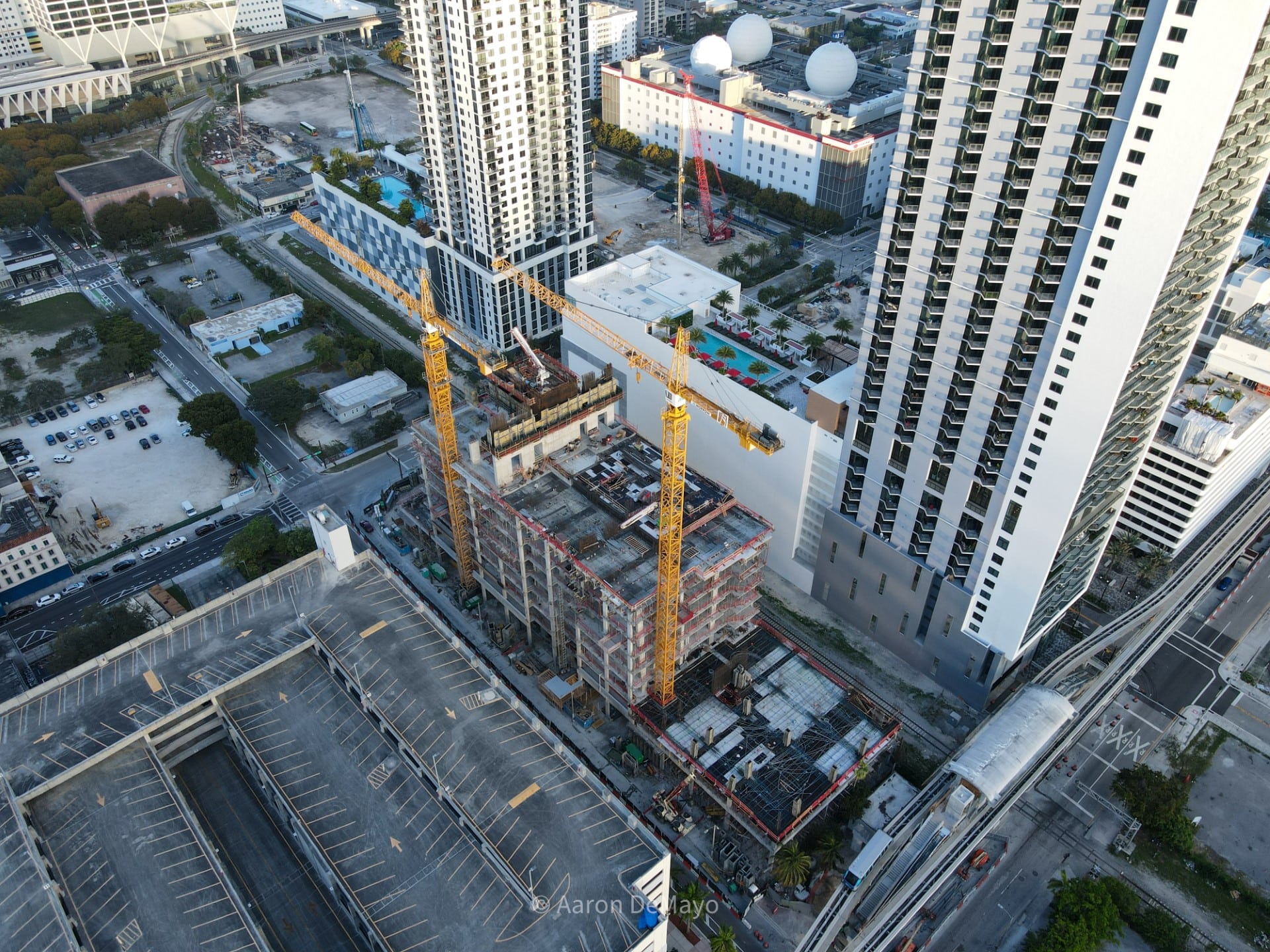 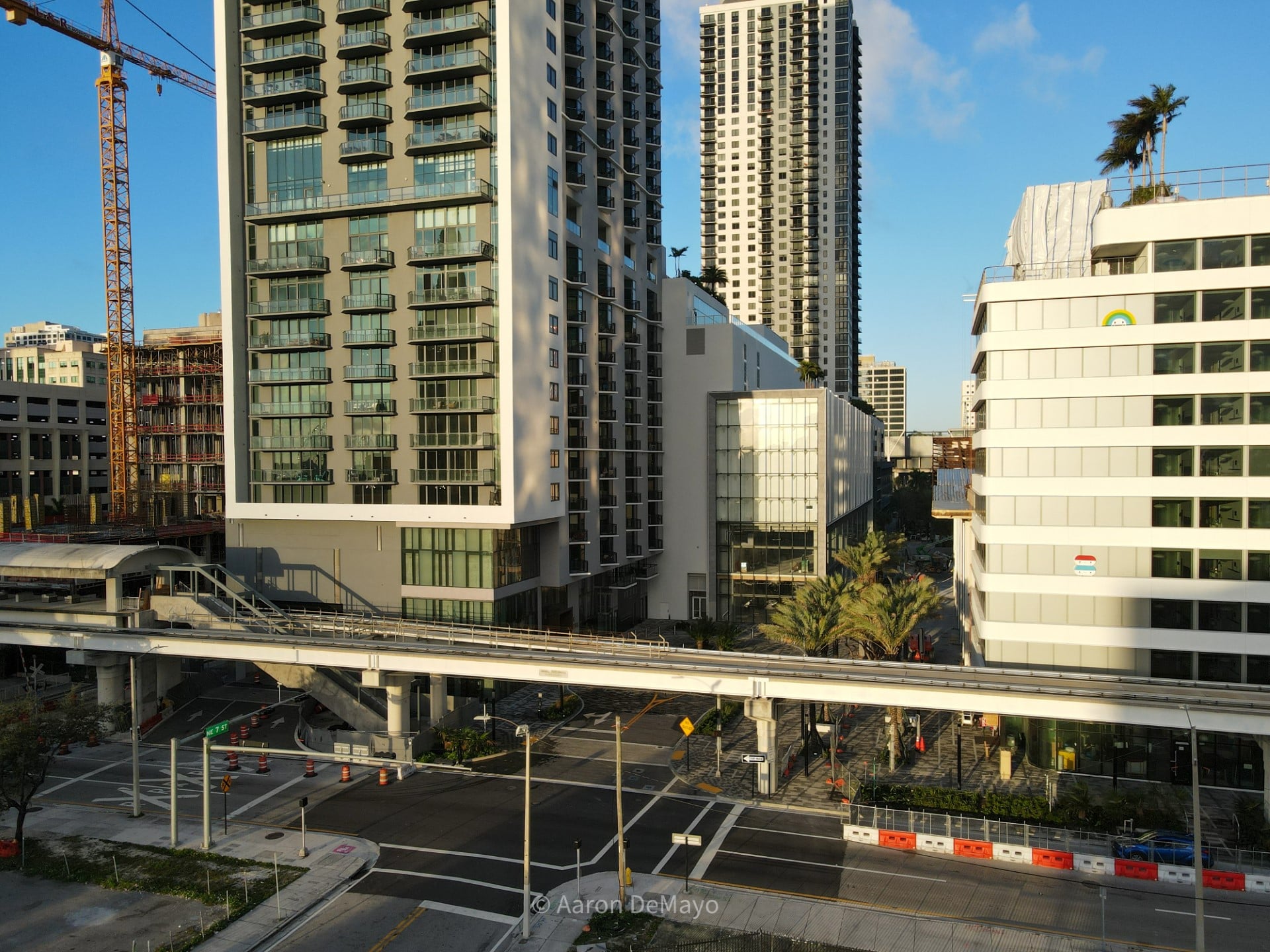 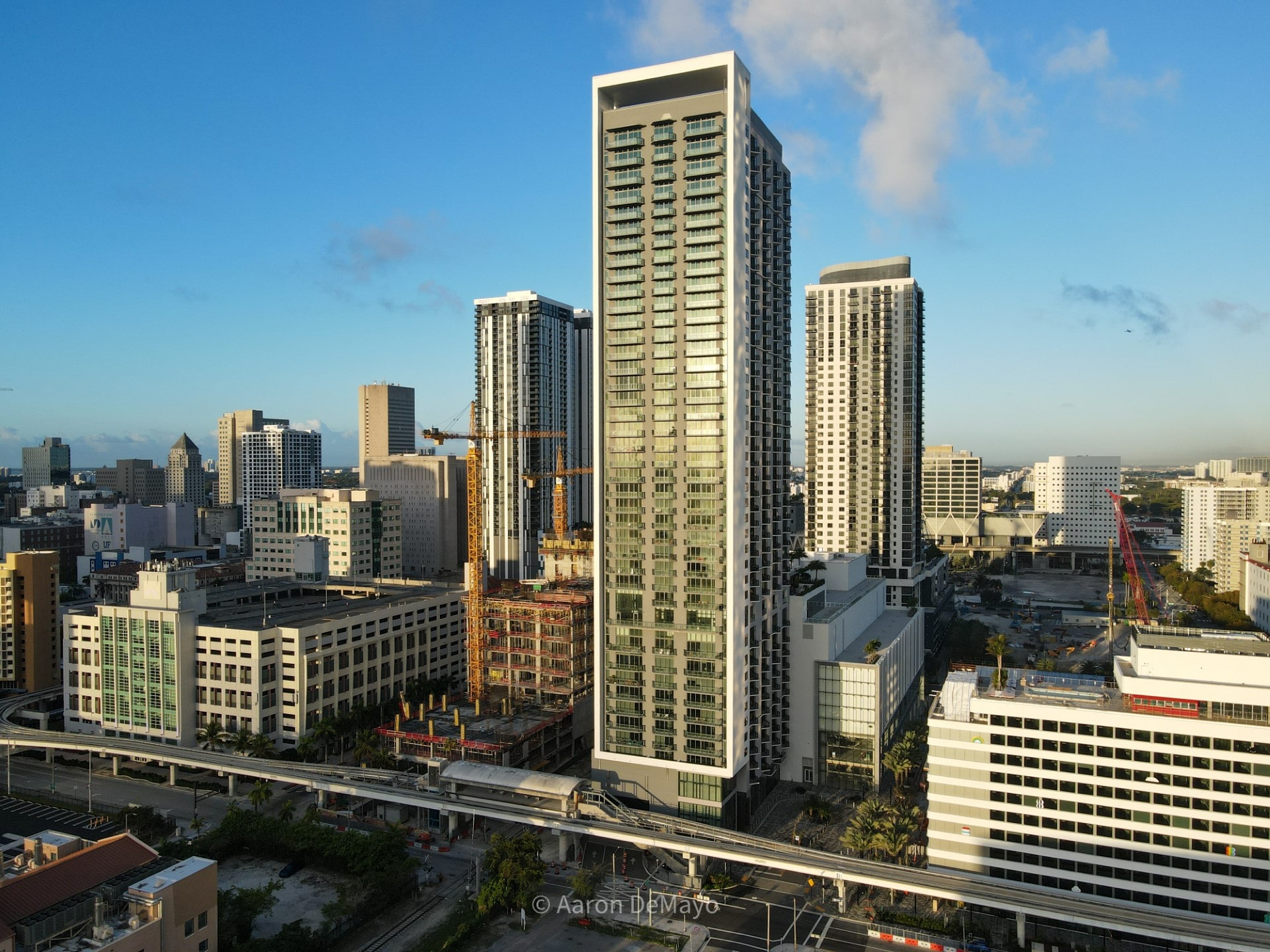 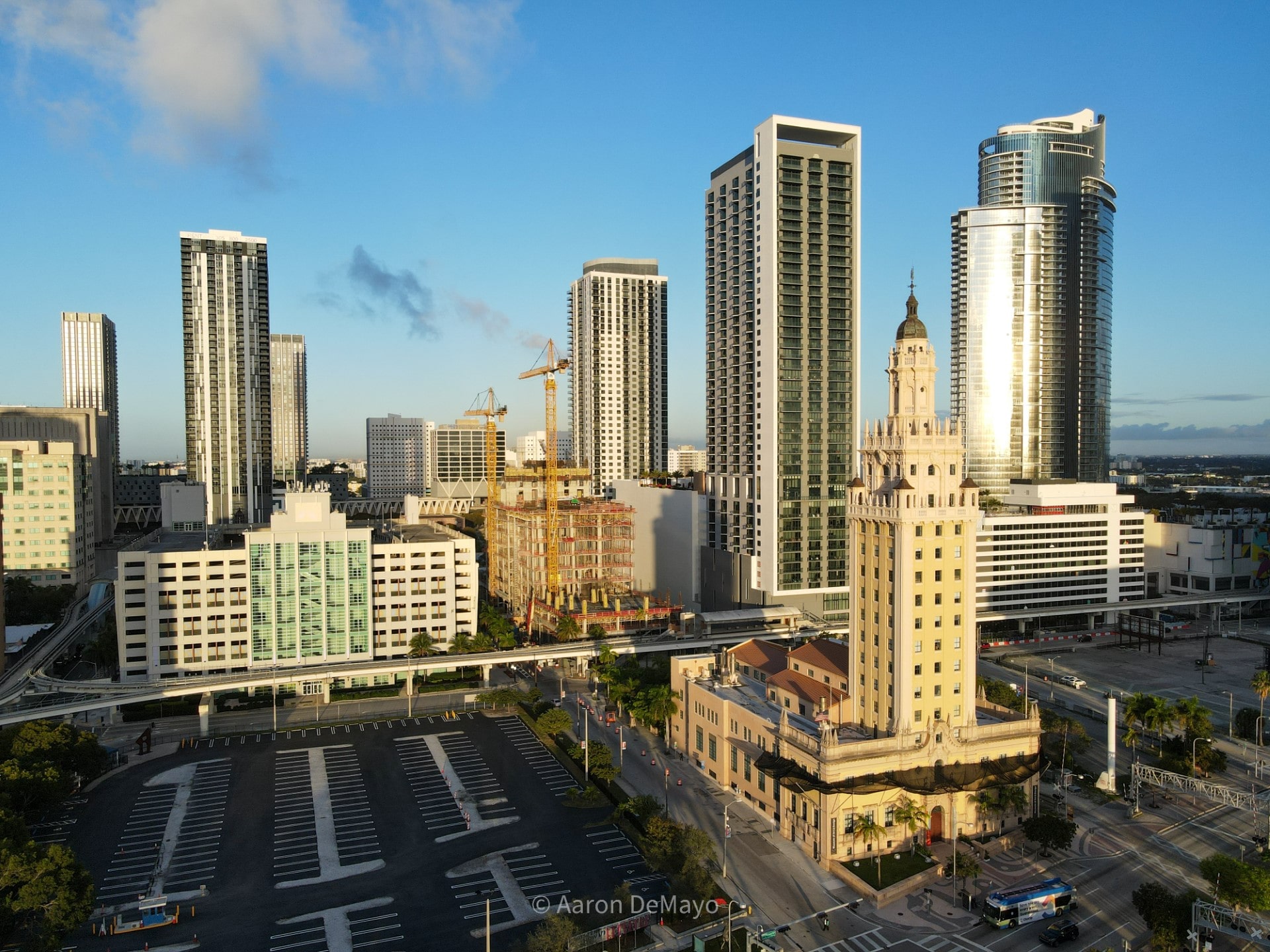 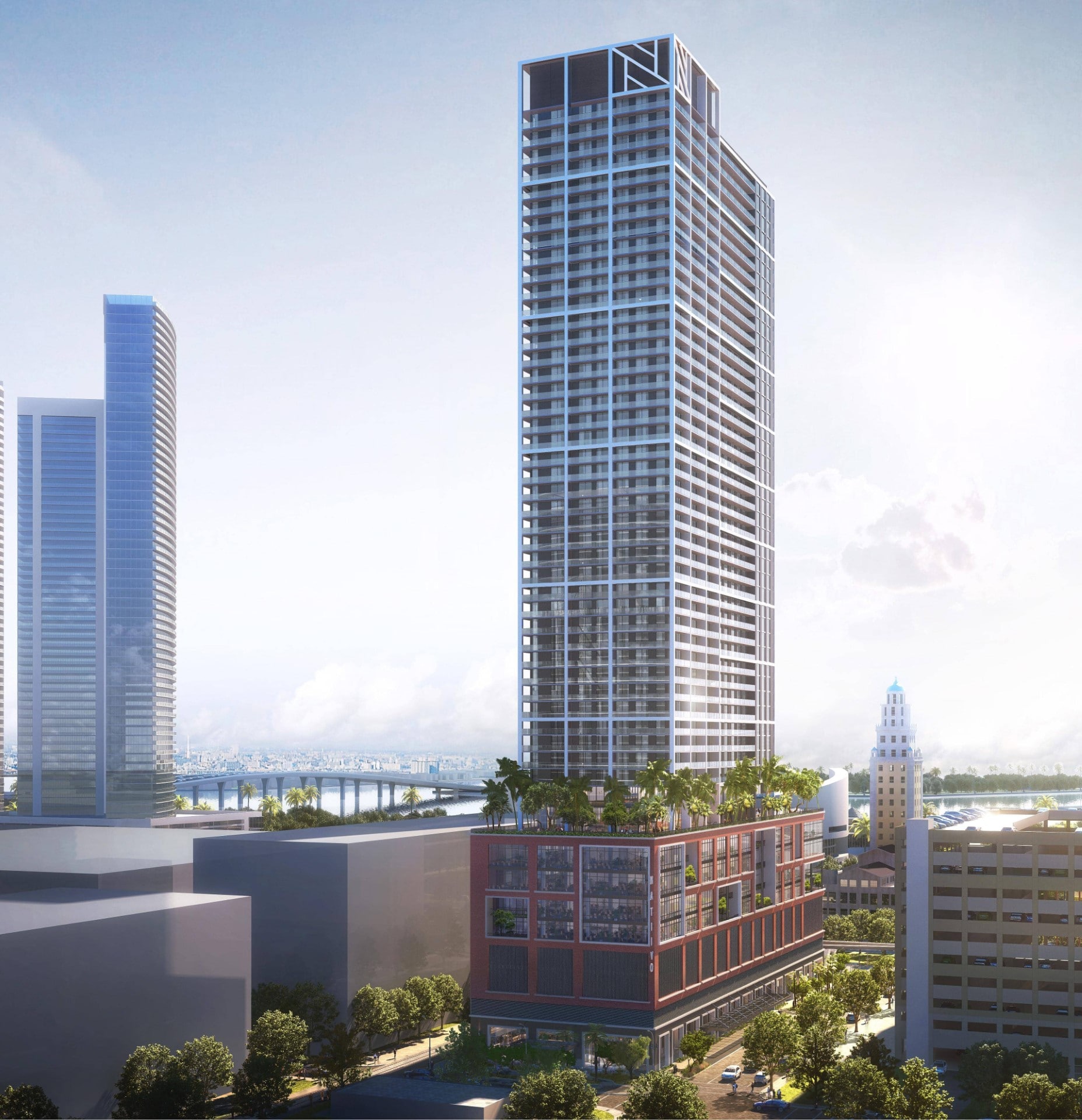