A busy downtown Miami street was under consideration for closure to car traffic to create a new pedestrian plaza, but Miami-Dade county quickly decided against the idea.

Northwest 1st Avenue would have been closed to automobile traffic to create the new plaza, if the suggestion by area stakeholders had been accepted by the county. The closure would have affected a single block, from Flagler Street to 1st Street.

At an April 11 stakeholder meeting, the county was asked to consider creating the pedestrian plaza between the old and new courthouse buildings by closing the street.

A July 1 memo from Mayor Carlos Gimenez states the county’s Department of Transportation and Public Works was unable to approve the closure. A study shows that nearby streets are already operating at an unacceptable “F” level and cannot accommodate any rerouted traffic.

Construction on the new courthouse is scheduled to begin in July 2020, but the county is five months ahead of schedule and will select a developer by November, according to law.com

Three remaining bidders remain for the courthouse project. They are:

MiamiCentral developer and Virgin Trains/Brightline parent Florida East Coast Industries was selected as an alternate, but is now out of the bidding after all three top ranked teams submitted proposals.

The new courthouse site is also polluted with arsenic and other contaminants, likely due to its former use as rail property. Cleanup time and cost is still being studied.

The historic courthouse, which will be replaced. The portion of Northwest 1st Avenue seen below will soon be rerouted to make way for supertall towers at MiamiCentral, and the county considered closing the next block for a pedestrian plaza: 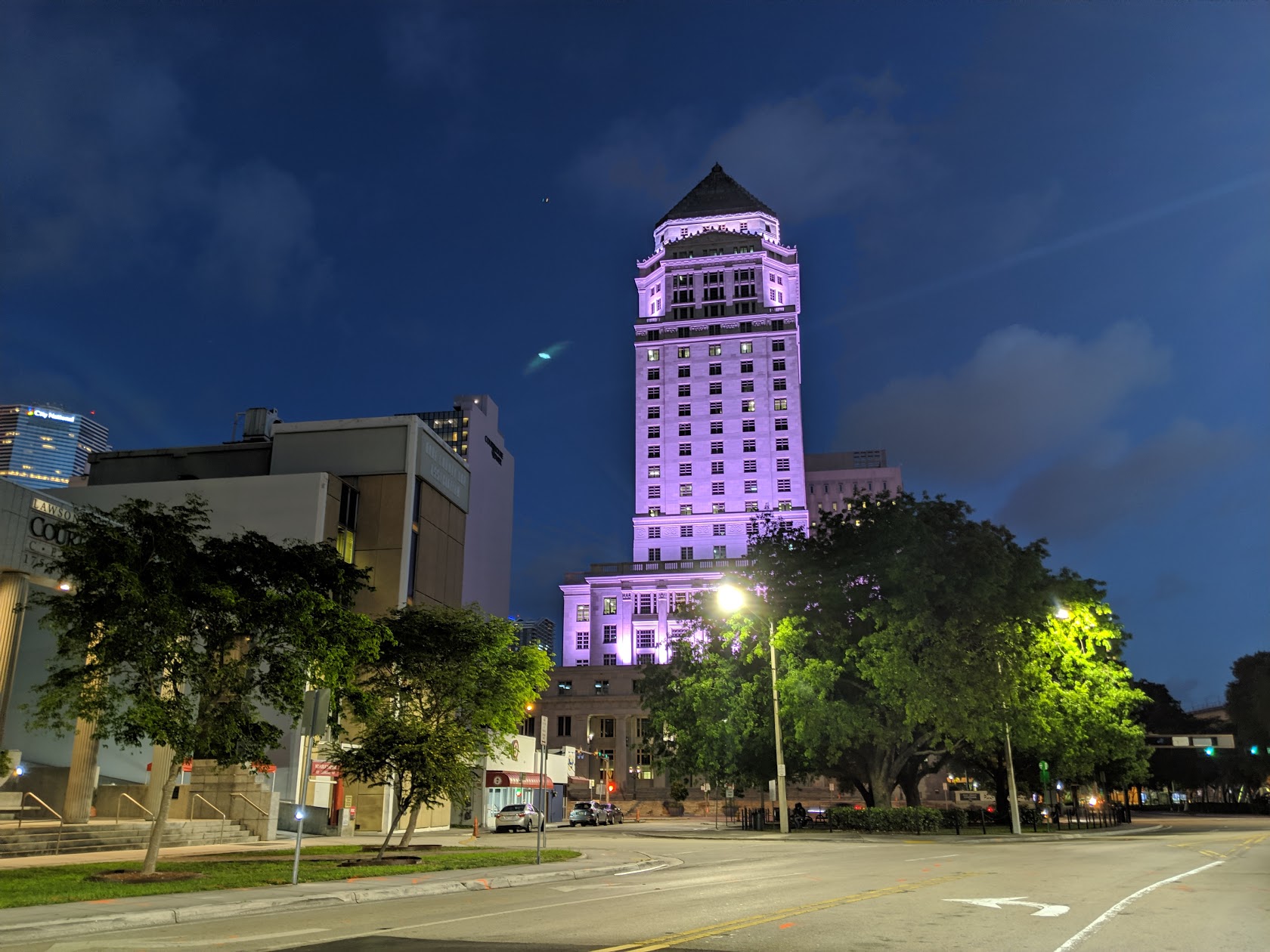