New Rendering Of Island Gardens Released, Settlement Deal Up For Vote This Week

The project appears to have undergone significant value engineering, the new rendering shows.

Mehmet Bayraktar won approval in 2002 to build a twin-tower and retail project on taxpayer-owned land, but never built it. Only floating docks for super yachts have been installed, along with a private club.

Public access to the waterfront property has been closed off by Bayraktar for years. Miami normally requires a baywalk to be built behind any new development even on privately owned land, but none was opened to the public as part of the Island Gardens marina and club.

According to Globest.com, the project is slated to include: 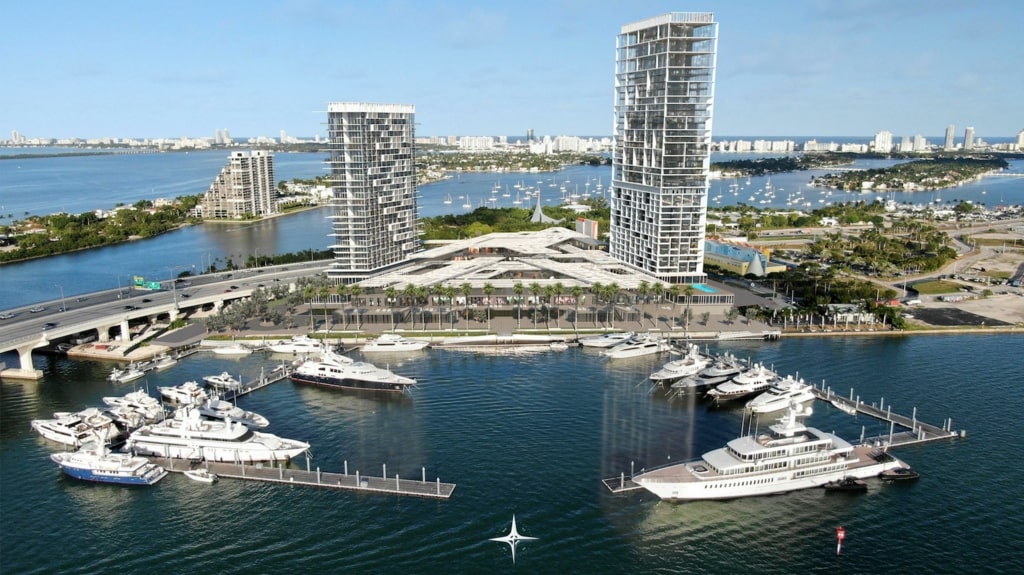 Older renderings and a model: 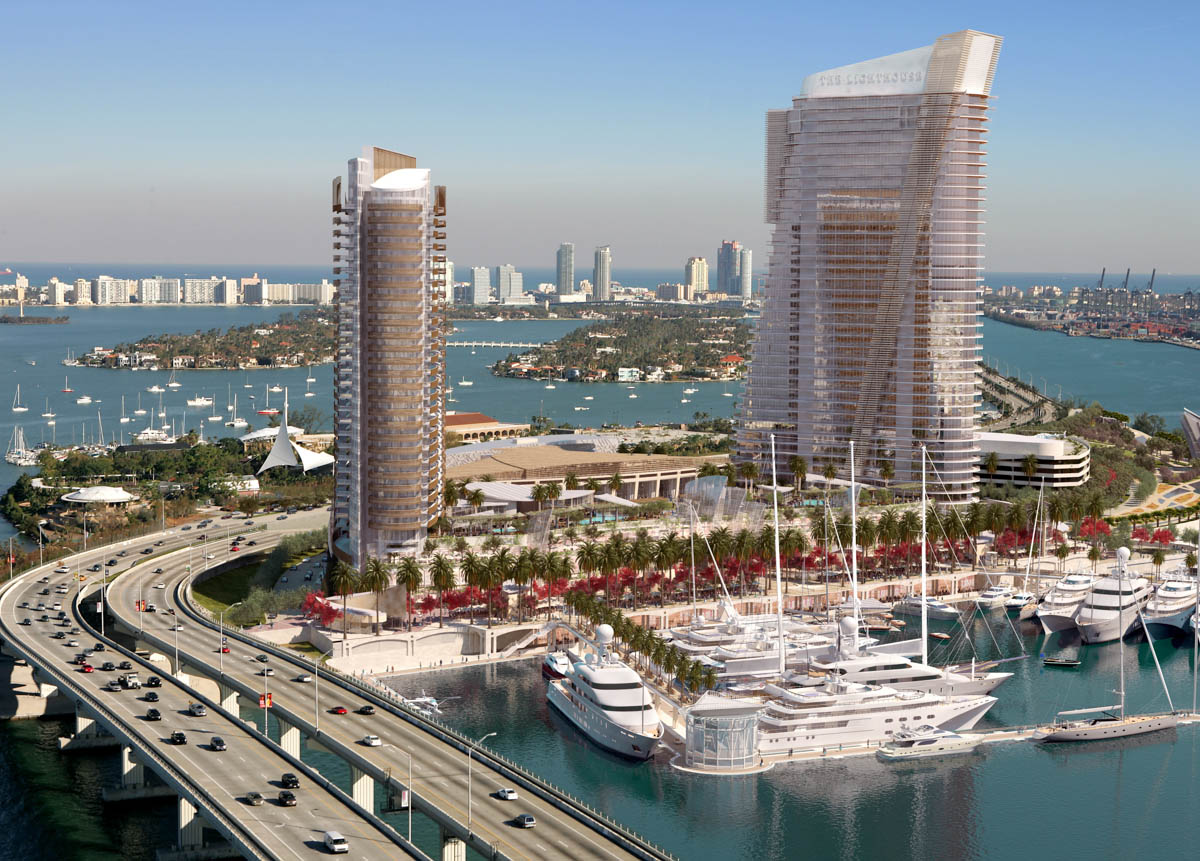 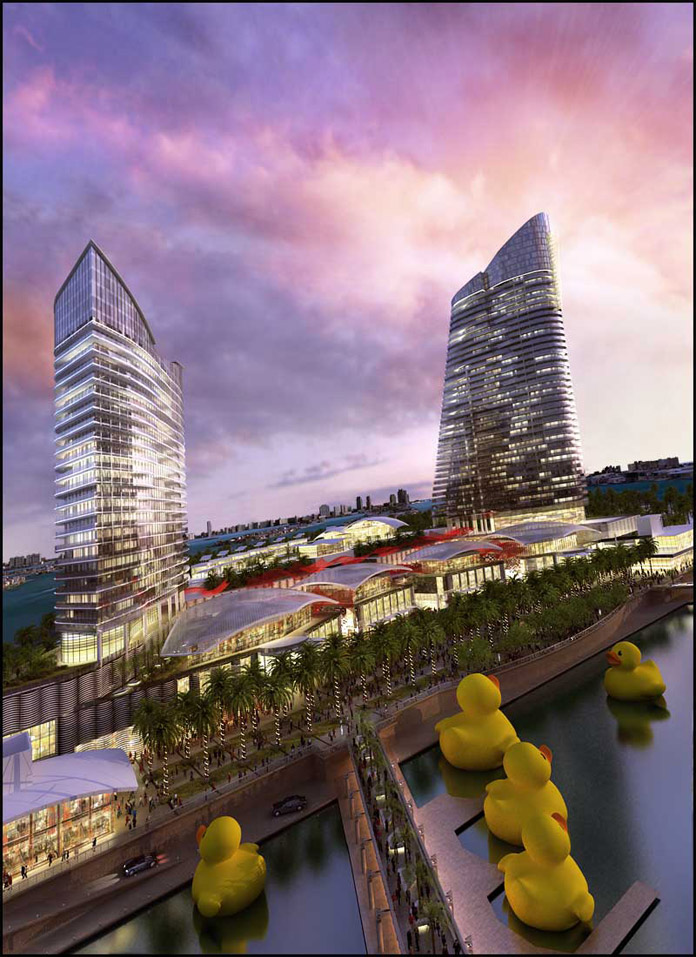 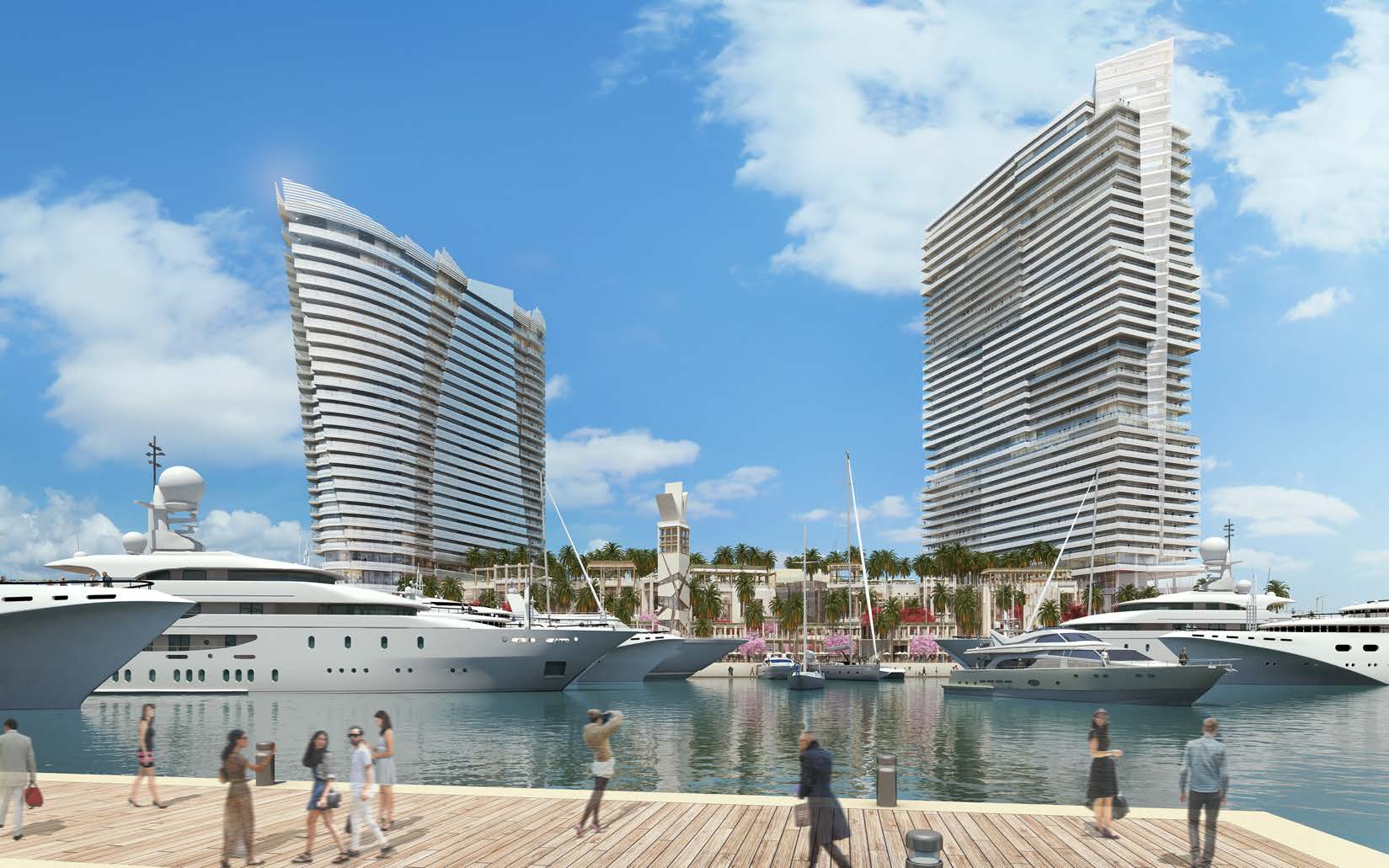 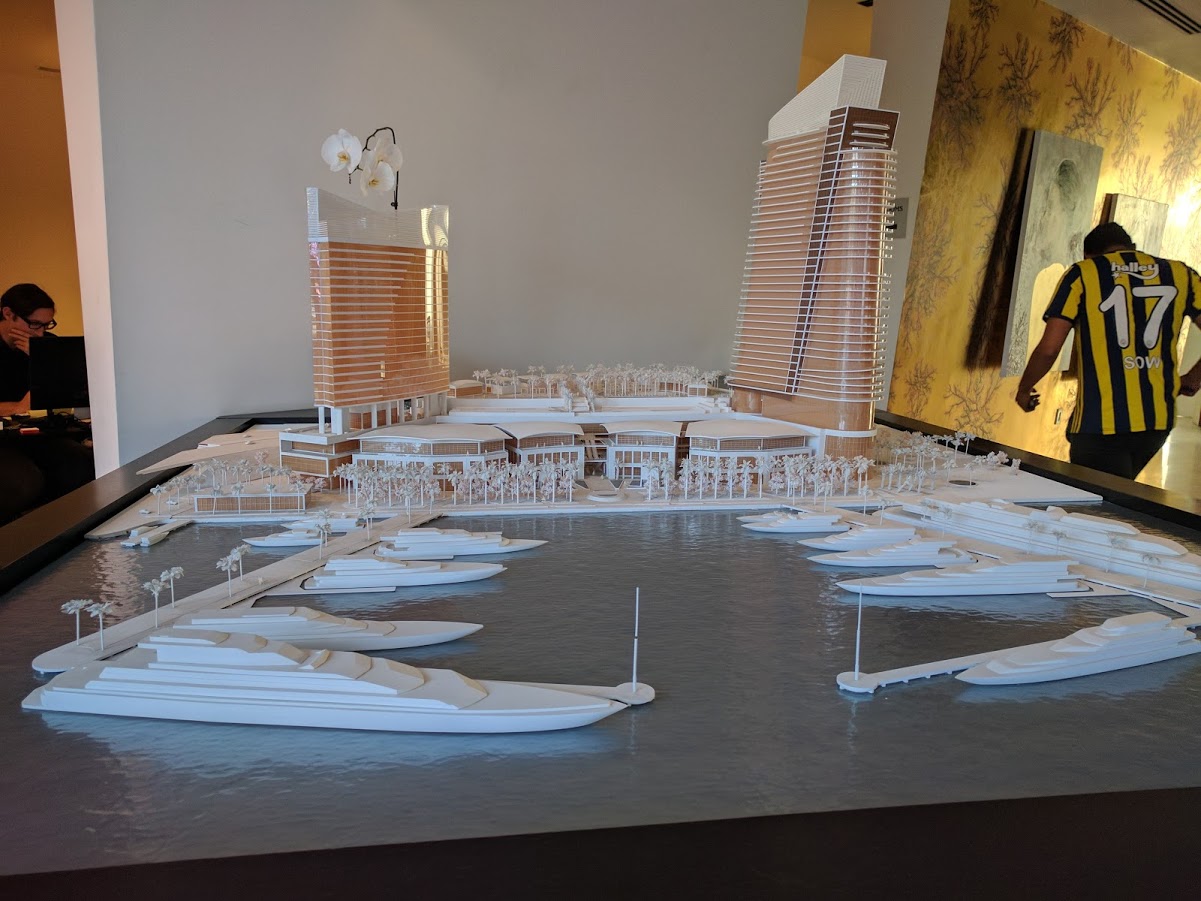