In the new video, a roof appears to shield most fans from sun and rain while leaving the field under open air, in a concept similar to that at Hard Rock Stadium. Arquitectonica, the firm previously announced as the architect for Beckham’s stadium, also was the architect for the roof at the Hard Rock.

‏The roof appears to be white with pink illumination at night, and may also be either translucent or reflective.

A large plaza is shown next to the stadium, along with a lineup of parking garages with rooftop soccer.

A series of other buildings is also shown, which has been said to be a hotel and a tech hub.

Japan’s Softbank announced plans today for a new $5 billion Softbank Innovation Fund, which would have offices in Miami and a focus on Lain America. Softbank COO Marcelo Claure, a partner with Beckham in the Freedom Park project, will oversee the fund (Softbank founder and CEO Masayoshi Son is also a partner in the Miami project).

The location of the Softbank Innovation Fund office hasn’t been announced, but one obvious choice could be the Freedom Park tech hub. 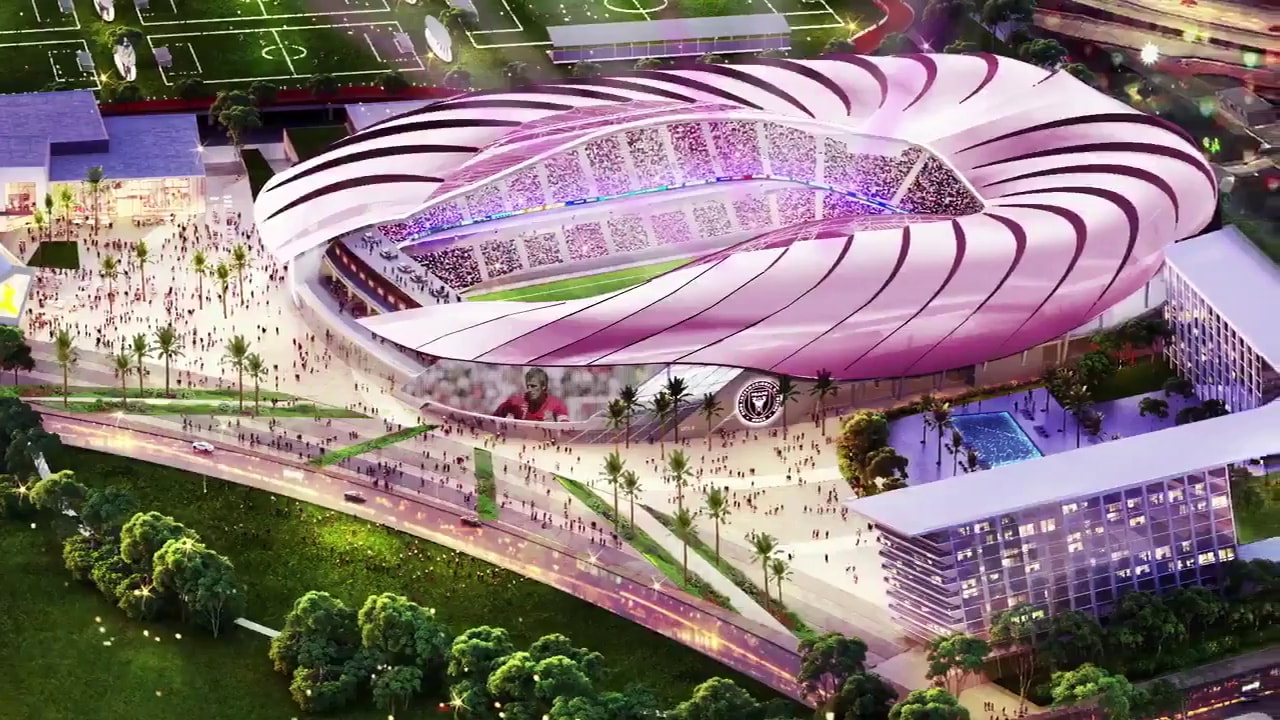 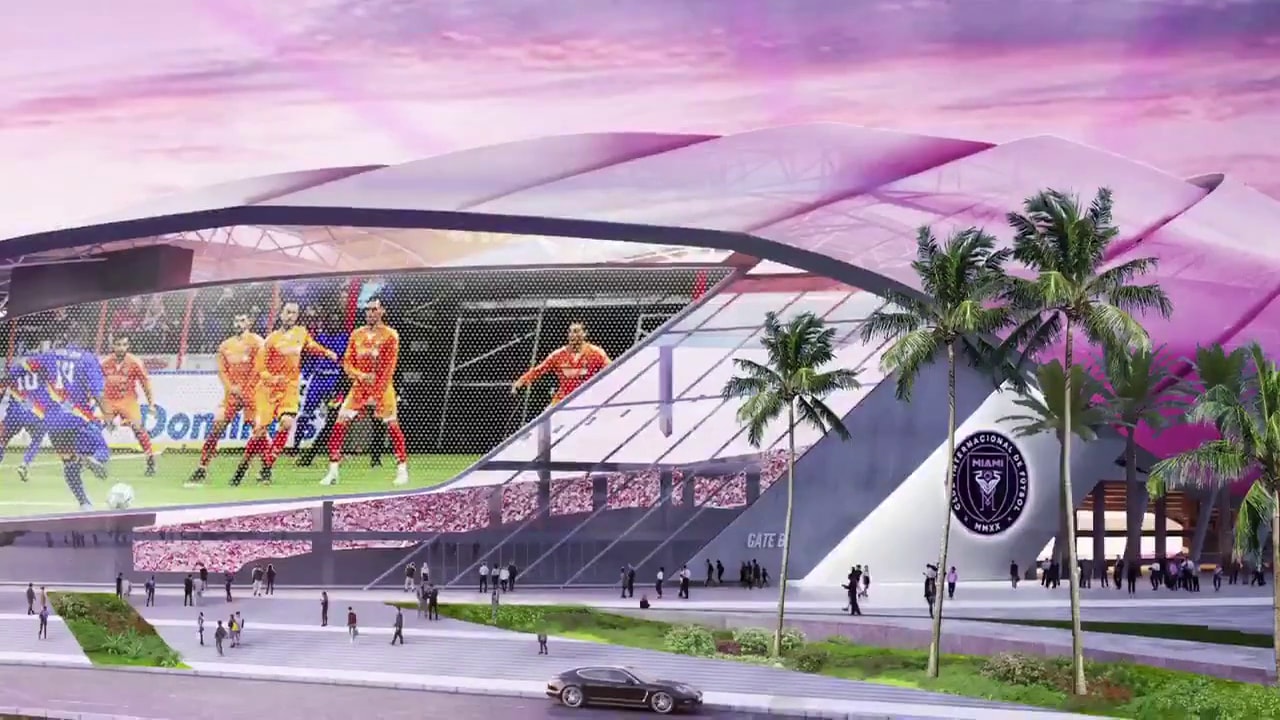 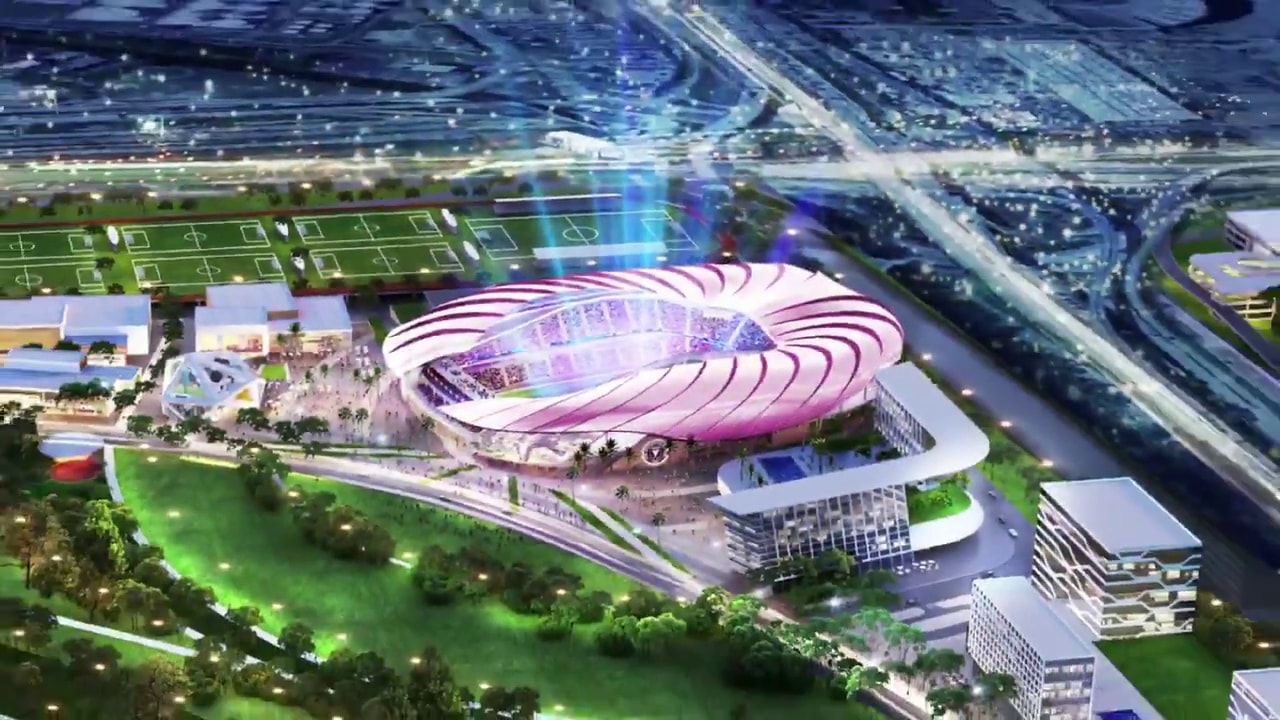 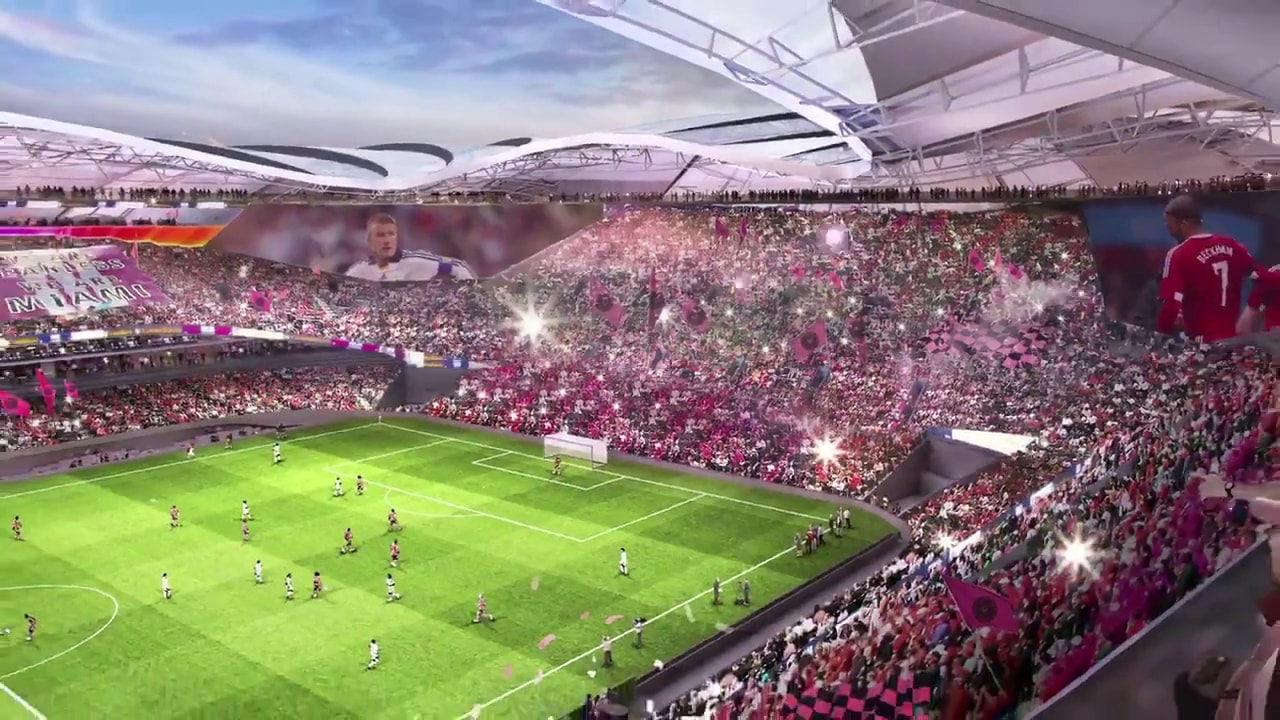 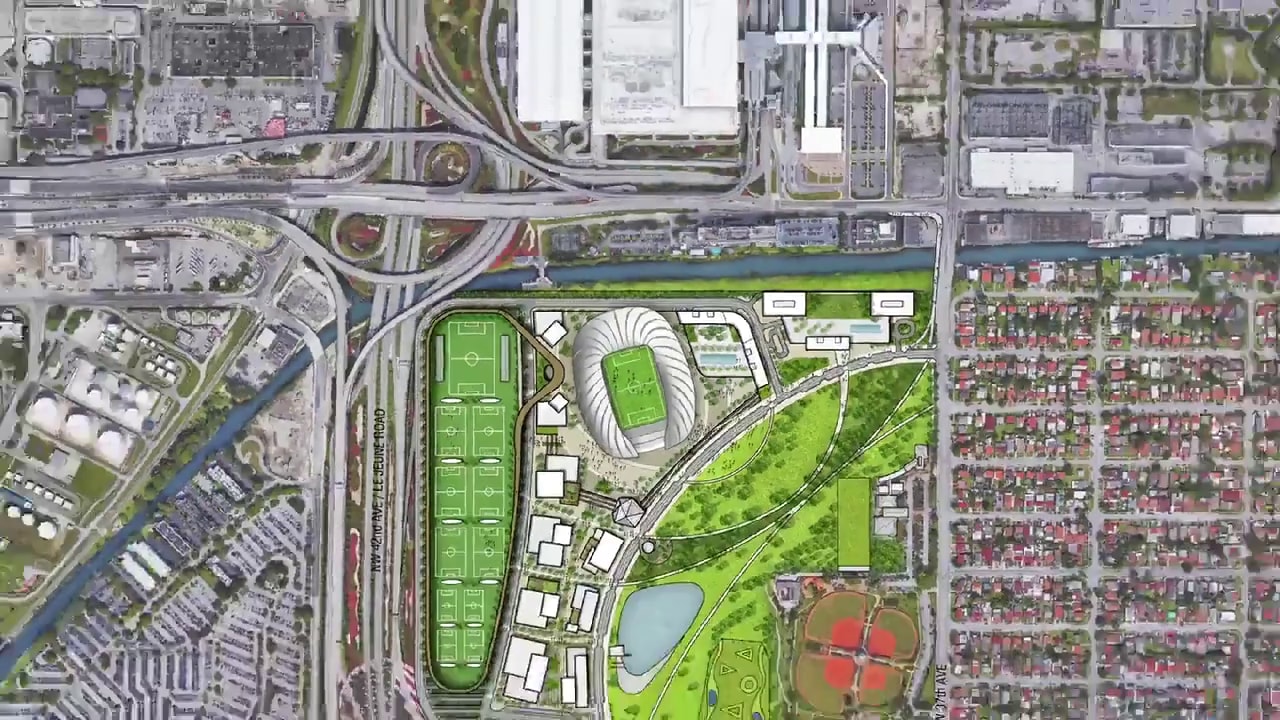 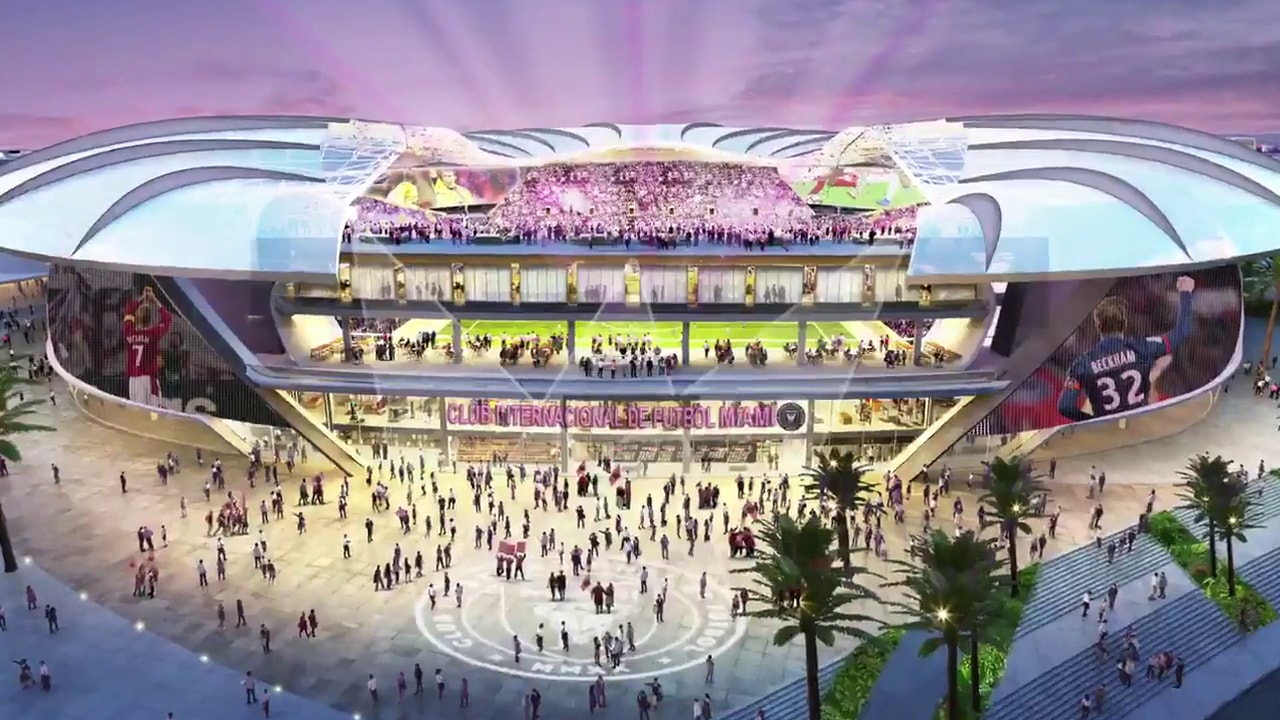 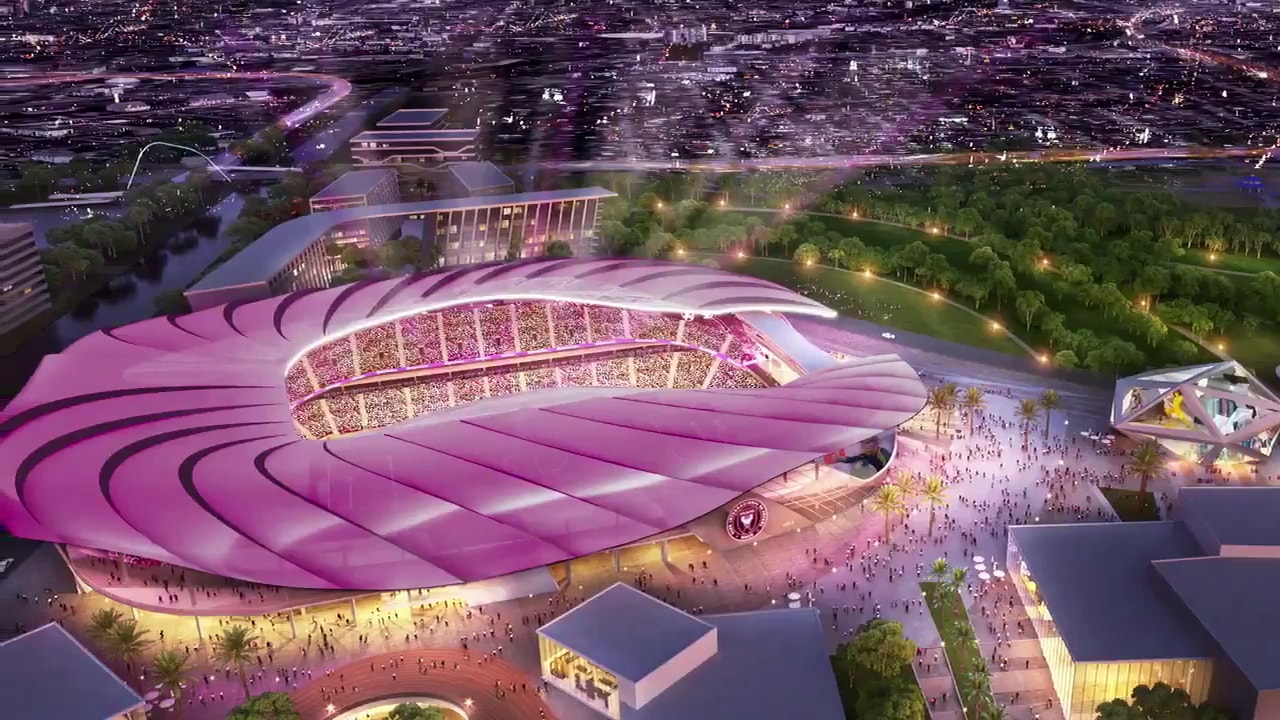