The first rendering shows a sky pool that will hang off the edge of the tower’s 45th floor, with views of downtown Miami from 500 feet in the air. The developer calls the pool “Singapore style,” referring to the pool Marina Bay Sands there.

There will also be another pool on a larger 1-acre deck area on the ninth floor.

A second rendering shows a seven-story air-conditioned glass atrium at the top of the tower, with indoor palm trees, a restaurant, lounge, and a bar. It will be the largest rooftop atrium for a hotel-condo in the U.S.

(An earlier image of an atrium used in marketing material for the project was actually a photo of another tower in London).

Legacy will include 278 condo-hotel units and 256 hotel rooms.

The developer of the project has also announced a new timeline for construction, according to the Herald: Groundbreaking is scheduled for late summer of 2020, with completion in fall of 2023. 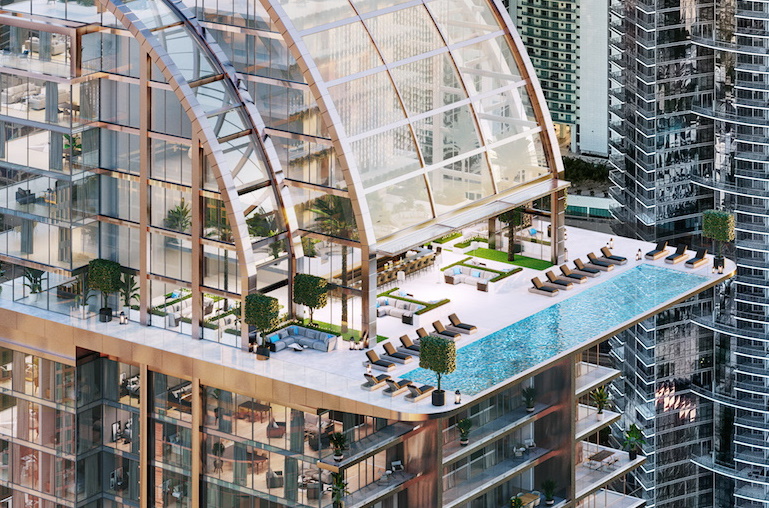 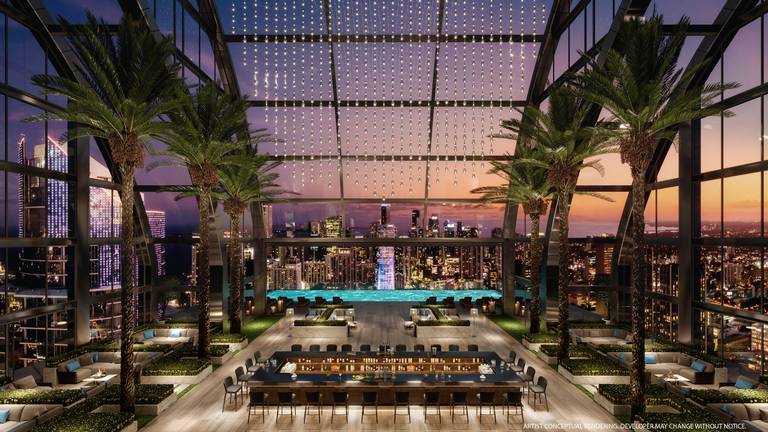 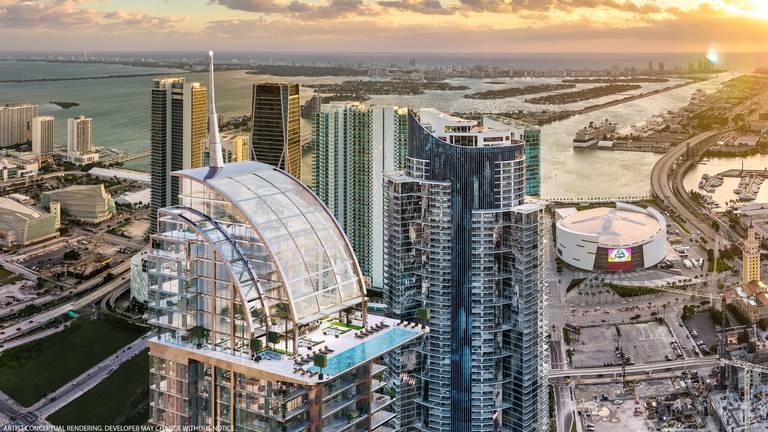