Plans for a twin-tower project in Dadeland designed by Arquitectonica have been submitted by New York developer Macklowe.

The project will be a transit-oriented development. Miami-Dade County Planners received a copy of the plans yesterday.

The project site is a strip of land in between the Dadeland North Metrorail station and Dadeland Mall. A trip to Brickell from the adjacent station takes exactly 15 minutes by train.

Both towers are proposed to rise 25 stories, or 347 feet above ground.

The towers will be connected by a four-story podium with a parking garage. There will be two separate amenity decks on levels 5 and 21, both connecting to each of the towers.

The combined project will include:

The entity developing the property is listed as LACINYC, Corp., with an email address at Macklowe.com as the contact person.

Previously, a project designed by NBWW was approved for the site, with fewer apartments. The new developer is seeking to modify that approval.

Renderings have not been filed yet. An elevation is below: 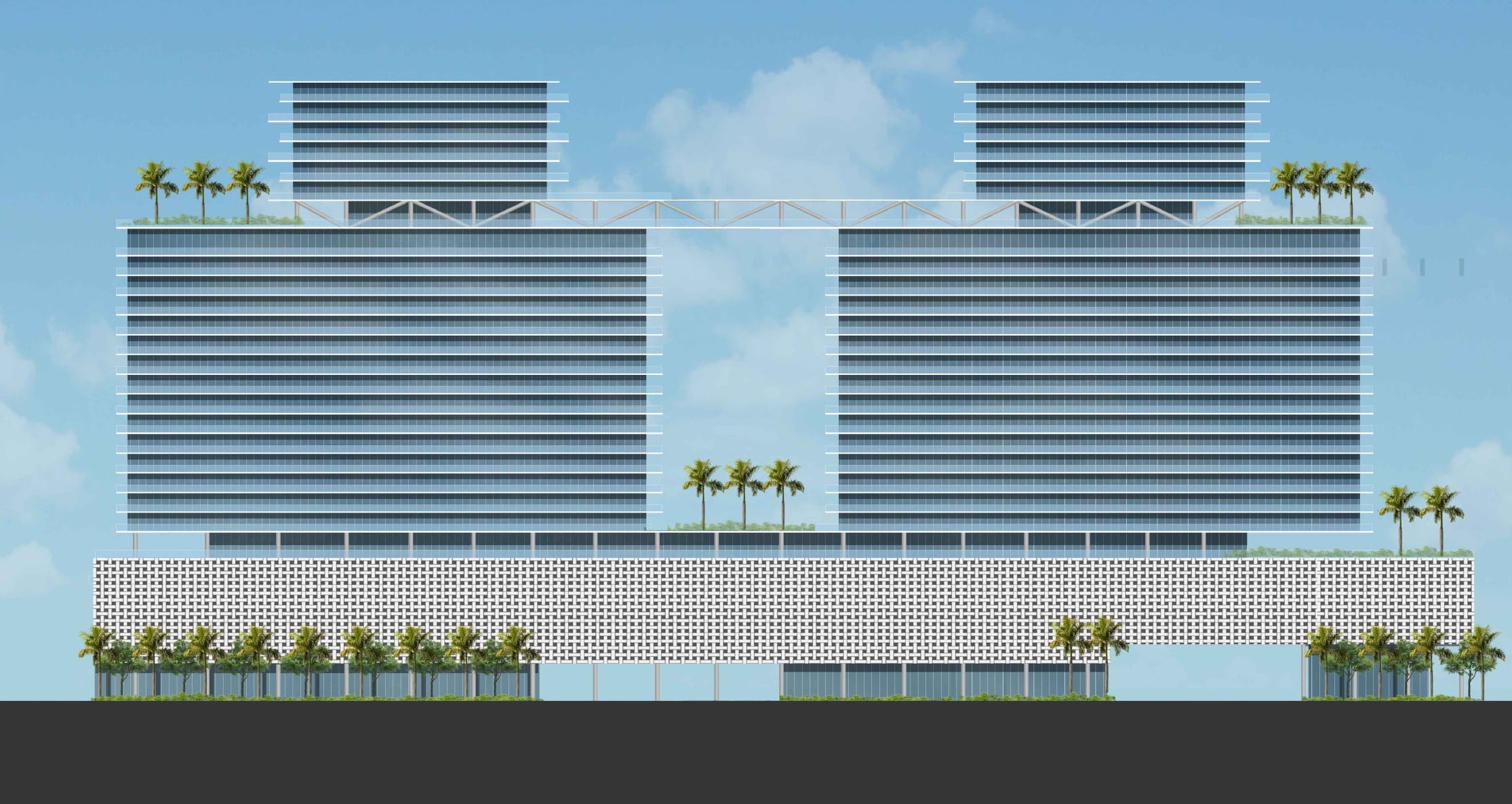