A developer submitted plans for a 26-story condo and hotel building in Sunny Isles known as Cornfeld West, but the project is in redesign and will likely be reduced in height.

The proposed building would be on the west side of Collins Avenue, and would have exceeded the height limit of 15 stories for the site. Commissioners voted to defer the project last month rather than grant a variance.

Under plans reviewed by the commission, the project would have included 122 condo units and a 150-key hotel. The revised project could still be similar in size, but will be shorter and bulkier.

The land, which is behind Marshalls at 16800 Collins Avenue, is currently being used as a parking lot for the Newport Hotel. A 1998 site plan that was approved by the city called for a parking garage on the site to serve the hotel. 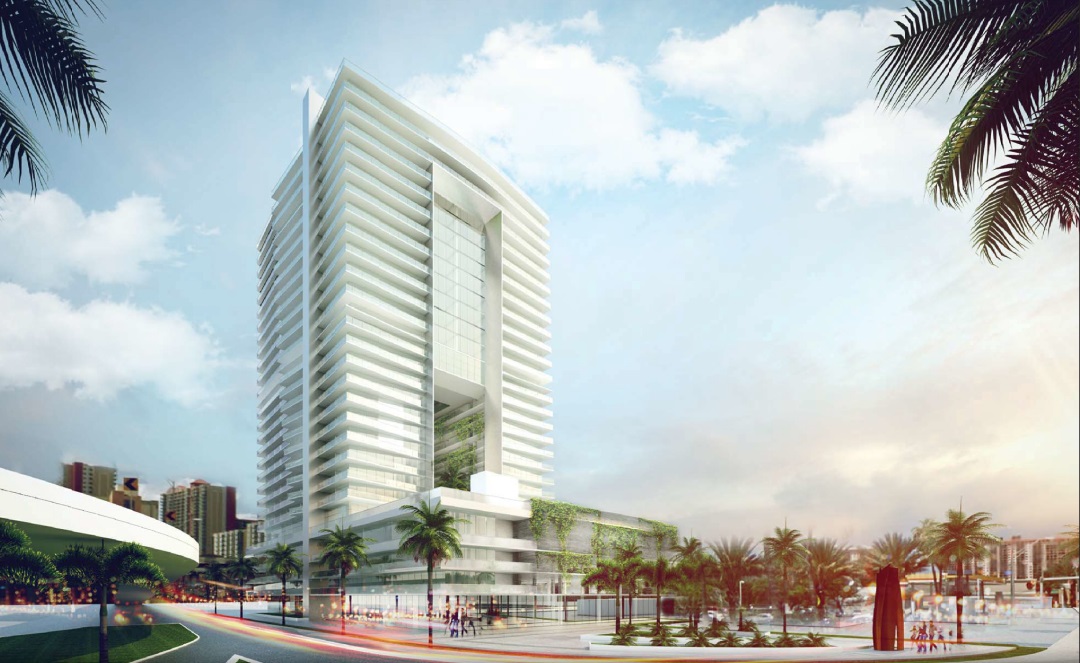 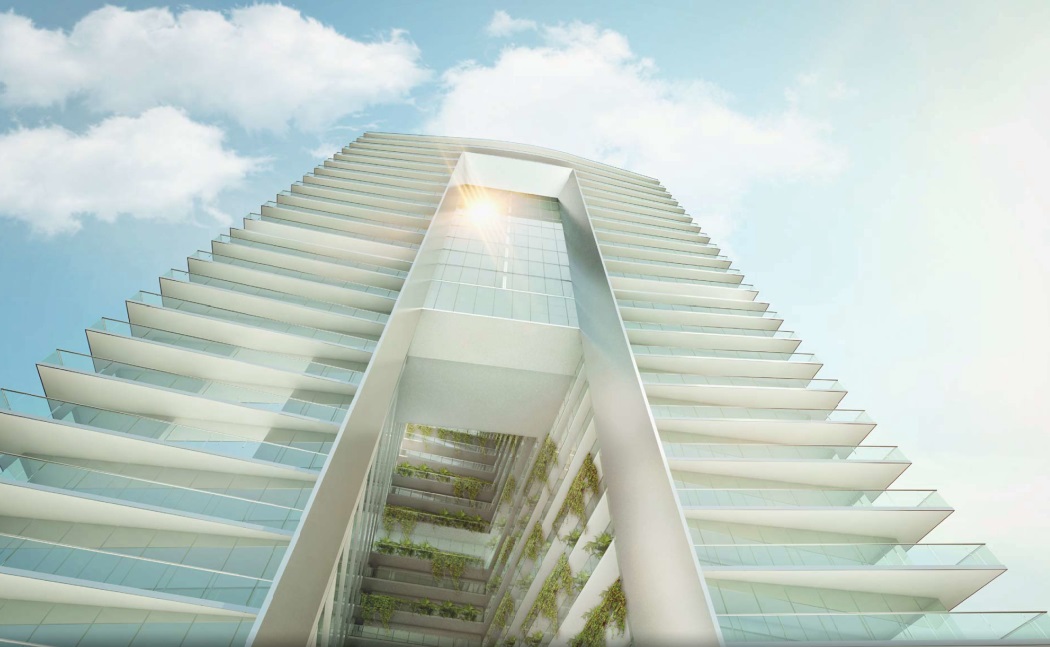