PortMiami’s newest cruise terminal, known as the “Pearl of Miami,” opened yesterday – and it will have shore power.

Norwegian Cruise Line built the facility with a spiraled, multi-level façade inspired by the nautilus.

The cruise line broke ground on the facility in April 2018, and eventually the cost increased to an estimated $215 million, up from $165 million. It also took longer to complete than expected, and opening was further delayed due to the pandemic.

The company finally inaugurated the facility on Sunday, with a departure by the Norwegian Gem.

It is Norwegian’s third ship to set sail following a 17-month suspension. The company’s first ship set sail on July 25.

The new facility spans 188,000 square feet and can accommodate cruise ships carrying up to 5,000 passengers.

Norwegian calls the facility a “construction marvel. ” It was designed with sustainability in mind.

The terminal was built to LEED Gold standards for optimizing energy, water efficiency, air quality and utilization of local materials and resources.

There are approximately 122,000 square feet of energy-saving glass features.

In addition, approximately 90% of all subcontractors, vendors and suppliers were local to the region, reducing the carbon footprint of the project and encouraging local economic growth.

Norwegian also recently announced a partnership with Miami-Dade County to make the terminal “Shore-Power Ready” by fall 2023, reducing polluting emissions from ships while they are docked.

There’s also a curated collection of art throughout the complex as part of the Miami Dade County Art in Public Places program.

Norwegian is headquartered in Miami.

Miami’s Bermello Ajamil & Partners is the architect of the new terminal. 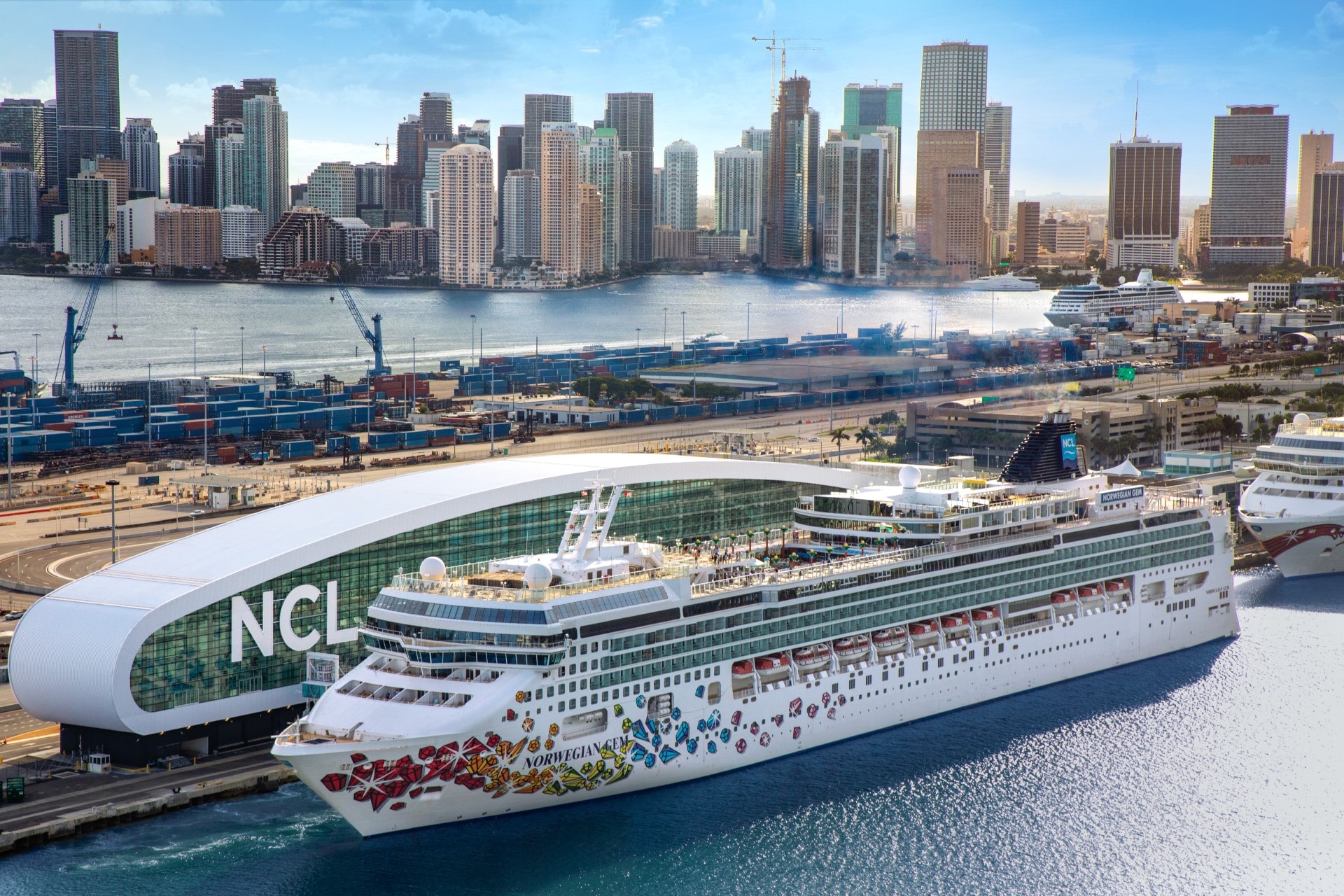 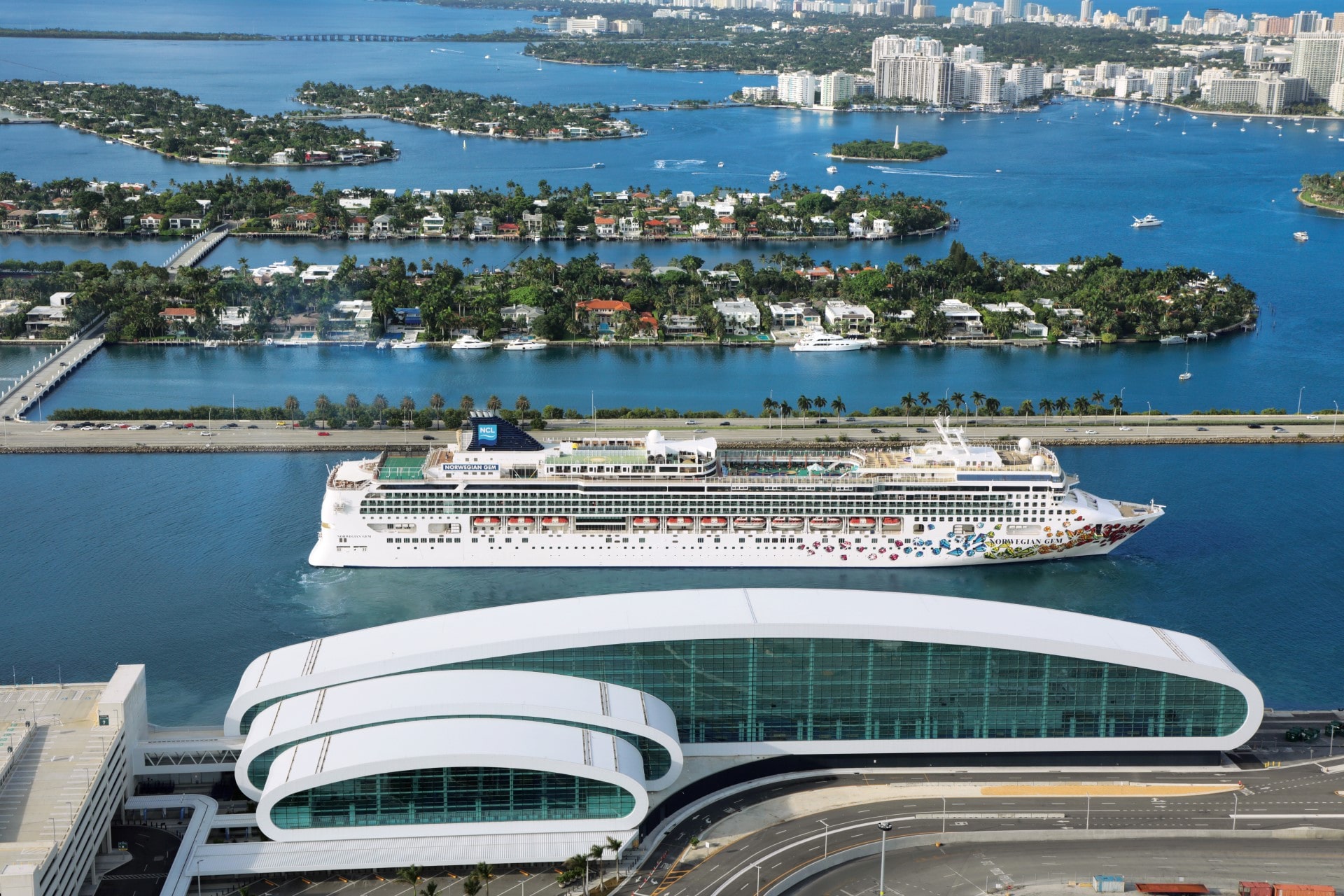 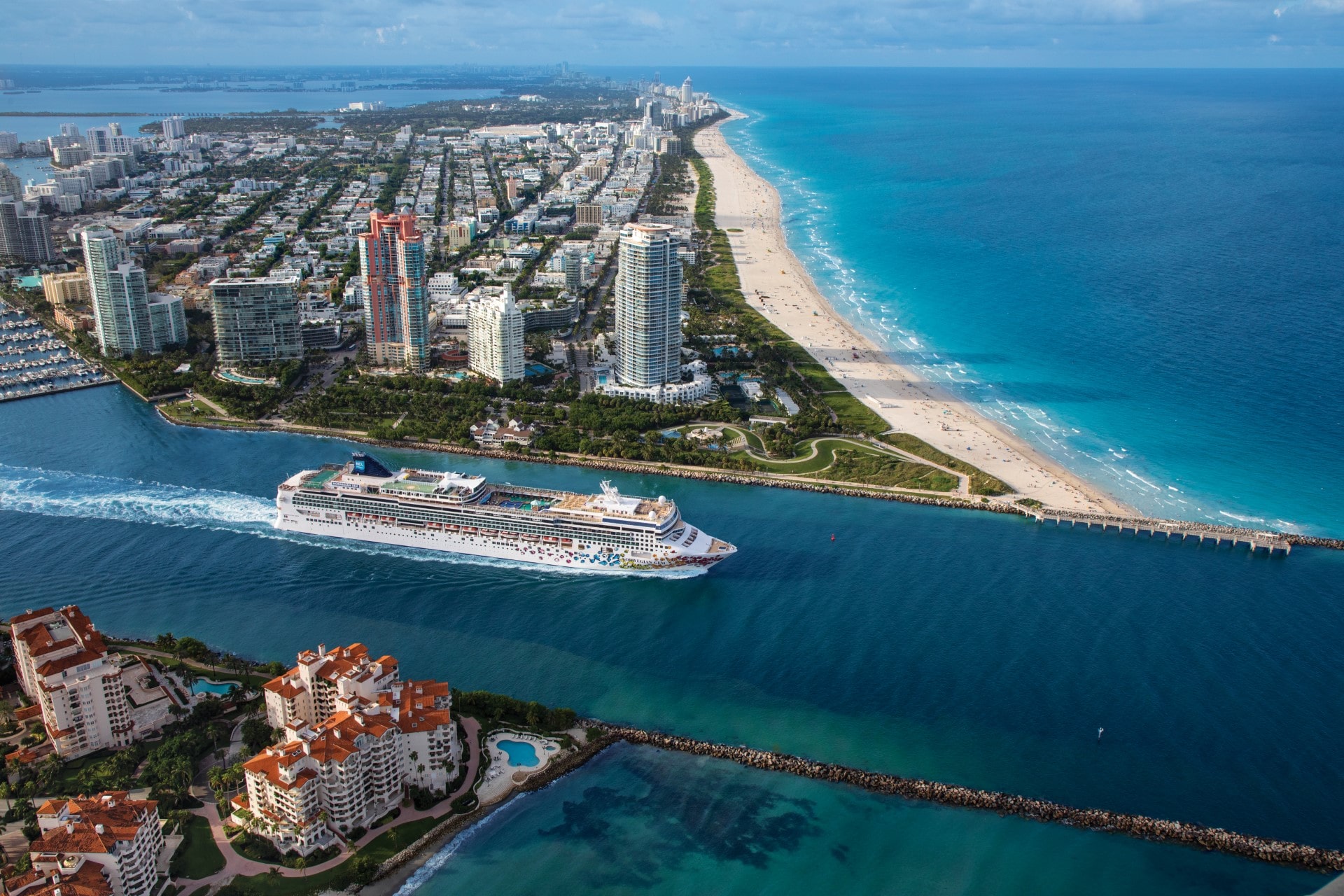 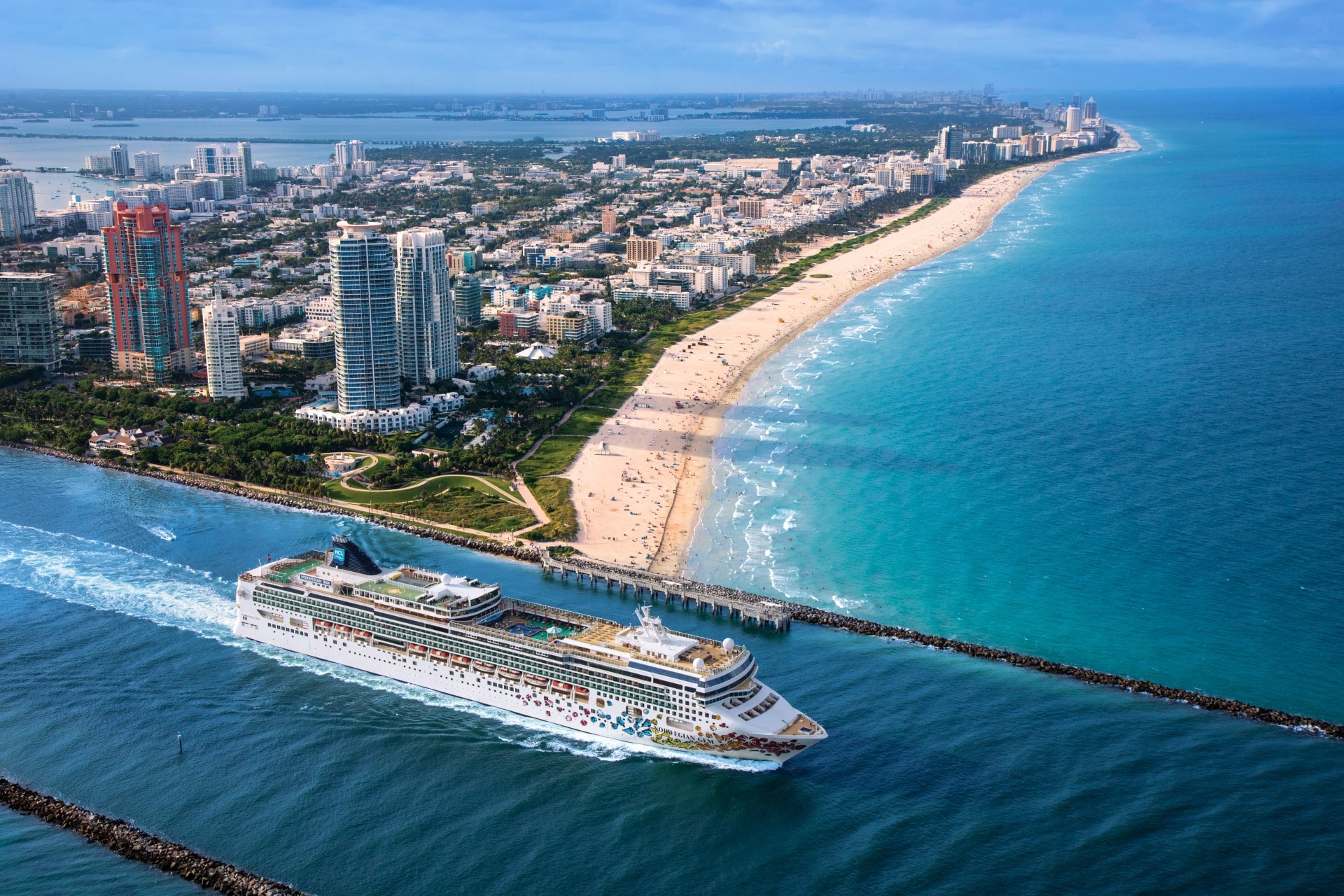 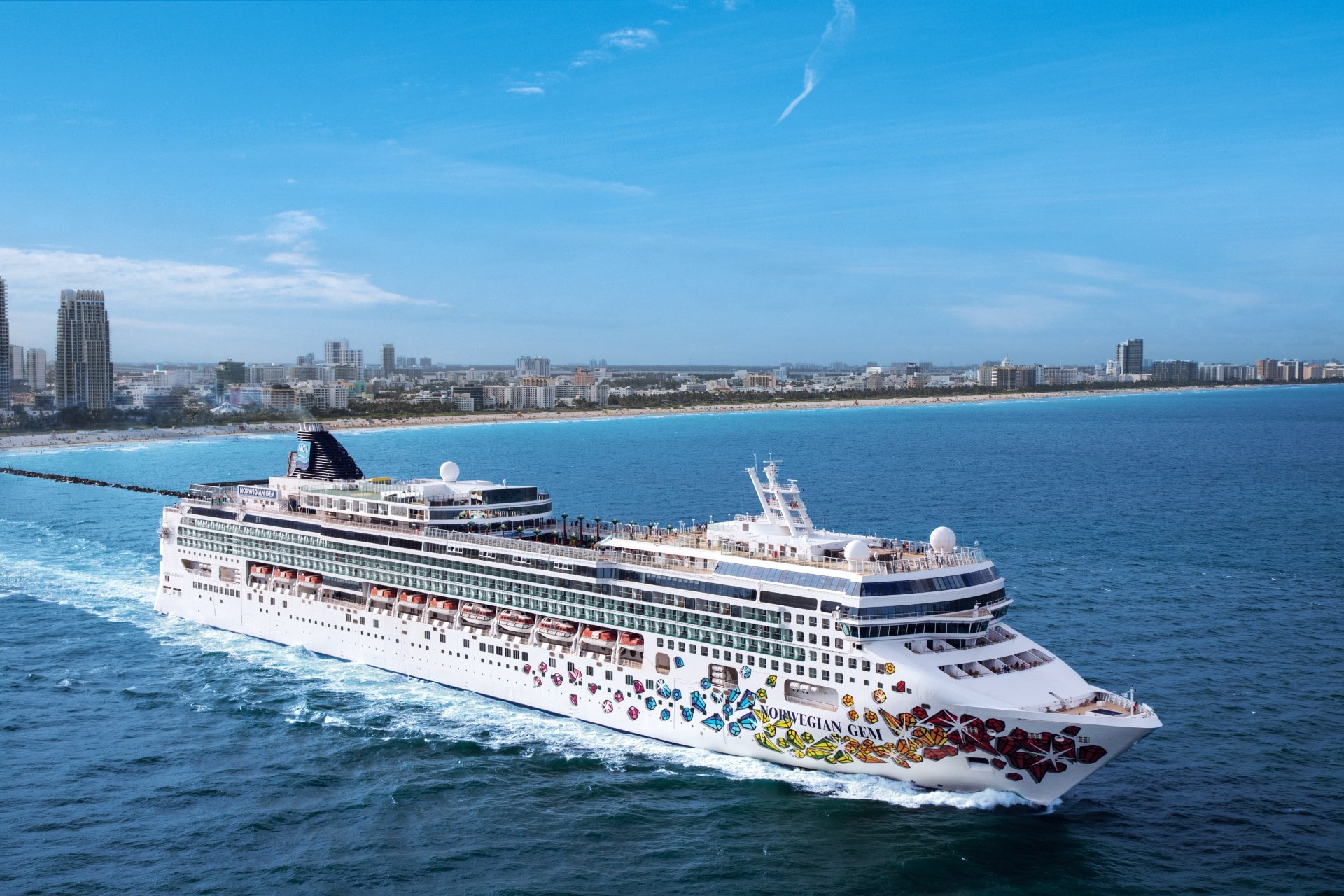