Brightline’s parent company filed a Notice Of Commencement stating that construction was beginning at their Supertower property in downtown Miami.

According to the filing, the following work is now getting underway:

The document was recorded on November 3.

By rerouting NW 1st Avenue, the developer will create a squared off site for the southern Supertower.

However, it will make driving in the area more difficult by breaking up the grid. A small park is also being demolished.

Another developer may ultimately build the towers. A broker marketing the property previously showed the property as being in contract.

The photos below were taken on September 26, and also show construction at the courthouse site: 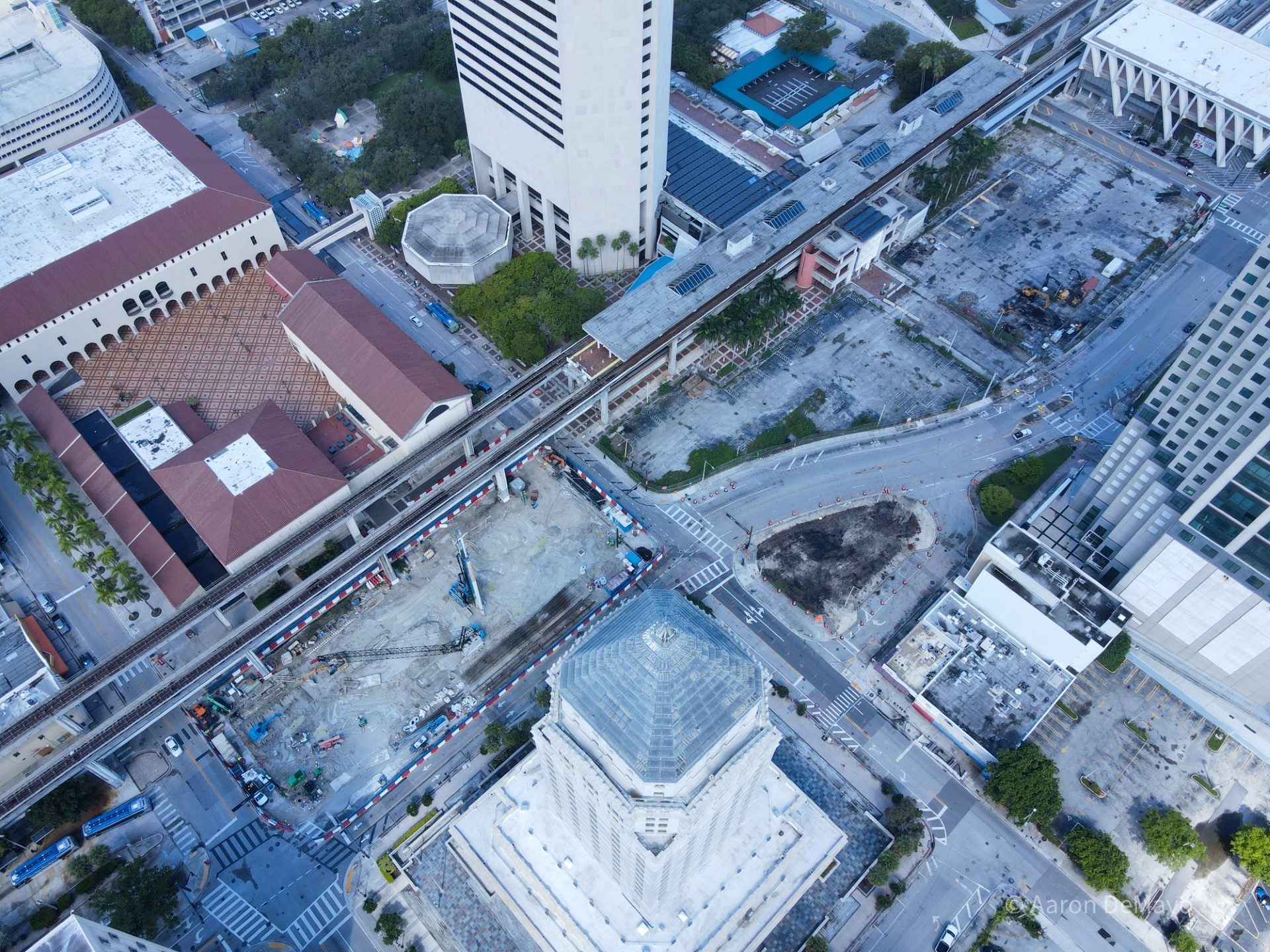 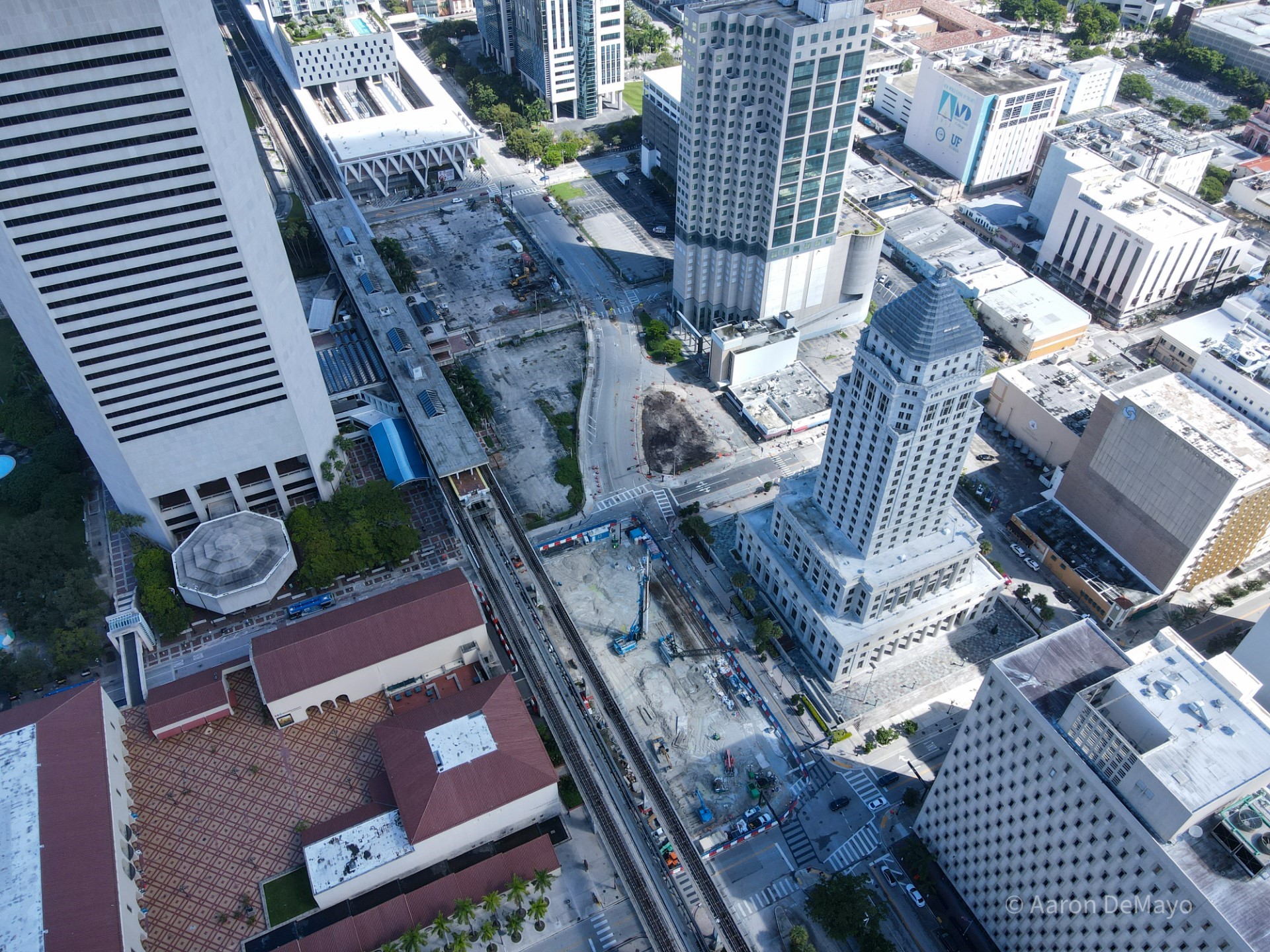 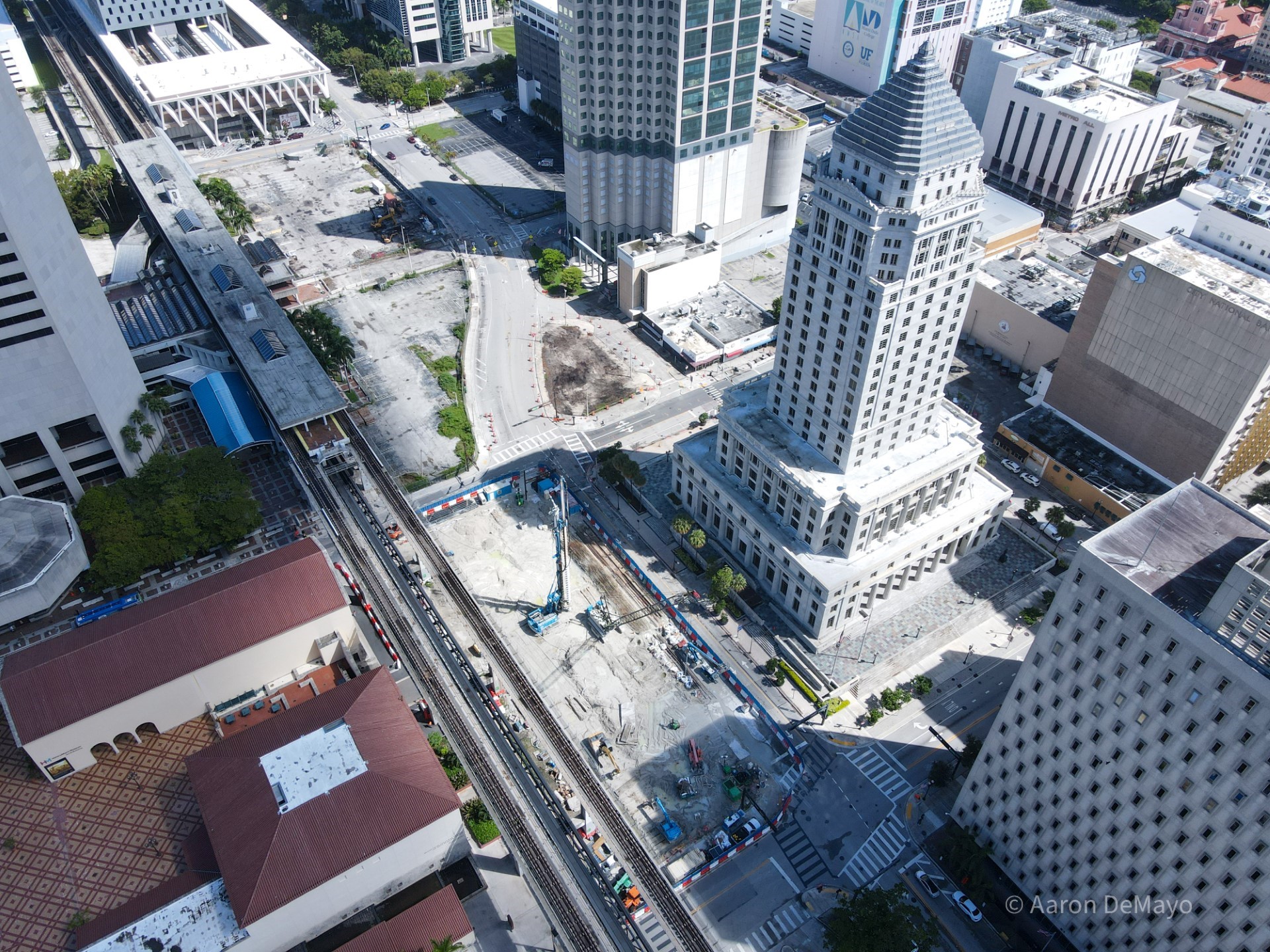 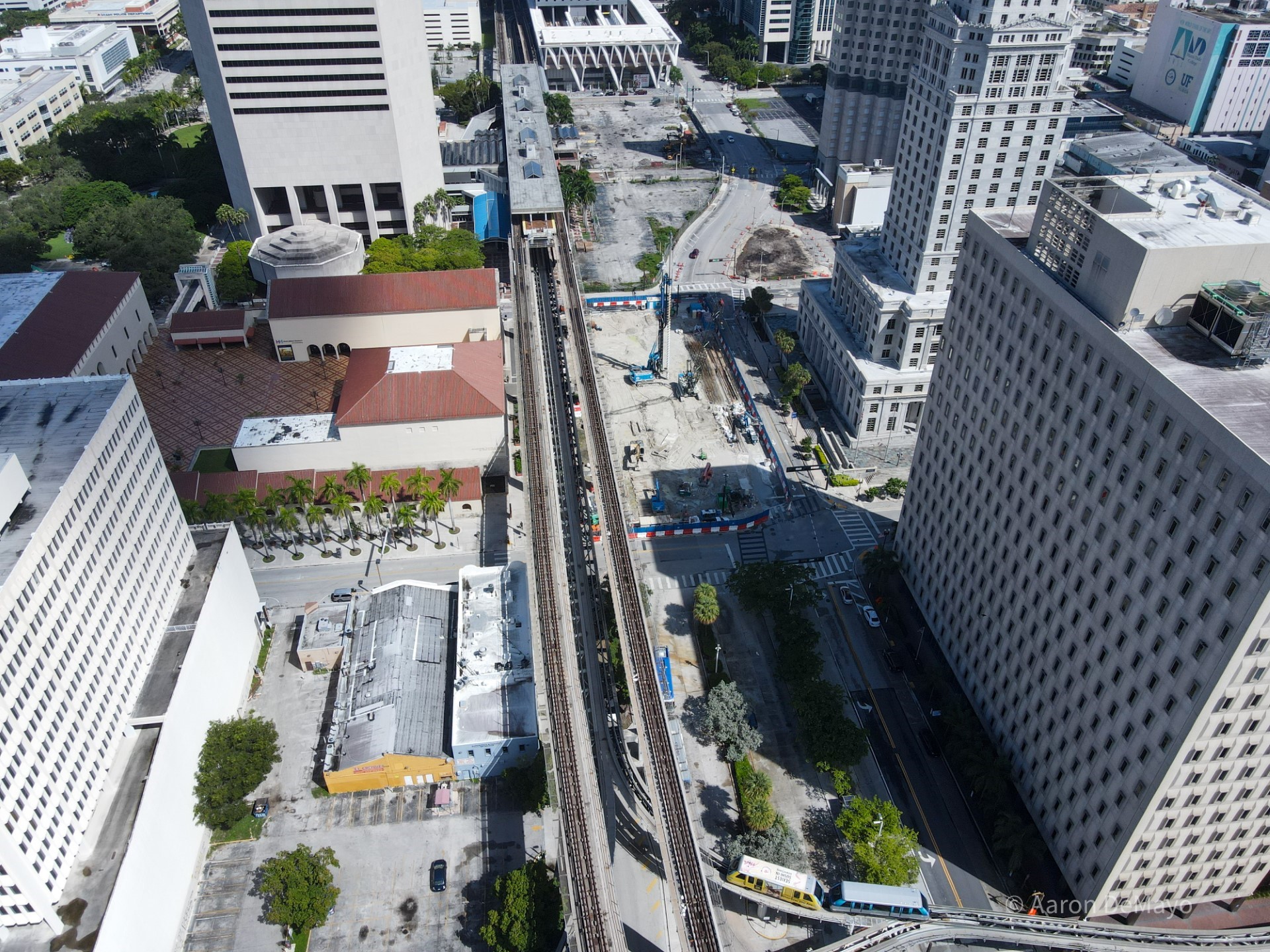 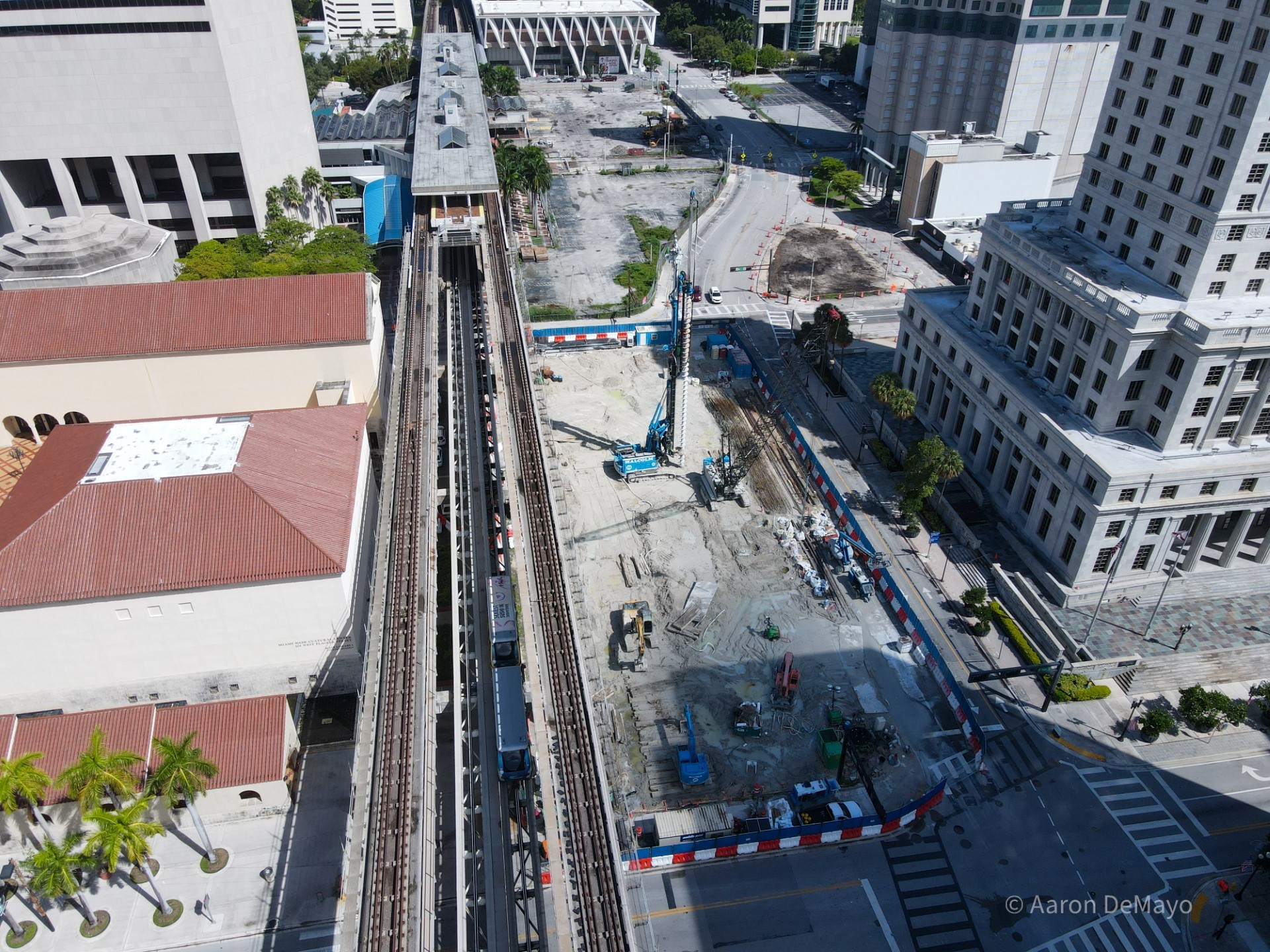 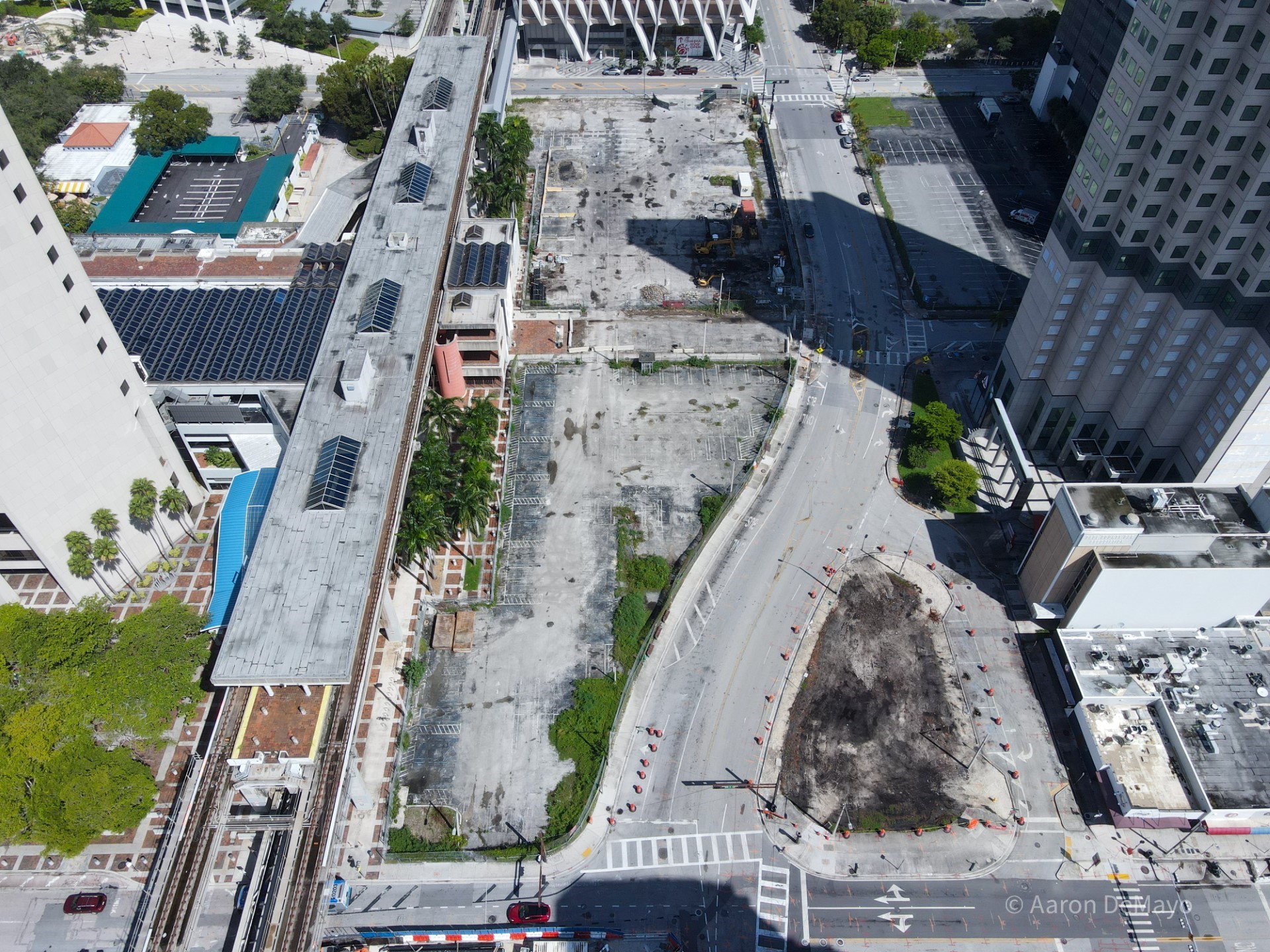