A New York developer says they have broken ground on Promenade At The Lyric.

LargaVista Companies is building the project, ahead of an upcoming deadline to begin construction or have the land revert to CRA control. The Overtown CRA has been criticized for cutting a deal that was too favorable to the developer, including land and construction subsidies.

LargaVista Acquires Control of Lyric Point Project in Miami
10/23/17
LargaVista Companies, a New York based 2nd generation real estate development and investment firm, announced today that it has commenced construction on Lyric Point, a 55,000 sf 2-story retail and office building on NW 8th Street adjacent to the historic Lyric Theater and directly across from MiamiCentral.

Lyric Point constitutes Phase IV of the Development Agreement entered on December 17, 2012 between Southwest Overtown/Park West Community Redevelopment Agency and Lyric Development LLC, an affiliate of The Gatehouse Group, Inc., an industry leader in the development and management of apartment communities and the developer of The Plaza at the Lyric located directly to the North of Lyric Point.

LargaVista CEO, Marcello Porcelli, enthusiastically stated, “This acquisition fits perfectly into our multi -generational strategy of acquiring assets located in expanding urban centers with tremendous long-term development upside. Gatehouse and the Overtown/Park West CRA trusted us to execute on a plan which fulfills the current obligations of the Development Agreement rather than to seek an extension with the CRA and the County to pursue an alternate and uncertain development scheme. We plan on being a good neighbor for the long run, respecting the culturally rich heritage of this community with an eye toward investing in and contributing to the continued growth of downtown Miami and its vibrant commercial core.”

Marketing of the Kobi Karp-designed Lyric Point will be managed by Zack Winkler and Eric Groffman of JLL. “The site presents a great opportunity for a number of users – both on the retail and office fronts,” said Mr. Winkler. “Being across from Miami Central and the Miami World Center puts Lyric Point right in the middle of all of the exciting developments happening in Downtown Miami.”

The General Contractor for the project is NV2A, a recently formed progressive construction management firm transforming the vertical building and civil industries in South Florida whose partners enjoy a combined 150 years of experience in the business.

Clarence Woods, the Executive director of the Overtown/Park West CRA proclaimed that “Lyric Point would play an important role in the continued evolution of this community and that LargaVista and NV2A are committed to support local hiring and have already hosted two job fairs at the CRA headquarters.”

LargaVista was represented by its long time General Counsel, Seth Friedland and locally by Carlos Lago and Iris Escarra of Greenberg Traurig.

This is the first major project in Miami for LargaVista which owns several million sf of prime New York City commercial, residential and industrial property. The company invests not only for its own account but also in collaboration with national development firms such as the Related Companies and Lowe Enterprises. “This was a great opportunity to immediately navigate the local development waters on a project of a manageable scale while we continue to seek out other major opportunities in what we believe is one of the most exciting markets in the world,” continued Mr. Porcelli.

Construction of Lyric Point is anticipated to be complete in September of 2018. 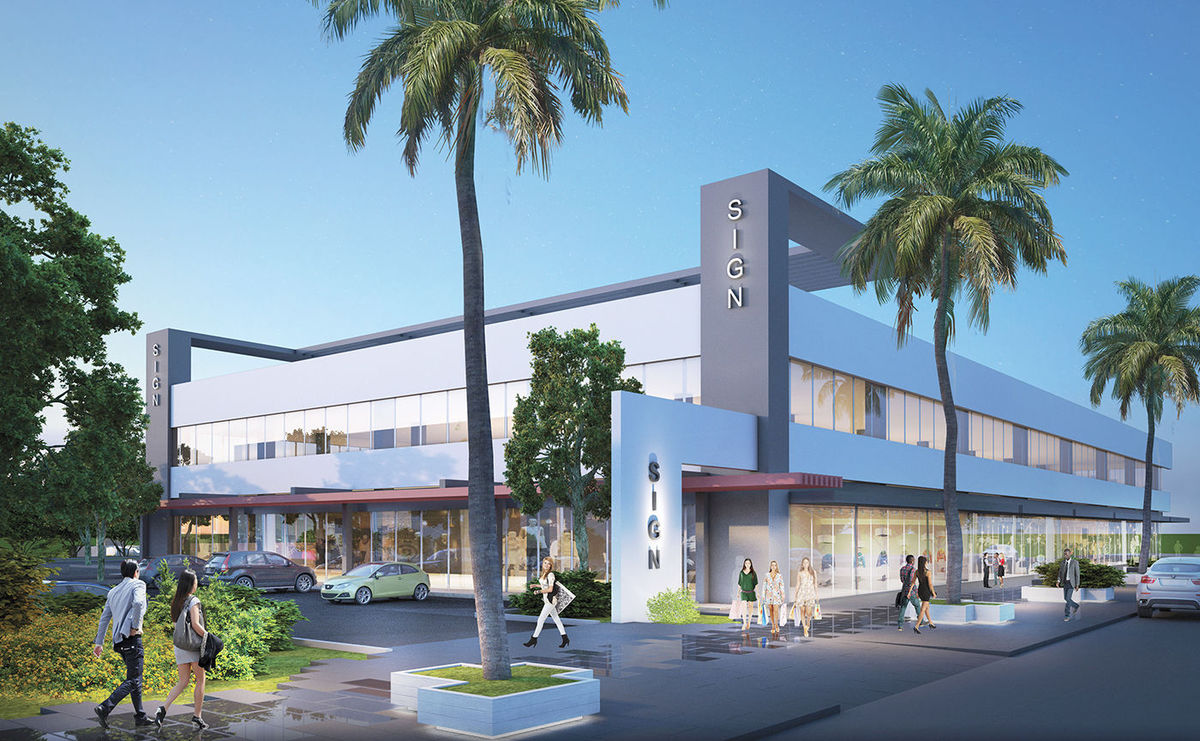