Travellers at Miami International Airport could be enjoying free Wifi later this year.

The wireless internet is currently paid, and controlled by a company called Boingo. It costs $4.95 for 30 minutes, or $7.95  per day. American Express Plattinum Card holders are able to access the network at no cost.

The paid plans date back to 2008, when MIA signed a deal with a company (later bought by Boingo) to provide the service. That contract expires in June.

If Dade commissioners approve, an RFP will be issued to install the new free network following the expiration of Boingo’s contract in June. Commissioners will consider the item at a Transportation and Aviation Committee meeting  tomorrow. 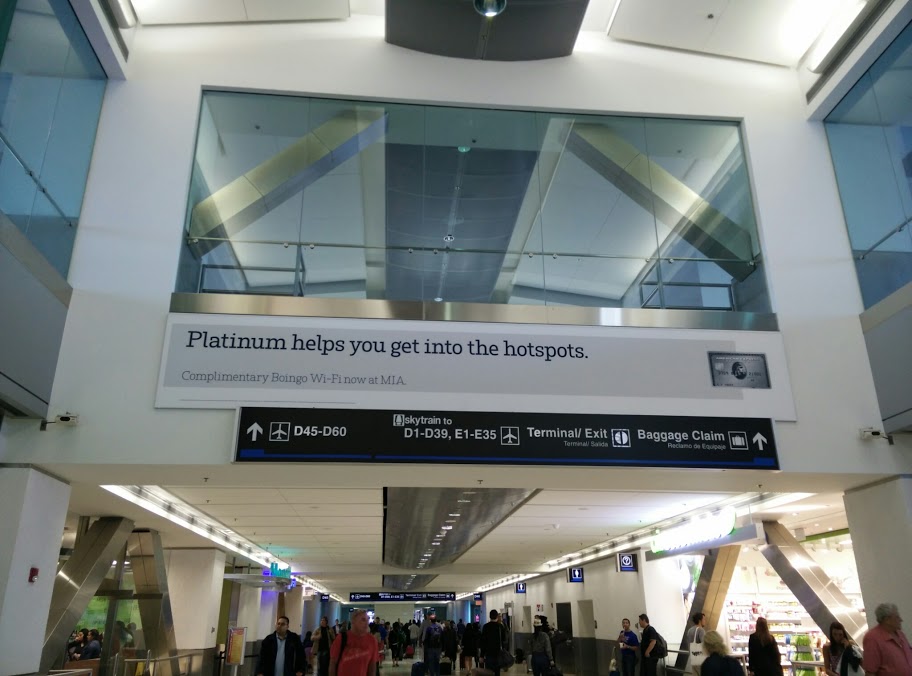