Opinion: Consider An Elevated Pedestrian Bridge Over The Miami River

Walking across the Brickell and Miami Avenue bridges is never a pleasant experience, but it is made worse by the constant raising of the bridges.

As the area’s popularity has exploded, more and more pedestrians are caught waiting for the drawbridge, just like cars. It isn’t unusual to see 100 people waiting to cross the Brickell Avenue Bridge, and the number will continue to grow.

That’s why Miami leaders should investigate building at least one elevated bridge across the Miami River, as part of a solution to the Brickell Avenue drawbridge crisis, while also continuing work on a long-term plan to build a tunnel.

A pedestrian bridge can be built so that it is elevated just enough over the river to allow marine traffic to pass underneath, at a similar height to the Metromover overpass. That way, there isn’t any need for a drawbridge.

A tunnel will take years to plan and build. Even if it does open, a snaking, underground tunnel isn’t likely to be of use to pedestrians at all.

A pedestrian bridge can be built much faster, and at a fraction of the cost. It would also provide great views, and could become a landmark and tourist attraction if designed by the right architect.

Finding a suitable location might be the biggest challenge. One possibility could be integrating it into the Hyatt and One Brickell developments being planned on opposite sides of the river next to the Brickell bridge, which could also provide a boost to the Riverwalk.

pedestrians on the miami avenue bridge watch a boat pass under the metromover guideway, as they wait for the bridge to reopen: 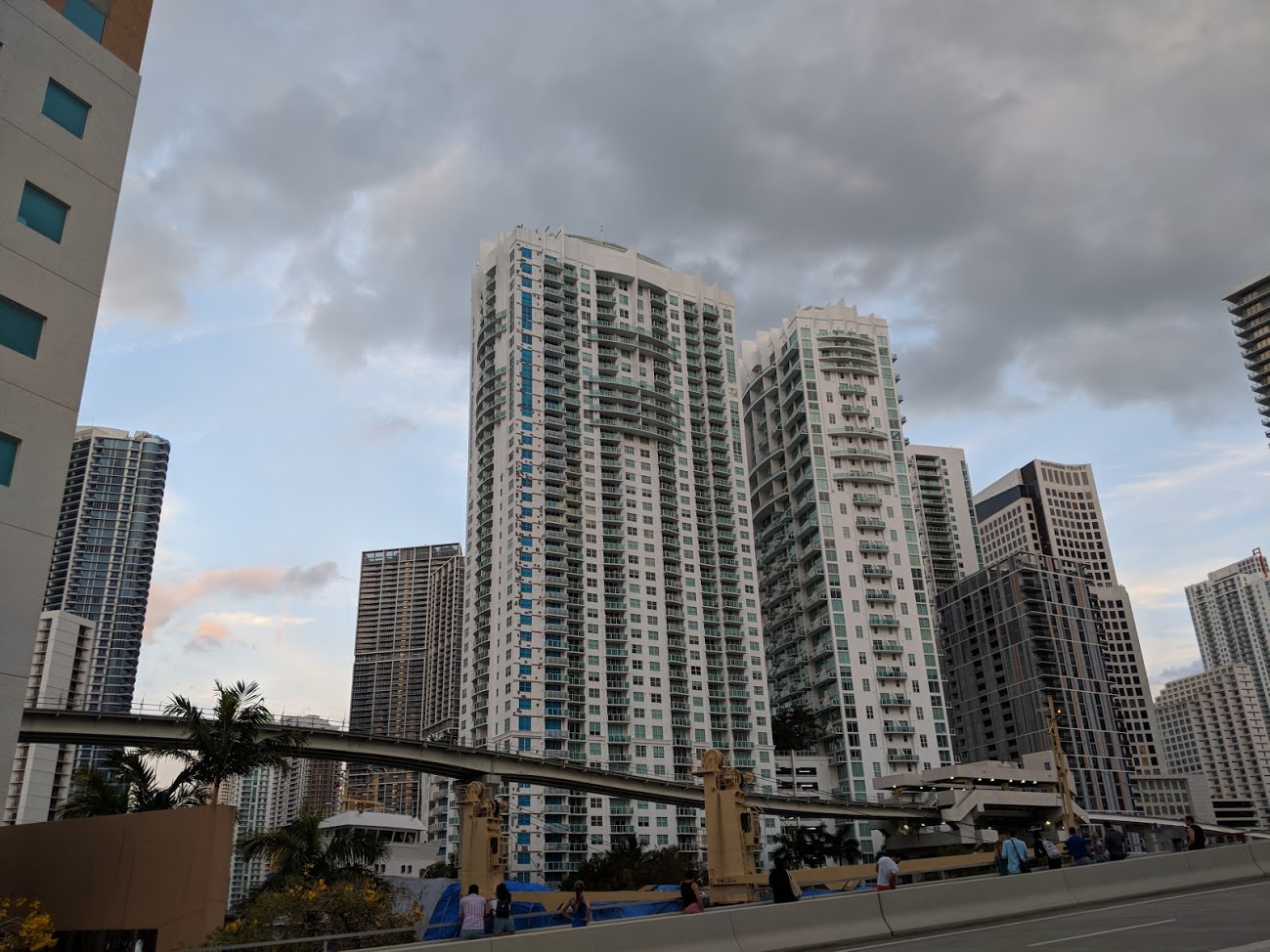