With over 40% of units sold, Paramount Miami Worldcenter is getting set for groundbreaking:

To capitalize on this momentum, the 60-story condominium tower will be hosting a Demolition Event on Thursday, September 3 at 10:30 am to commemorate the demolition of the last remaining building on the Miami Worldcenter site located at 950 NE 2nd Ave, Miami, FL 33132. Currently comprised of former warehouses and empty lots, the demolition paves the way for the start of construction of The Mall at Miami Worldcenter and PARAMOUNT Miami Worldcenter later this fall.

“This announcement is another major milestone for this project, one that will change and undeniably revolutionize the face of Miami,” said developer Daniel Kodsi. “We are thrilled to be hosting this momentous occasion, where we can celebrate the first component of Miami Worldcenter becoming a reality. We have a lot of excitement surrounding PARAMOUNT Miami Worldcenter and reason to celebrate.”

When completed in 2018, PARAMOUNT Miami Worldcenter residents will enjoy an unparalleled location just an elevator ride away from the exciting array of retail, restaurants, office space, lush parks, galleries and nightlife planned for the cosmopolitan development. Residents will be within walking distance of Miami’s waterfront and most celebrated cultural and entertainment landmarks such as the Adrienne Arsht Center, Pérez Art Museum Miami, Patricia and Phillip Frost Museum of Science, and the American Airlines Arena. Also located nearby is the new Marriott Marquis World Convention Center Hotel and All Aboard Florida’s Grand Central Station, which will allow residents direct service to Orlando in three hours, as well as connectivity to the Metro Mover and nearby Miami International Airport.

“The initial success of the sales process is a true testament to the new dimension PARAMOUNT Miami Worldcenter will bring to the heart of Miami’s urban core,” added Peggy Fucci, CEO of OneWorld Properties, the exclusive sales brokerage for PARAMOUNT Miami Worldcenter. “There is intensified demand for what PARAMOUNT offers – an unmatched destination for residents to live, work, and play in an emerging ‘city within a city.’”

Featuring over 500 city and bay-view residences, PARAMOUNT Miami Worldcenter’s expansive units will range in size from 1,180 to 2,300 square feet, with prices averaging $700 per square foot. The tower will be constructed atop The Mall at Miami Worldcenter, a 765,000 square-foot retail and entertainment destination anchored by Macy’s and Bloomingdales which will be developed by Forbes and Taubman. 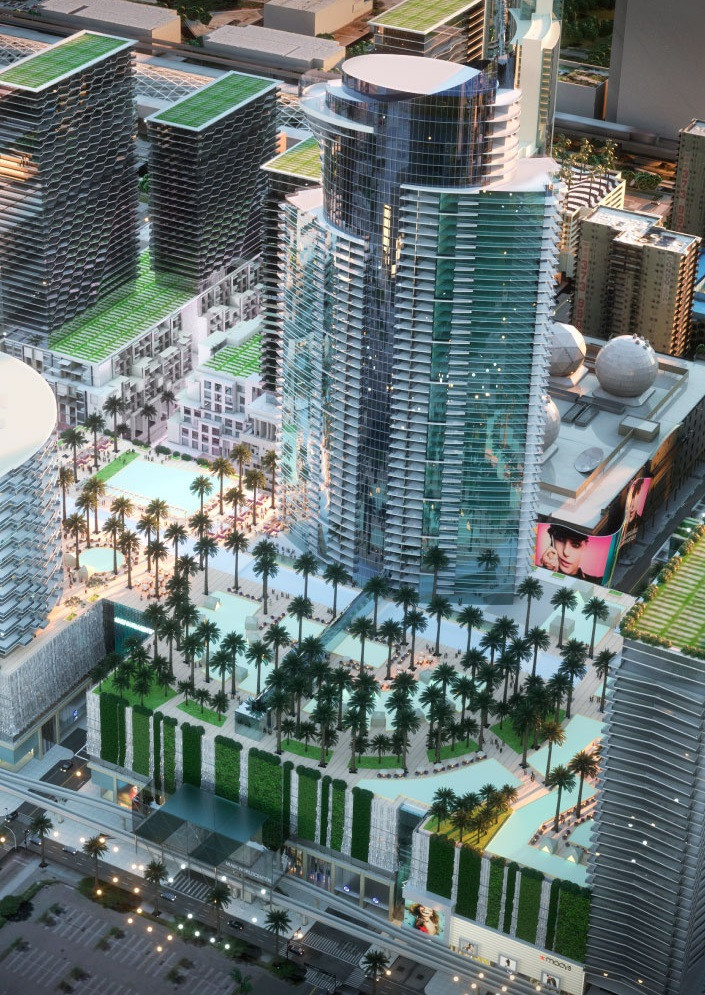