Flying Cars? Paramount Miami Worldcenter Will Be Ready With A Skyport

Dan Kodsi told the WSJ that he expects air taxis will be available within 10 to 15 years, and is preparing for them by building a skyport.

At Paramount, the rooftop will have a “hidden” swimming pool fitted with a hydraulic floor. Within minutes, the pool can transform into a 3,000 square foot landing surface. An indoor area that will at first be used as an observatory will eventually become a sky lobby for the air taxis.

Uber has said that they plan to launch a VTOL (vertical takeoff and landing) air taxi service by 2023. About a dozen companies are now working to develop the flying vehicles, which will use propellers to go airborne and travel at speeds up to 230 miles per hour. 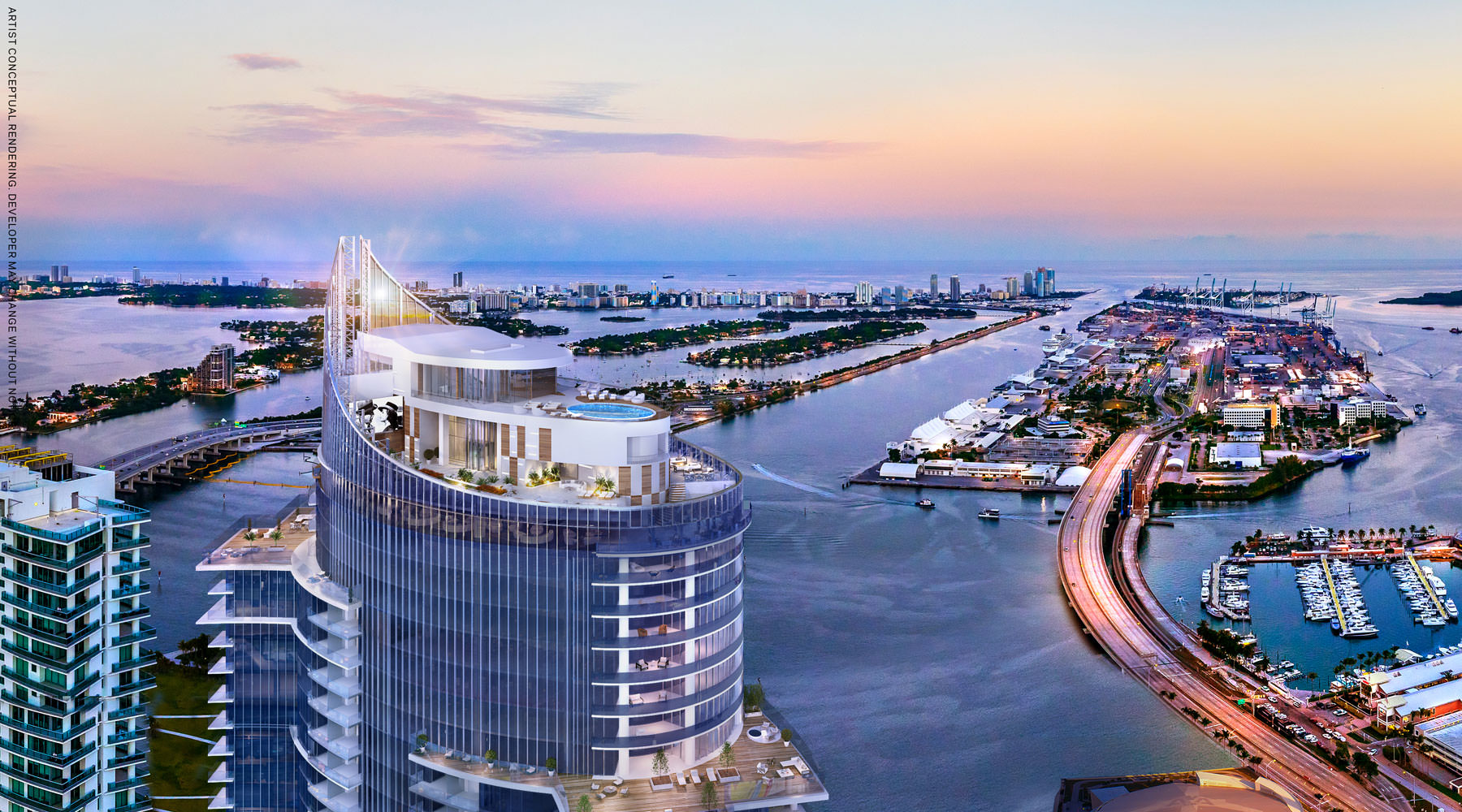