Ocean Drive was “organically” closed to car traffic over the weekend – forced by throngs of pedestrians crowded into the area, according to Better Streets Miami Beach.

The street had been closed to cars in 2020 during the pandemic, and many area residents wanted the change to be permanent.

However, hotels along Ocean Drive filed lawsuits demanding the resumption of vehicle traffic, the Herald reported.

In January 2022, the city reopened a single southbound lane to car traffic, a reduction from the northbound and southbound lanes that existed before the pandemic.

Bike lanes in both directions have also been sectioned off on the street, marked by green paint.

The city is now installing “armadillos” to physically separate the bike lanes from traffic. Videos posted by activists show cars have been regularly intruding into those lanes before the separators were installed.

A rendering of what Ocean Drive could look like if permanently closed to cars: 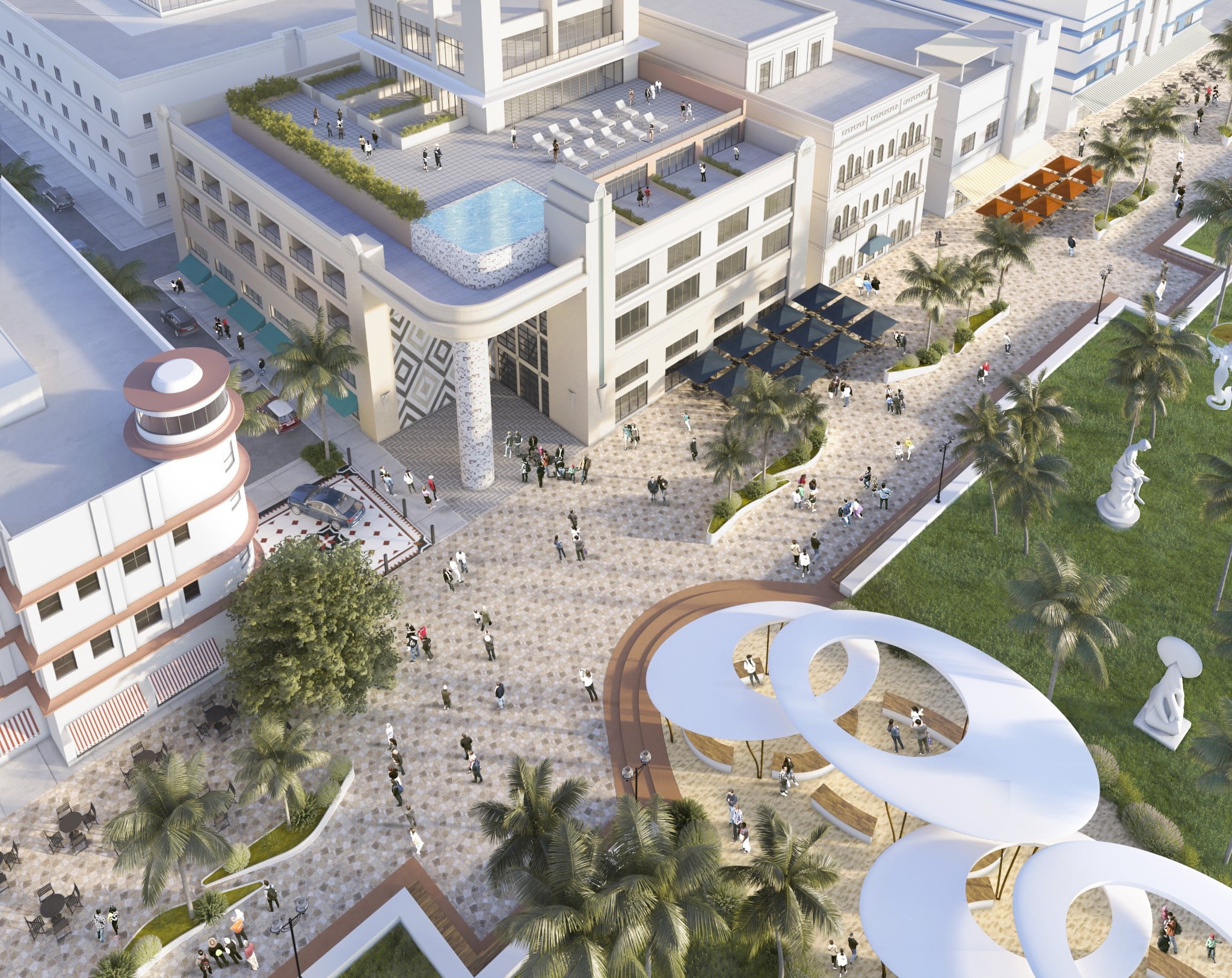 (Architect Chris Ritter for the owner of Mango’s Tropical Cafe)