Melo Group has removed the first crane at their twin-tower Downtown 5th project after  completing vertical construction on the first tower.

Shell contractor L&R Structural Corp. uploaded a photo to Instagram of the first tower without a crane late last week.

The crane was needed for just nine months before being removed – remarkably fast for a 52-story tower. It was installed in February 2020.

Two more cranes are still in place, as the second 52-story tower at the complex continues to rise and nears top off.

Downtown 5th is the biggest ever residential project in Miami’s Central Business District, with 1,042 apartments and 12,506 square feet of retail.

It is also the biggest ever project for developer Melo Group. 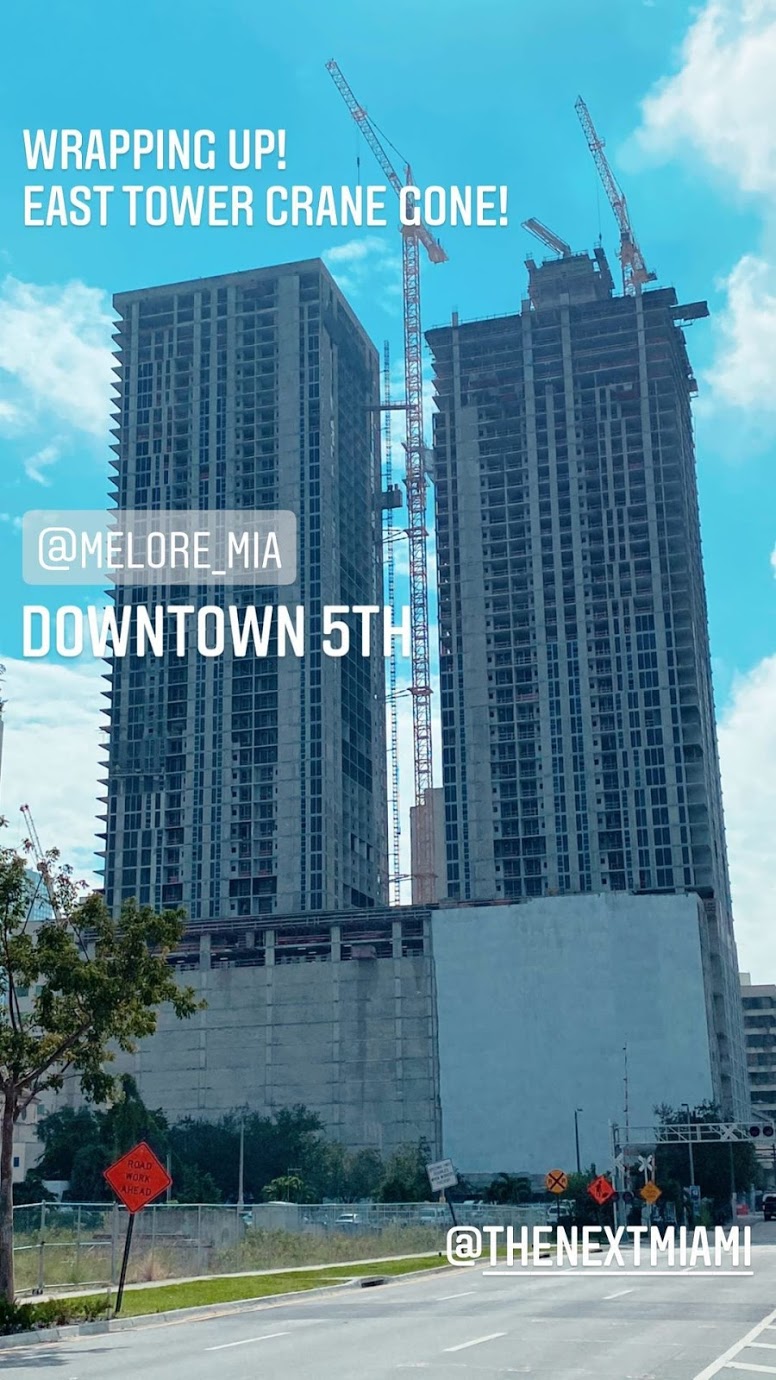