The Miami Heat’s FTX Arena now has its new logo painted on the roof, according to a photo taken this morning by Carlos A. Lopez.

The logo is meant to be temporary. Eventually, illuminated signage is planned as a permanent solution, once zoning code is amended to allow it.

FTX is paying around $7 million per year for naming rights at the arena, which was formerly known as American Airlines Arena. 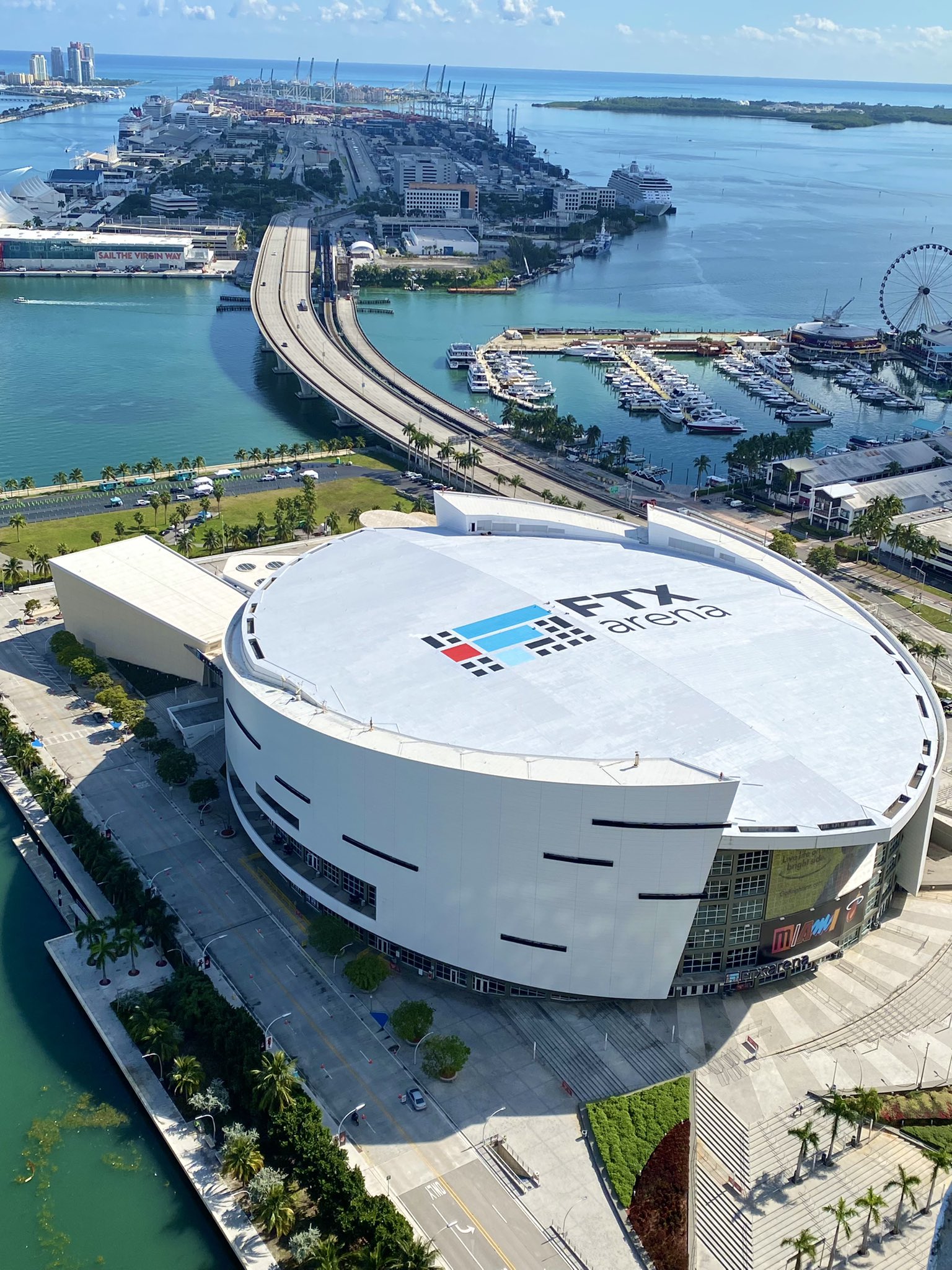