Say goodbye to the red Virgin branding at MiamiCentral.

This photo captured by The Next Miami reader Ryan RC Rea shows the red ‘V’ on the train terminal’s pillars being painted over this morning.

The building was rebranded as Virgin MiamiCentral last year, with company founder Richard Branson attending an unveiling event in April 2019. At the same time, Brightline was renamed Virgin Trains USA.

Brightline cut ties with Virgin over the summer, although termination of the deal was disputed by Virgin. Virgin has no remaining ties with Brightline.

Rail service is currently suspended due to the pandemic, and the company still hasn’t announced when it will restart. 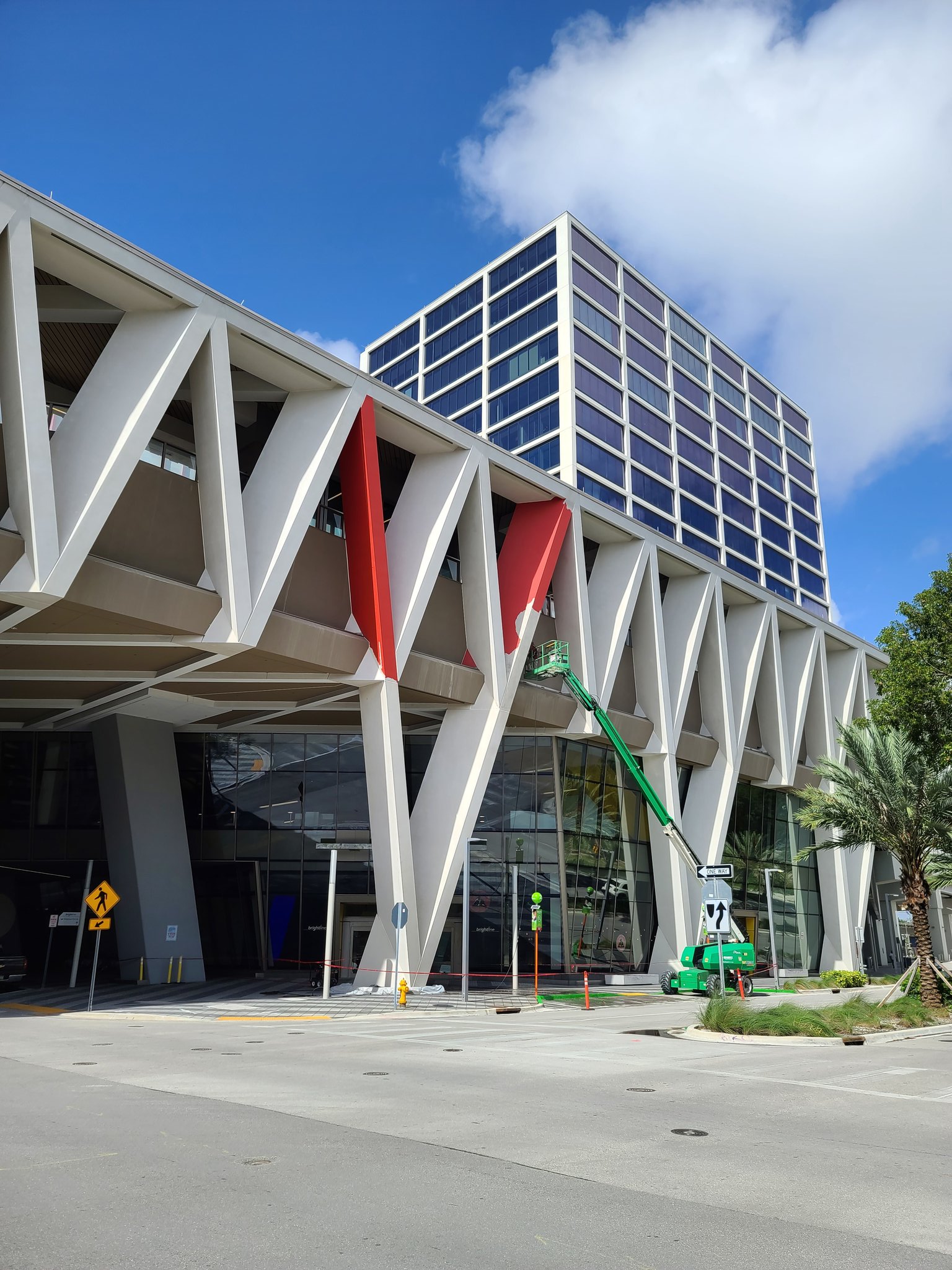