A new photo by Phillip Pessar shows one of the Signature Bridge arches rising out of the ground: 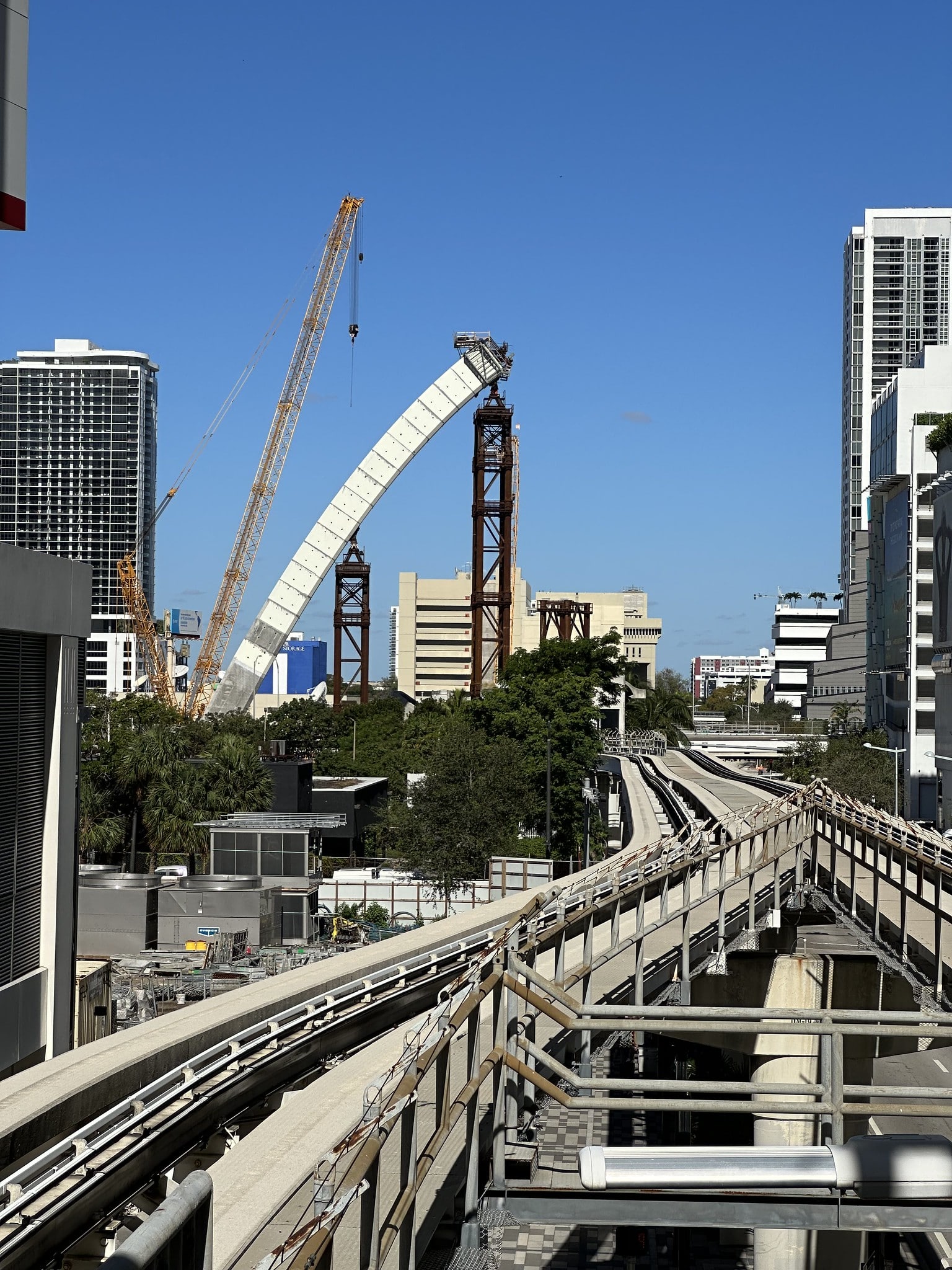 Each segment will be a precast installation, except for the final segment (seen in purple) poured in place. Temporary towers will support the structure during the work: 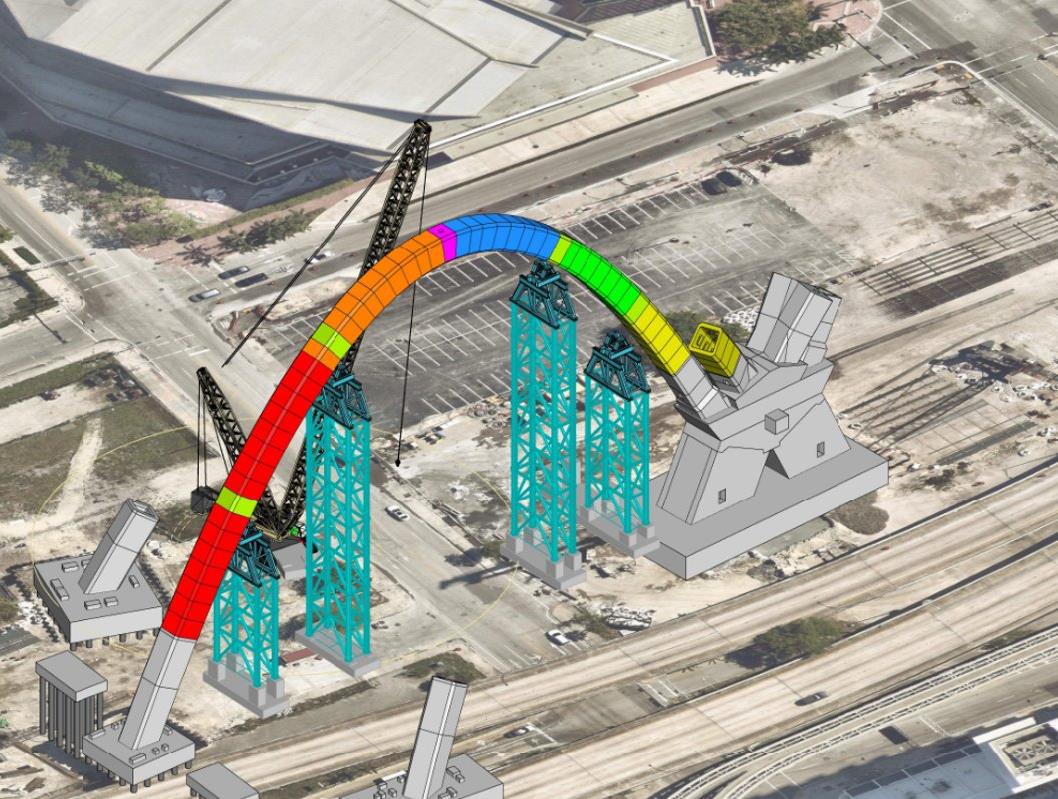 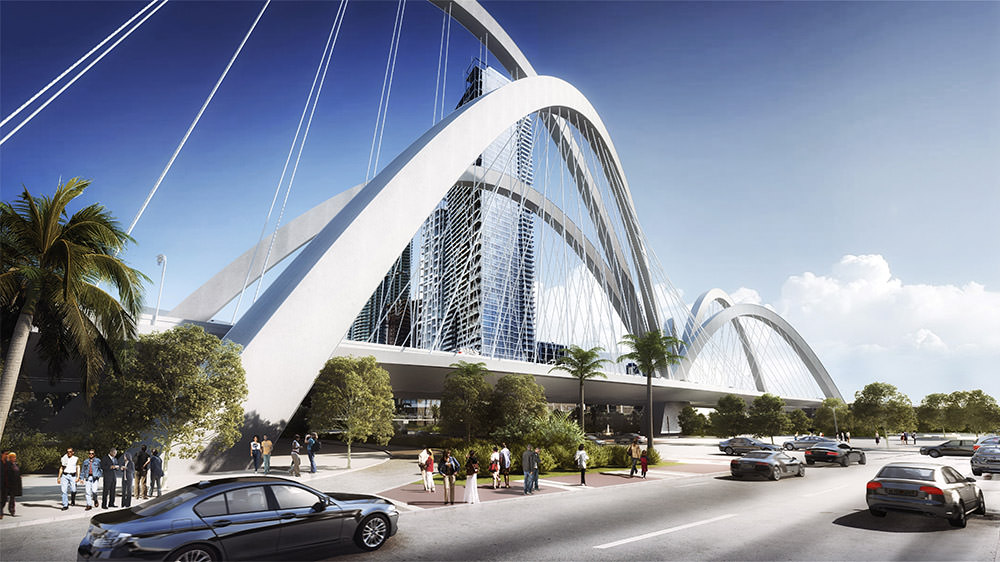