At Miami International Airport, Centurion Air Cargo appears to be scrapping an MD-11.

Miami-Dade Aviation spokesperson Greg Chin said that airport was aware of Centurion having eight MD11s, and that it appeared some were being scrapped.

McDonnell Douglas introduced the MD-11 in 1990, before the company was acquired by Boeing. Only cargo versions of the plane remain in service. 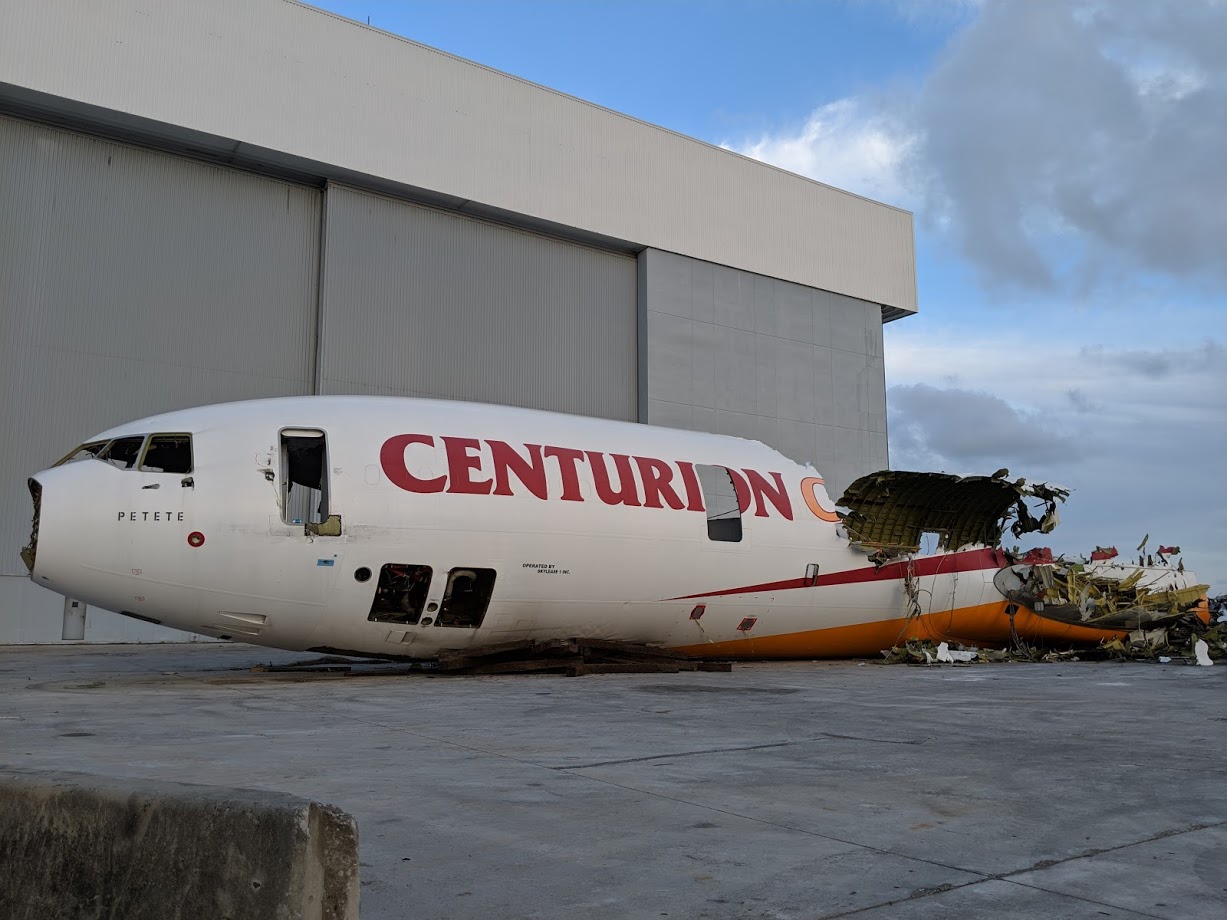 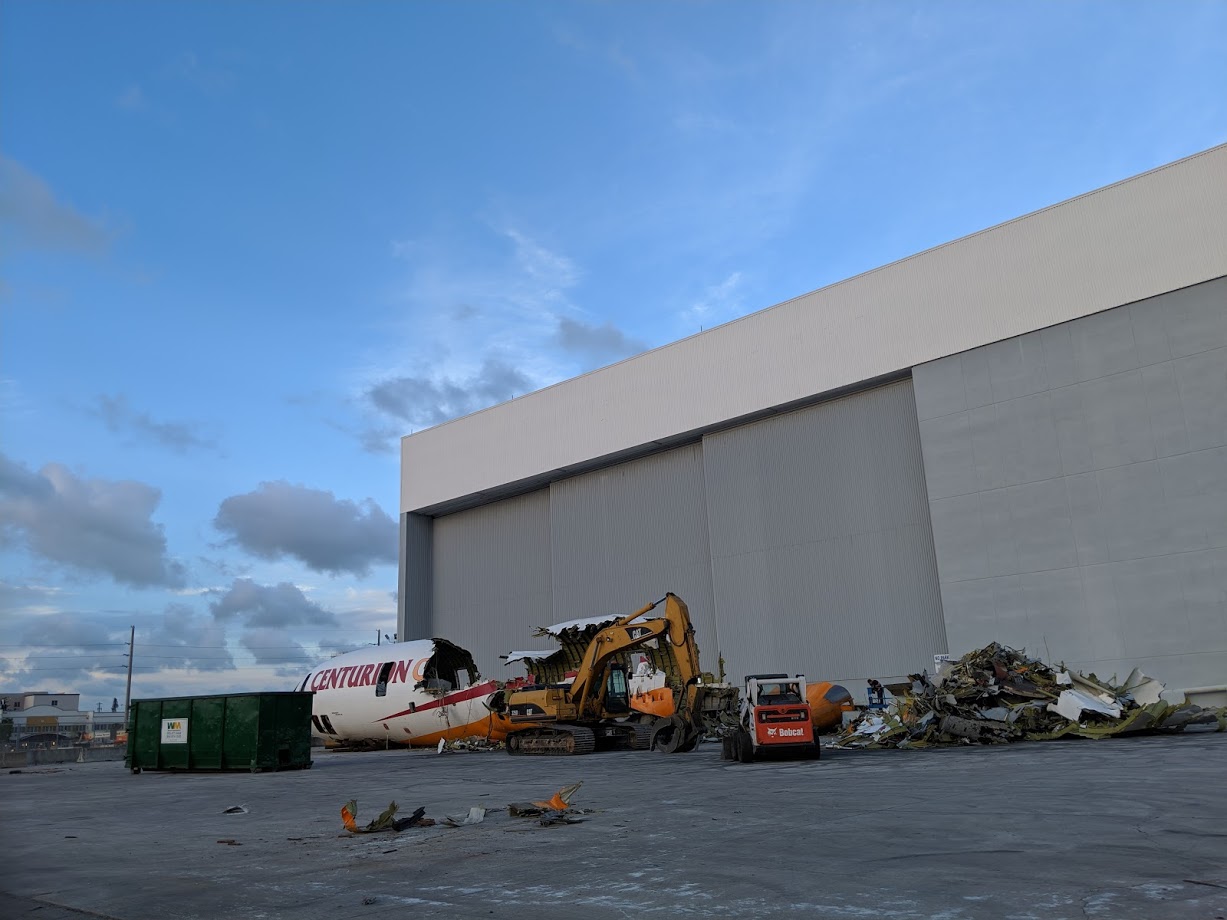 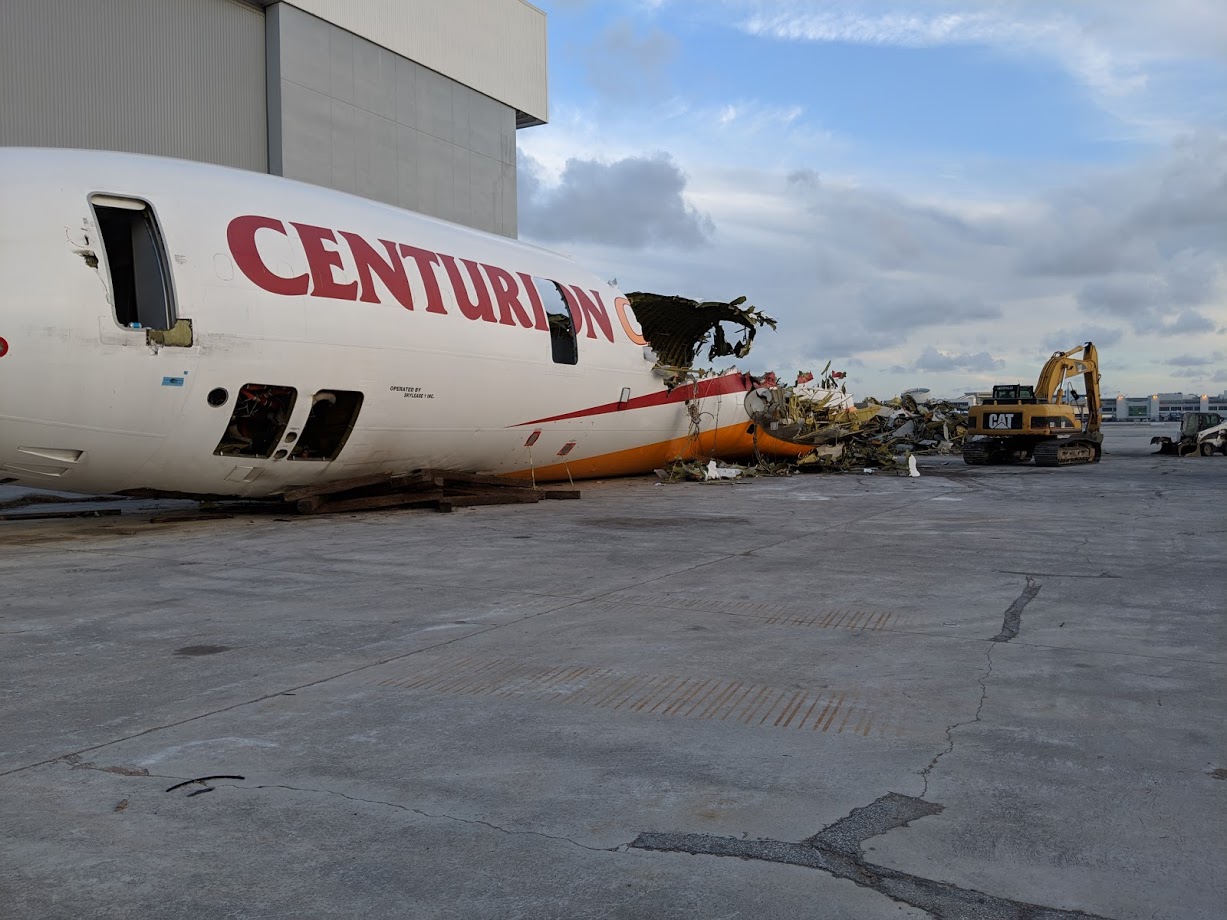 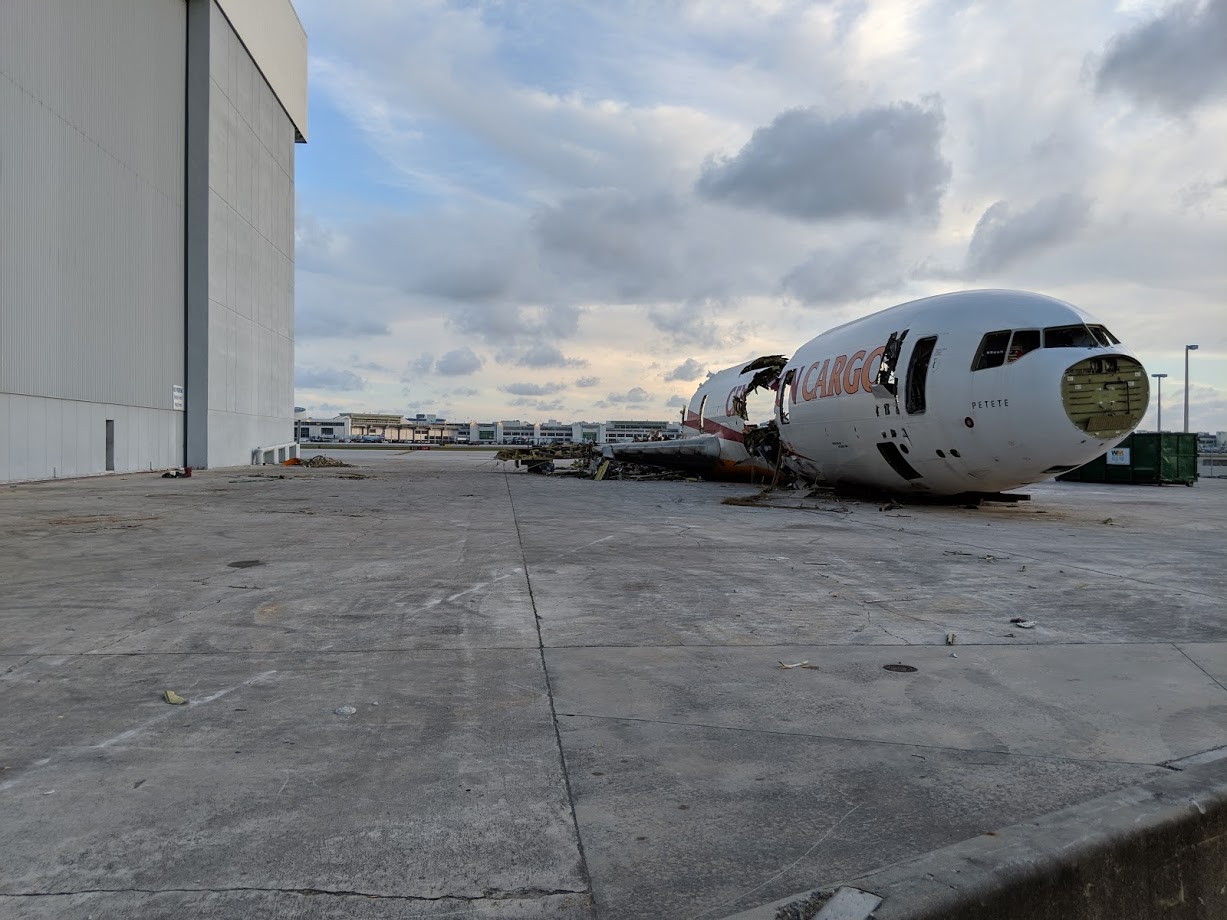 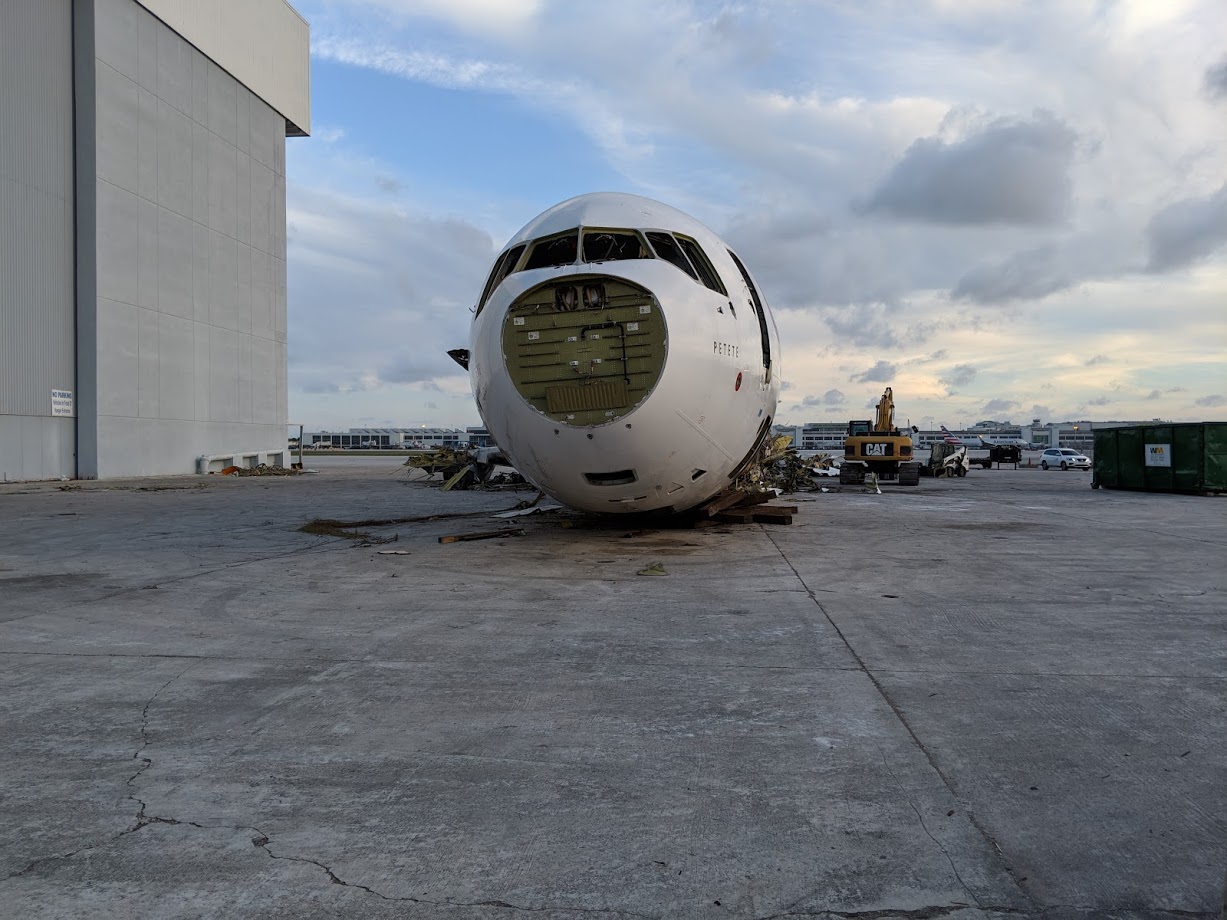