The project broke ground in January 2019, and a foundation pour took place in August 2019.

The Yotelpad tower does not include a parking garage.

The lower 15 floors of the tower include hotel-only units, with a total of 222 rooms.

On the upper floors of the tower there will be 231 Yotelpad condos. Those units quickly sold out, making it one the fastest selling condo buildings ever in downtown Miami.

Developer Aria Group is now launching sales for another tower nearby called 501 First, with a similar concept that features fully finished and furnished units allowing short term use. 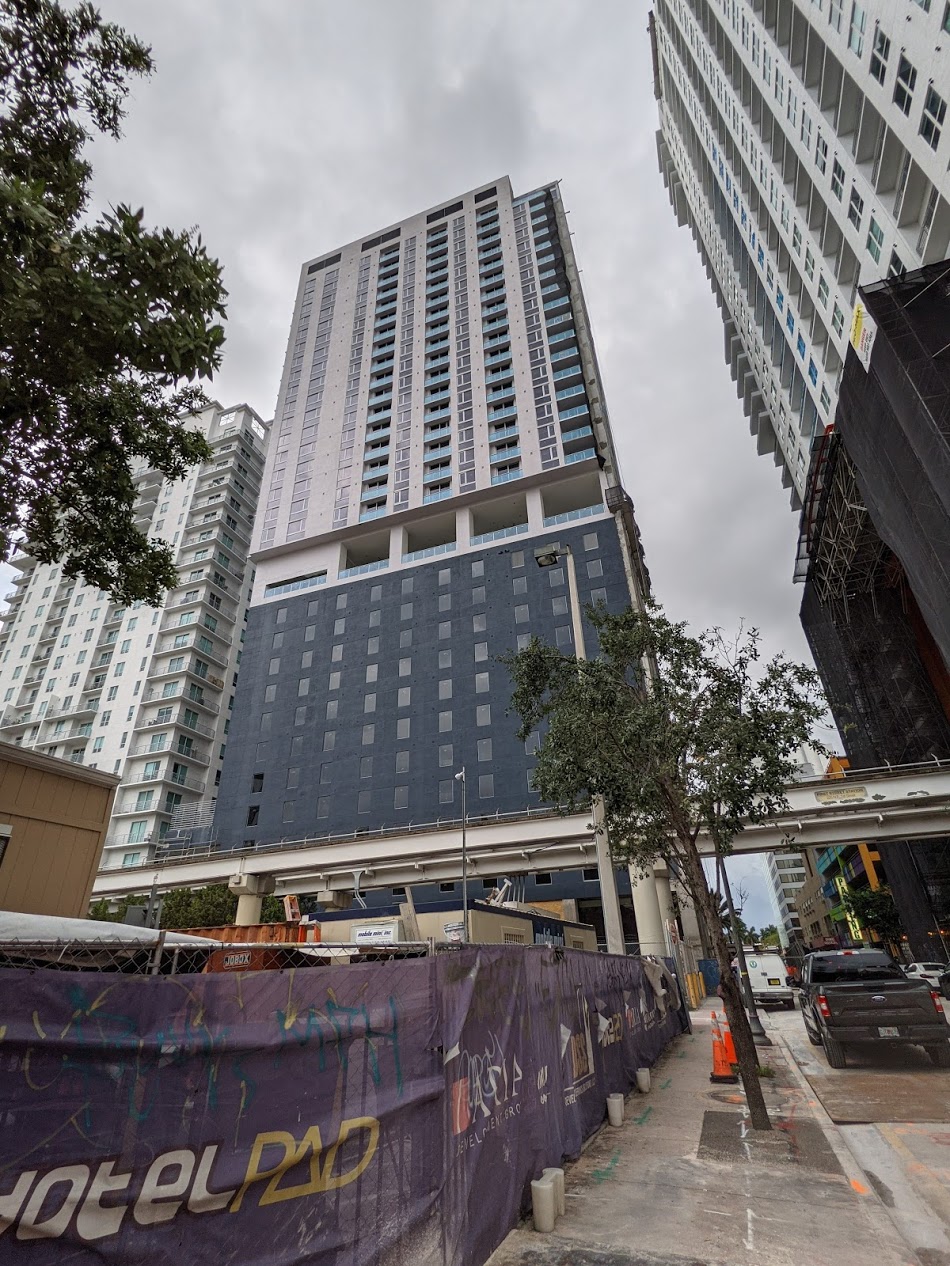 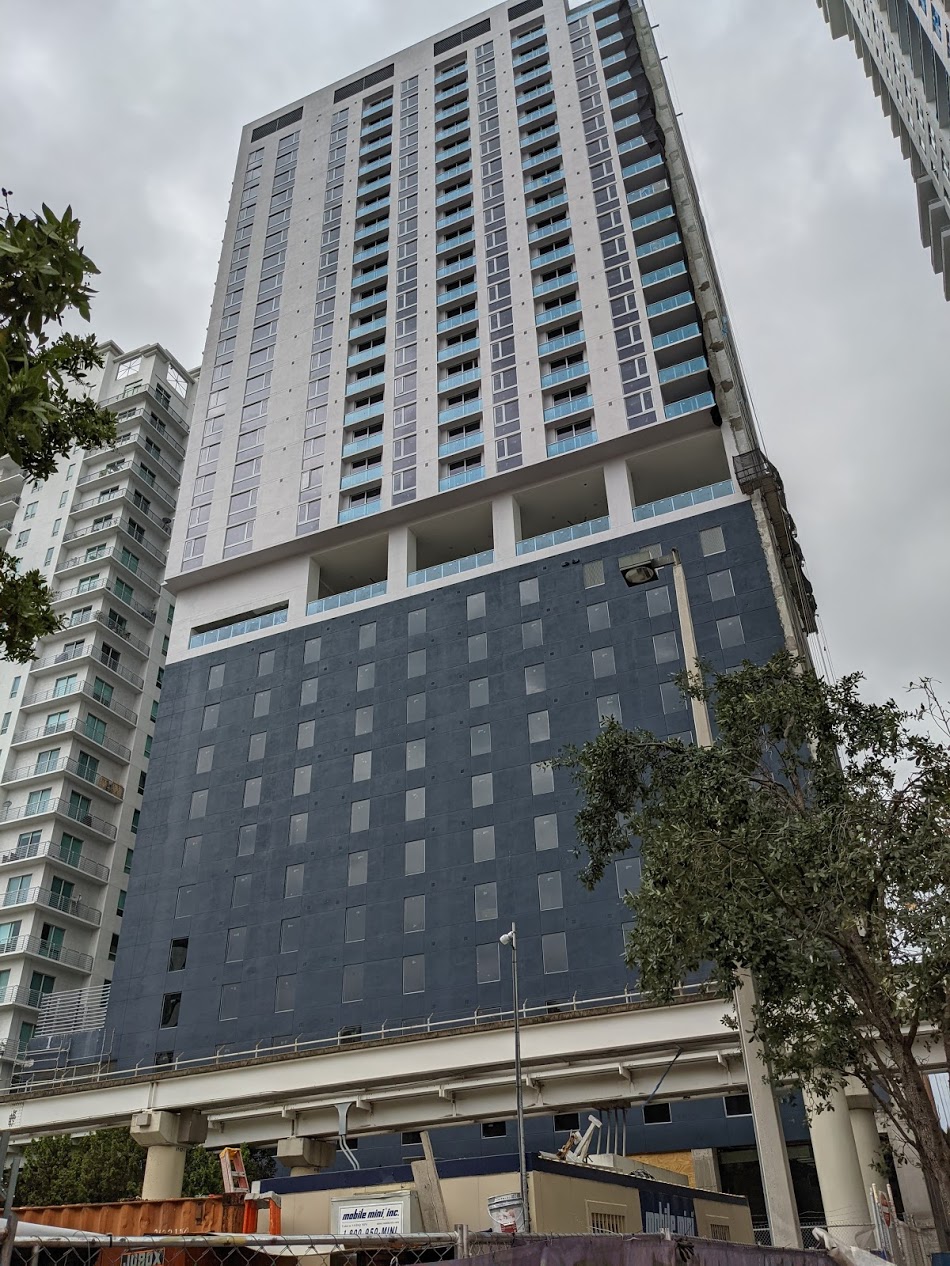 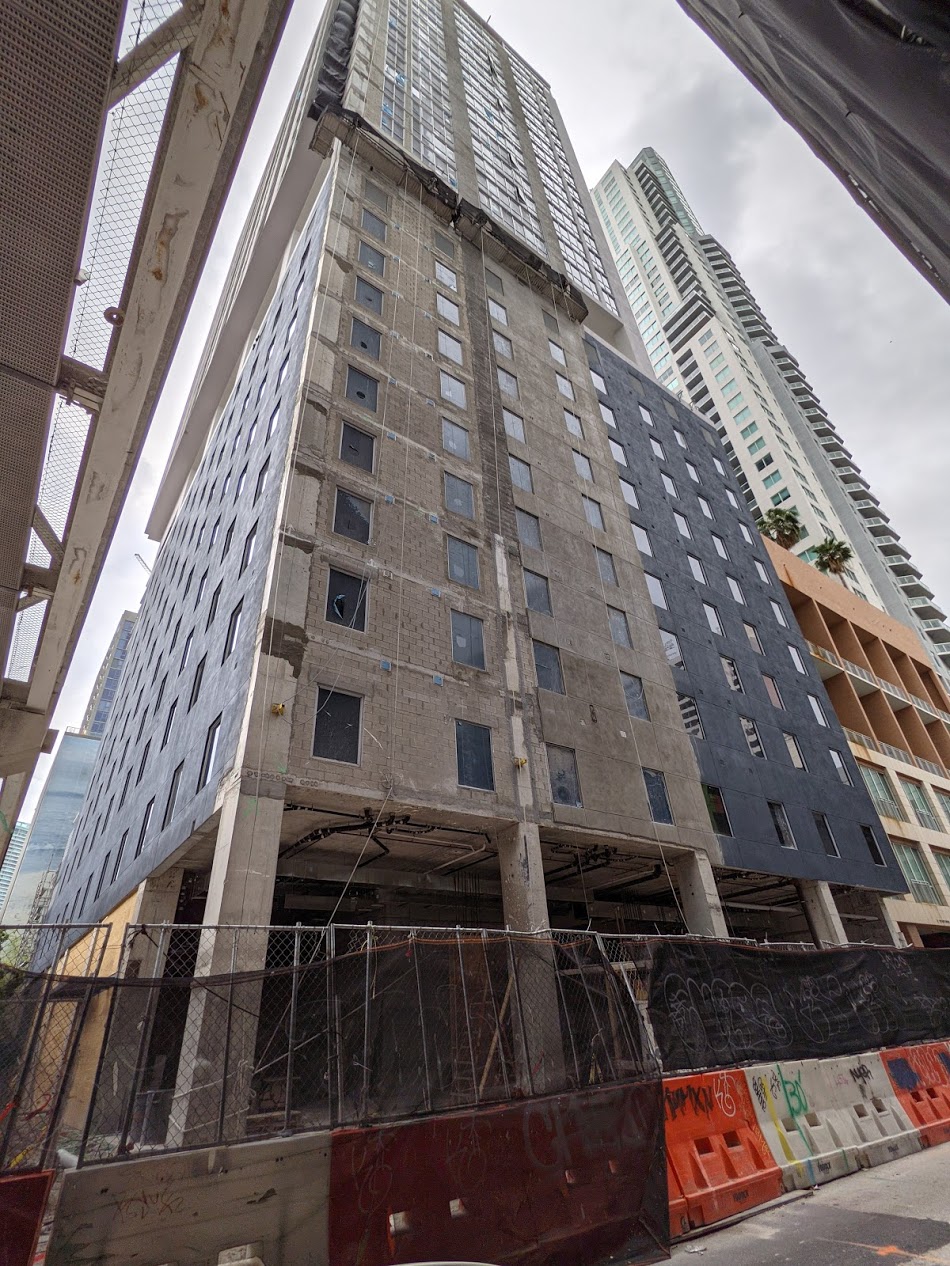 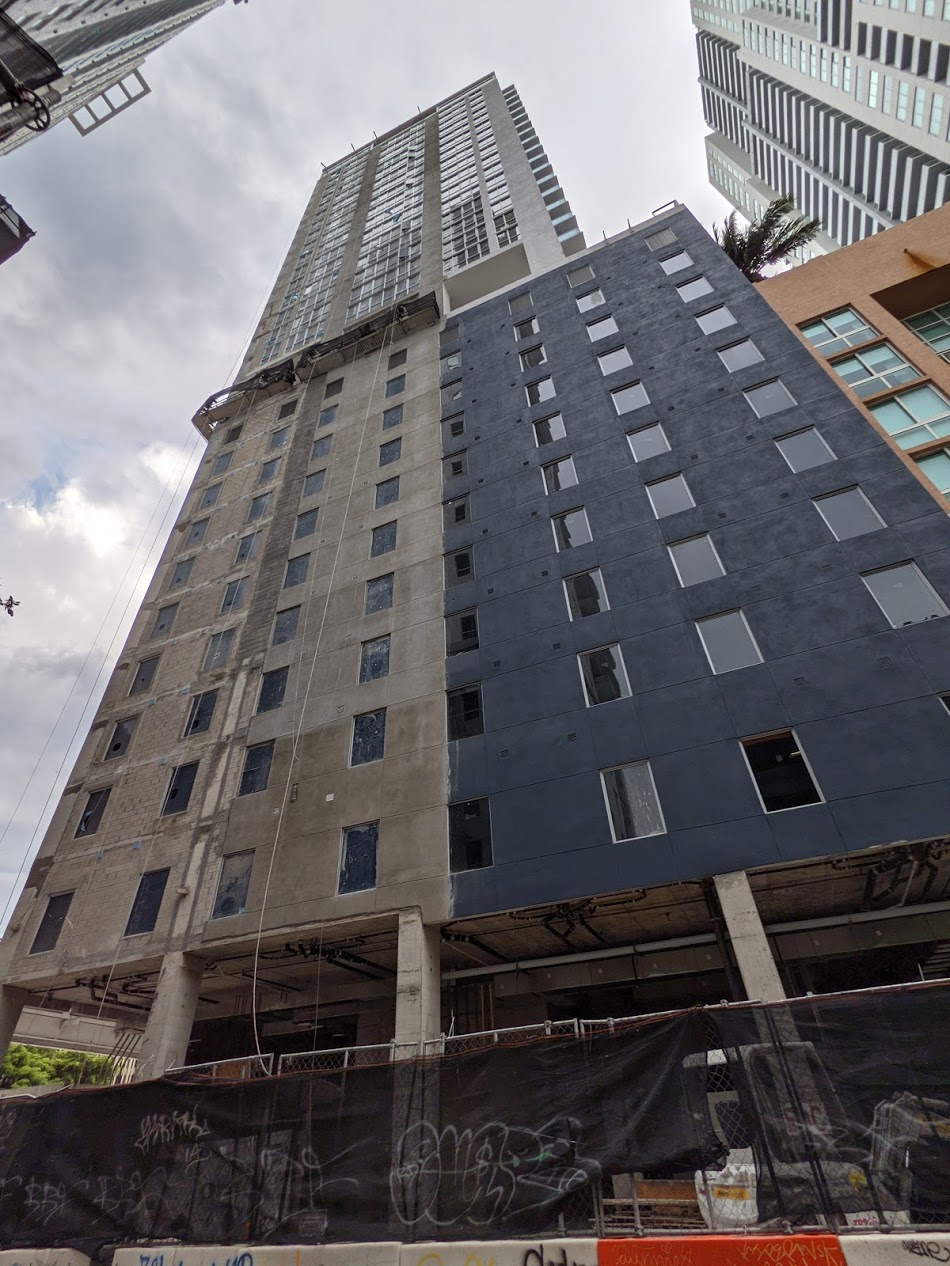 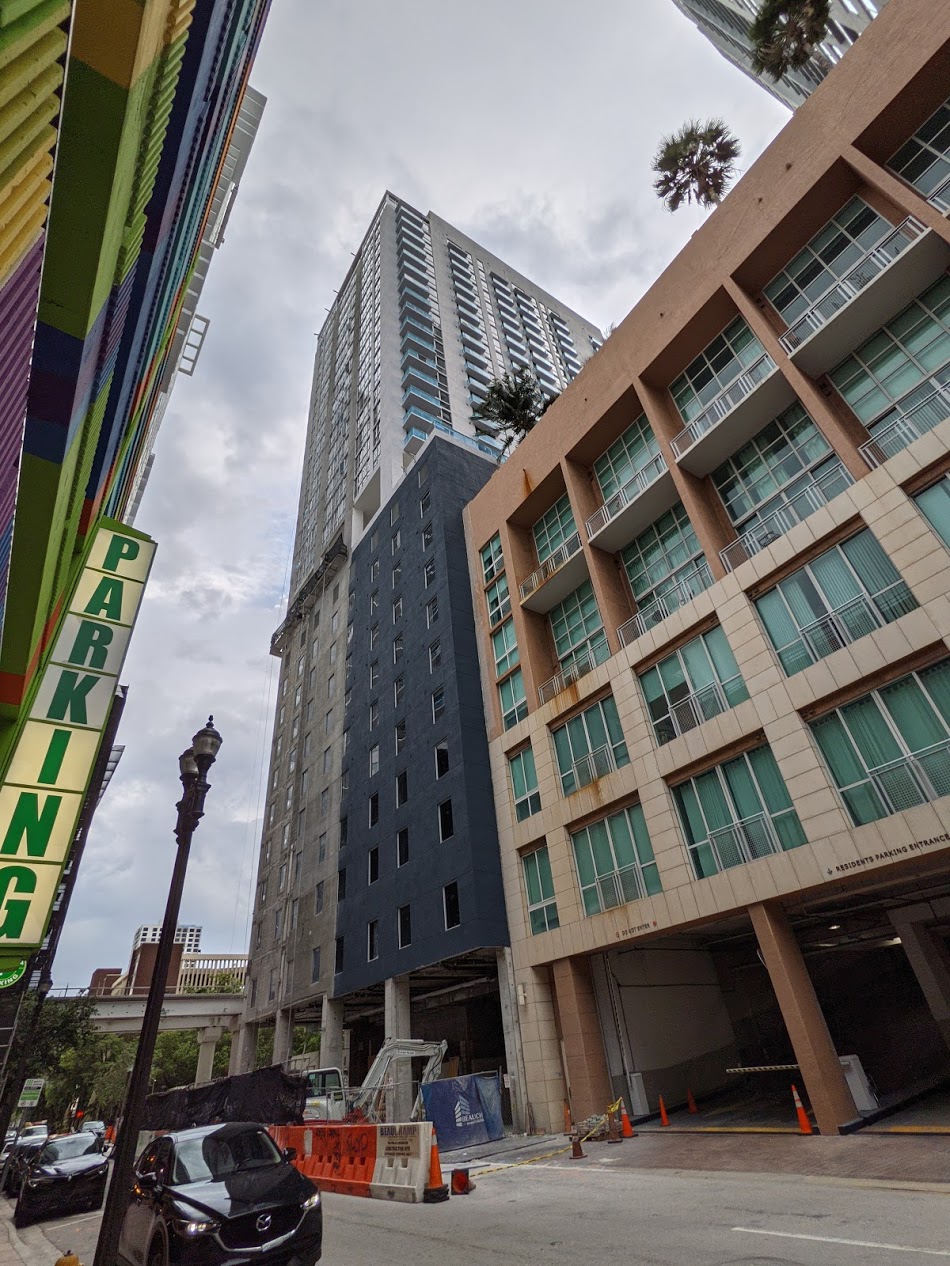 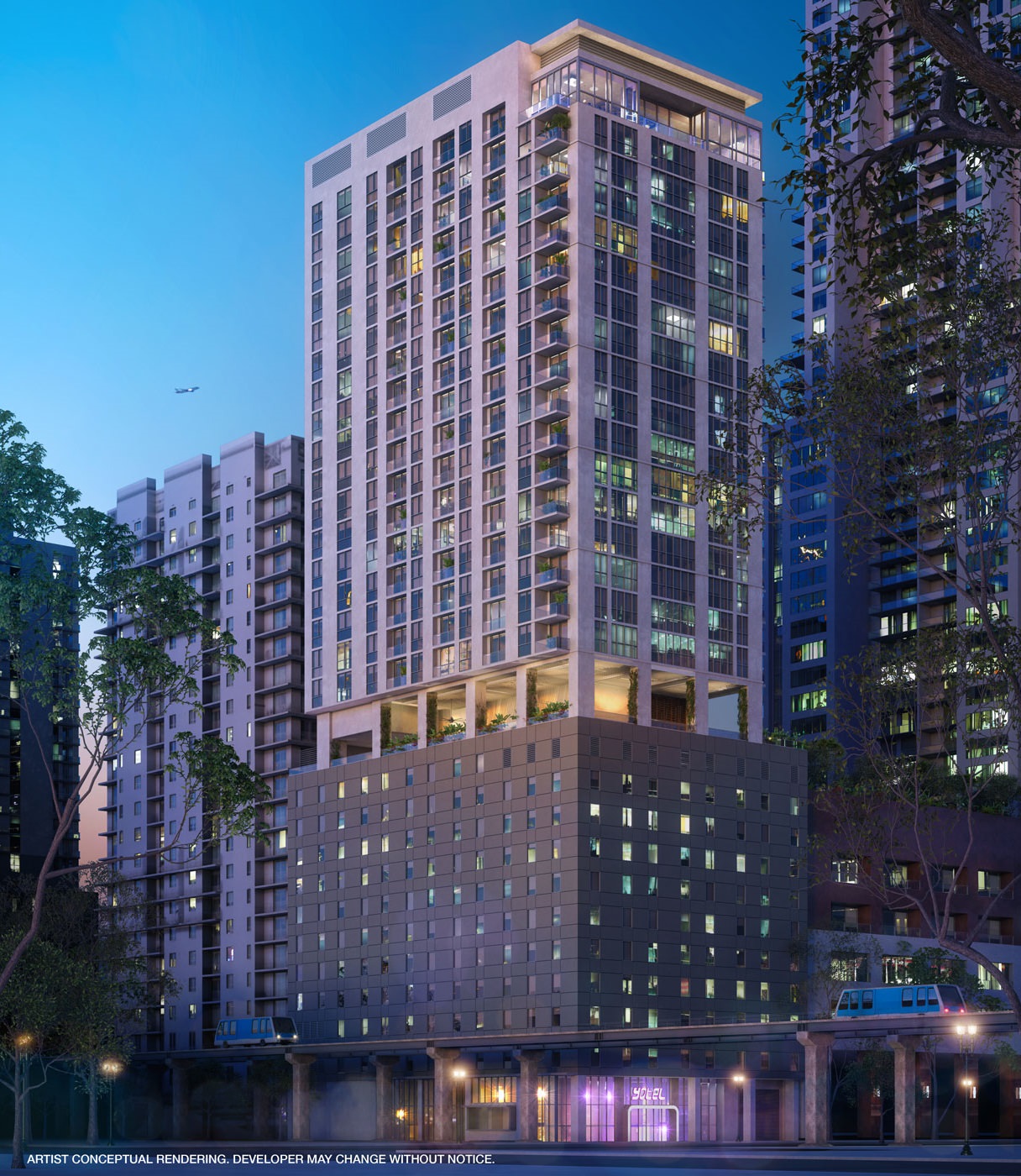