Photos: Downtown Miami As Seen From Royal Carribean HQ At The Port

Even on the busiest of days, PortMiami has a calm, island vibe, compared to the bustle of downtown Miami just across the bridge.

Royal Caribbean Cruises is headquartered on the island. The views are spectacular, and ships dock right outside their windows (RCL aggressively fought a soccer stadium that would have blocked their views).

With a setting like this, it’s no wonder that the the company is successful. RCL’s share price has risen more than 250% over the past five years, nearly triple what the S&P 500 has done during the same period. 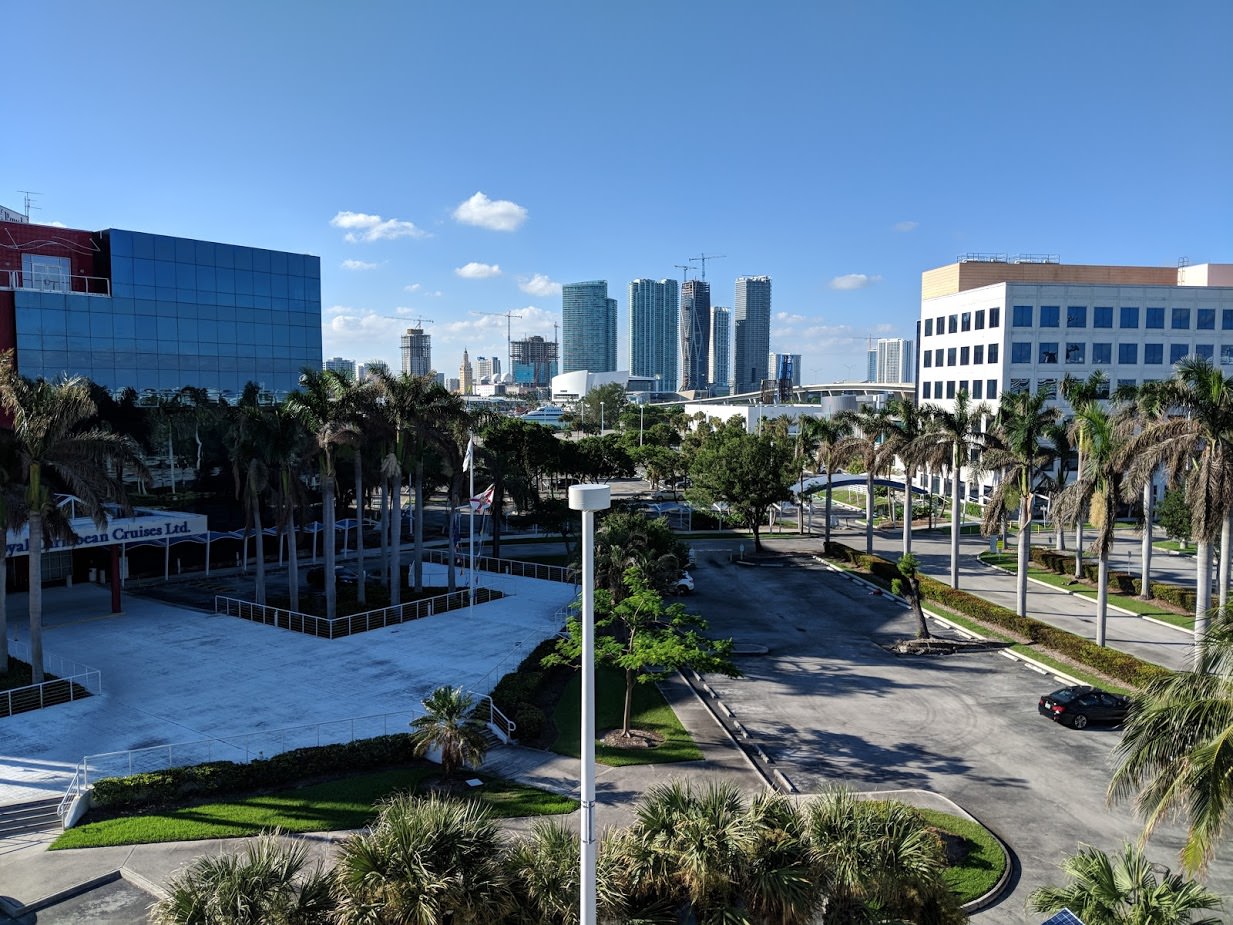 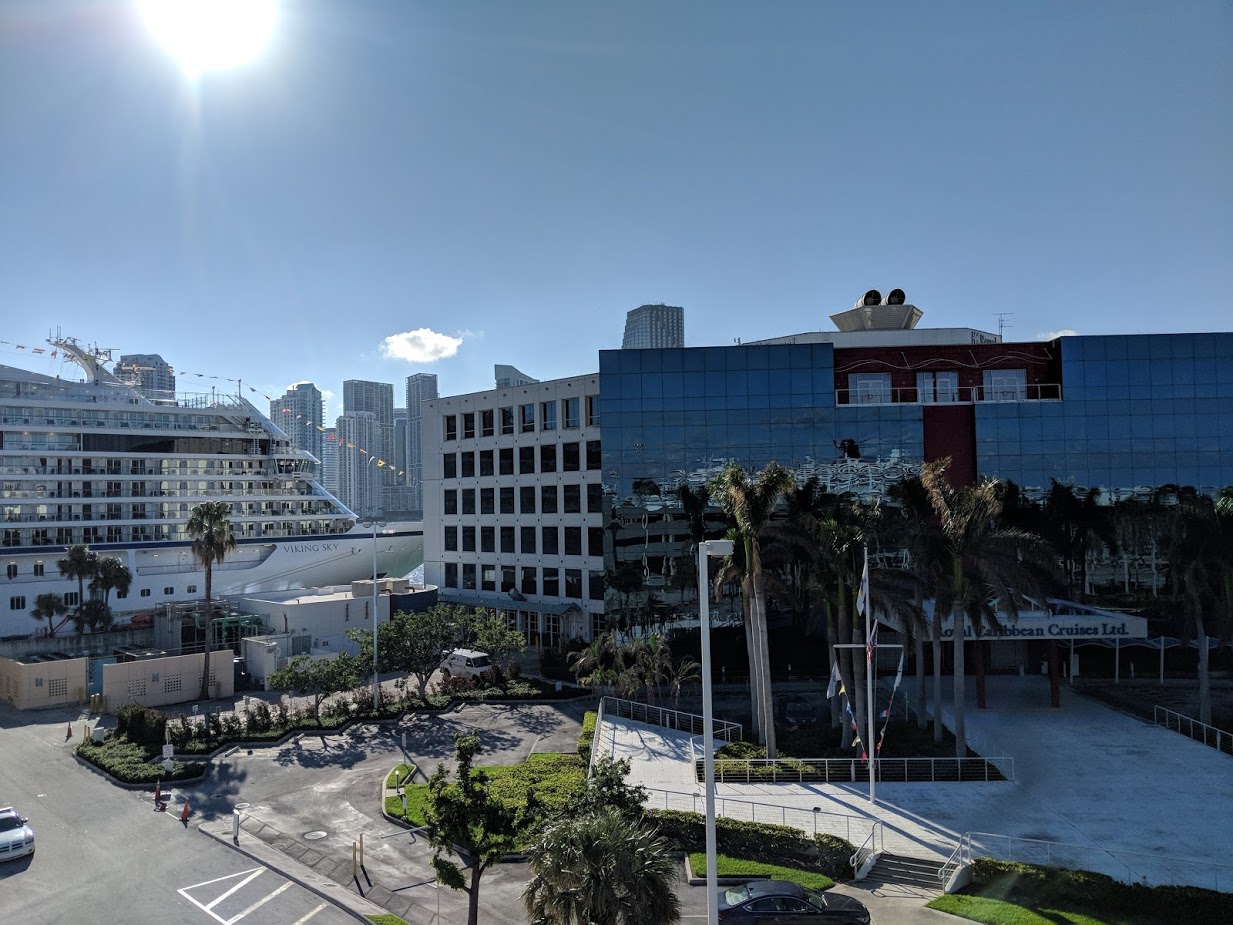 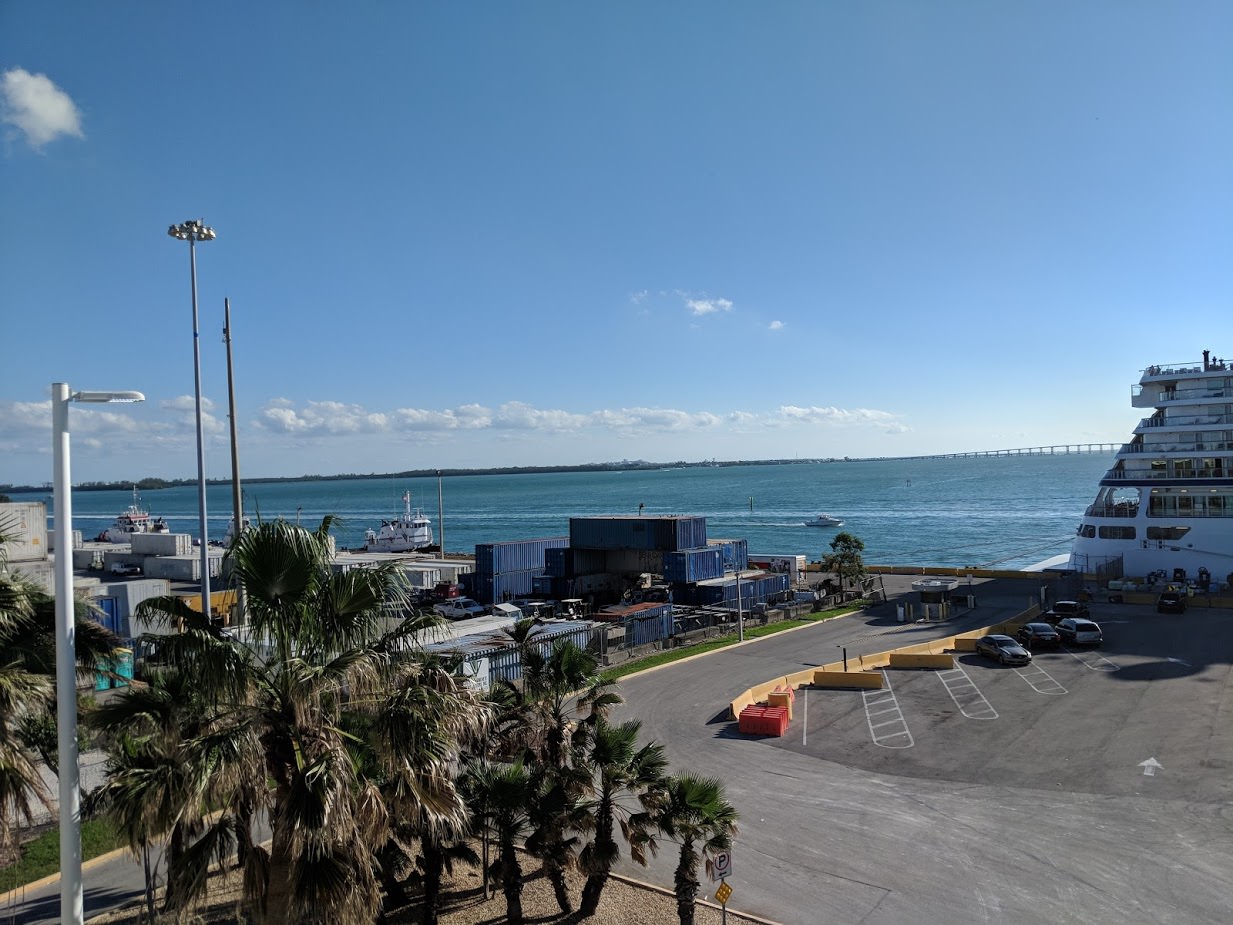 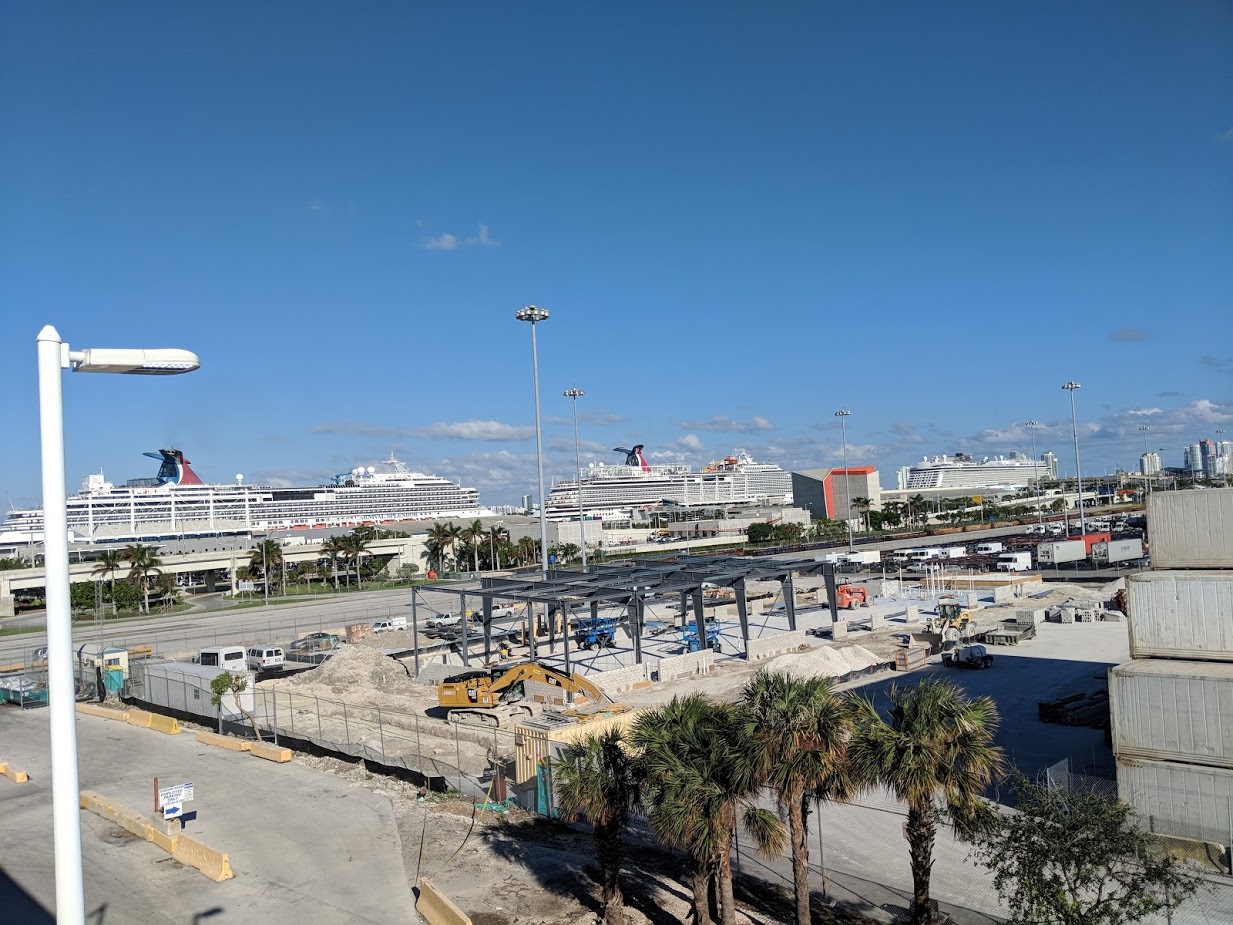