The new I-395 overpasses now cross the Brightline tracks after recent construction work, project representatives said in a presentation.

Meanwhile, foundation work is continuing for the giant spider-like arches that will become the architectural highlight of the project.

The arches will run several blocks in downtown Miami. Foundation activity continues for the arches, with 1.7 million pounds of rebar being used to form a steel cage for the center pier footer.

Further west, work is continuing on a new double deck highway portion of 836 that will allow drivers to head to either Miami Beach or the port and bypass local traffic.

An extra lane is also now being built from the eastbound 836 lanes to northbound I-95, a bottleneck which has been causing daily traffic backups for decades.

There’s also a new ramp from westbound I-395 to southbound I-95 under construction. 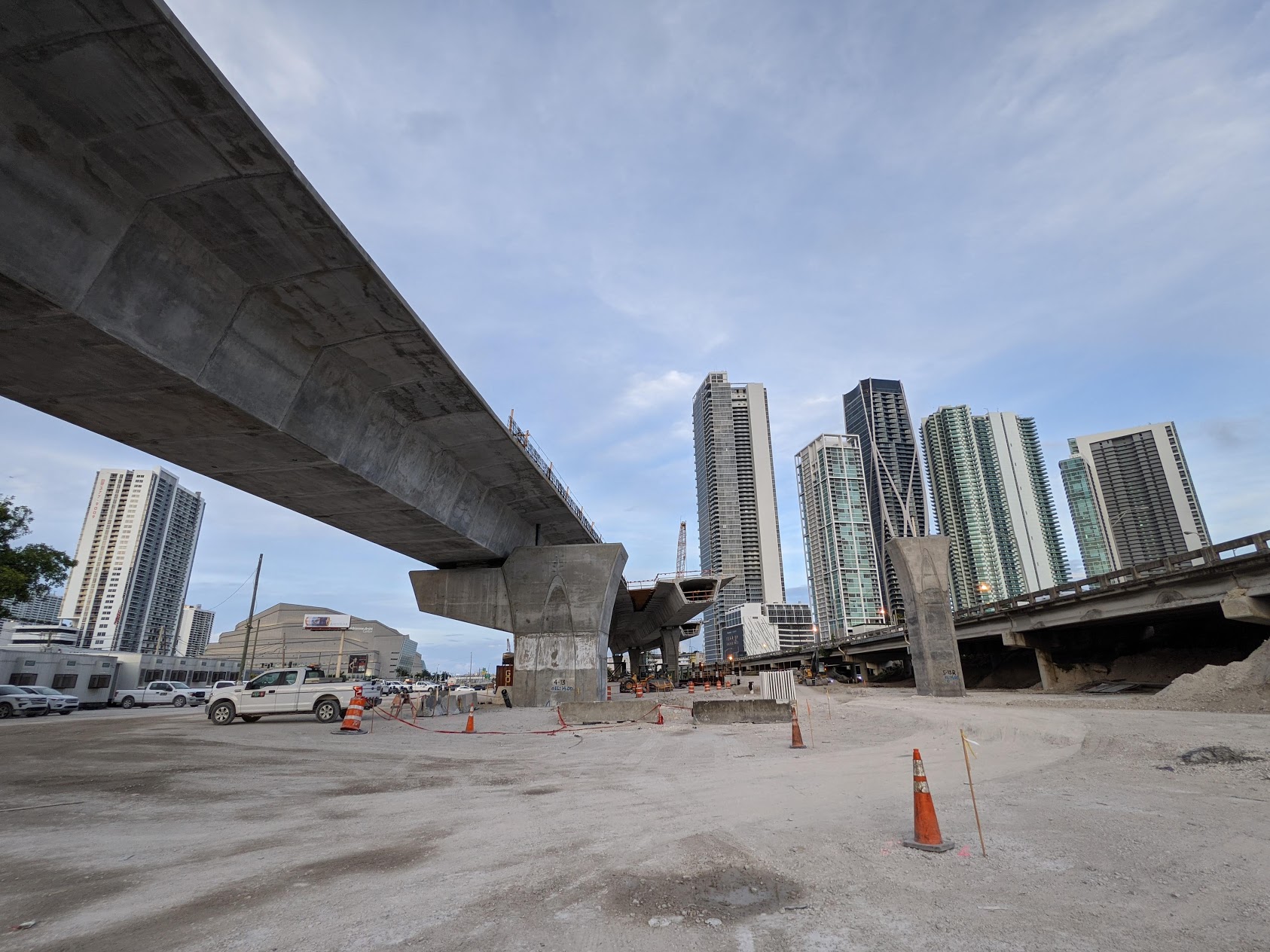 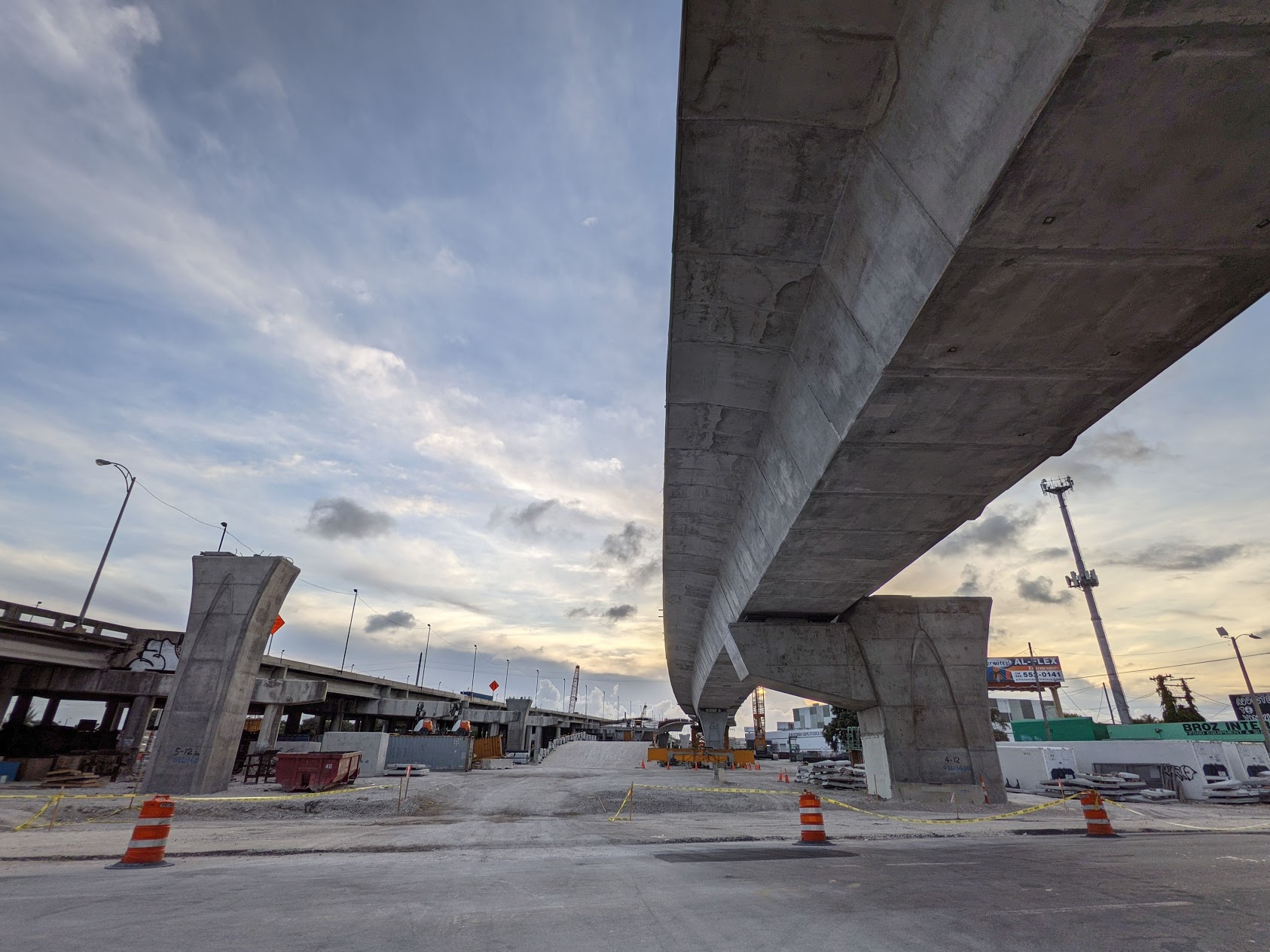 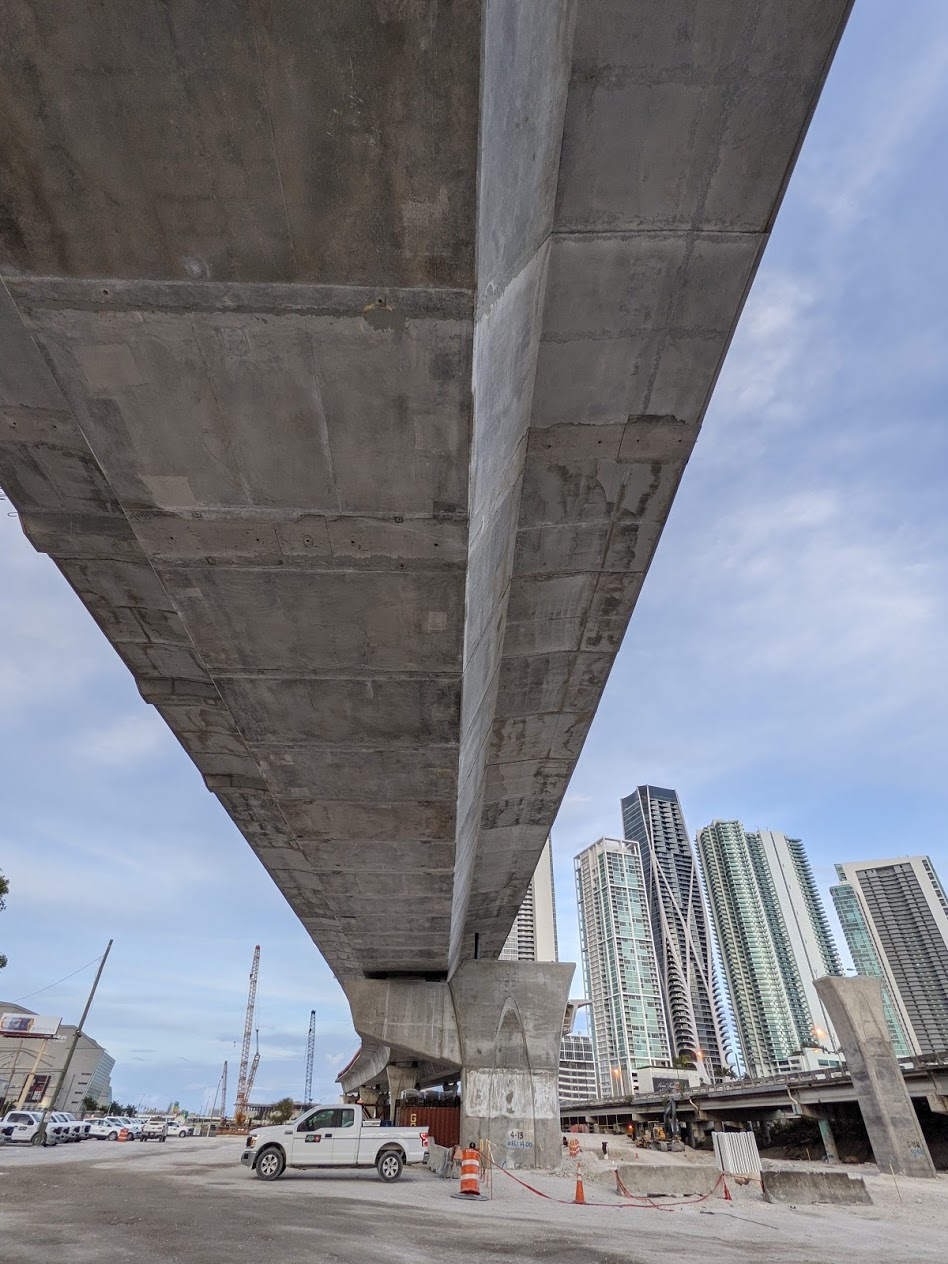 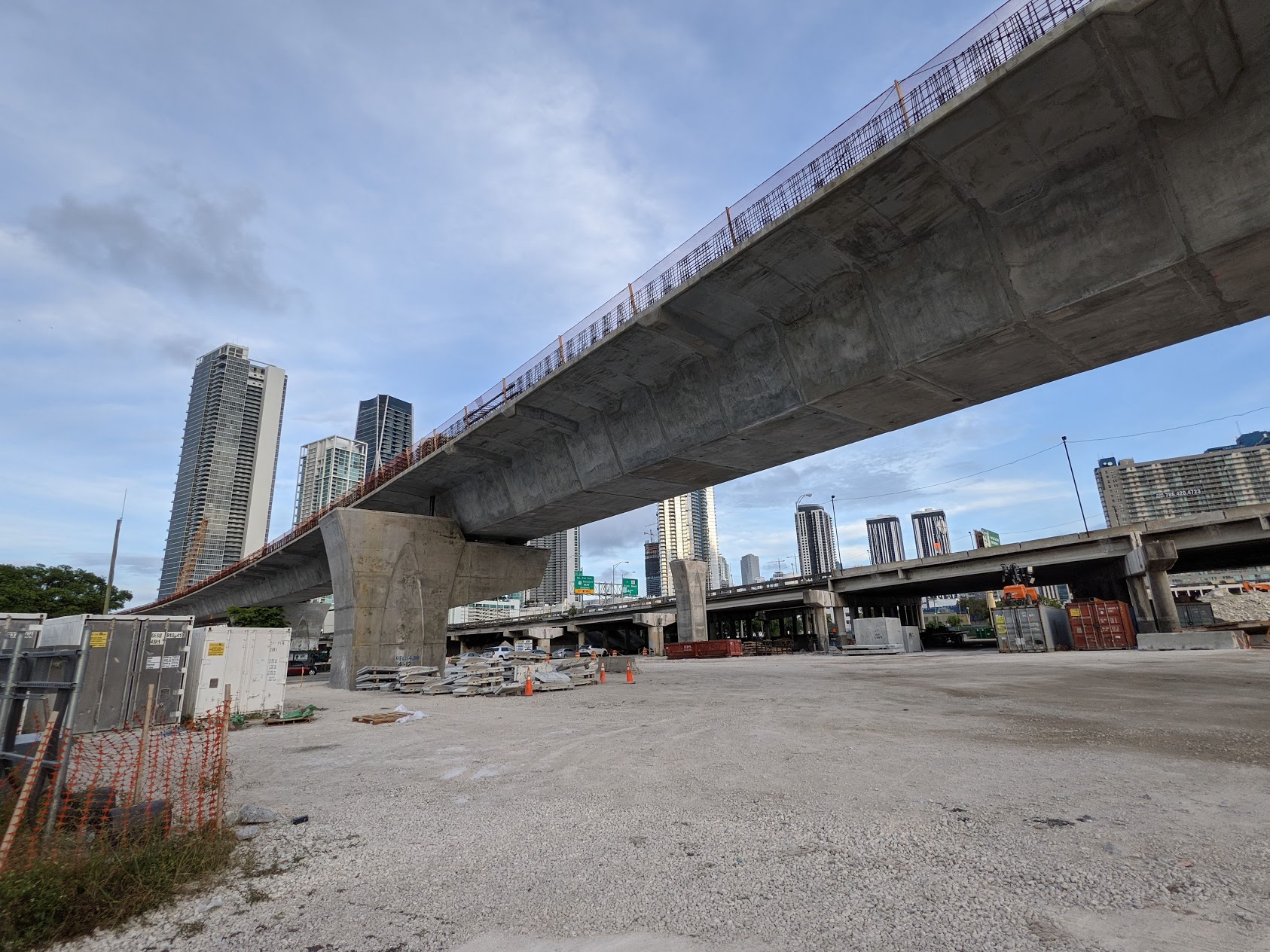 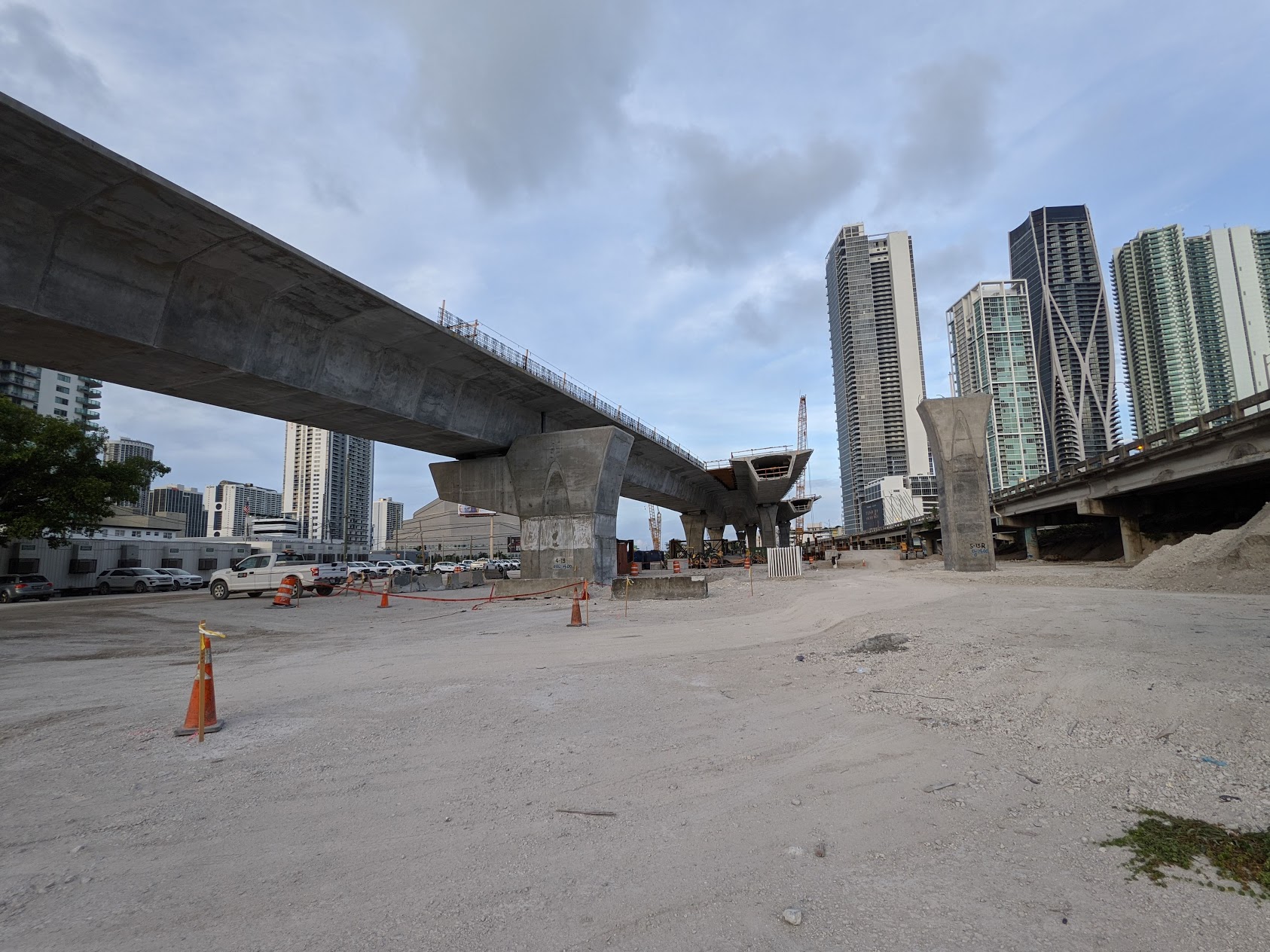 New second lane from eastbound 836 to northbound I-95: 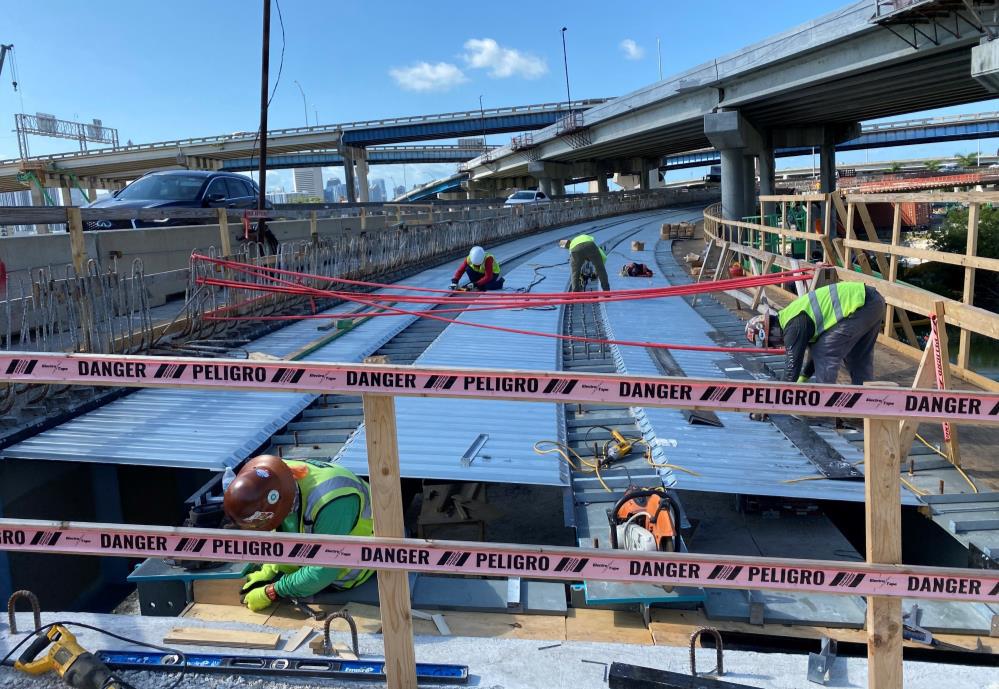 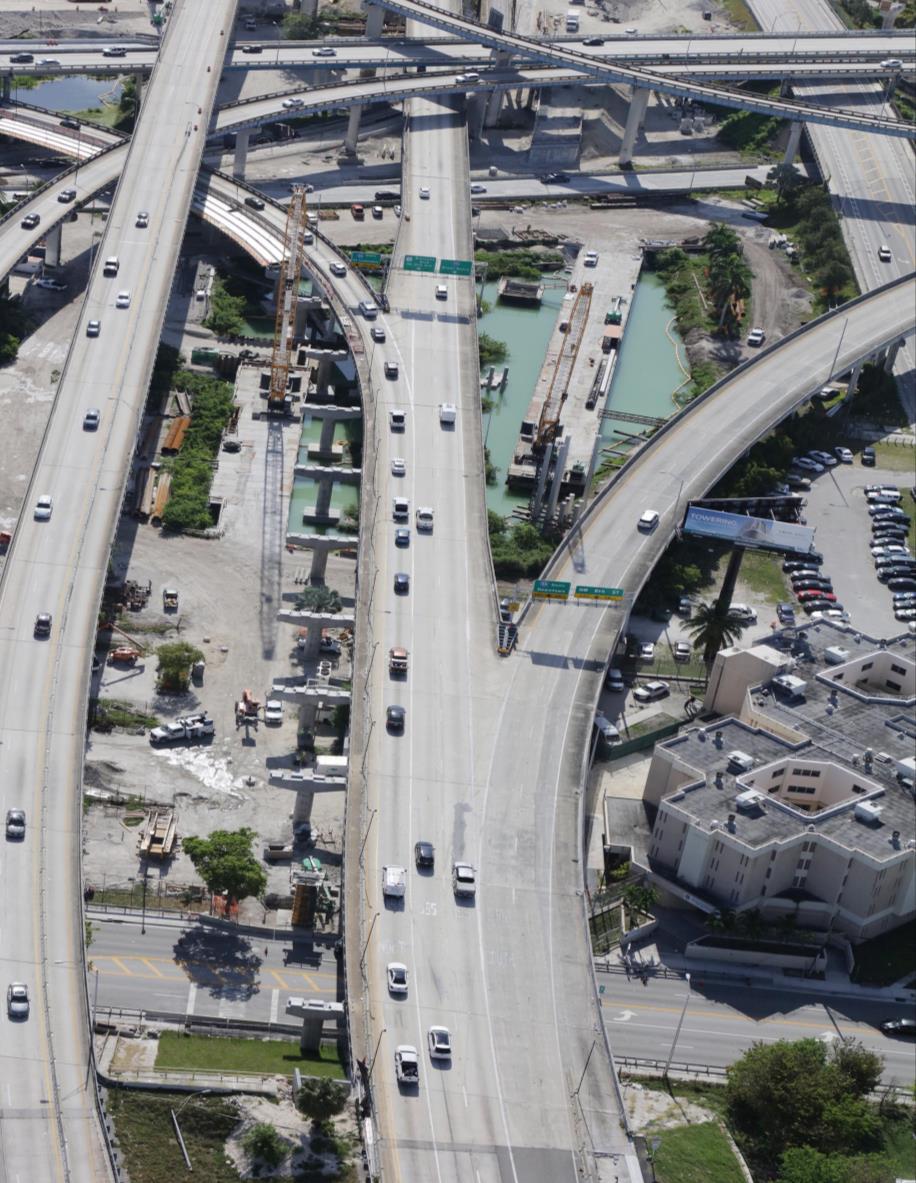 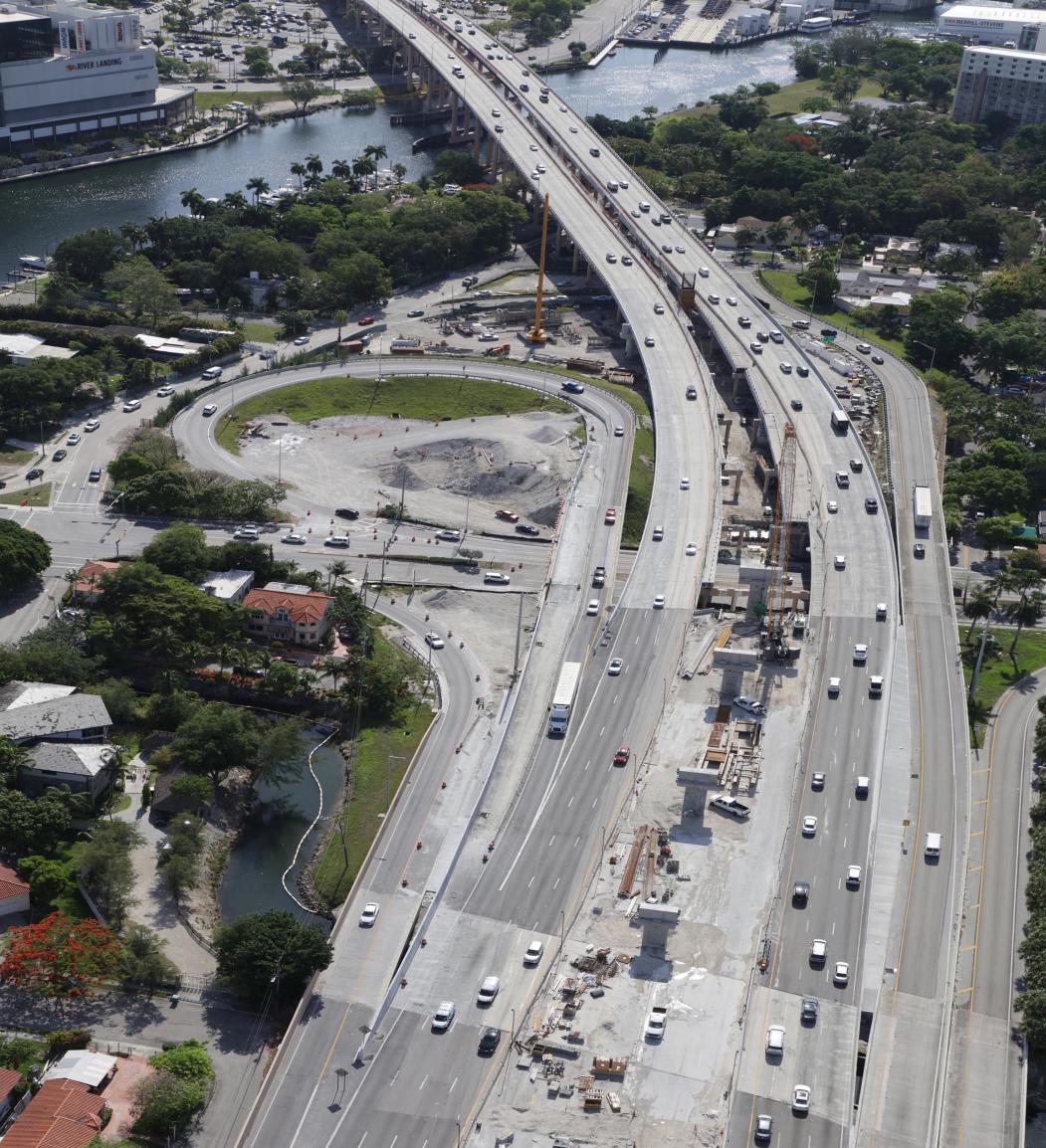 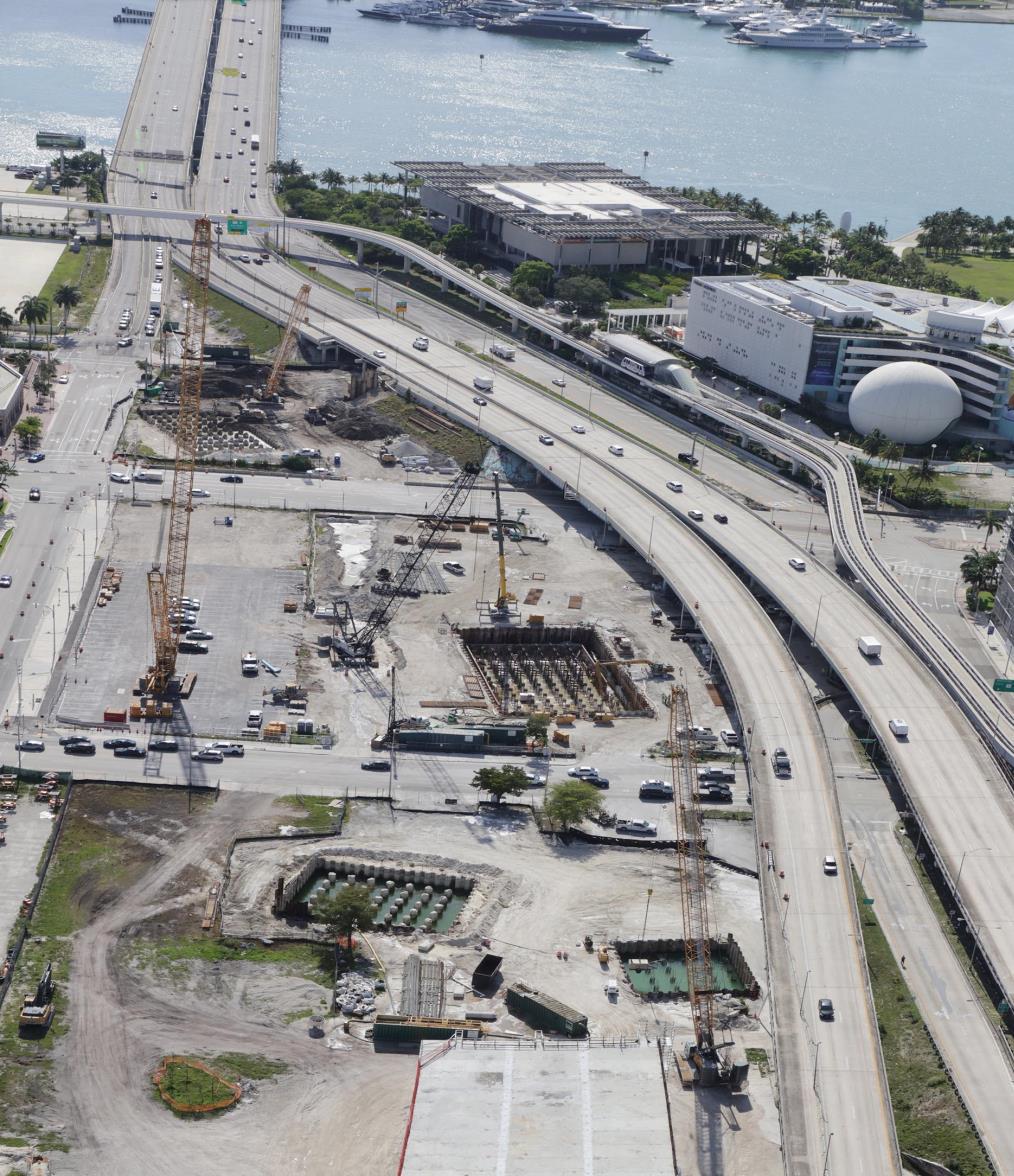 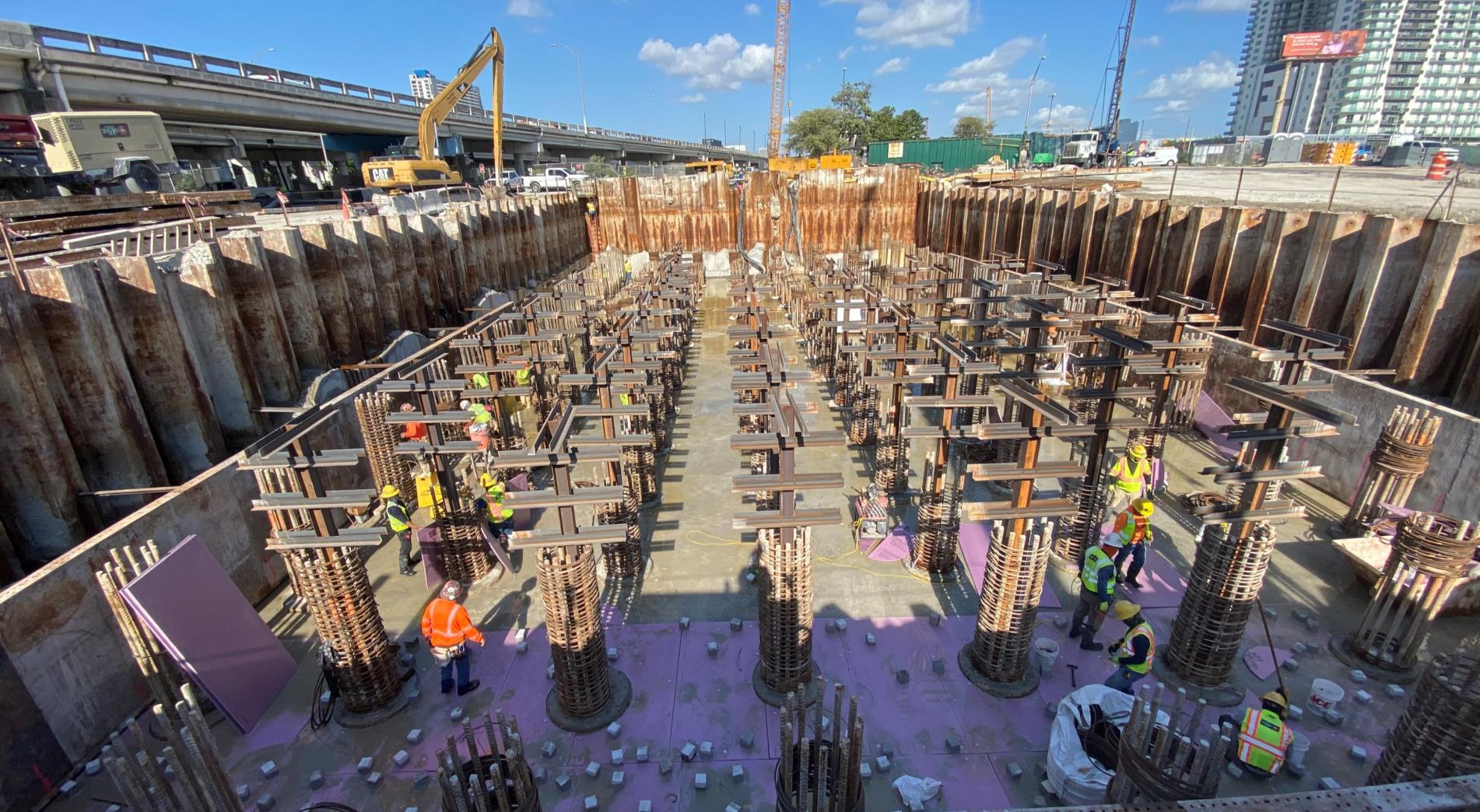 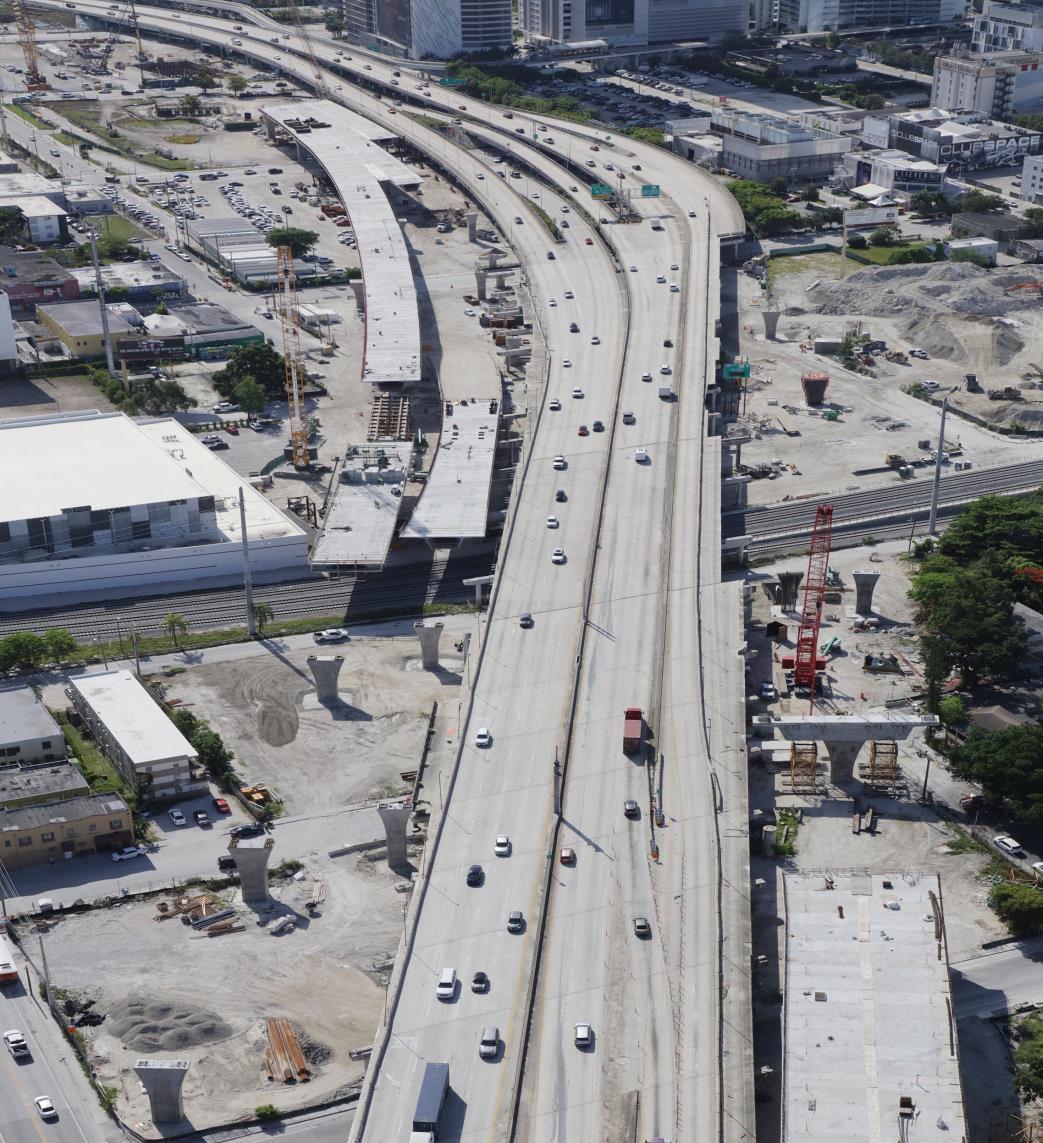