Melo Group’s Downtown 5th is getting closer to completion, with a lobby in one of the towers now essentially complete.

Photos show that a sidewalk in front of the project’s 53-story east tower has also now been opened, amid rumors that pre-leasing activity has been strong.

The west tower is a bit further behind in construction.

A spokesperson for Melo told The Next Miami that the project would be opening “very soon,” but was unable to confirm an exact date.

The twin-tower project will become downtown Miami’s biggest ever apartment project by unit count upon completion, with 1,042 apartments.

The project also broke a record for construction speed, with the developer topping off the first of two 53-story towers just 47 weeks after breaking ground.

Melo recently broke ground on their next tower, the 60-story Downtown 1st with 560 apartments. They are also preparing to build another 441 apartments in a project called Urban22. 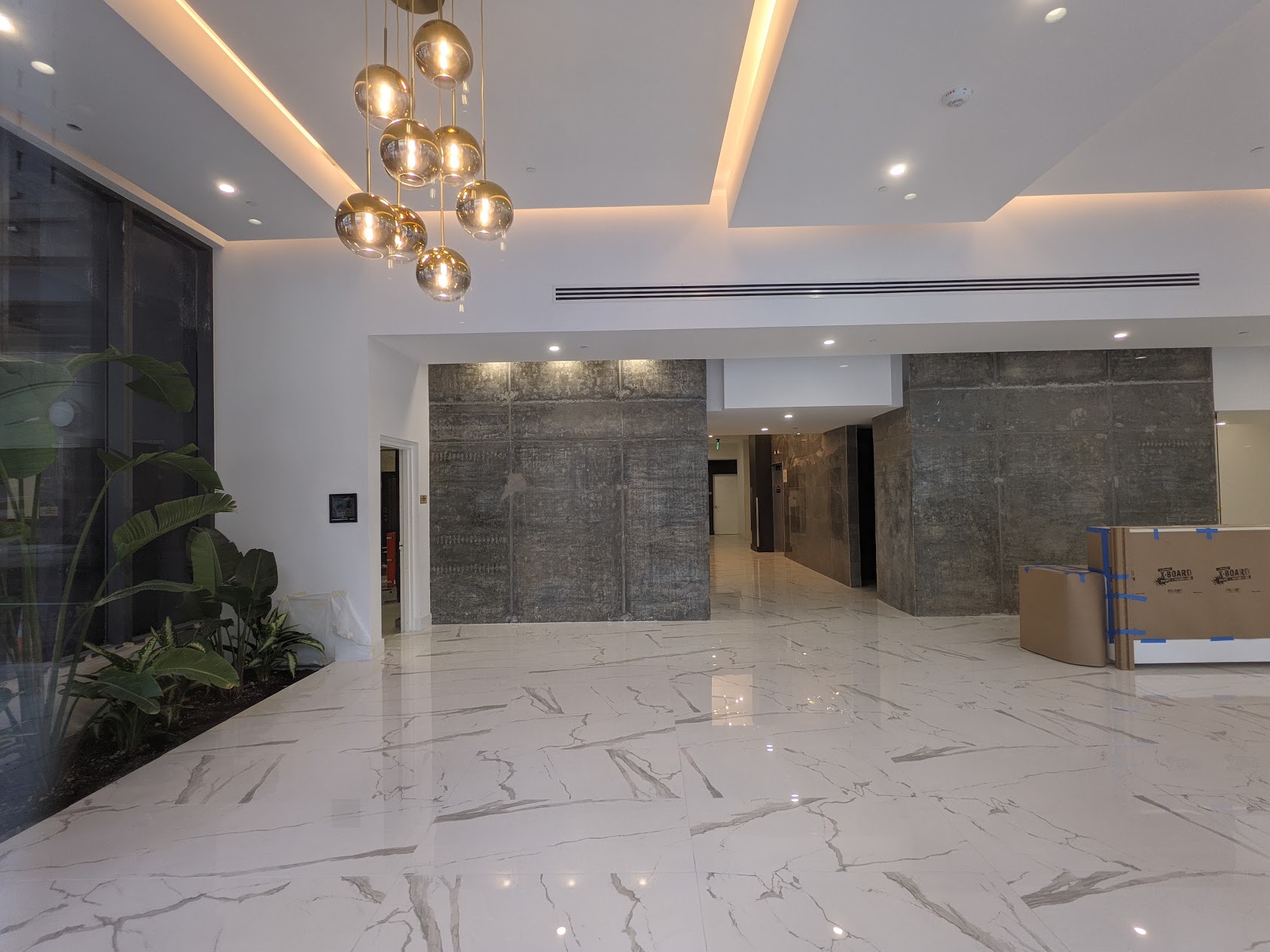 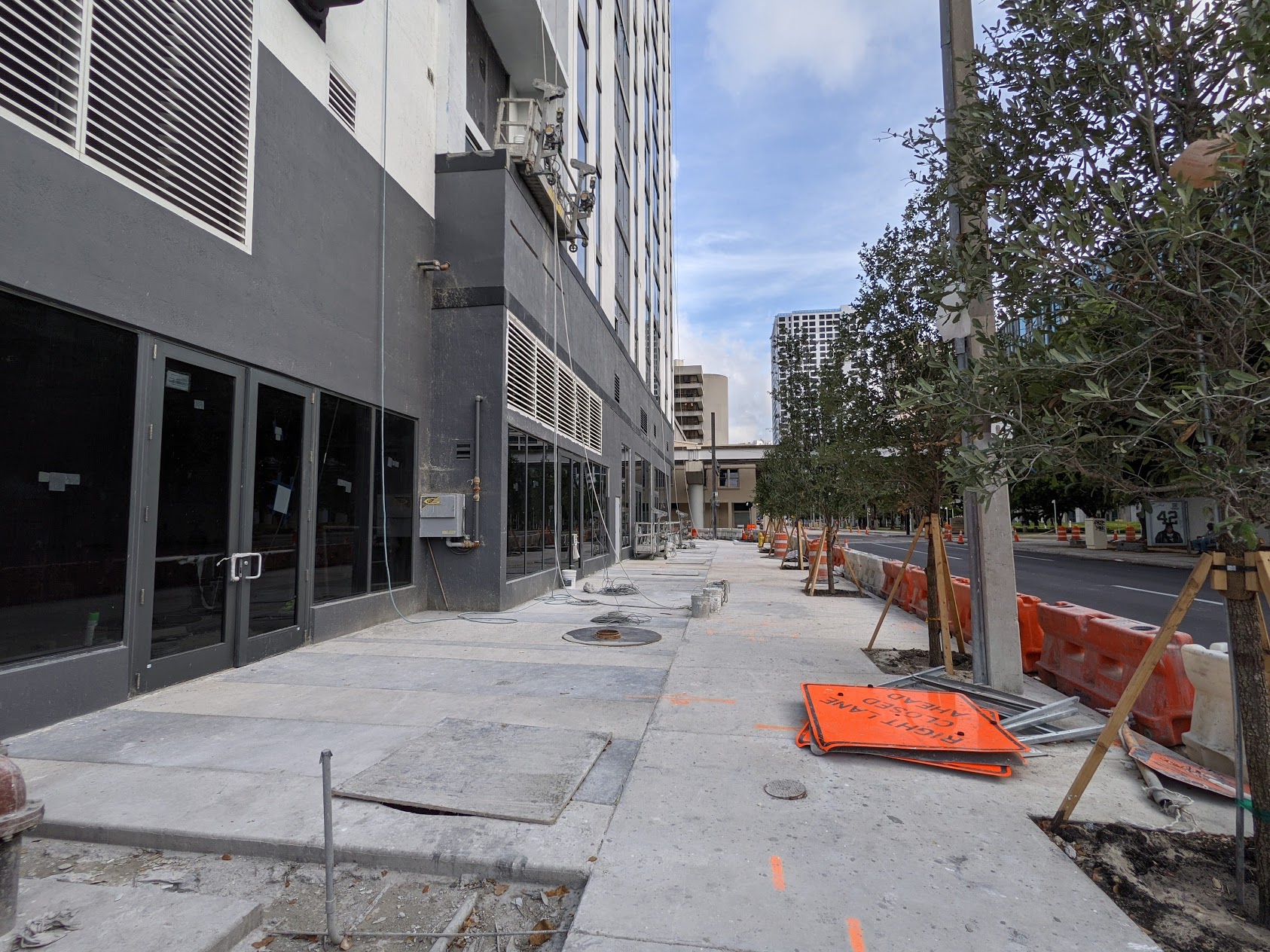 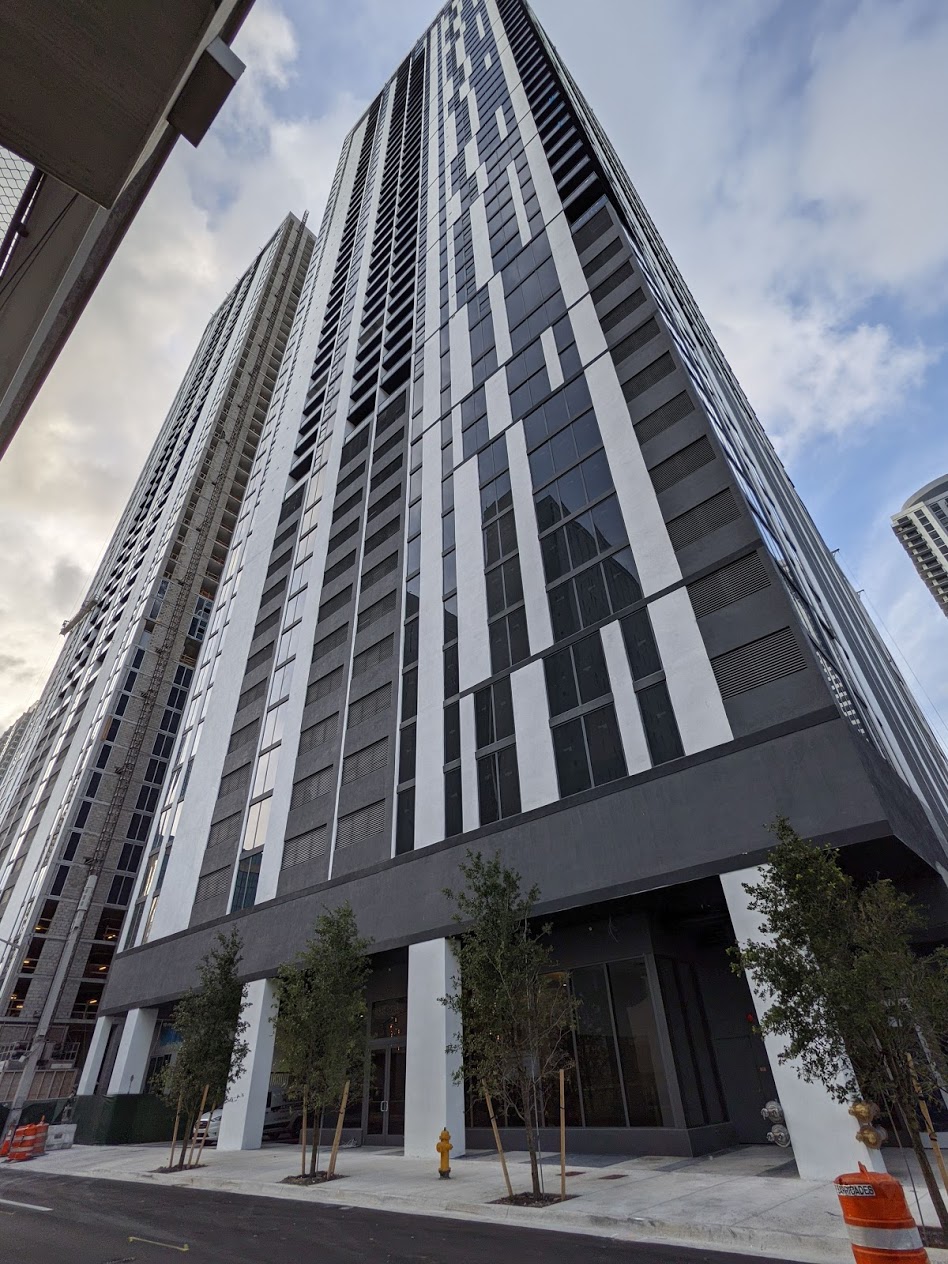 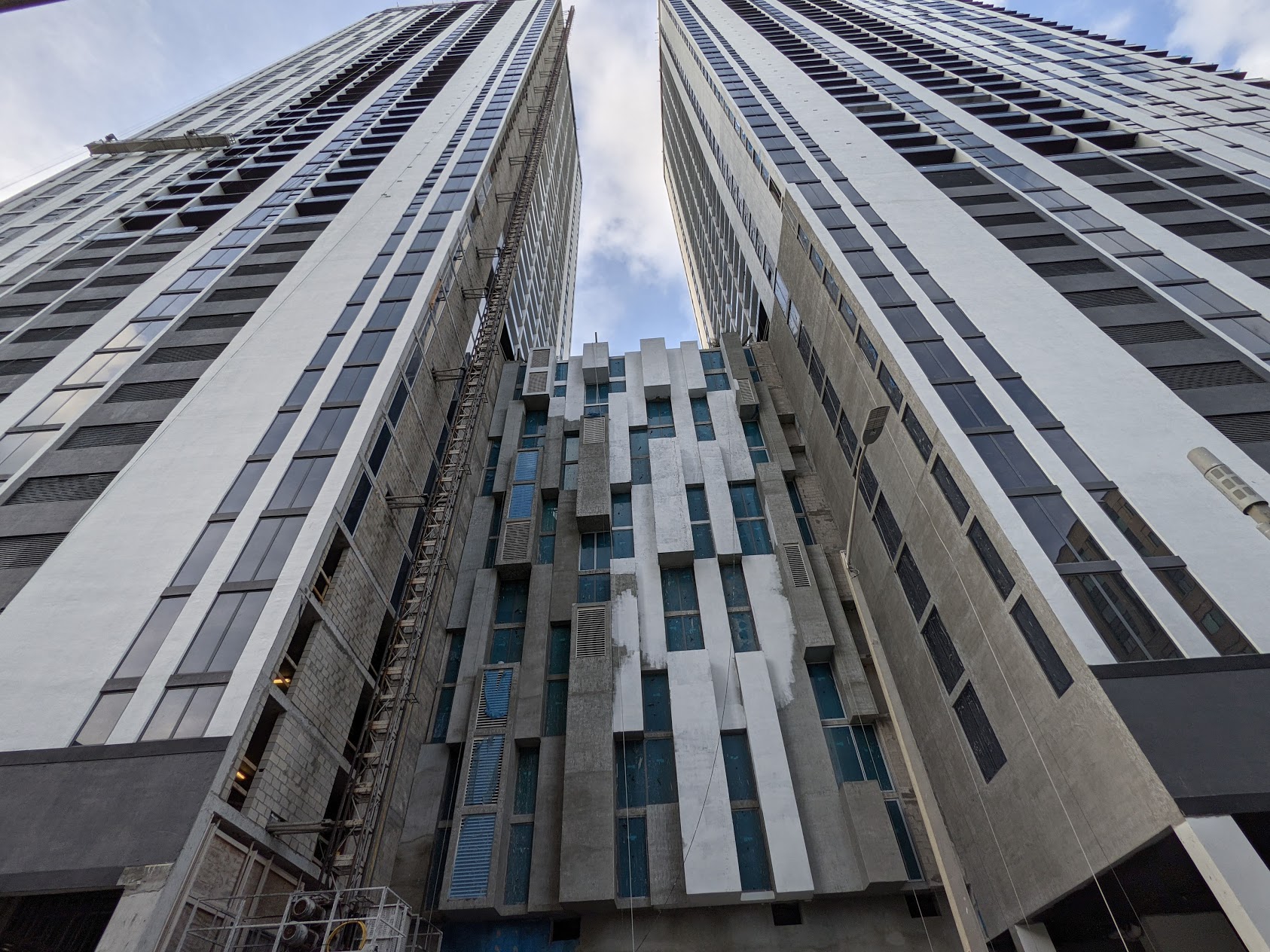 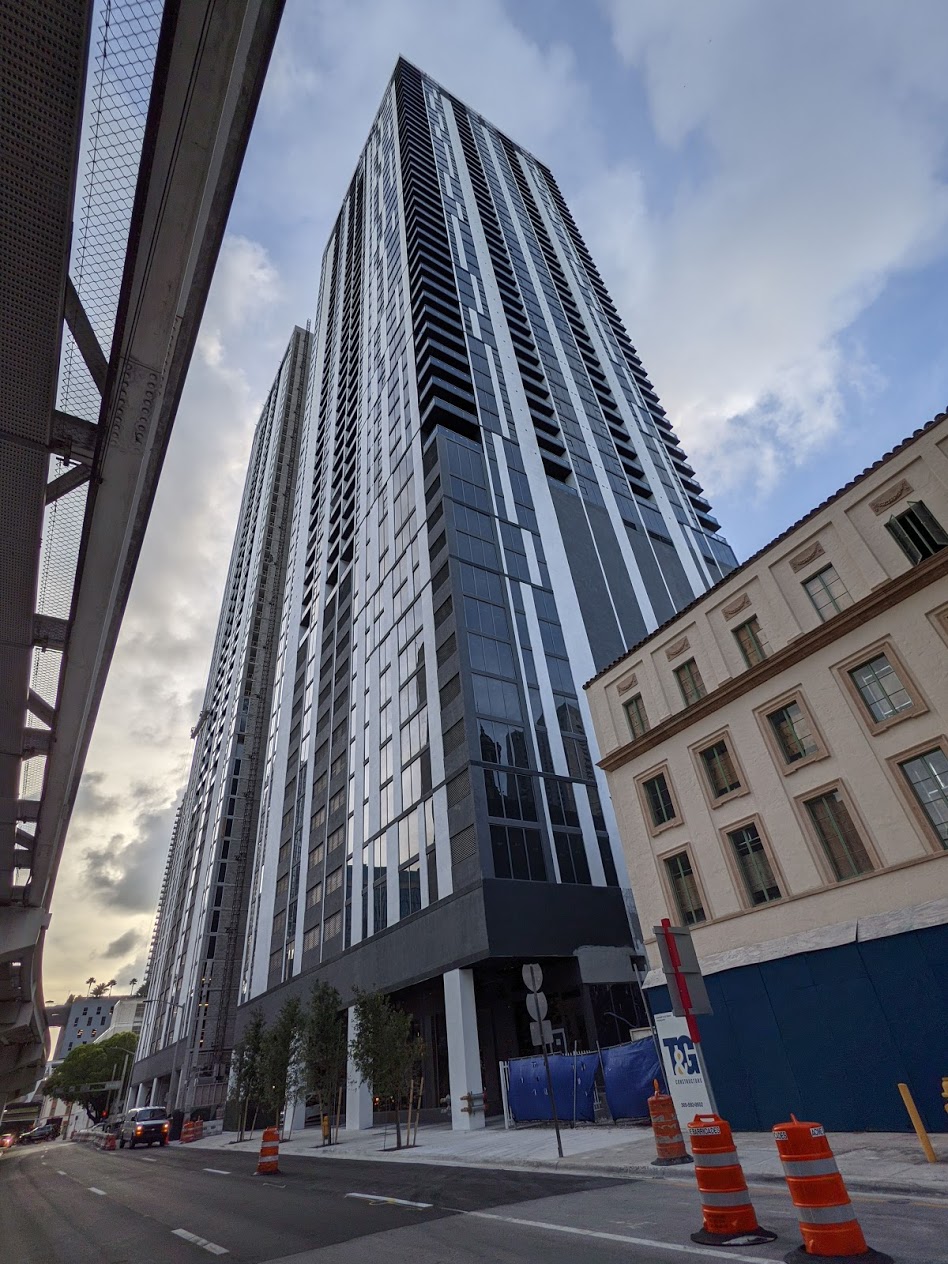 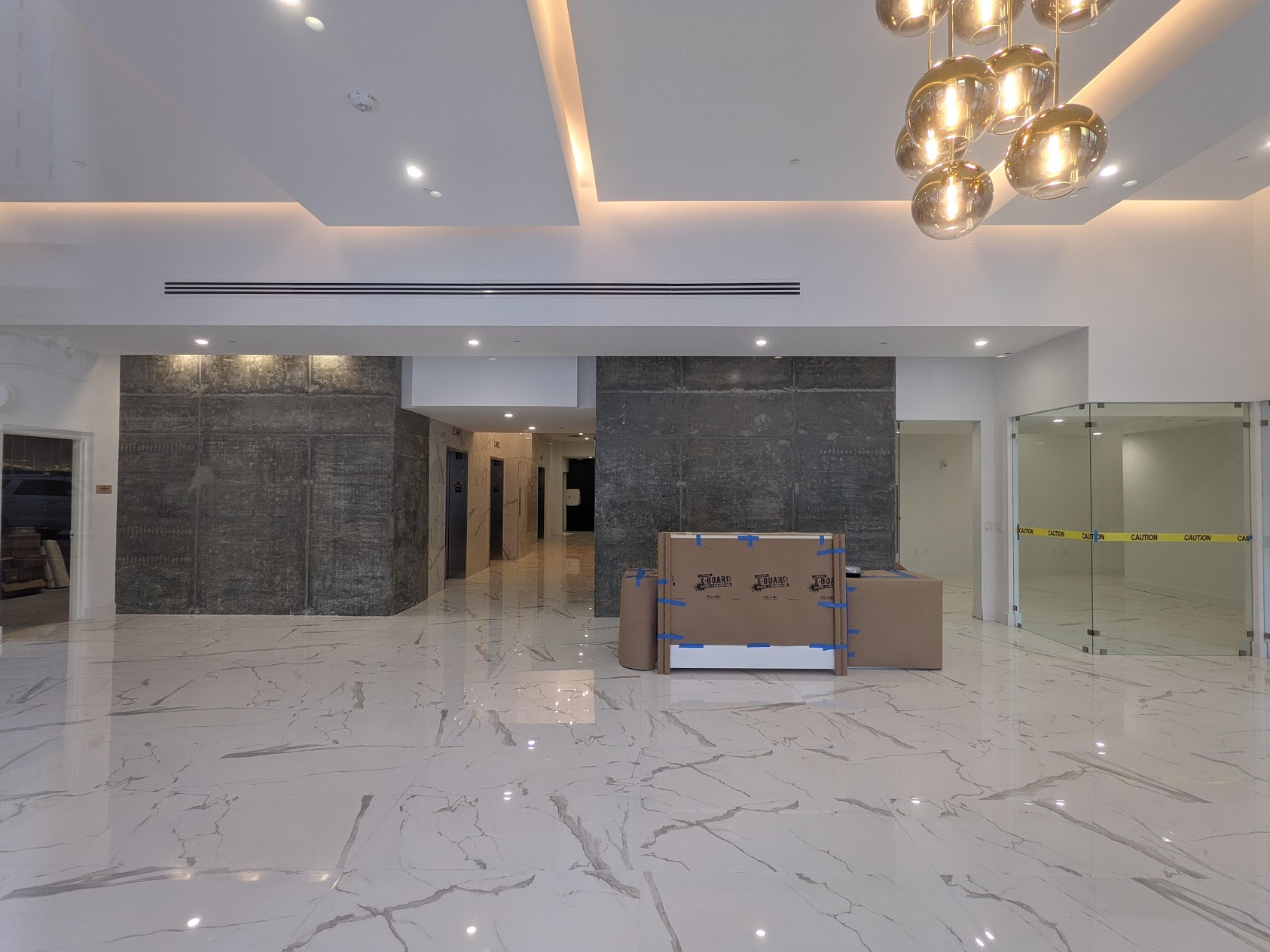 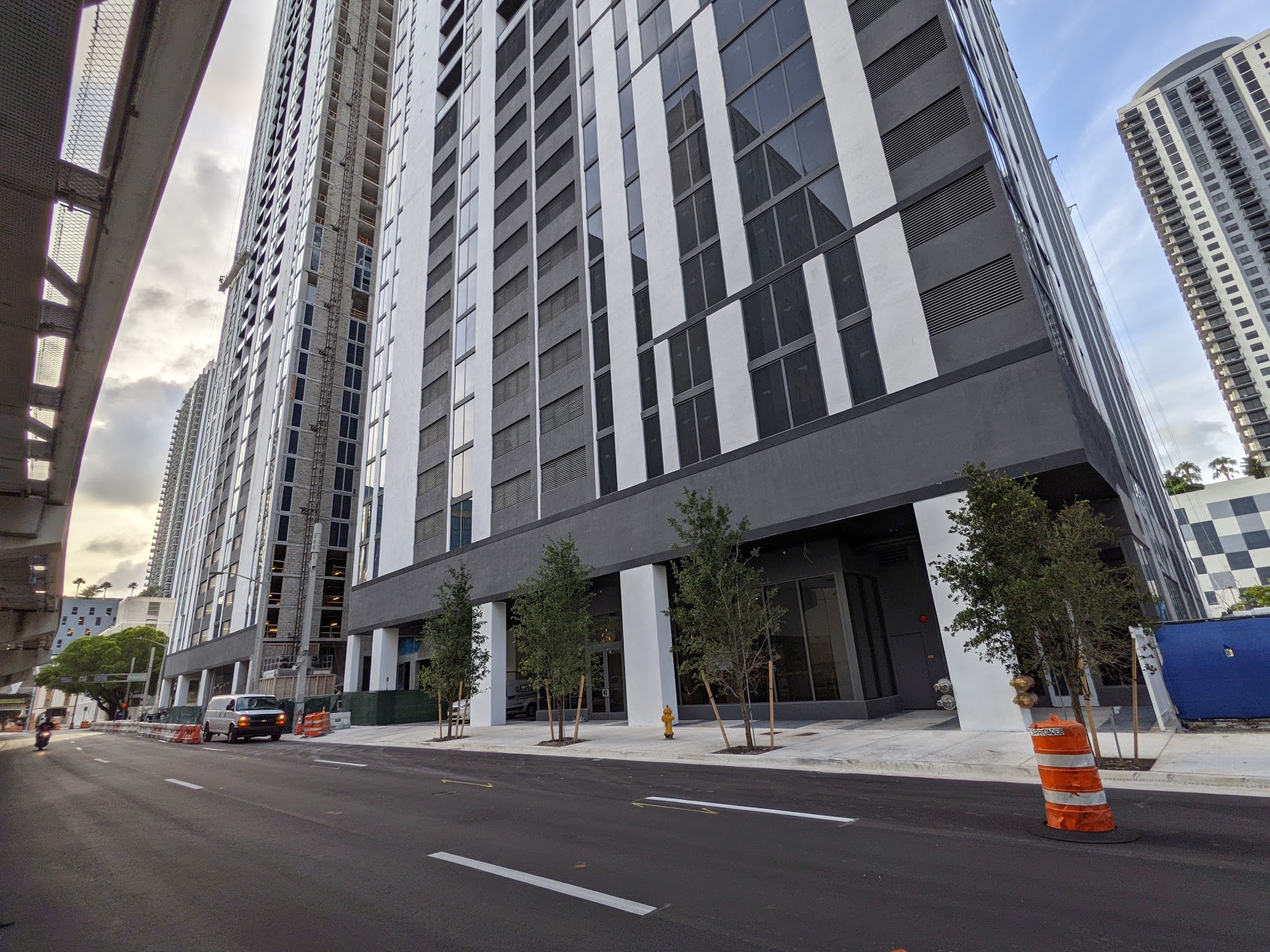 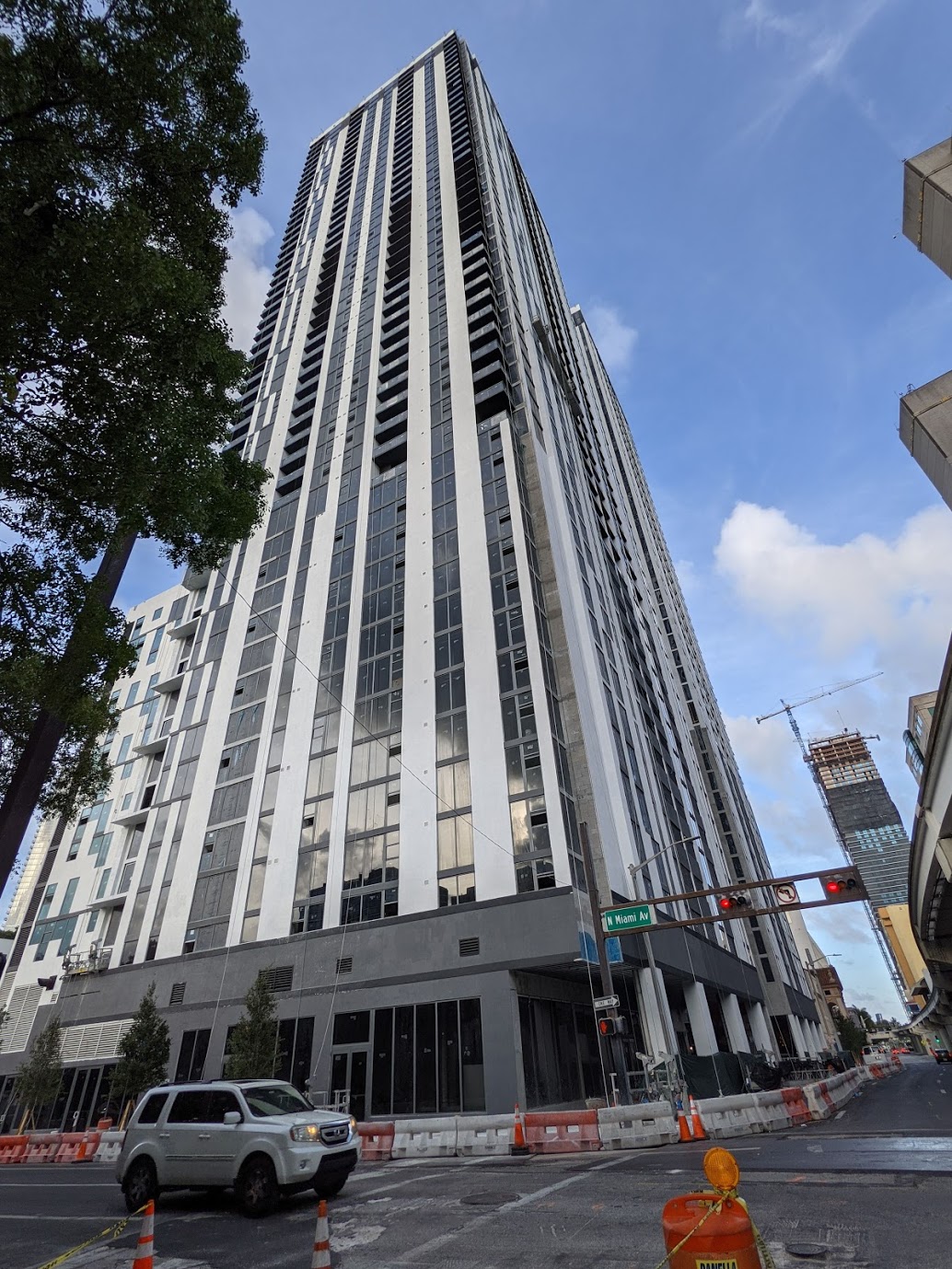