At the former Miami Herald site, massive tents on top of a newly poured concrete slab are now under construction.

A construction permit was approved despite the developer failing to open a Baywalk behind the property. 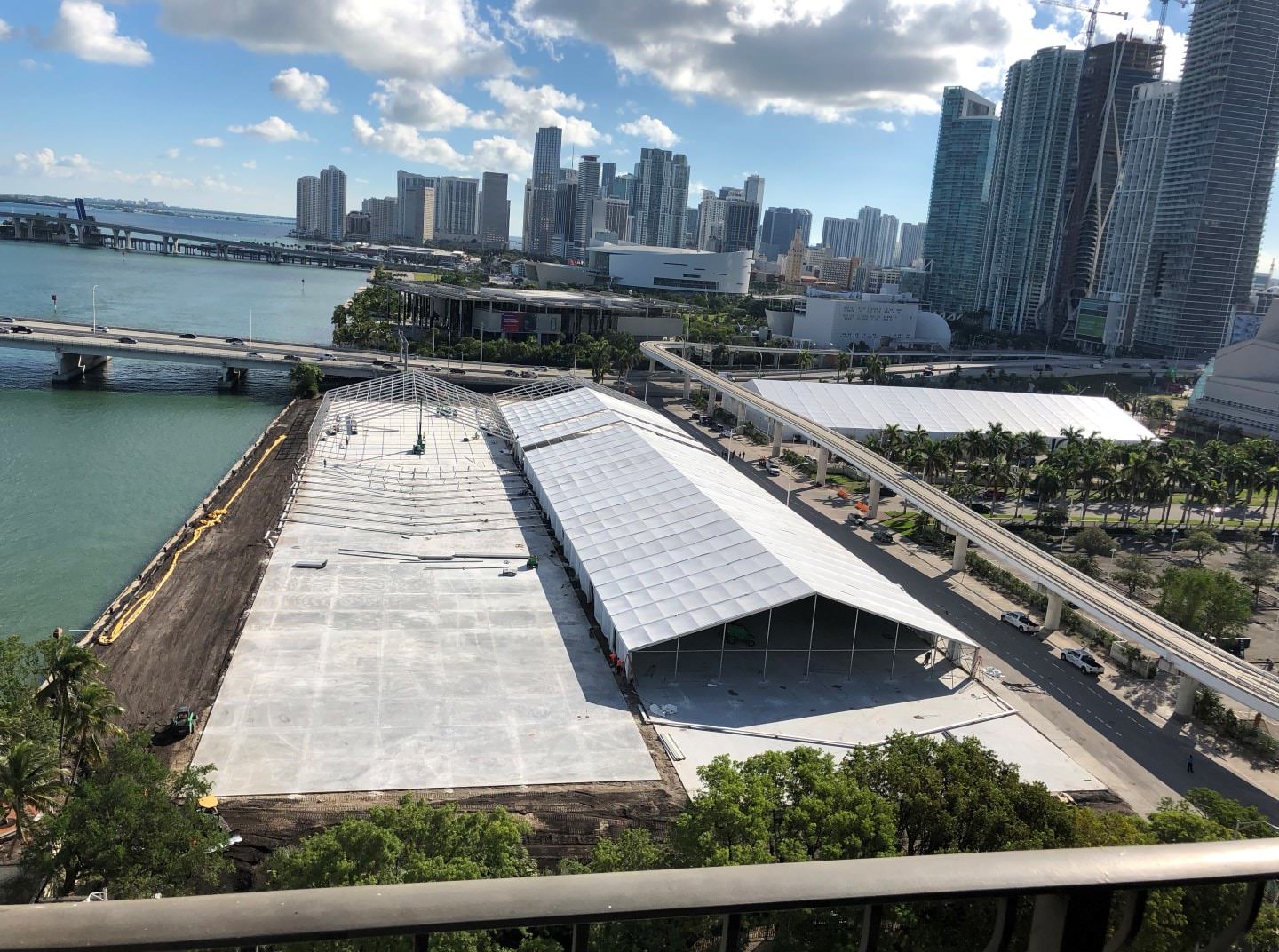 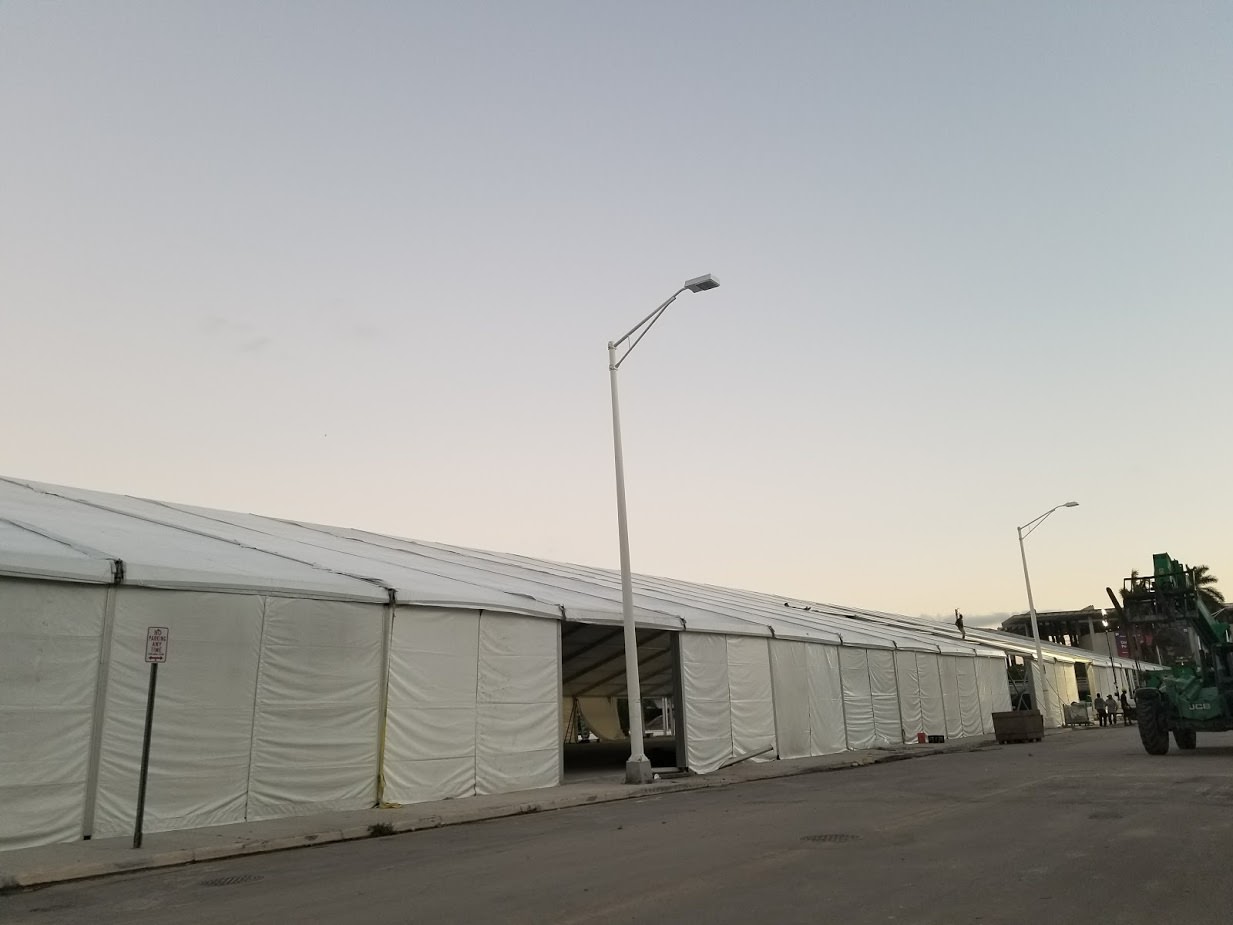 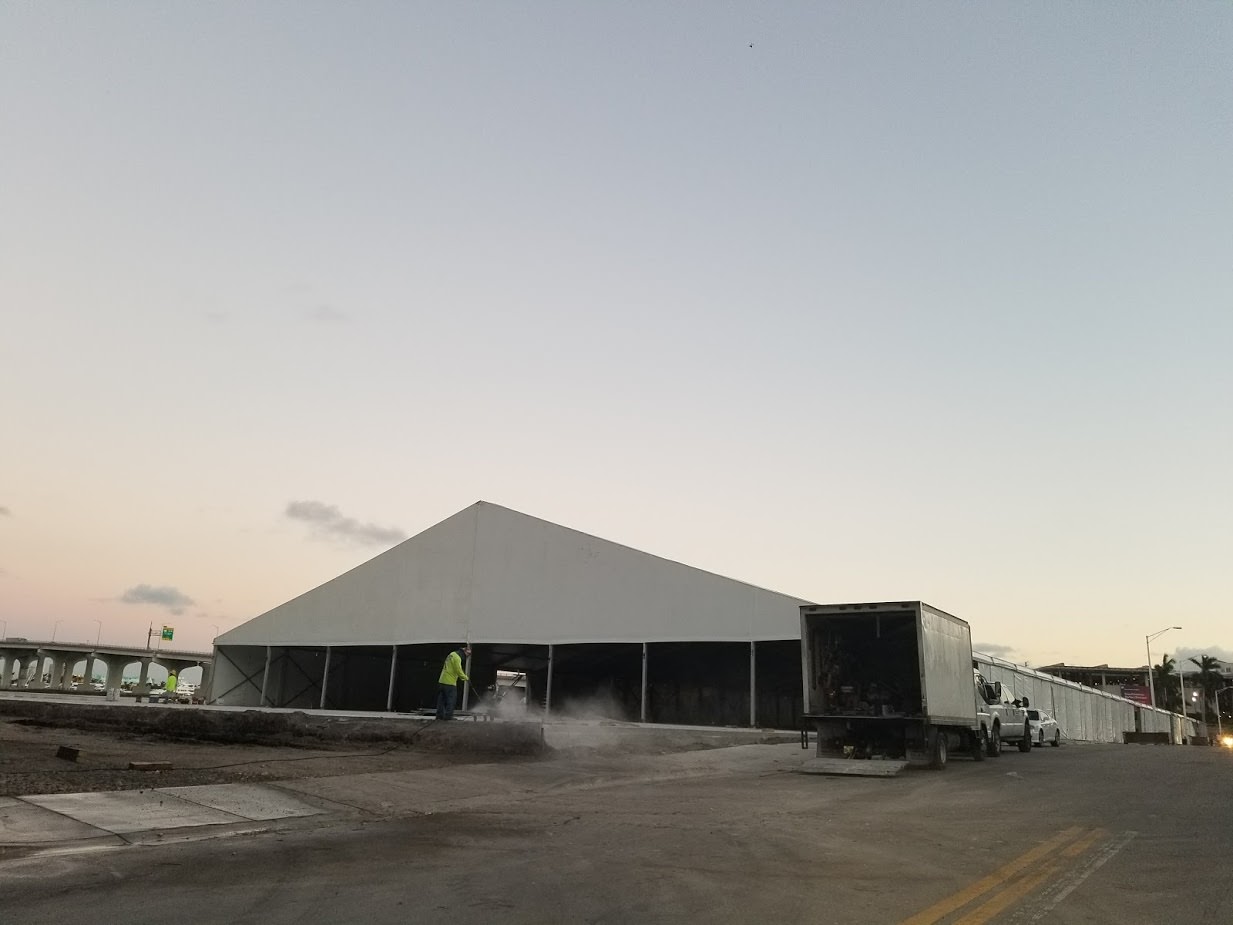 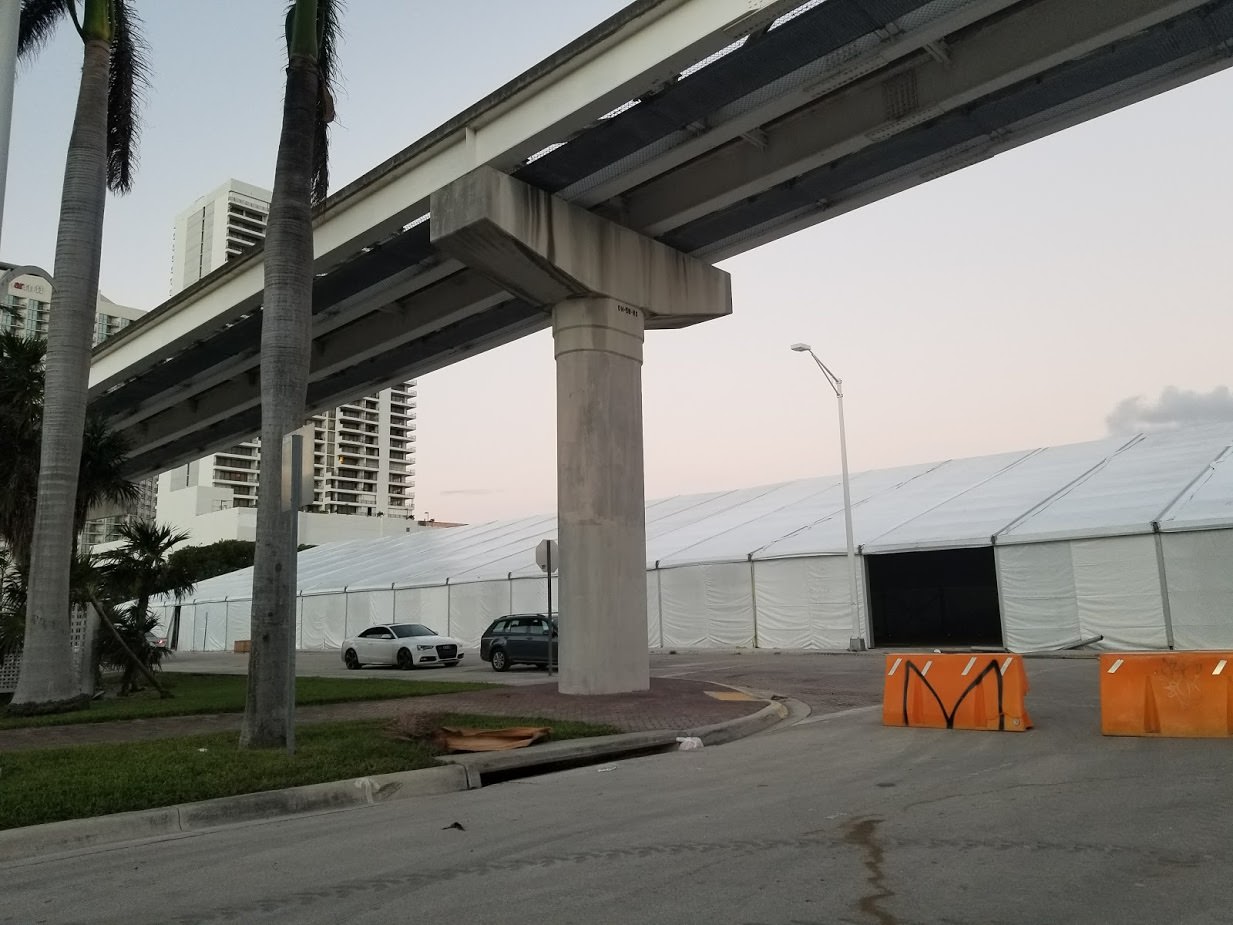 tents are also being built across the street on the former surface parking lot: 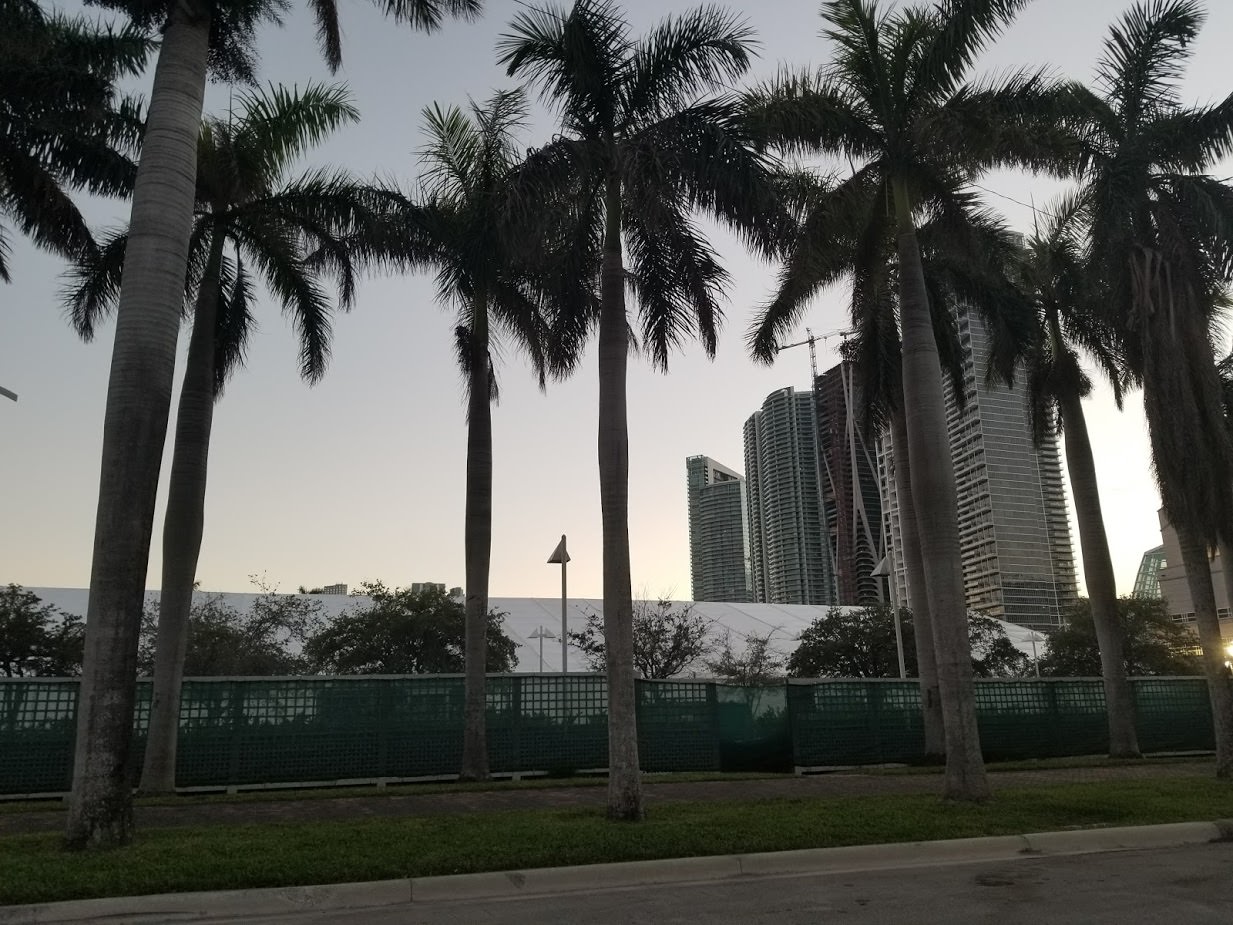 a permit to build was approved, despite the baywalk still being closed: 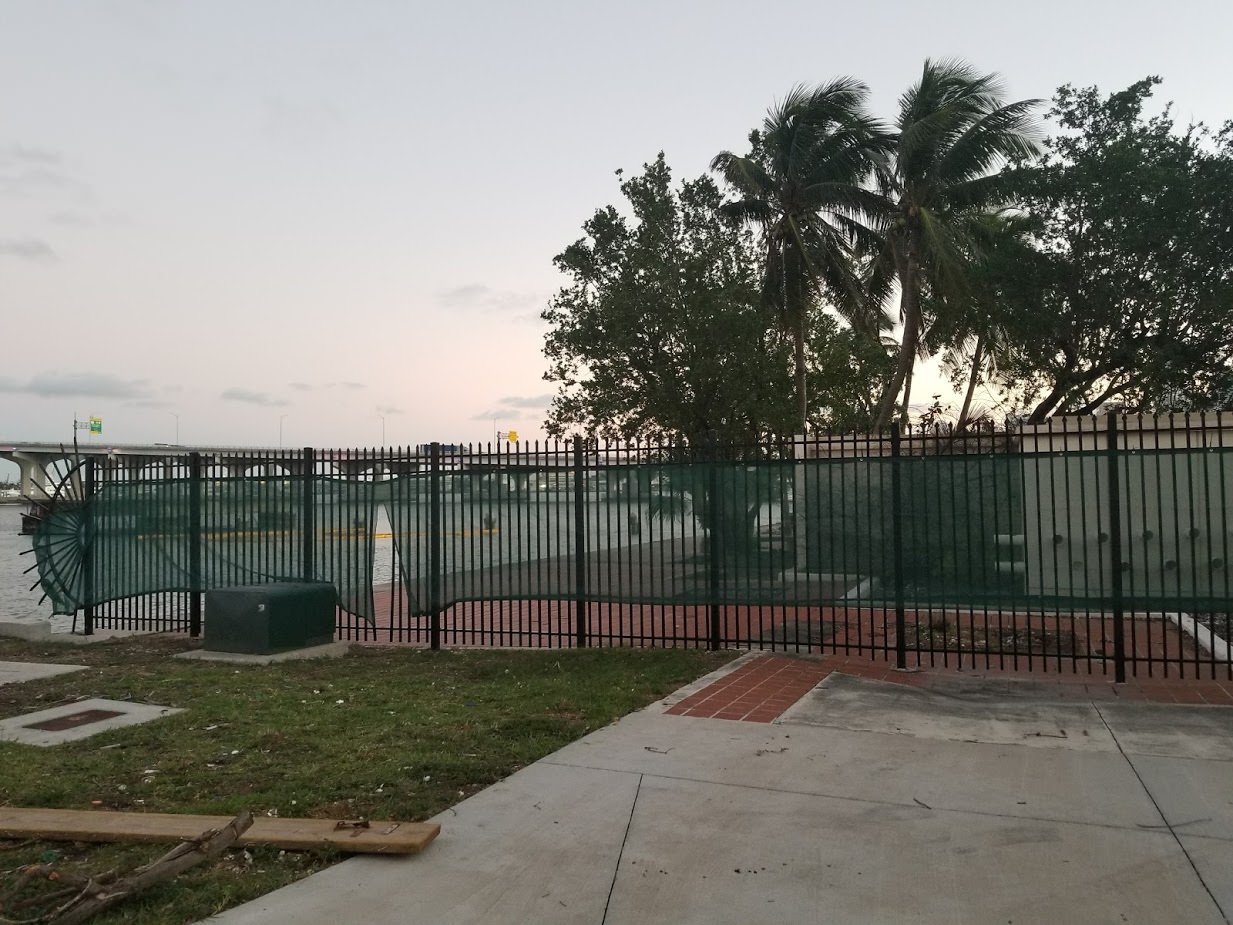