Developer Melo Group opened a twin-tower project called Art Plaza over the summer, and judging by the lights on at night it appears to be mostly full.

In August, the developer said that 450 units had been leased at Art Plaza in just four weeks.

Melo has been transforming an area that was once filled with vacant lots into a densely populated area. Three of the developer’s projects are within a block of the School Board Metromover station, including the 710-unit Square Station (completed last year), 655-unit Art Plaza (completed this summer), and Miami Plaza (on track to top off later this year).

Melo also just broke ground on the Downtown 5th project a few blocks away which will include 1,042 apartments in twin 53-story towers – the biggest project ever for the developer.

These photos were taken around 11 PM on a weeknight: 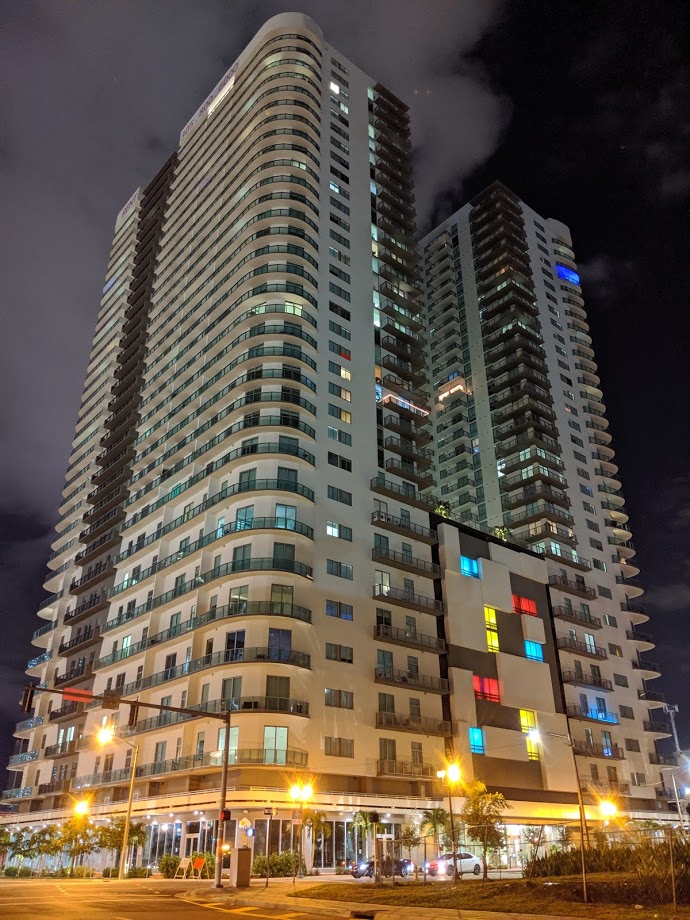 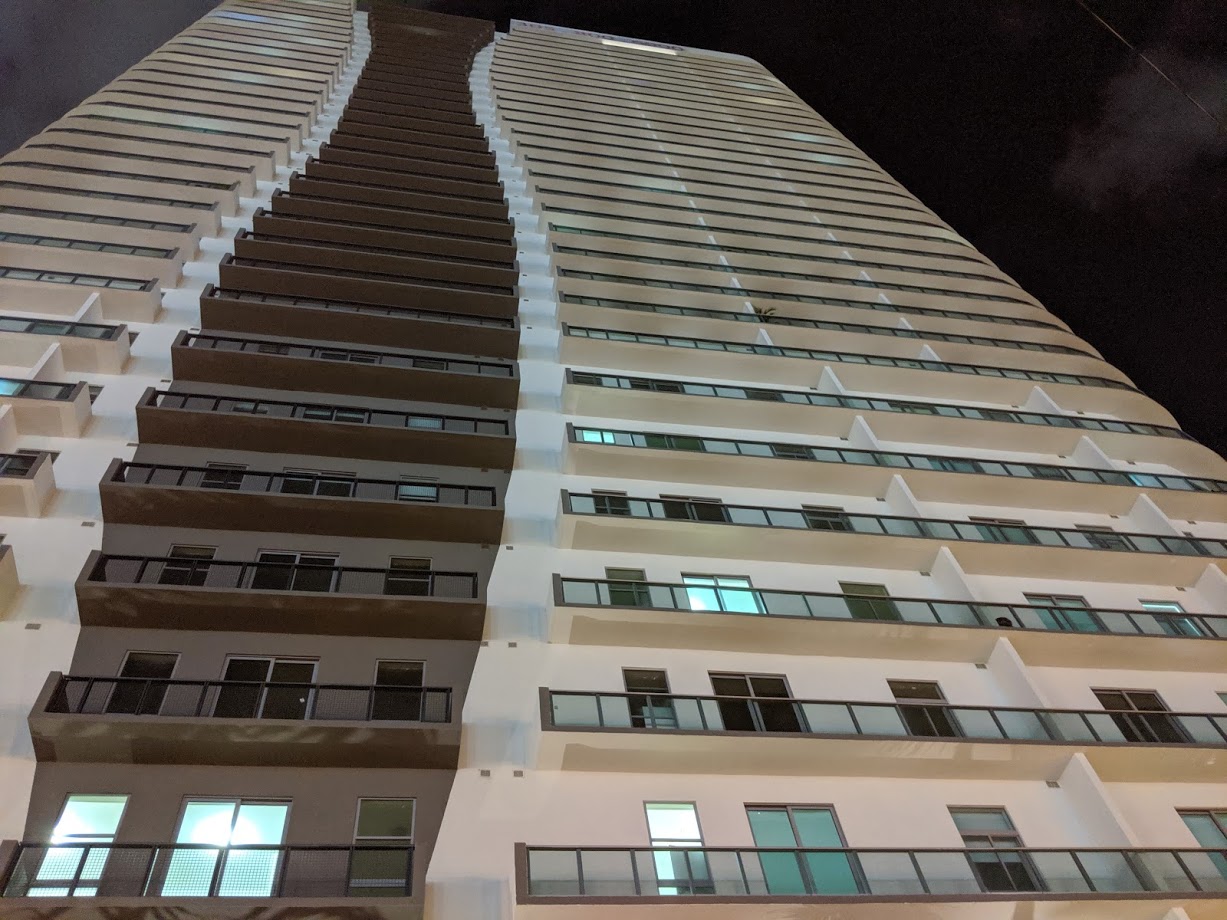