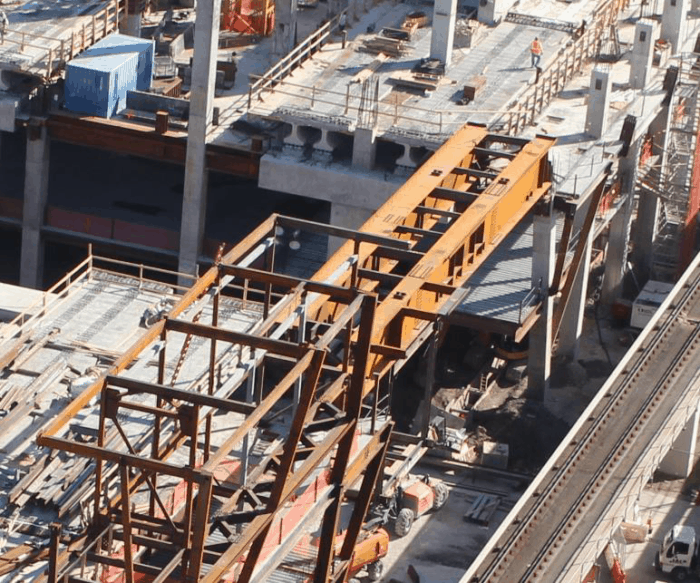 MiamiCentral continues construction, with the first phase to open this sumer.

800 Degrees Pizza recently became the latest tenant to sign on at CentralFare, a 50,000 square-foot food hall on the lower levels of the project. The pizza chain has locations in Los Angeles, Las Vegas, Tokyo and Dubai.

Construction on MiamiCentral, the 11-acre, transit-oriented mixed-use development spanning over six city blocks in the heart of downtown Miami and also the home of Brightline, is moving along. In the last week, the construction team reached yet another milestone when they set two large steel girders high above 6th Street and have set four of the FIBs (Florida I-Beams) that also span 6th Street.

“Spanning 6th Street is an important milestone for us because it links the track and building elements together that are necessary to support the start of rail operations,” said Eric Claussen, Brightline’s senior vice president of construction.

The 6th Street bridge should be complete by the end of March.

Also at MiamiCentral, the steel canopy above the train platform is being constructed.

And four escalators have arrived on-site and have been installed.

In addition, the last East V column has been installed. There are a total of 29 major V columns that are being installed, each of these are 70 feet tall. The steel for each one weighs 8,000 pounds. Once all the steel V Columns are constructed, they will be encased in concrete panels. Gate Precast of Kissimmee, Florida, has formed approximately 600 V-shaped precast concrete panels for the V Columns.

MiamiCentral encompasses nearly three million square feet and includes two sites: a nine-acre development in downtown Miami just east of the Miami-Dade County Hall, and a two-acre site in Historic Overtown. MiamiCentral includes mixed-use development with retail, offices, residences and the Brightline train service, while serving as a connector between Brightline’s passengers and Miami’s existing public transport systems such as Metrorail and Metromover. 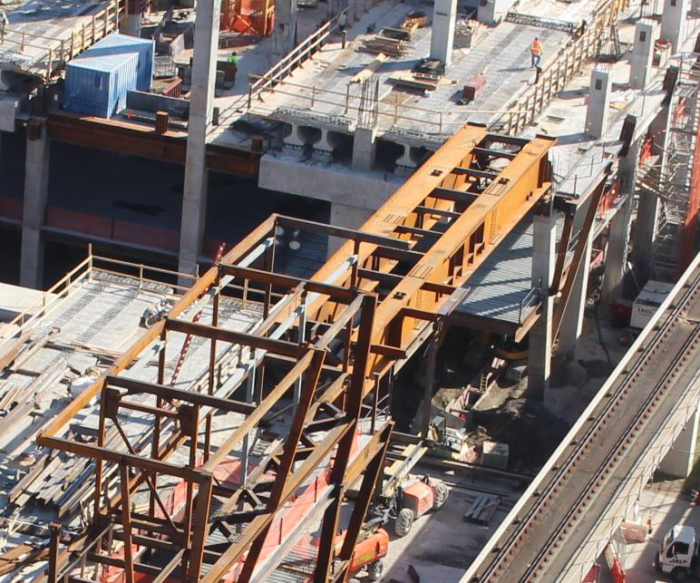 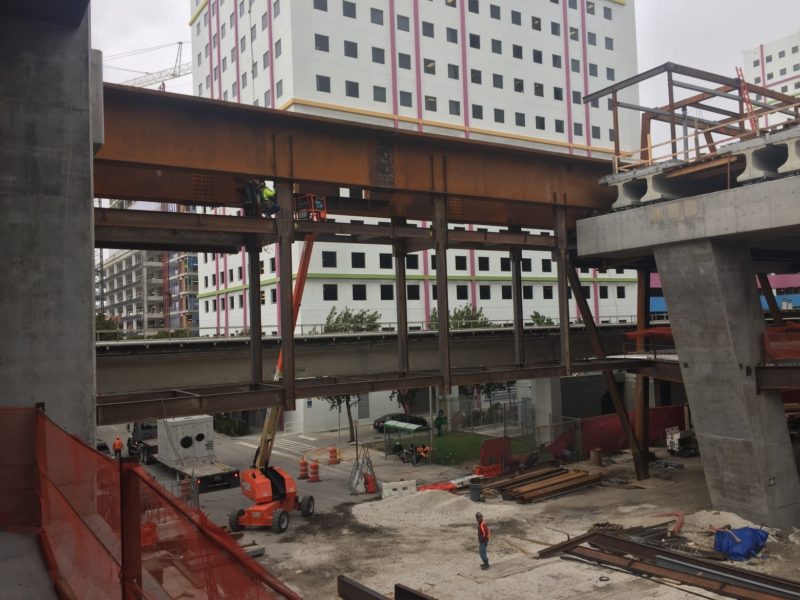 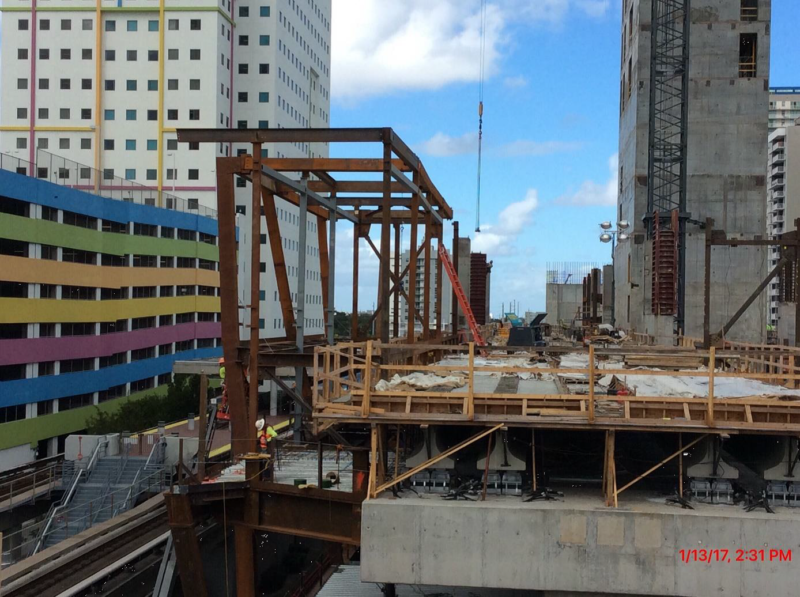 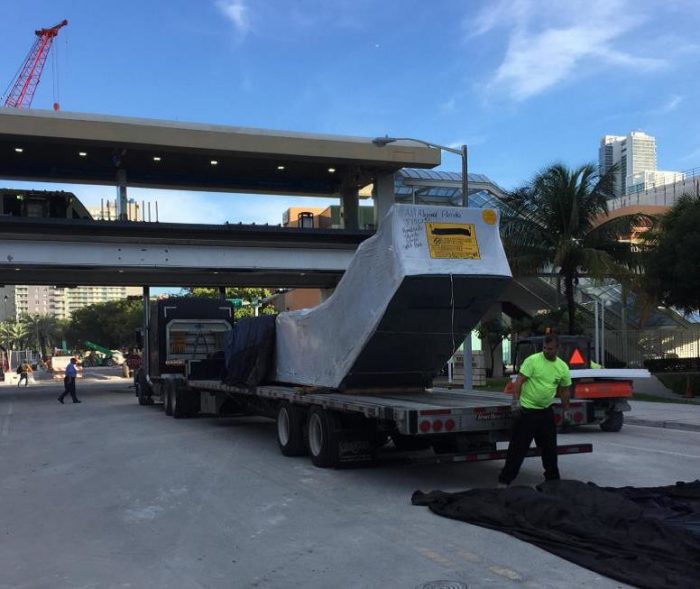 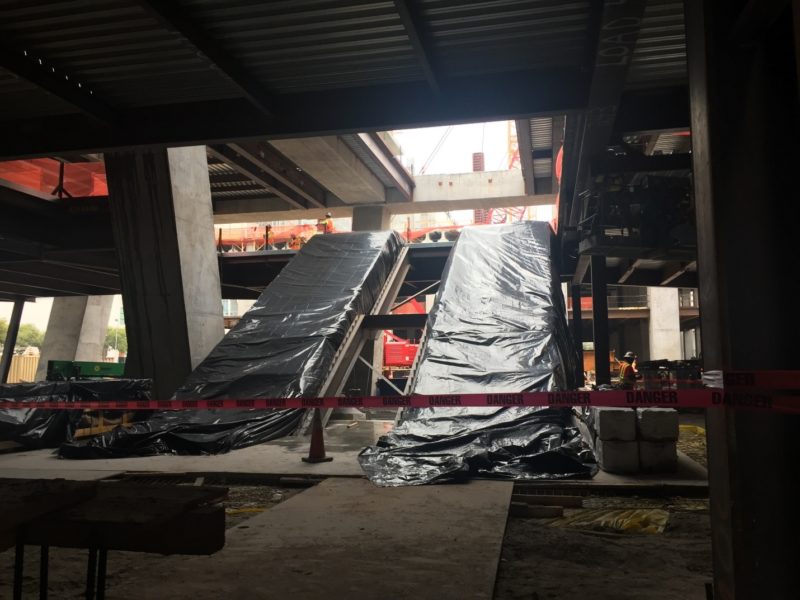 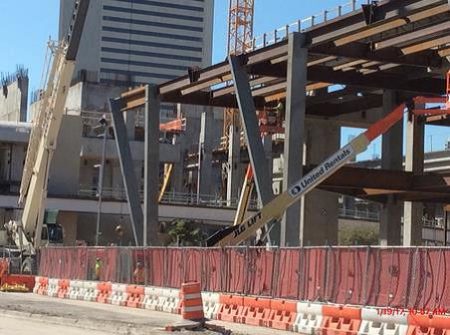