Photos Of Construction Progress At The Estates At Acqualina In Sunny Isles, Where The First Tower Will Open In 2021

The Developer of The Estates at Acqualina are making good construction progress, newly taken photographs show.

The twin-tower project is valued at $1.8 billion, and includes the tallest building in Sunny Isles.

Images taken over the weekend by Golden Dusk Photography and released by the developer shows that one building has topped off while the second is on track to top off soon.

The South Tower topped off in early July. It will include 154 residences.

The boutique North Tower is rising fast and will soon top off. It will include 94 residences.

Residences in both towers are being delivered to buyers furniture-ready.

Each tower is 50 stories. The North Tower will reach 667 feet above ground – taller than any tower built in Sunny Isles. The South Tower topped off at 646 feet, which matches the tallest height in the city.

Also being built: a 45,000-square-foot amenity complex for residents of the two towers, known as Villa Acqualina. It will including bowling lanes, an ice skating rink, a spa and gym, a boxing ring, a bar, cigar lounge and more.

The South Tower is scheduled to open in August 2021, followed by the Boutique North Tower in 2022. Construction began in May 2018.

Cohen, Friedman, Encinosa and Associates is the architect. A lobby design was created by Karl Lagerfeld.

The Trump Group is the developer. 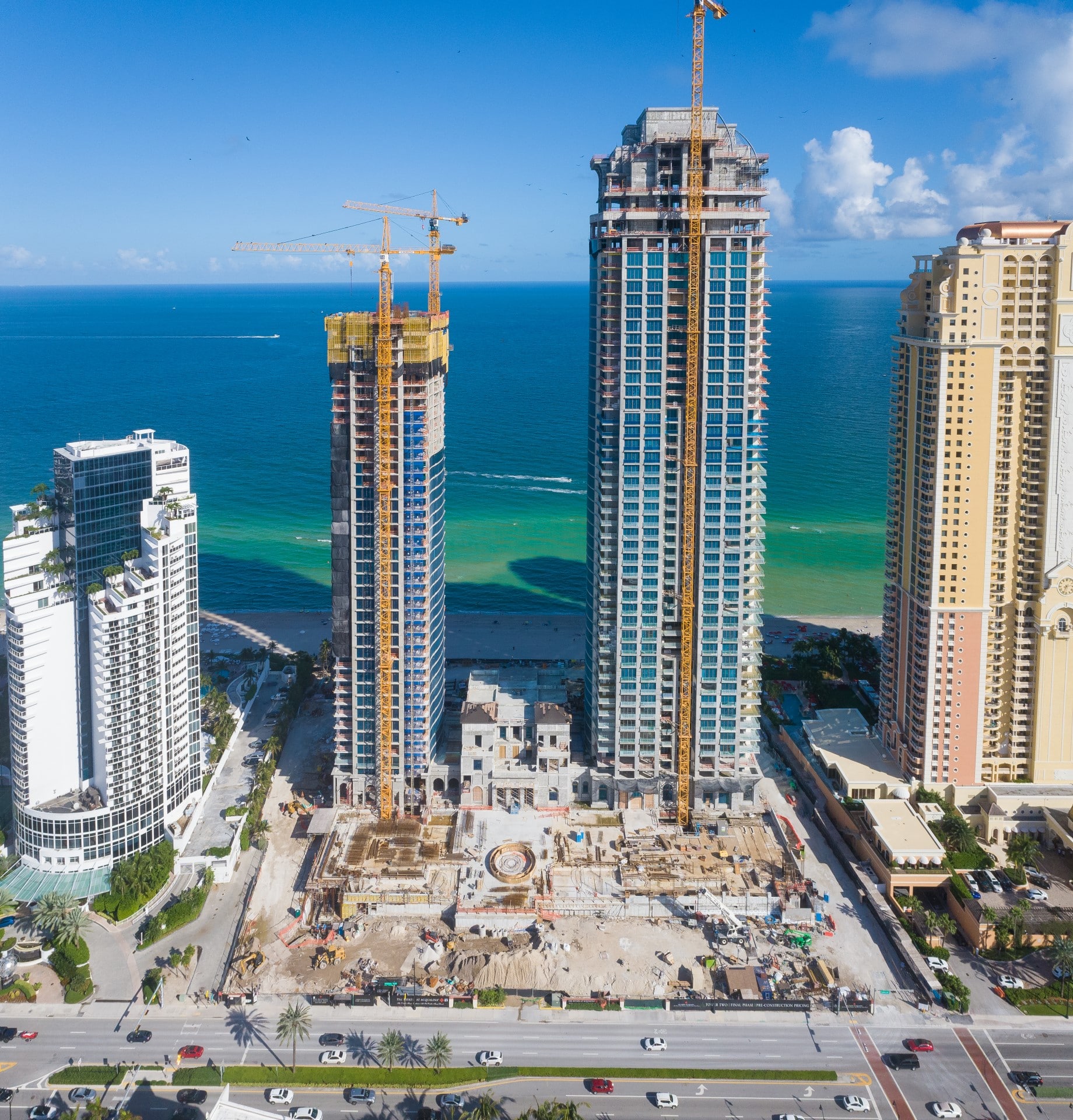 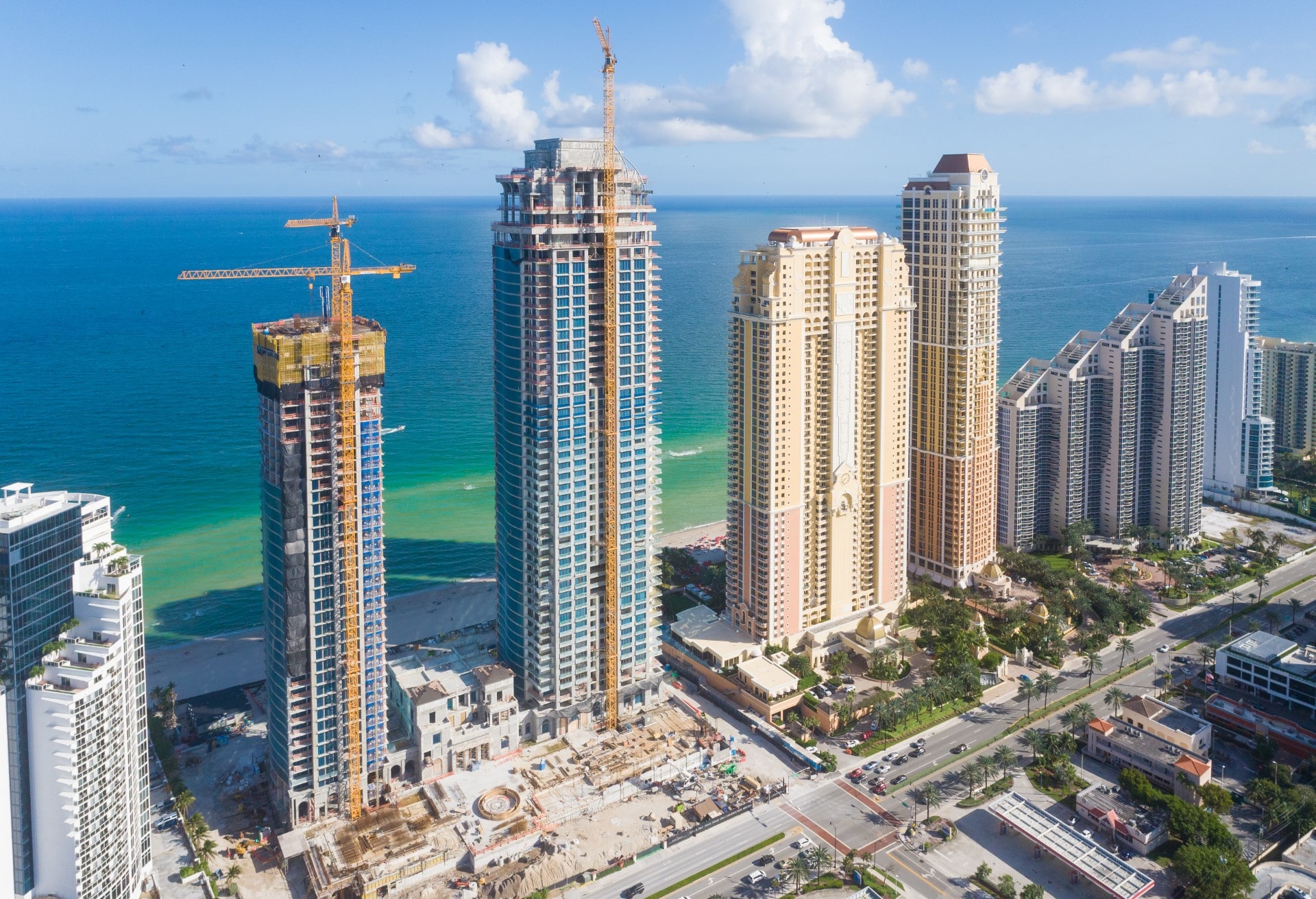 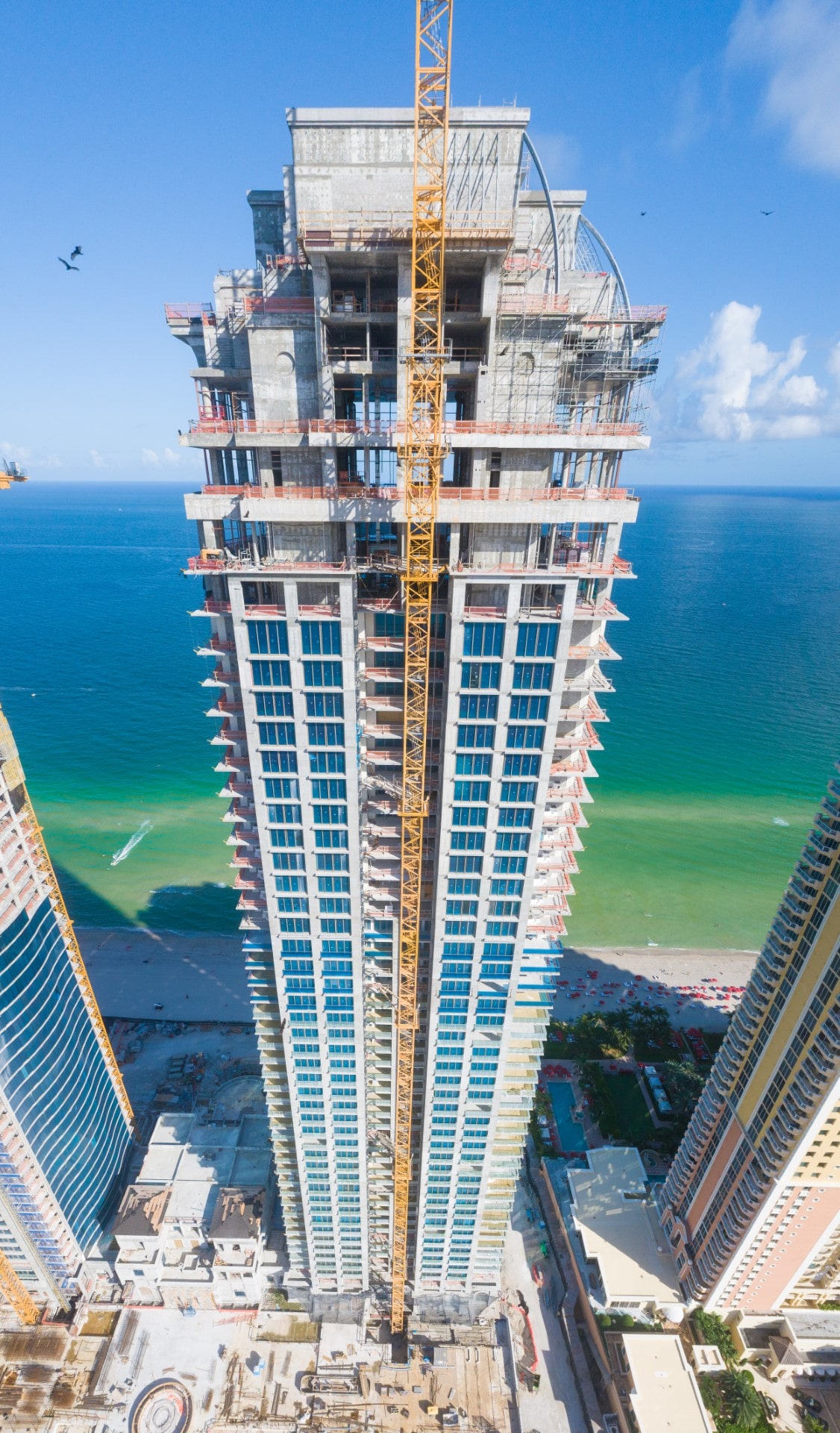 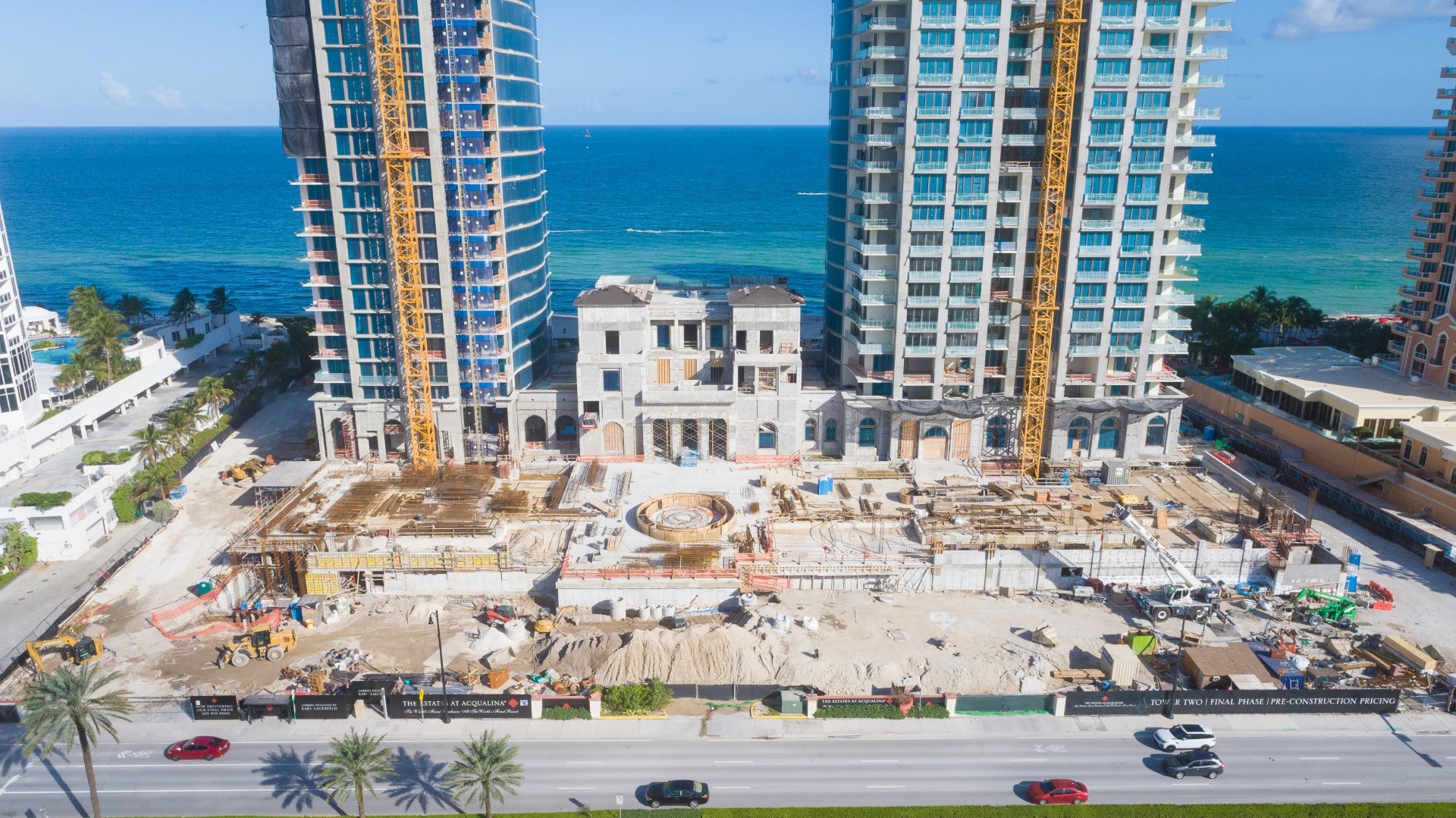 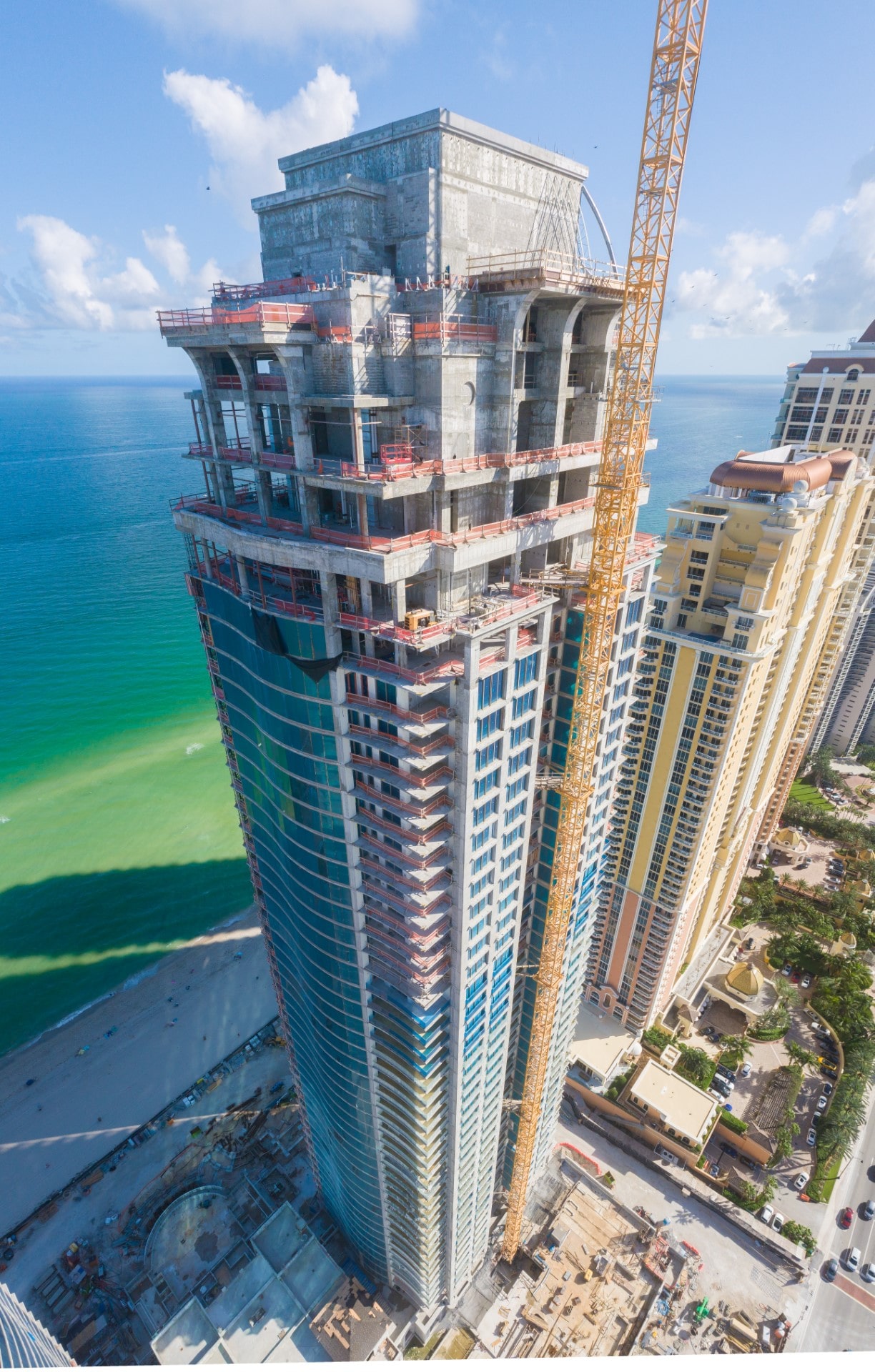