Melo Group is nearing completion of their biggest project ever and has announced plans for their next tower.

Downtown 5th, which is nearing completion, will include 1,042 apartments in twin 53-story towers.

Pre-leasing is now underway for the project, according to Law.com.

The developer has also announced that they are now planning another tower on the same block, to be called Downtown 6th.

Details on Downtown 6th, including size and a construction timeline, were not revealed.

Melo also broke ground this month on a 60-story tower called Downtown 1st. That project will be completed in 2022, they say.

Downtown 5th topped off in just 47 weeks – record speed for a project of that size in Miami, its contractor said.

The ground level of Downtown 5th: 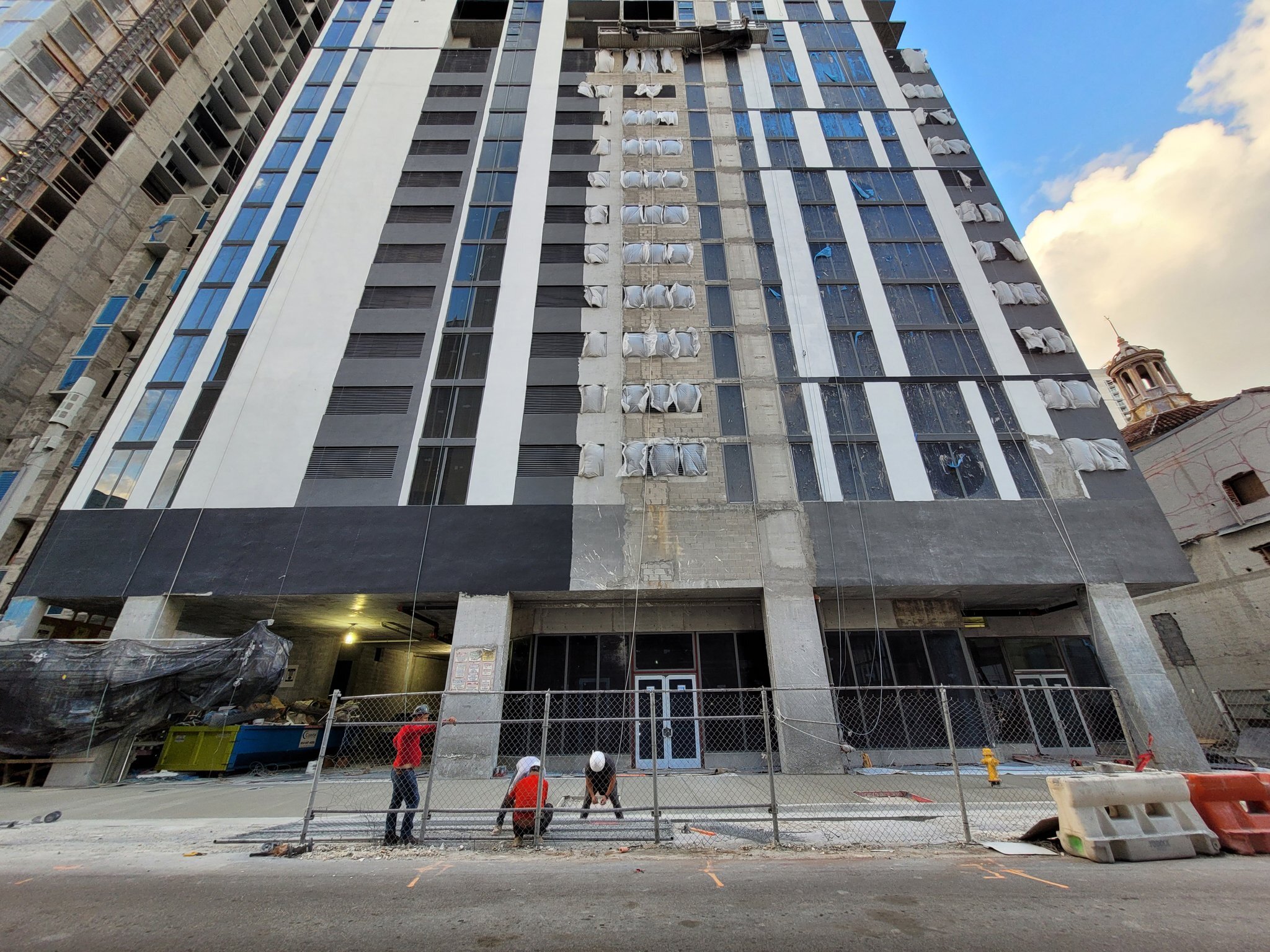