Flatiron became the fourth tallest tower ever built in Miami at 736 feet above ground.

In total, 527 condo units were built, and 95 percent have already been sold. At ground level, a London-based Japanese restaurant (rumored to be Sexy Fish) will soon open.

The project is built in one of the busiest areas for pedestrians in Miami. Here’s a look at the pedestrian experience on all sides of the new tower (photos were taken last month before a TCO was issued and just hours after construction barriers were removed): 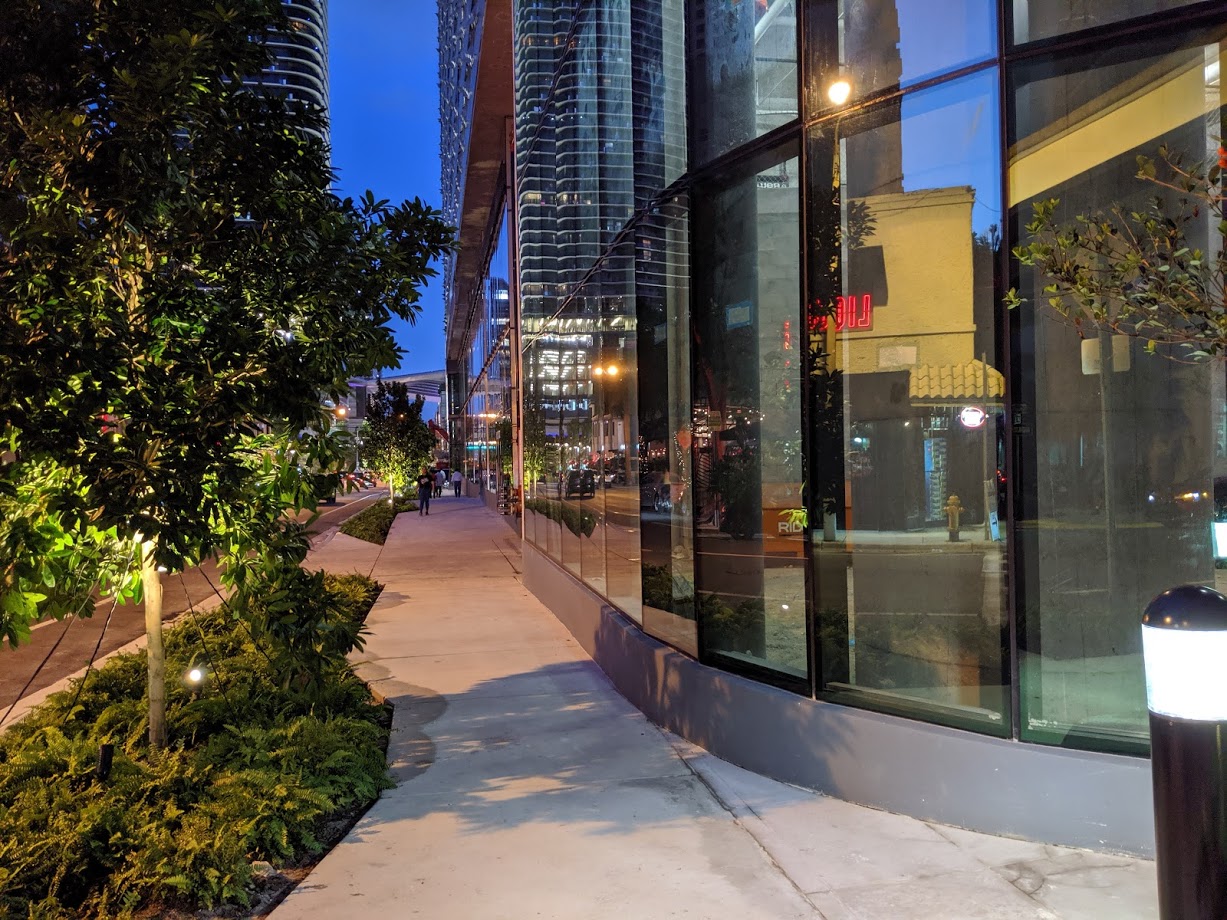 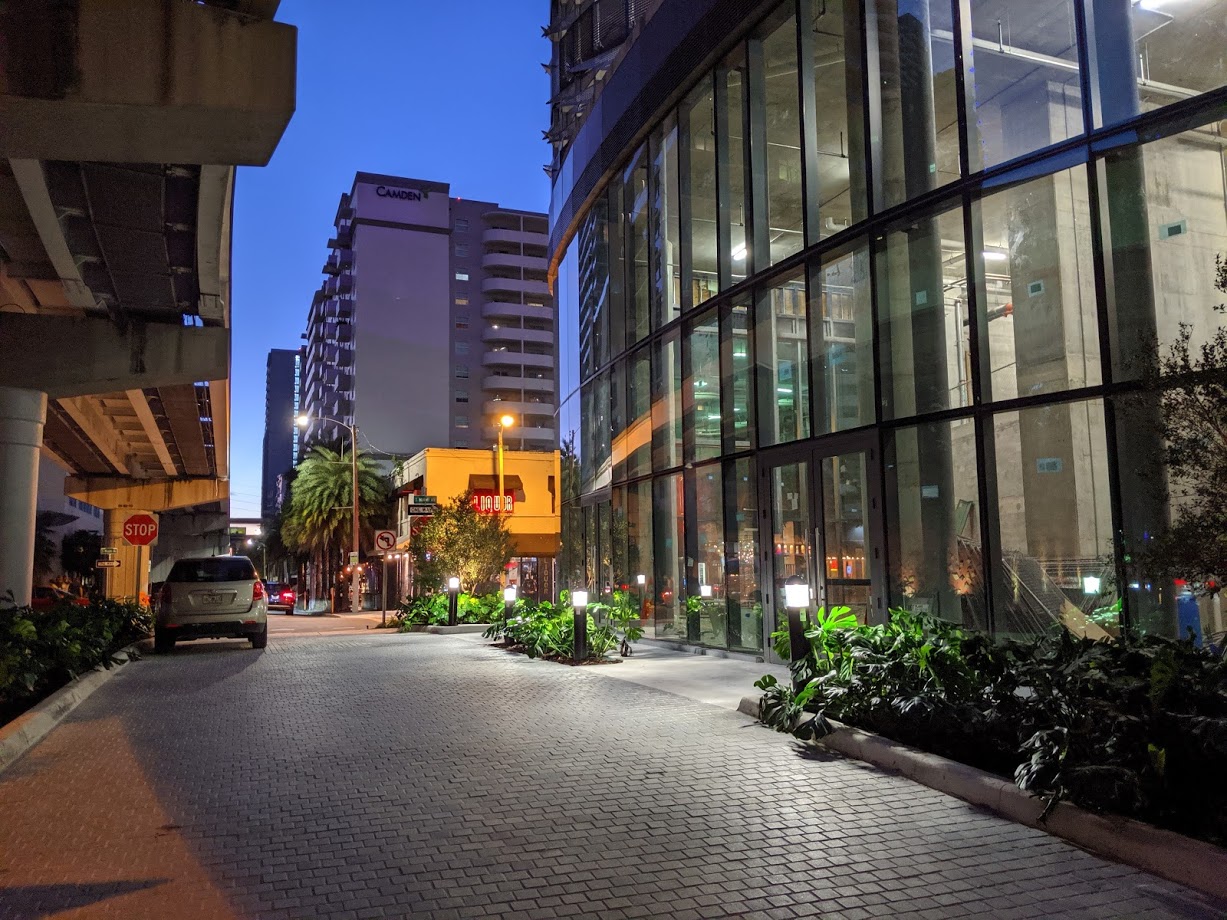 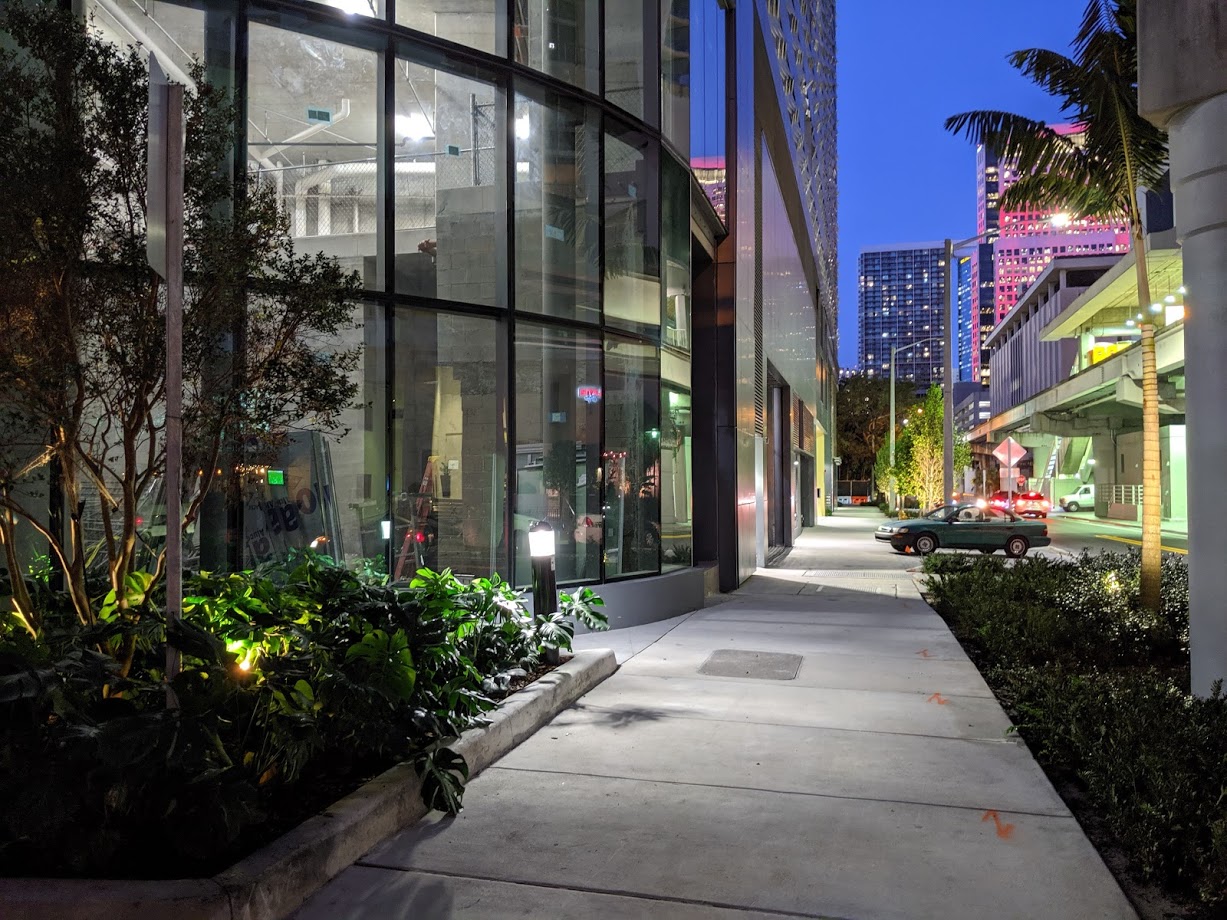 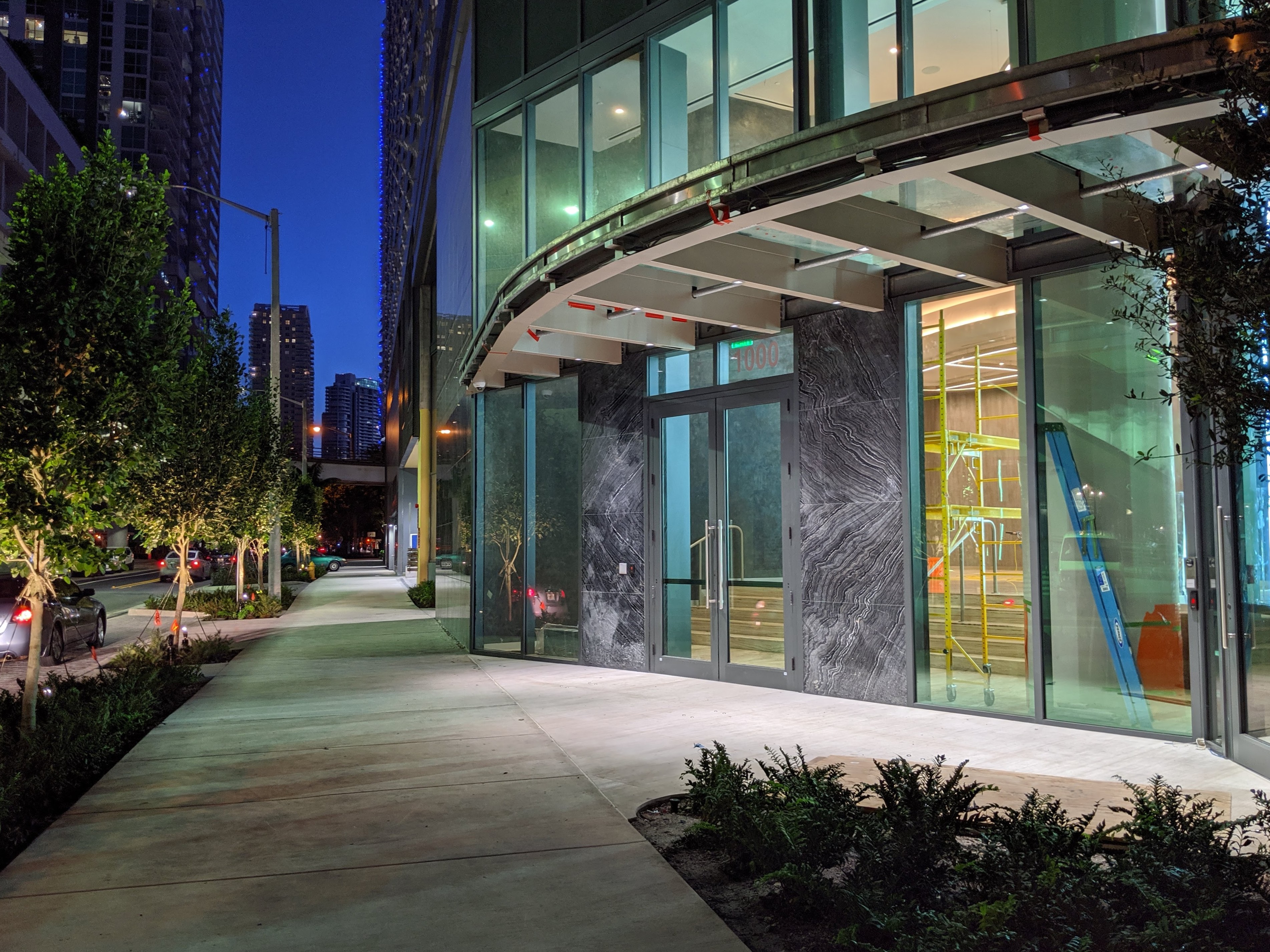 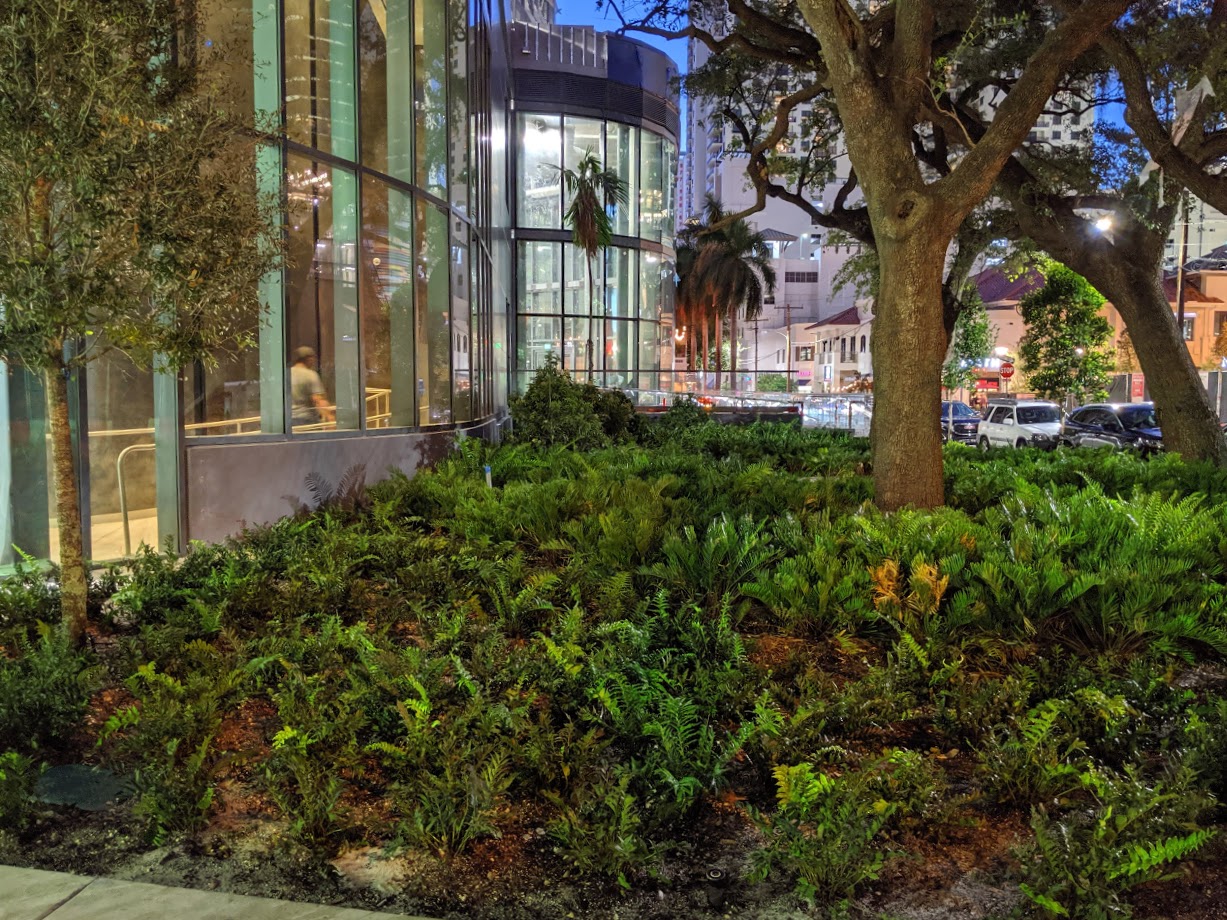 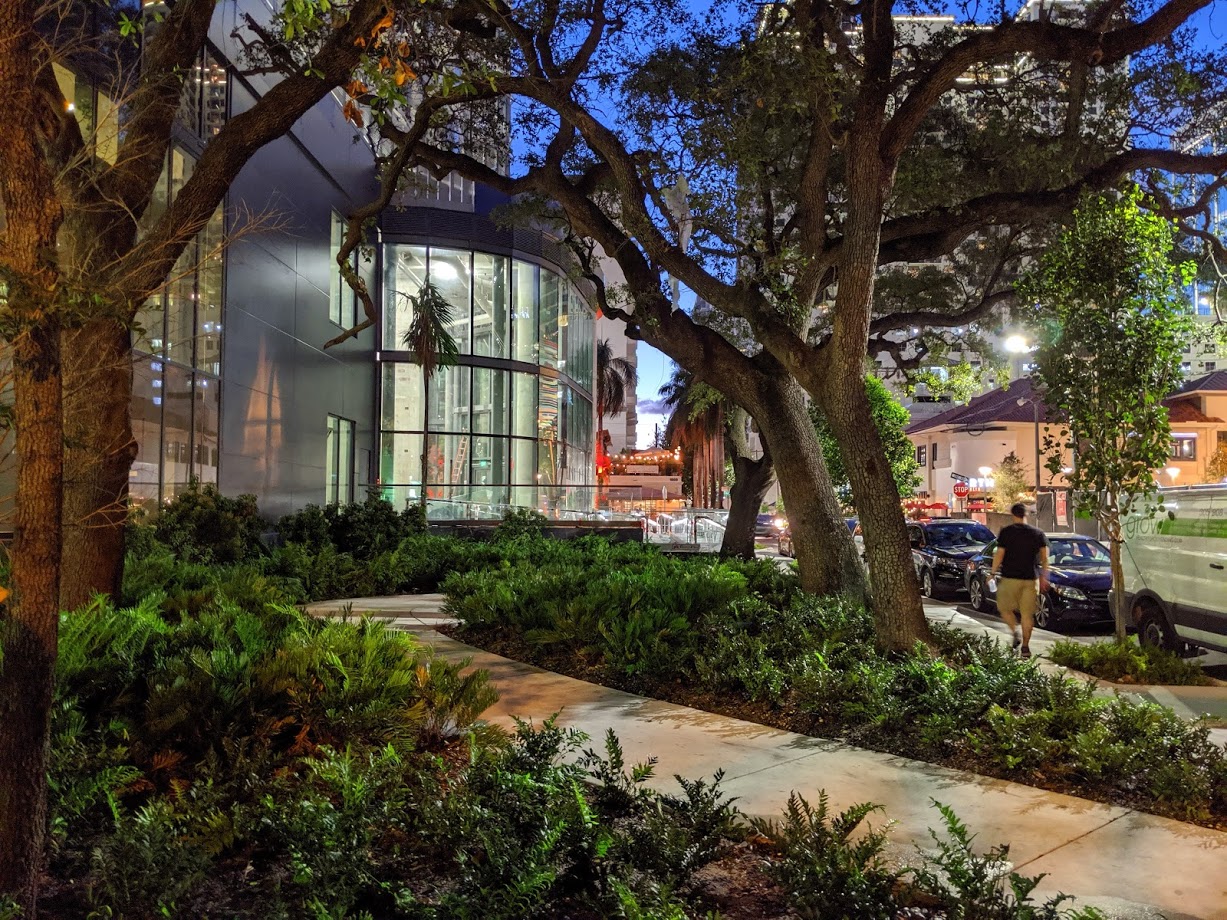 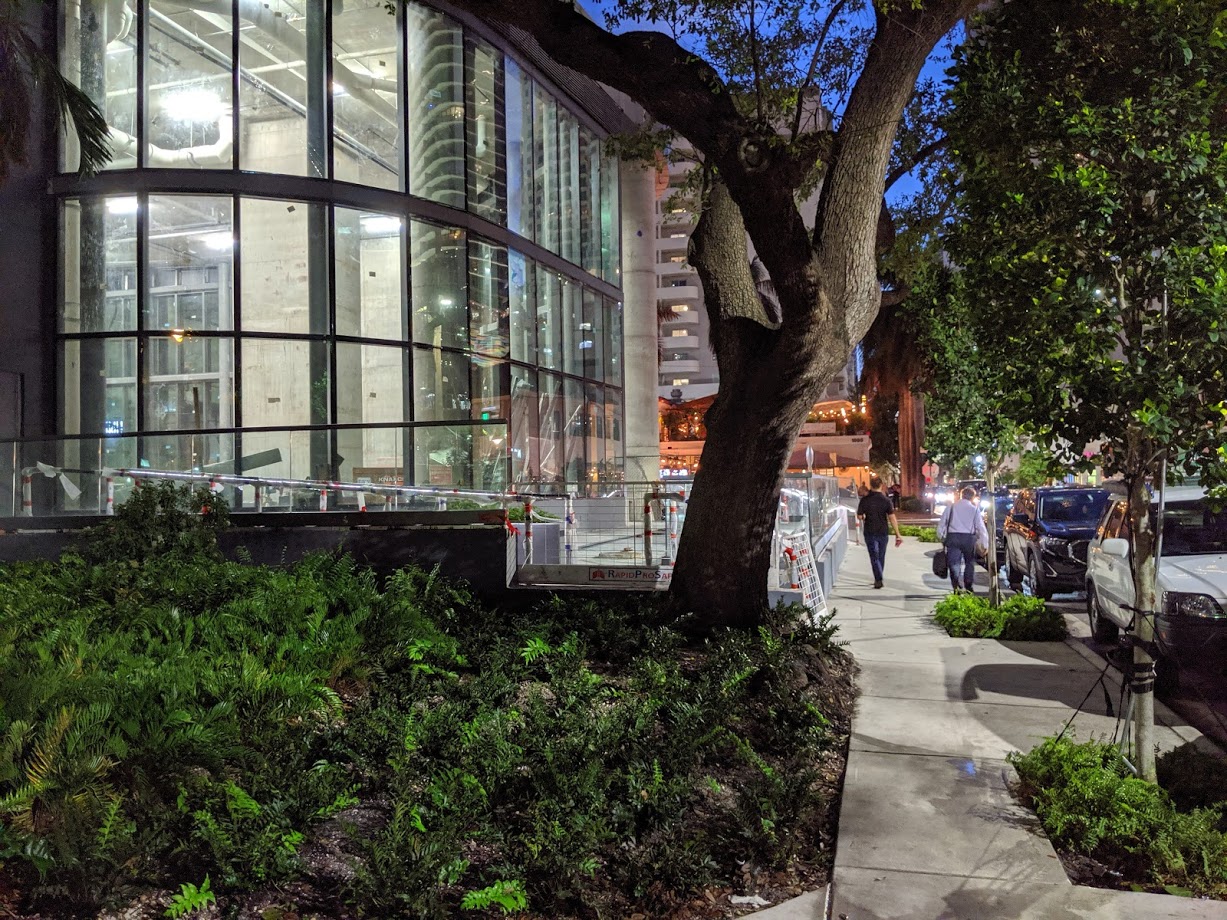 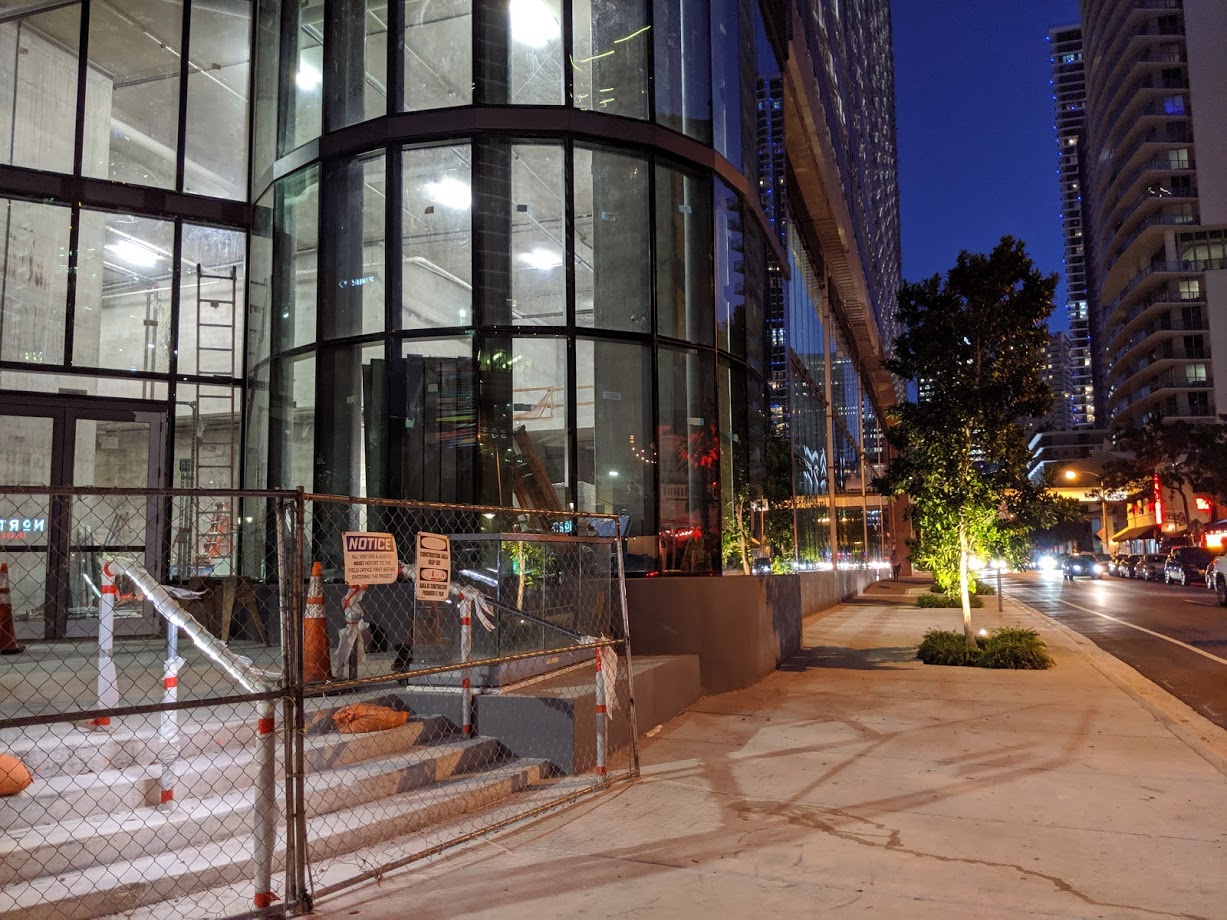 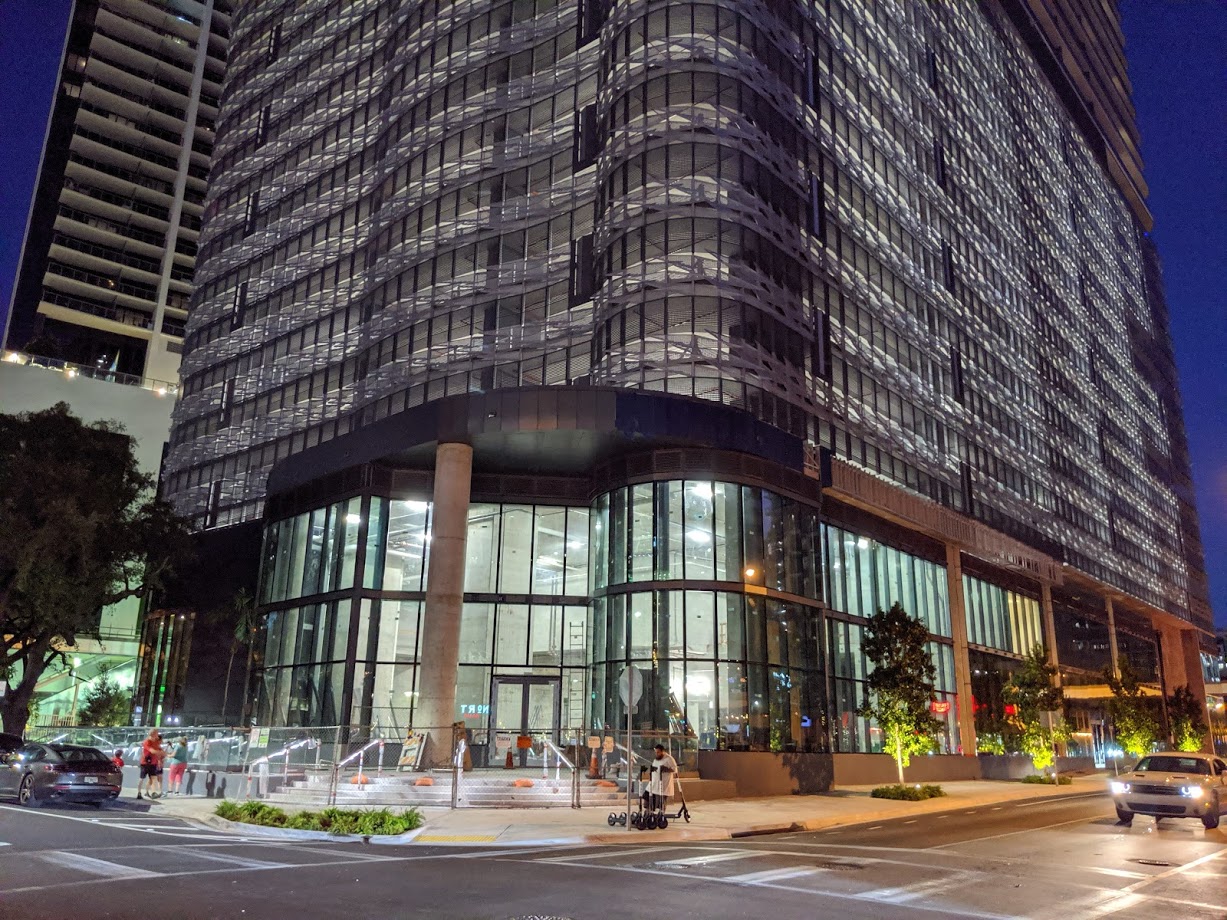