Photos: Pools Float 30-Stories In The Air At New 54-Story ‘Home To The 1 Percent’

The developer of the recently completed Turnberry Ocean Club Residences has released photos showing what they say is a design and engineering feat.

The 54-story tower, designed by architects Carlos Zapata and Robert Swedroe, features two infinity cantilevered pools that seem to float in the air parallel to the tower from the 30th floor.

They are a part of the Sky Club Bar at the tower which soars more than 300 feet in the air.

The pools themselves required massive concrete pillars to achieve the floating effect, the developer said.

In total, there are six floors of amenity space, including three floors from level 30-32 where the sky pools are located.

According to a press release from the developer, the tower is “home to the 1 percent.”

County records show that at least 113 of the 154 condos built have been sold as of this week. 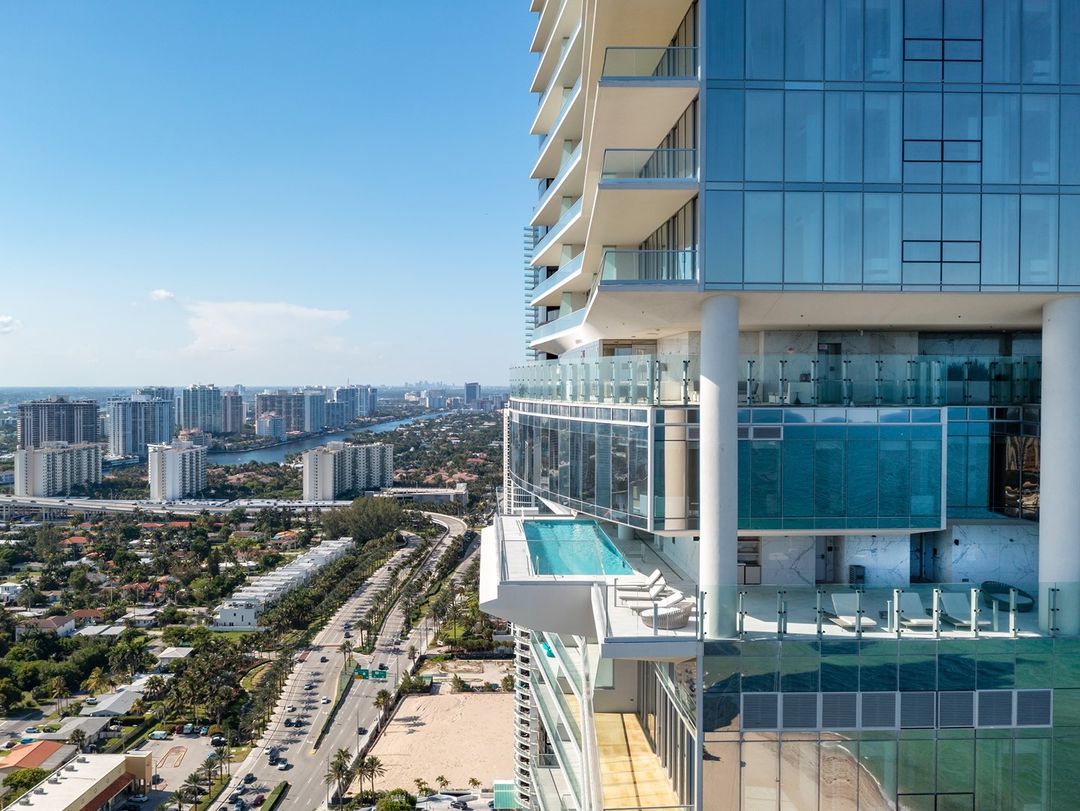 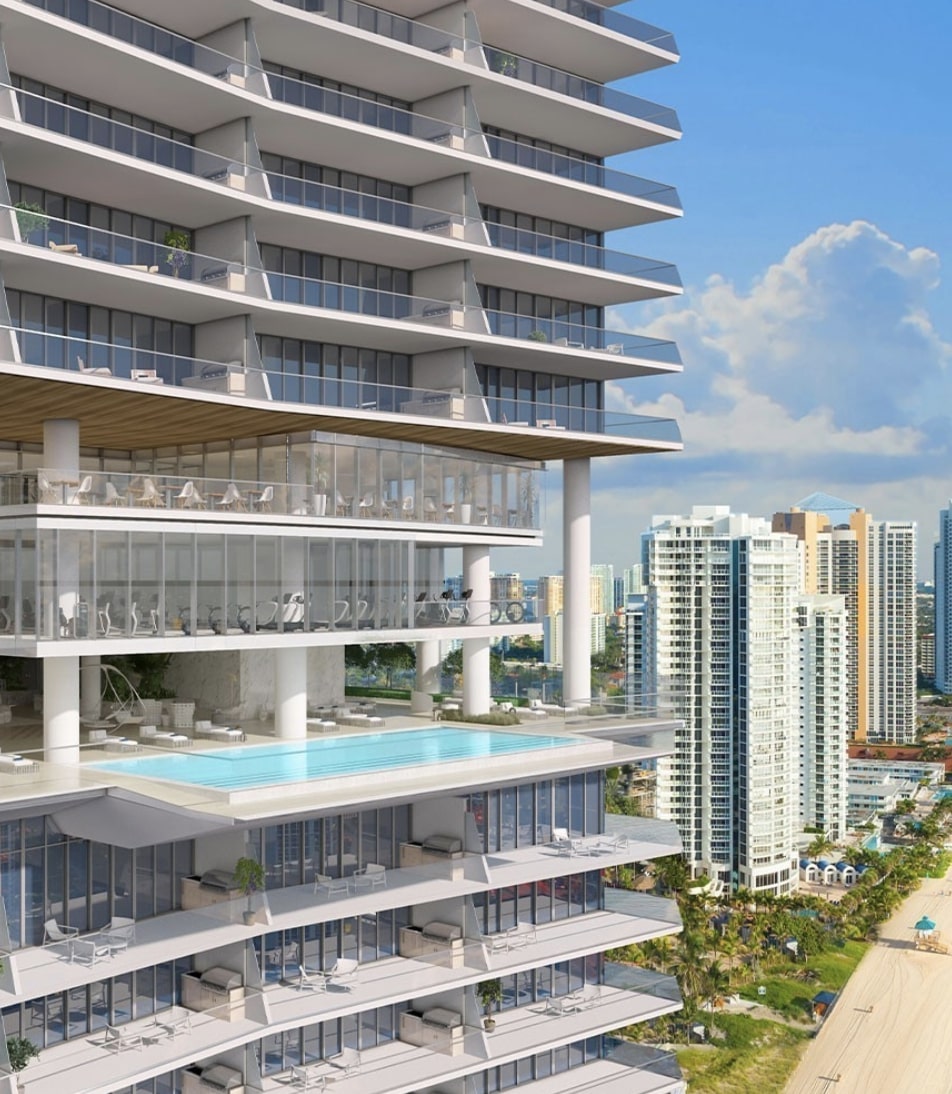 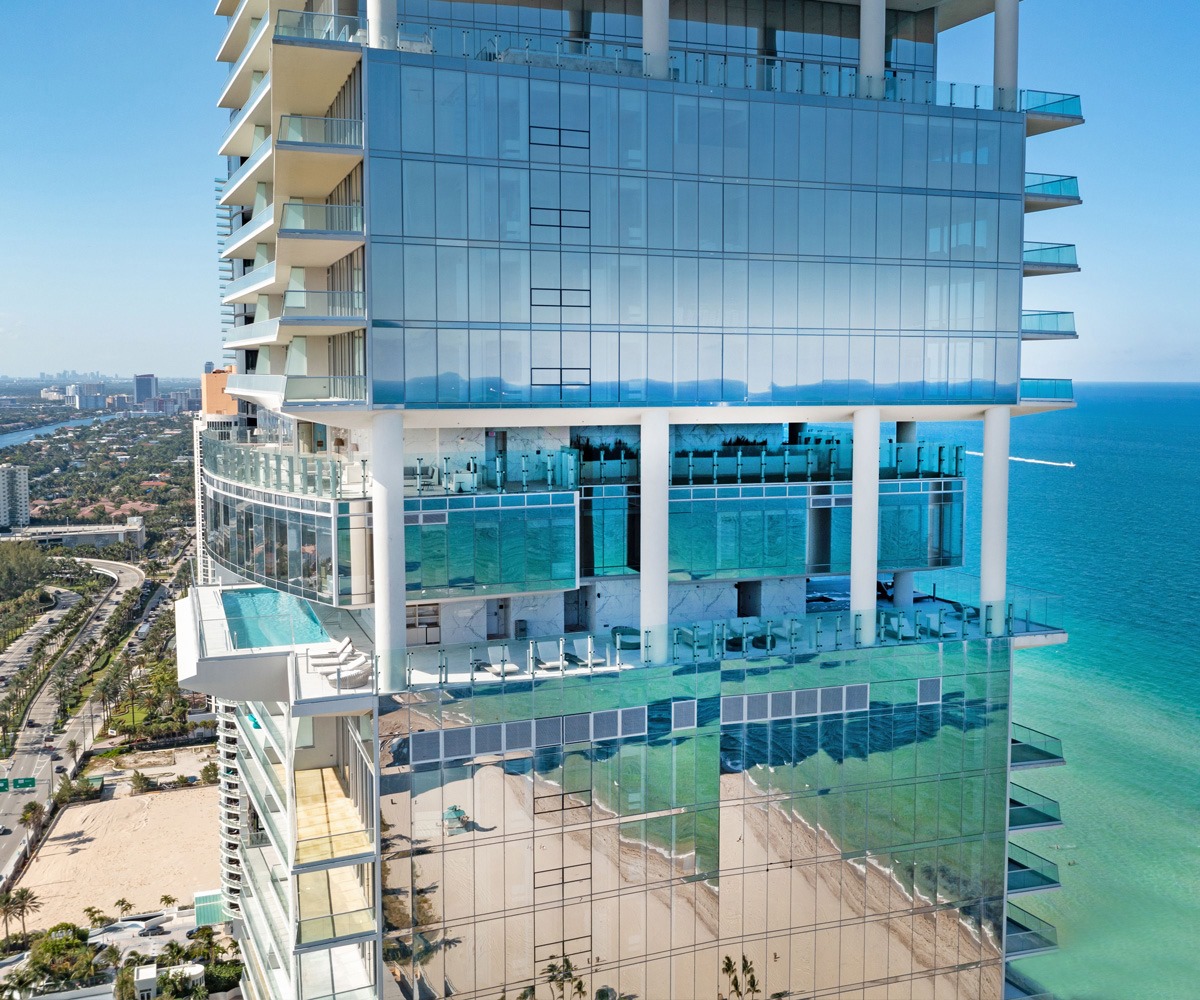 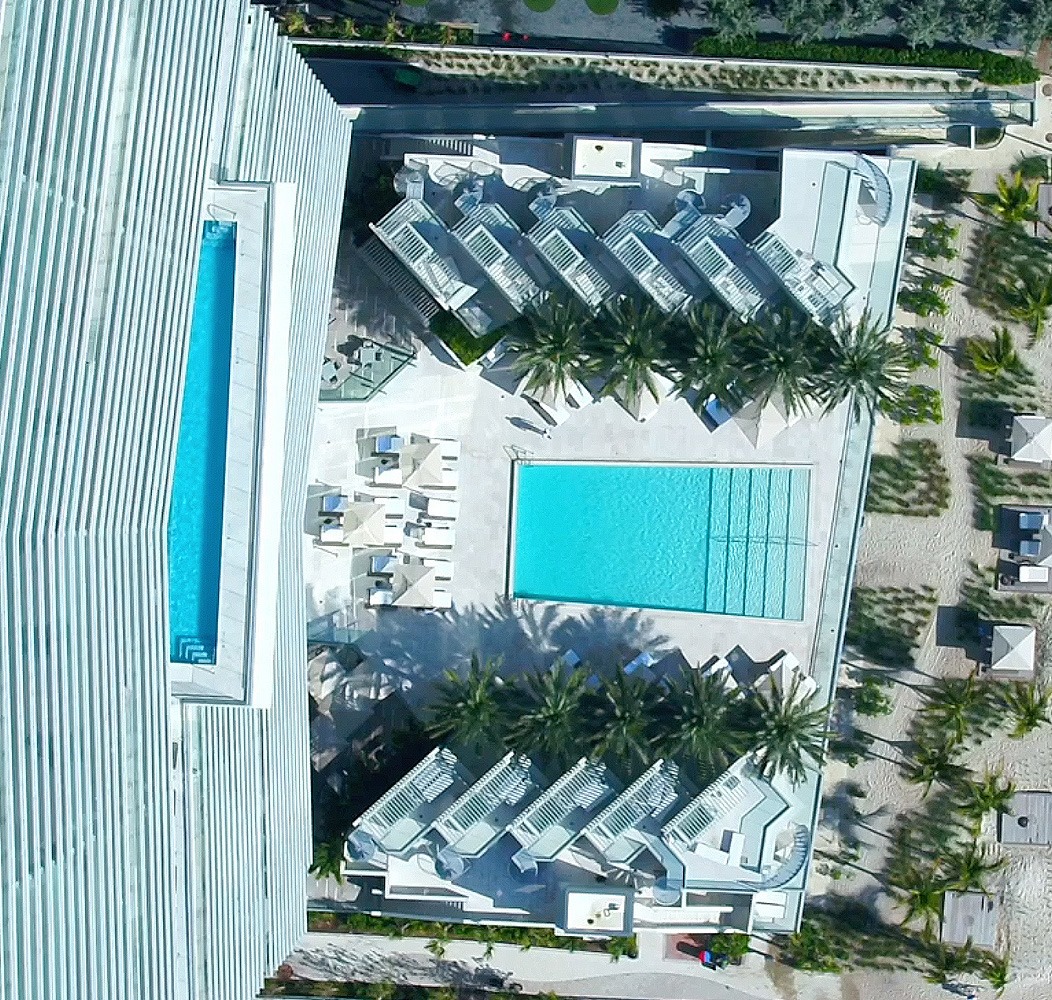 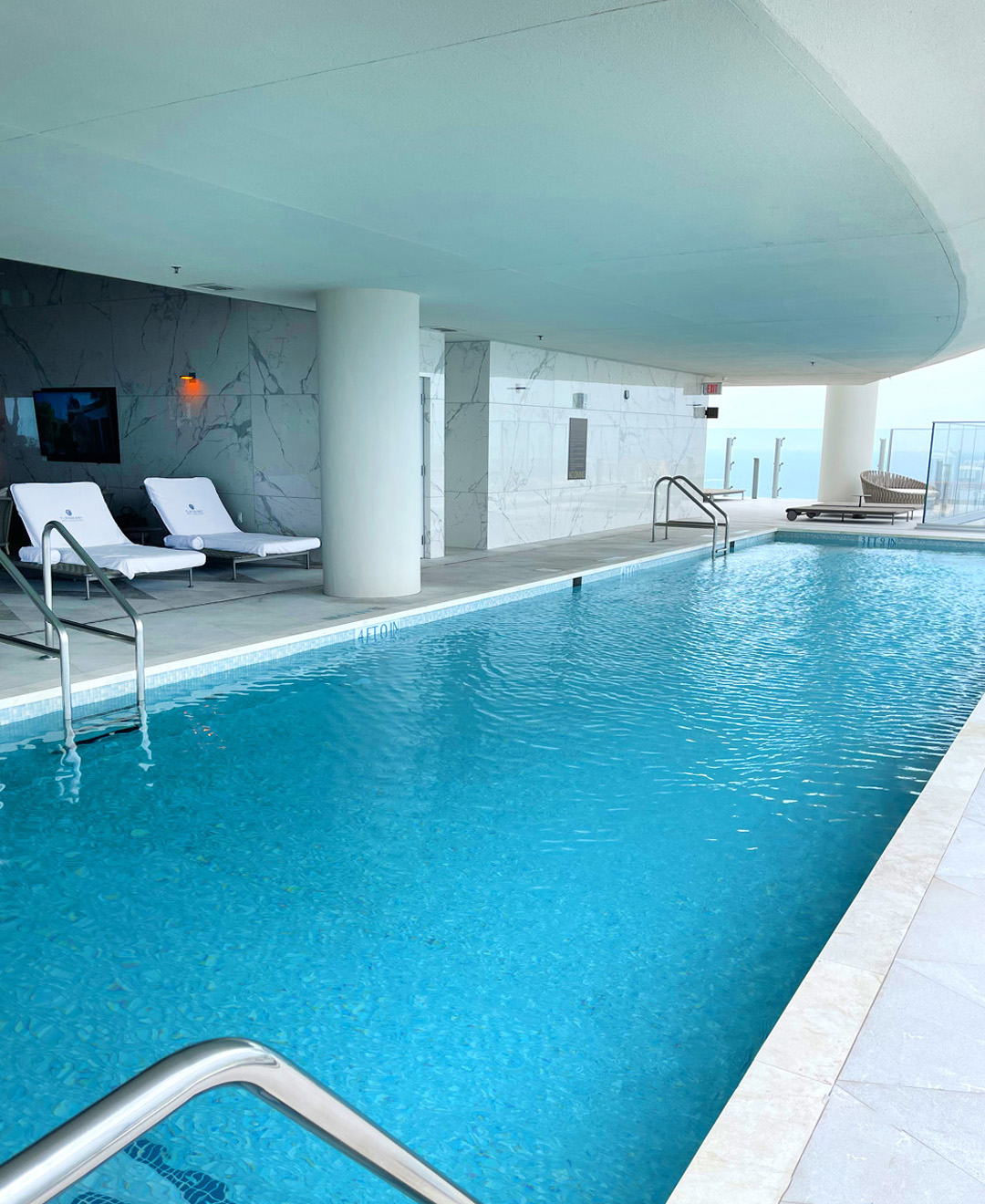 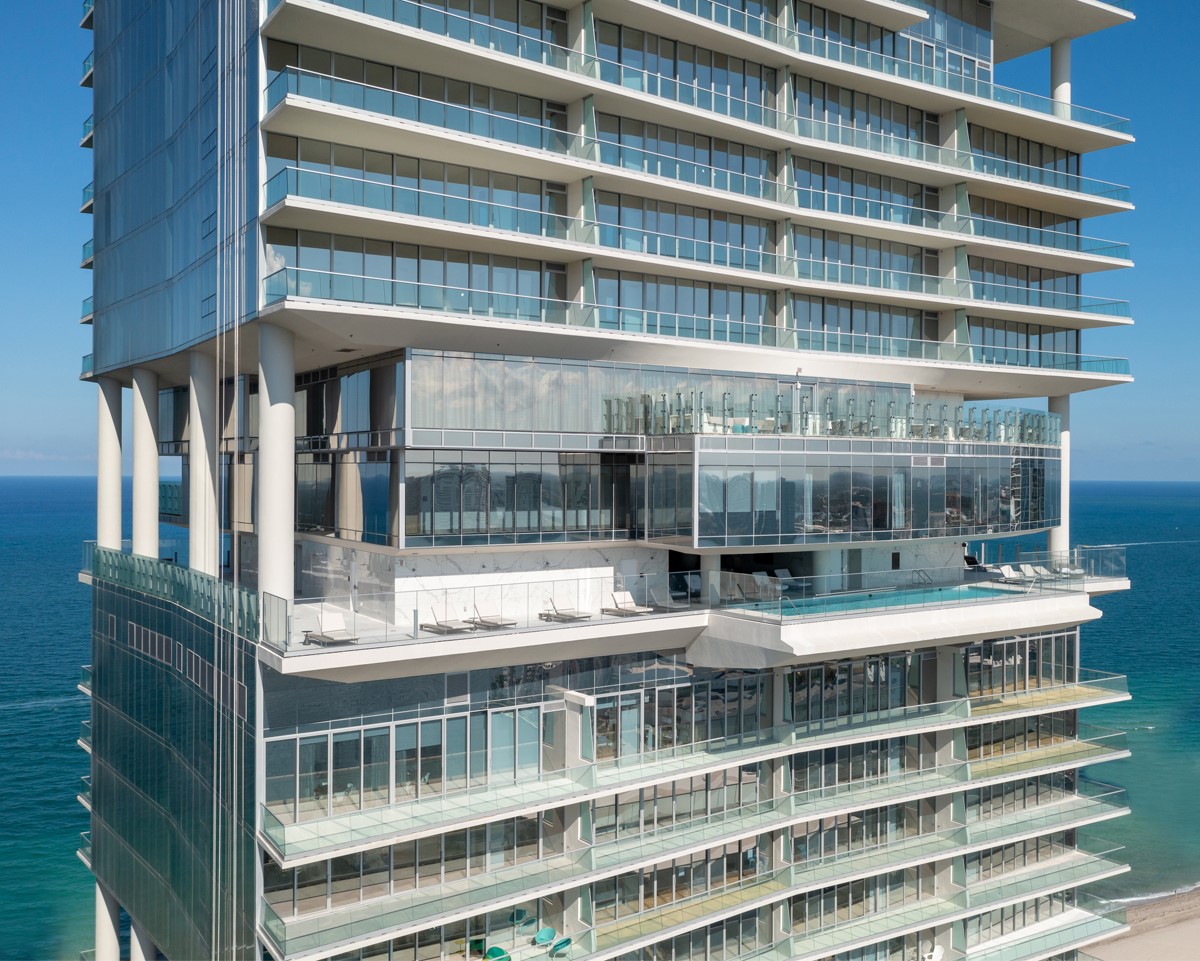 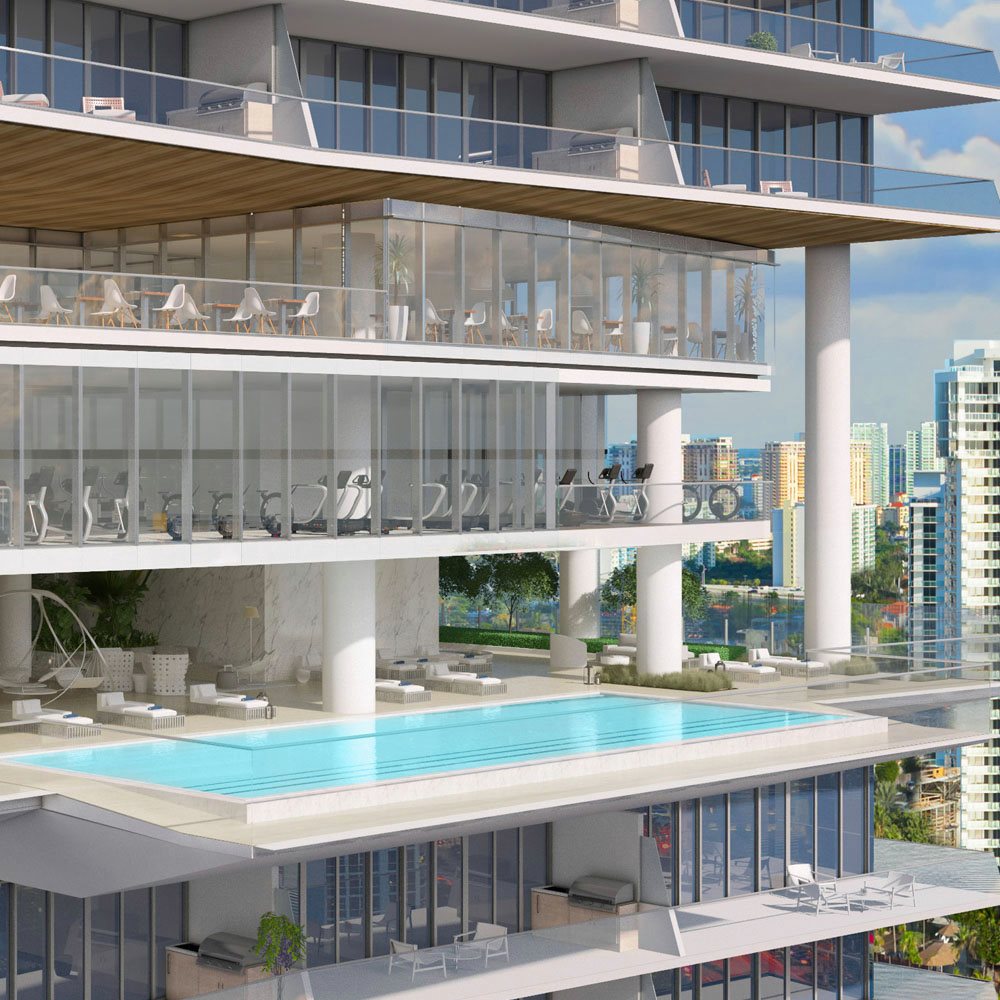