A photo from 80 years ago shows a relatively small, unmarked roadway passing by a grove of trees that fronted the beach at the time.

The land seen in the picture is now built out with the Fontainebleau Resort.

It was used around the time of the 1940 picture as Officer’s Quarters for the military during World War II, according to a book called Lost Miami Beach cited by Curbed in 2015.

It was previously known as the Firestone Estate and owned by tire magnate Harvey Firestone from 1923 through 1938, and included a total of 1,600 feet of oceanfront property. Before that, it was owned by James H. Snowden, who built the estate in 1916.

In 1954, the original Fontainebleau tower was built on the site, with other towers surrounding it in the ensuing years.

South Beach was already well developed, even by 1940. Only the former Firestone estate looks relatively undeveloped.

The comparison photos were uploaded by city commissioner John Aleman to social media. 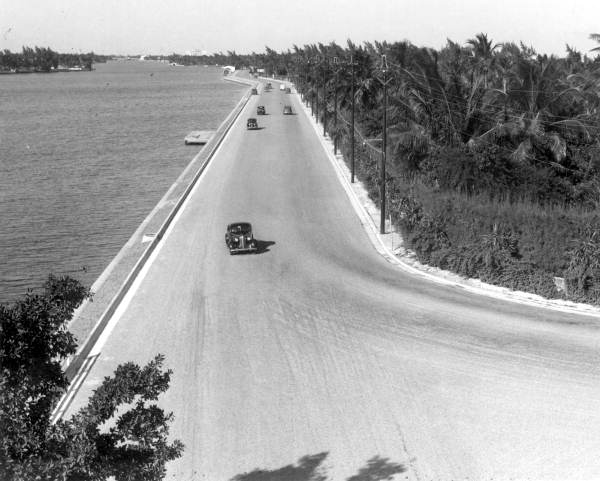 James H. Snowden estate on the site, later Firestone’s and then the Fontainebleau: 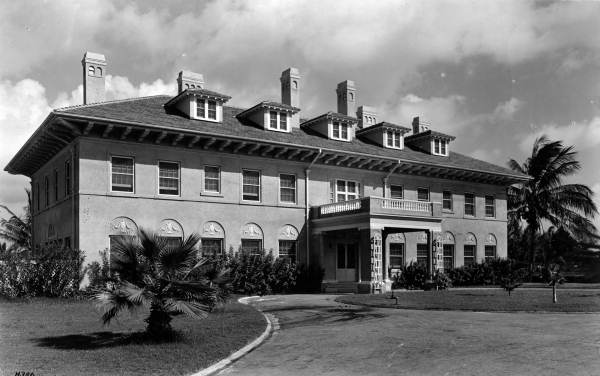 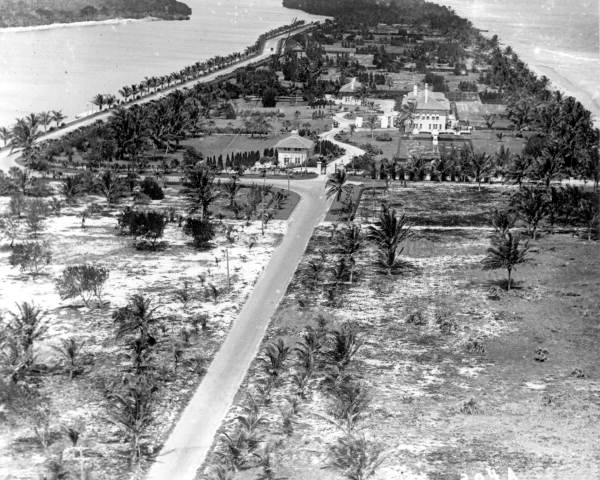 South facing view at the same location in 1935: 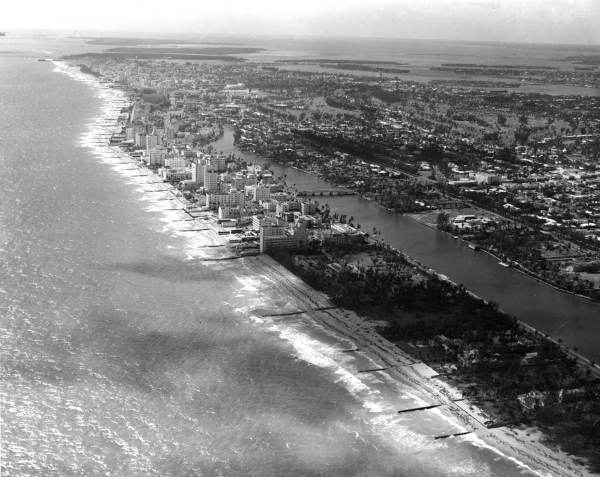