Photos show activity this week at the site of Baccarat Residences in Brickell, which is planned to become one of the tallest towers in Miami.

There are a total of three towers planned at the complex: Tower I (Baccarat Residences) at 848 feet, Tower II (apartments) at 550 feet, and Tower III (hotel and residential) at 897 feet.

Demolition began in February 2021 to make way for the first two towers, with construction permitting now underway on them.

In July 2021, it was revealed that prehistoric remains were found at the site, requiring archaeological excavation. 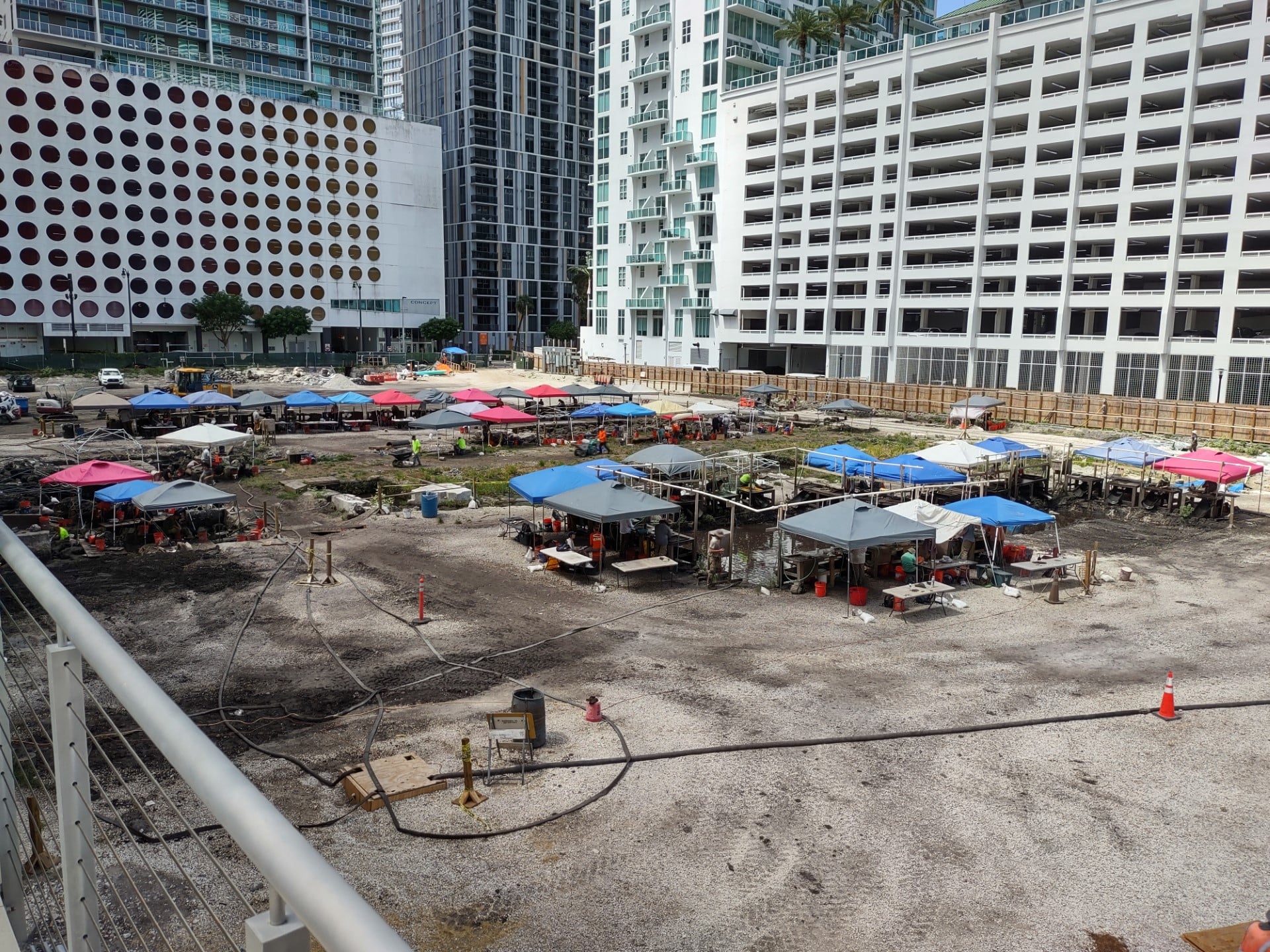