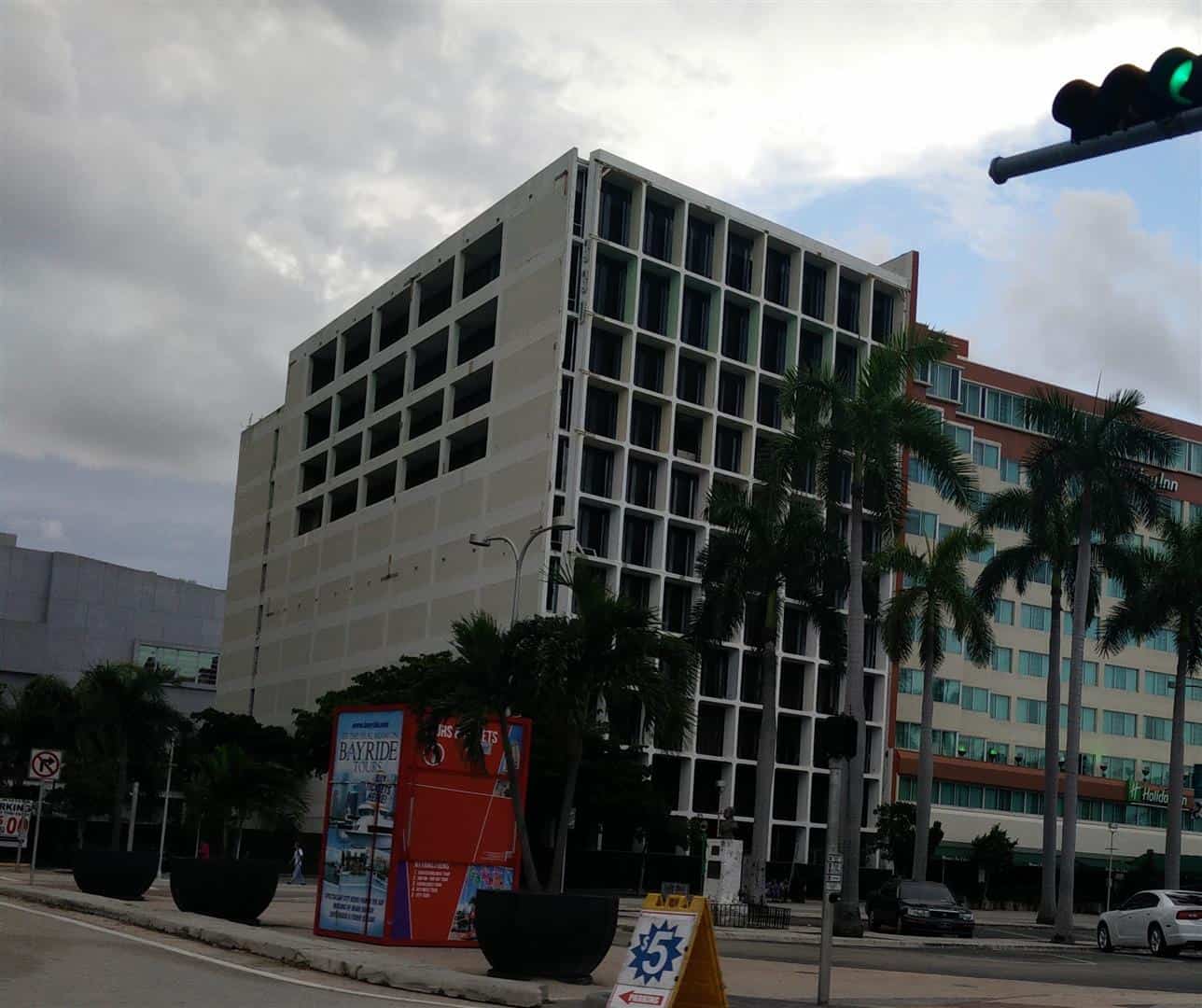 Developer PMG is planning to build a 500-unit high-end condo project on the property where Empire World Towers was once proposed at 300 Biscayne Blvd.

In addition to residential use, the project will include retail and restaurants, PMG principal Ryan Shear told the Herald. The design is ‘complex,’ he said.

Shear said that he doesn’t think anybody’s ‘rushing to market right now,’ but ‘if sales stay at the current pace, we’ll come out of the gates and go to market.’

According to an application with the FAA, the tower is planned to exceed 1,000-feet in height.

Also on the former Empire World Towers property, PMG is working to get a separate, 464-unit rental tower at 243 NE 3rd Street approved. Earlier this week, Shear said that construction on that tower had been pushed back from the fourth quarter of 2015 to the first quarter of 2016.

an old office building on the site being demolished: