The PortMiami Tunnel Boring Machine Cannot Be Used For Other Projects

Can The Tunnel Boring Machine that was used for the PortMiami tunnel be reused for other projects, such as a potential Miami River tunnel?

In short, the answer is no. “Harriet” (the TBM was named after Harriet Tubman by the Girl Scouts of South Florida) is no longer with us, according to Christopher Hodgkins, the CEO of Miami Access Tunnel.

After digging both directions of the PortMiami tunnel, the machine was “spent”. Harriet worked 20 hours a day for two years (with four hours of maintenance). Her teeth needed to be changed five times on the way to the port, and four times on the way back, Hodgkins said.

The machine was designed specifically for the hard stone geology on the area, and was dissembled following completion of her mission. The contractor recovered and recycled whatever they could, and scrapped the rest, in a disassembly process that took three months, according to Hodgkins.

The tunnel opened in 2014 and is credited with removing 80 percent of trucks from downtown Miami. 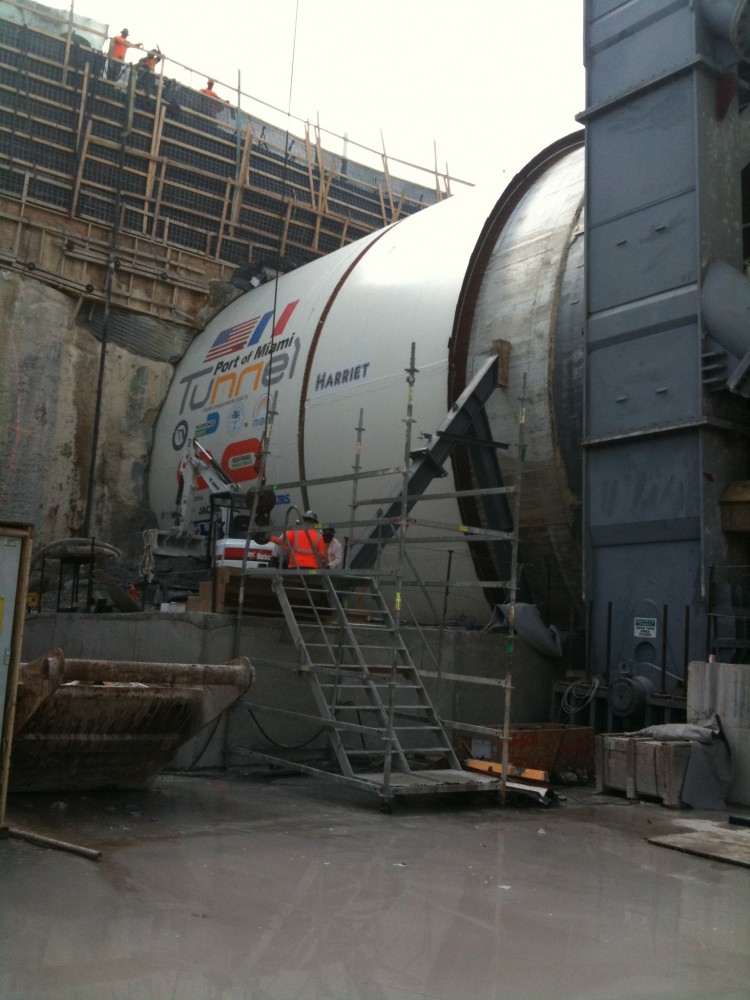