A light rail system that extends from the Design District through Midtown Miami, Downtown Miami, and across the causeway to Miami Beach could enter the PD&E phase within months.

The system will be compatible with the wireless streetcar system in Miami Beach, but won’t come online as quickly. The reason: Miami-Dade County is taking the lead for the mainland system, and wants to get federal funding to build it. The federal funding process requires several years of studies, and Miami Beach decided to jump-start their side and move forward without it.

The mainland system would start in the Design District, eventually heading into South Beach over the MacArthur Causeway.

A second phase of the Beach system would run up Collins Avenue and over the Julia Tuttle Causeway, creating a loop.

Miami-Dade’s Metropolitan Planning Organization is expected to vote to approve the 2-year Project Development and Environment phase of the mainland system later this month. 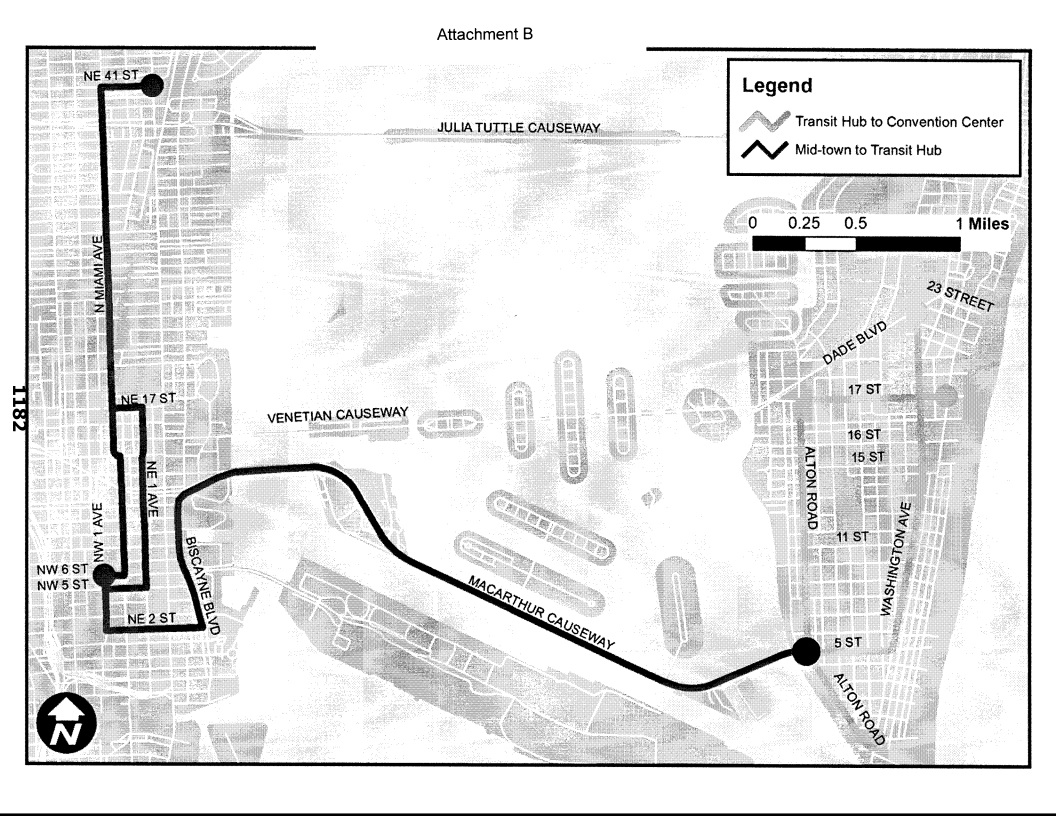