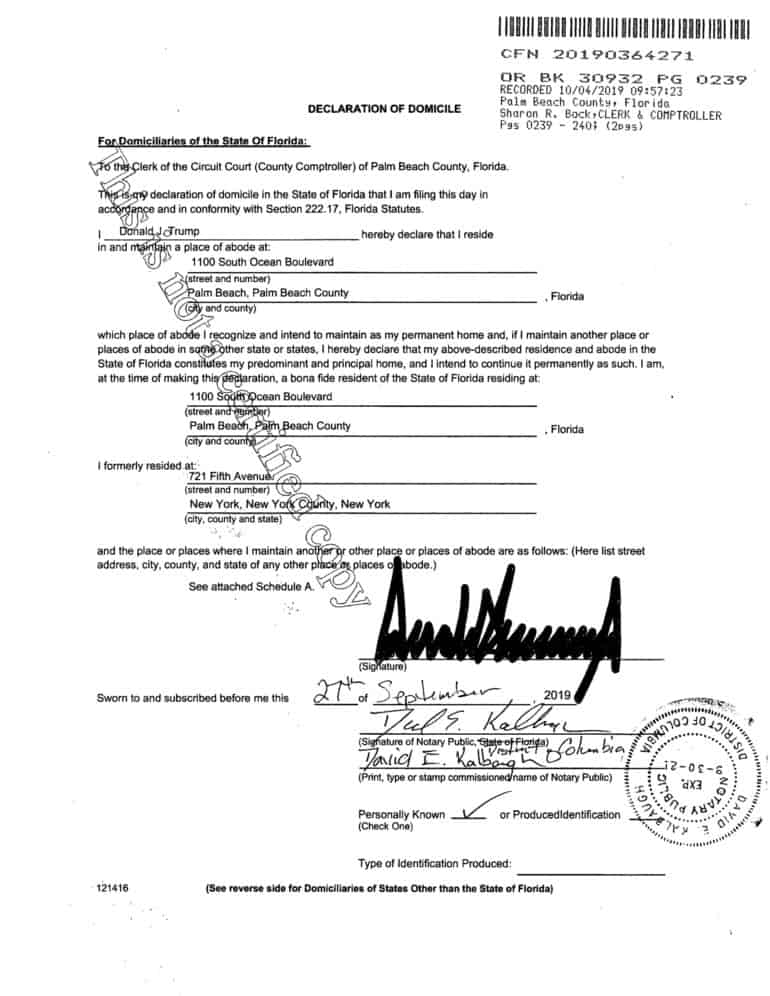 President Trump Has Officially Filed To Move From New York To Florida, Where Taxes Are Much Lower

President Donald Trump confirmed last week that he filed paperwork to become a resident of Florida.

New York State has a top income tax rate of 8.82% while New York City adds as much as 3.876%. Recent tax law changes make it impossible to deduct those payments from federal taxes, making them much more costly.

New York’s Democratic governor tweeted “good riddance” in response to the news of Republican Trump’s move, while the Democratic mayor wrote “don’t let the door hit you on the way out or whatever.”

In practice though, New York doesn’t give up on its income tax easily. There is a “100 percent chance” that New York state will audit Trump, a tax accountant told the AP, since they want to be sure he really has relocated. 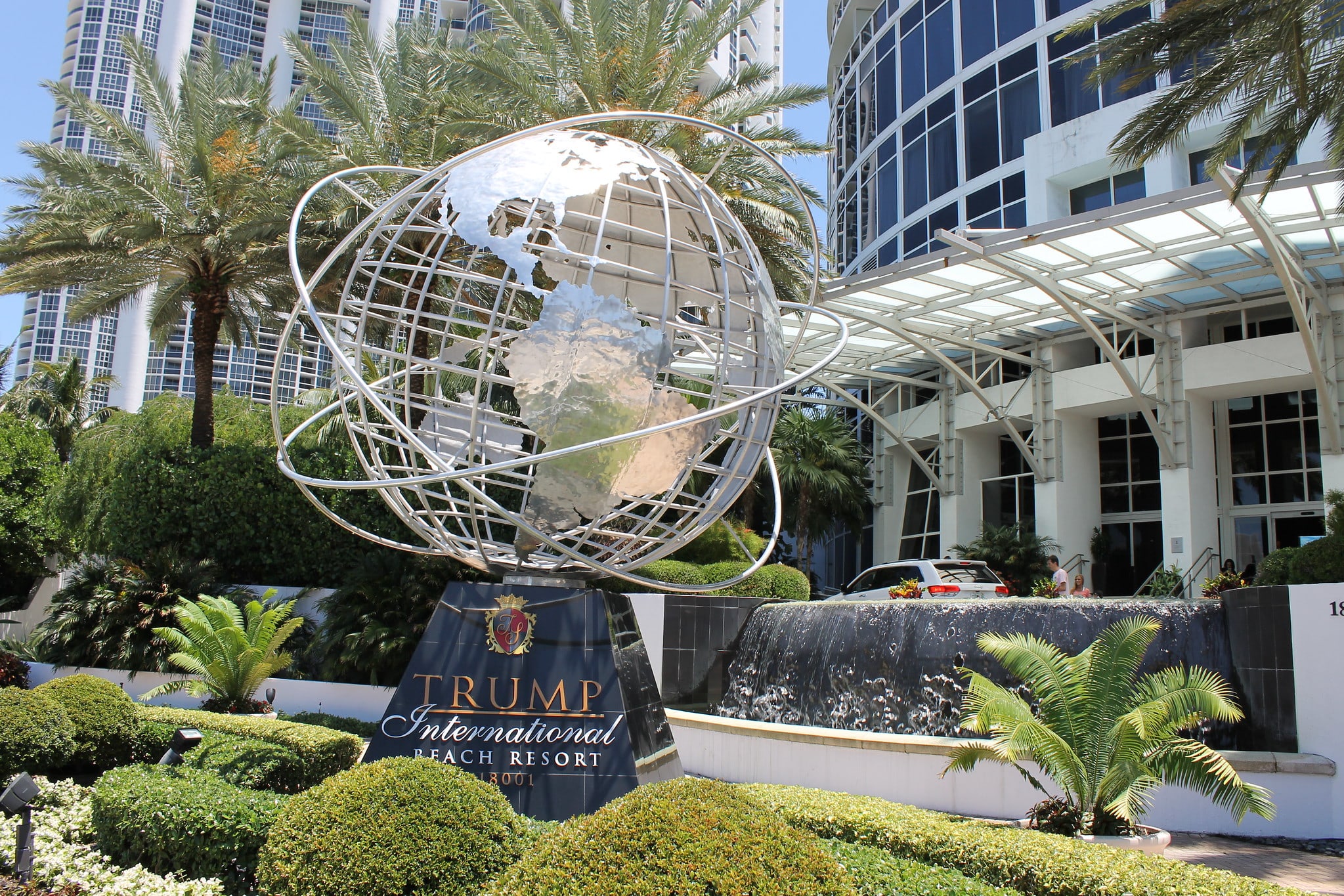 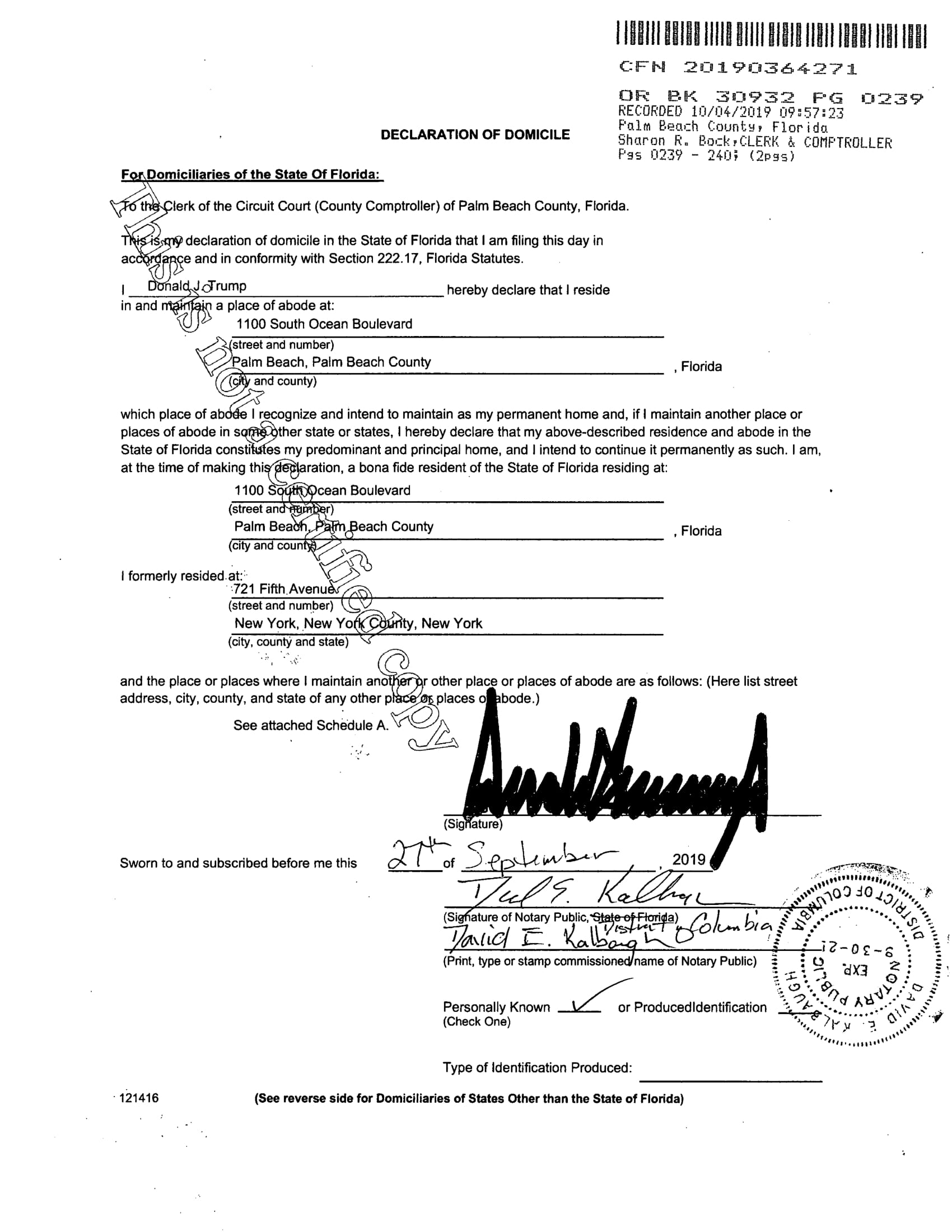 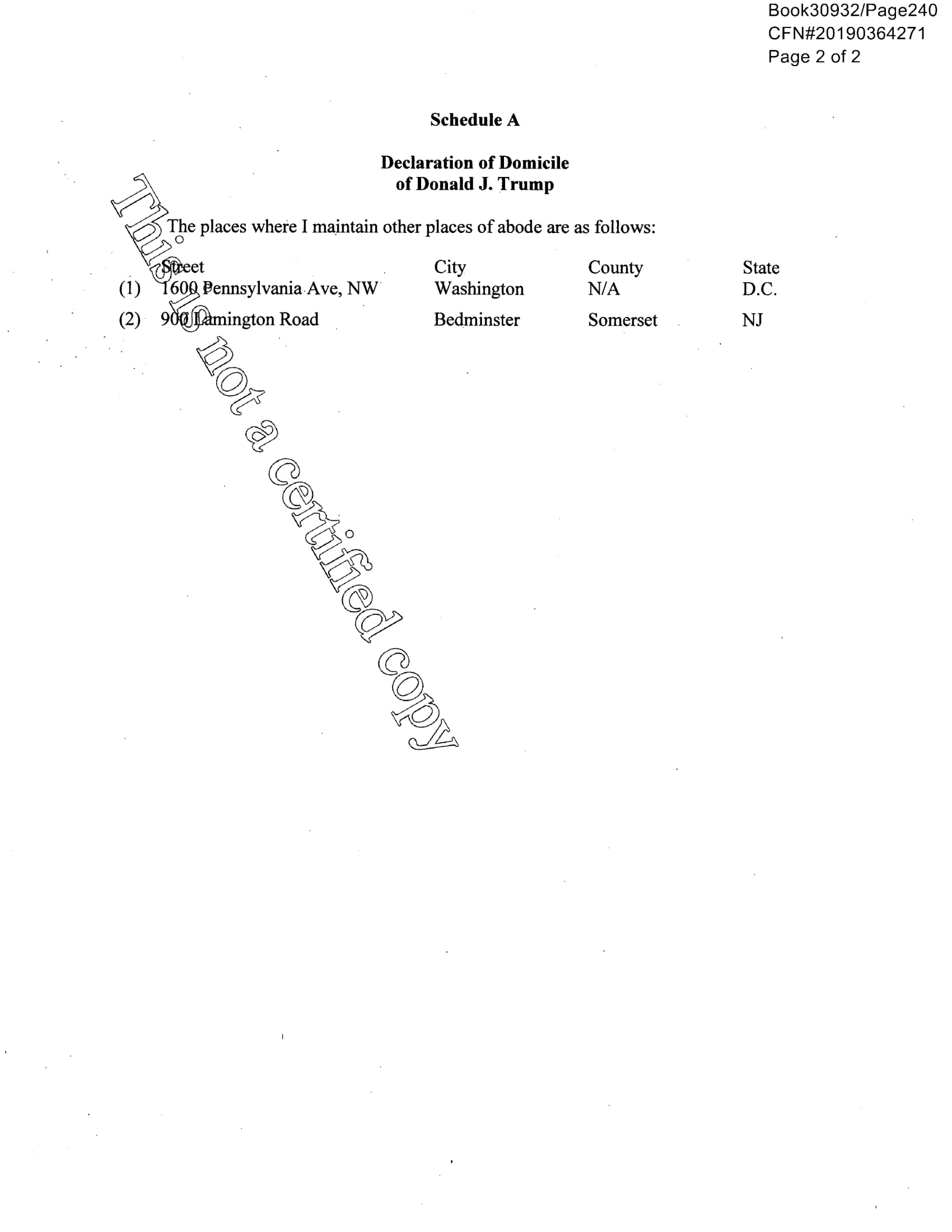