There are unconfirmed rumors that the First Presbyterian Church of Miami has sold off their parking lot on Brickell Avenue.

If sold, the property is prime for development. The surface lot sits on the waterfront in the most densely built area of Miami, and has intense zoning rights.

There is nothing in county records indicating a sale has taken place yet, however.

In 2018, the county appraiser slapped a $6.5m lien on the property, saying that back taxes were owed after officials discovered that a school and food trucks were leasing space from the church. The appraiser claims that a religious tax exemption should be partially revoked due to nonreligious use.

A former county Property Appraiser told the Herald in 2018 that while the county had no mechanism to collect on the lien for past tax owed, any new tax bills issued must be paid every year by the church.

The church has filed a lawsuit seeking to overturn the loss of religious exemption, which is still pending. An unaffiliated attorney told the Herald that he thinks the county’s case is stronger.

The church building itself is historic and cannot be demolished. It was built in 1949. The congregation is Miami’s oldest and was formed in 1896. 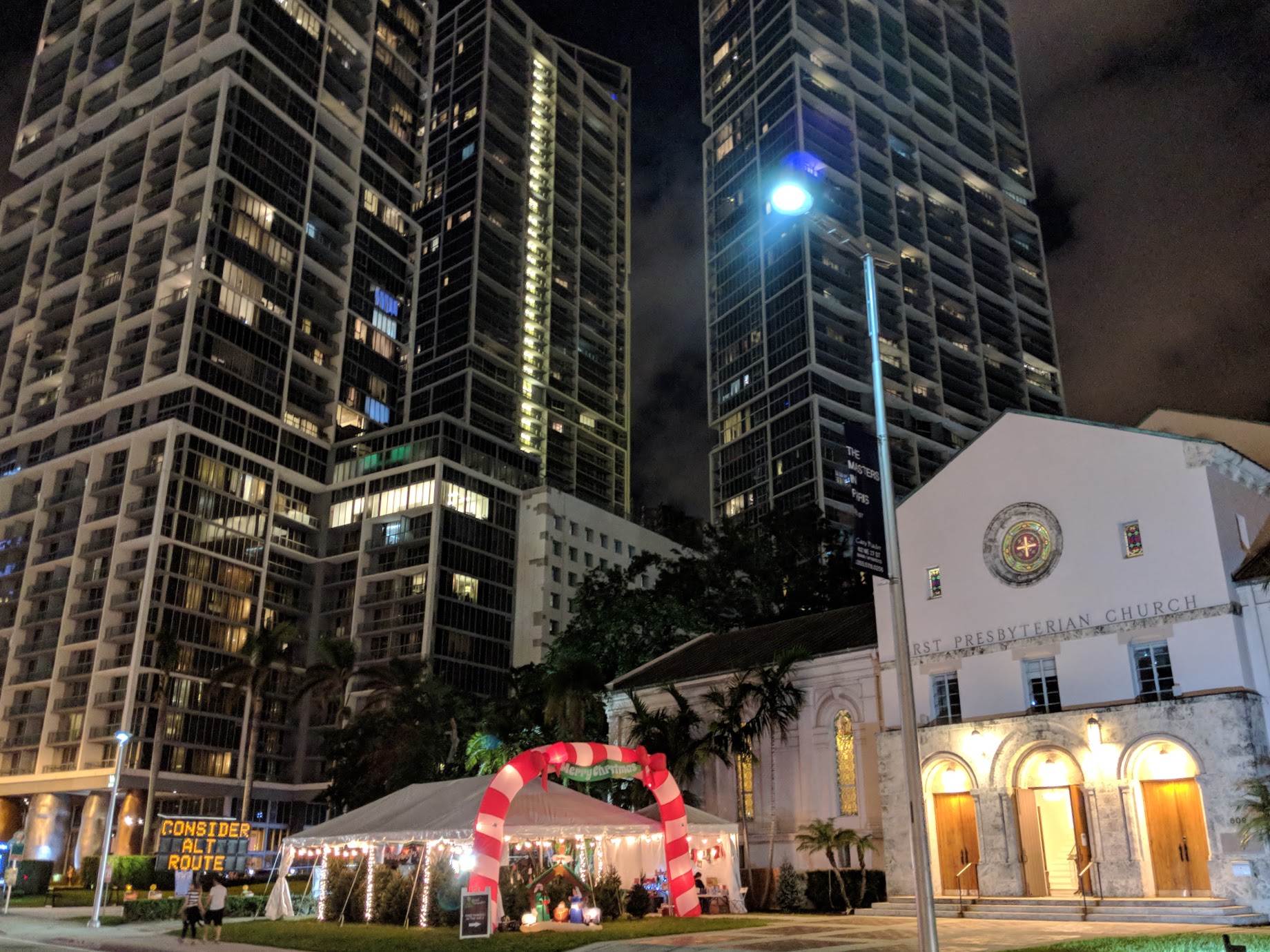