Leasing is underway in the Design District for a retail building designed by Royal Byckovas.

The architect says that the form of the structure will appear to have been the result of “years of aeolian geomorphology.”

The Verge Building is a planned 3 story, 8,400 sf retail structure located in Miami’s burgeoning Design District. The project is positioned at a significant intersection, a gateway to the Design District and by virtue of its location instills a sense of excitement through the notion of arrival and departure. The architecture captures the independence of the District by distinguishing itself via its separation from the collective of connected facade centric volumes that define the neighborhood’s tapestry. The Verge Building is “unhinged” and appears to expand the contract, switching the surrounding spatial context between the vacuous and compressive.

Seeking an advantage over the diminutive lot characteristics, the building rises up and sits, perched at the fringes of North Miami avenue. The form and curvature of the facade define the swelling boundaries of the District and invites visitors to pause and then explore the full exterior limits of the site and building. Upon examination, the building’s form appears to be the results of years of aeolian geomorphology that when observed from series of vantage points appear impenetrable. Yet,a slight shift of view reveals a building that is curiously boundless.

The materials that comprise the fabric of the building deviates conclusively between solid and transparency. There is a billowed softness of this meeting of material; between eh heave of the GFRC hexagon panels and the custom glass panels. Thus pulsing switch of transparencies fracture the daylight and sends shards of piercing light through the generous volumes. The result is an orchestrated binary of light and shadow that continually shift within the interior floor-scales.

A press release from the broker:

DD41 presents a preeminent retail option for leading brands that wish to join the neighborhood, which today, is the city’s most notable luxury fashion destination home to names such as Louis Vuitton, Christian Louboutin and Tiffany & Co. Situated at the bustling intersection of 17 NE 41st Street and North Miami Avenue, the property directly neighbors the area’s coveted designer boutiques and award-winning restaurants. It is also just steps from the recently-completed Institute of Contemporary Art and world-renowned De la Cruz Collection.

Encompassing three stories, the project is designed by Royal Byckovas, the global architecture firm behind Bal Harbour Tower and Argentina’s St. Regis Hotel and Residences. Their collaborative team of experts envisioned DD41 to exemplify the artistic, contemporary style that is synonymous with the Design District.

“We are thrilled to be partnering with CBRE on our latest venture,” said Camilo Lopez, CEO and managing partner of TSG Group. “The Design District has become the nation’s cosmopolitan playground. With CBRE’s extensive market knowledge, we are confident that DD41 will seamlessly blend into the fabric of the community and be a strong draw for high-street retailers seeking their place in this burgeoning district.”

Set to be a flagship of the Design District, DD41 is in proximity to The Museum Garage, a curated 900-car parking structure that will feature six facades, each designed by a different architecture firm using elements such as, recycled cars, puzzle pieces, and murals. In addition, Phase III of the neighborhood’s expansion will include ABC Kitchen – a farm-to-table concept by Michelin-starred chef Jean-Georges Vongerichten – and L’Atelier de Joël Robuchon, both with plans to open later this year. 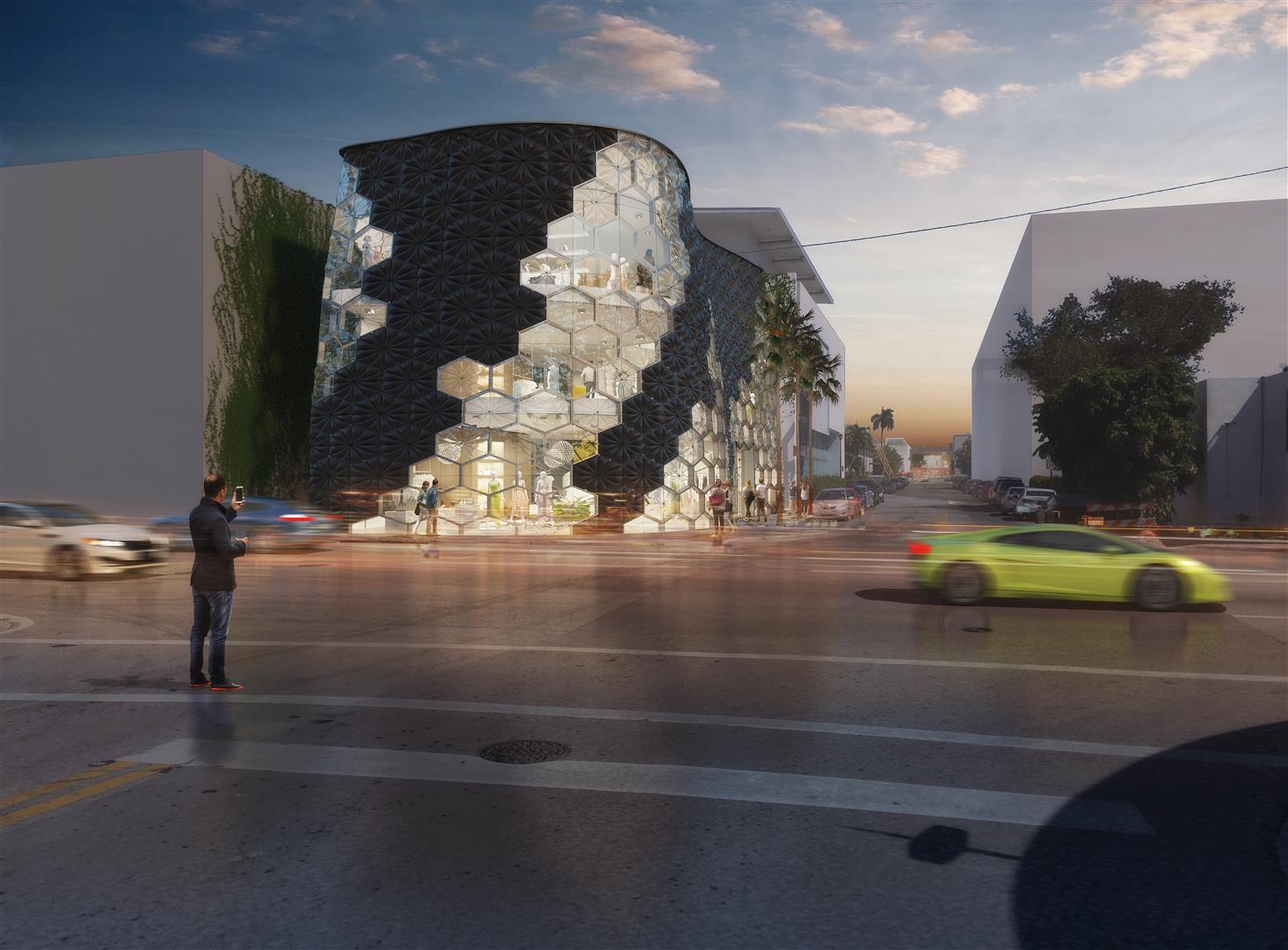 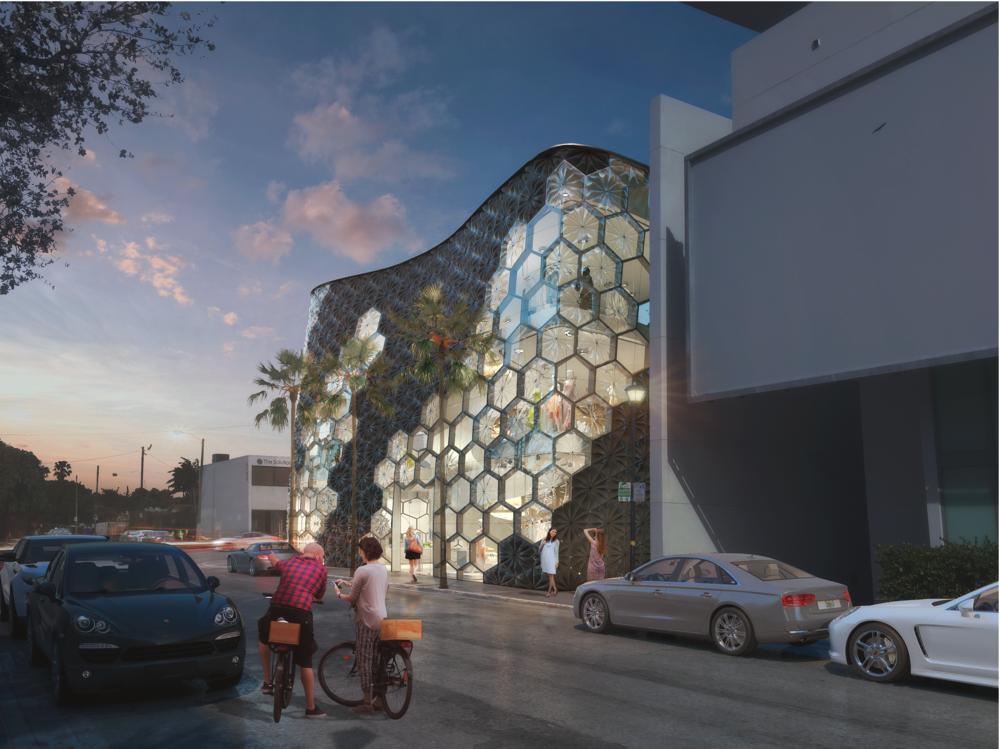 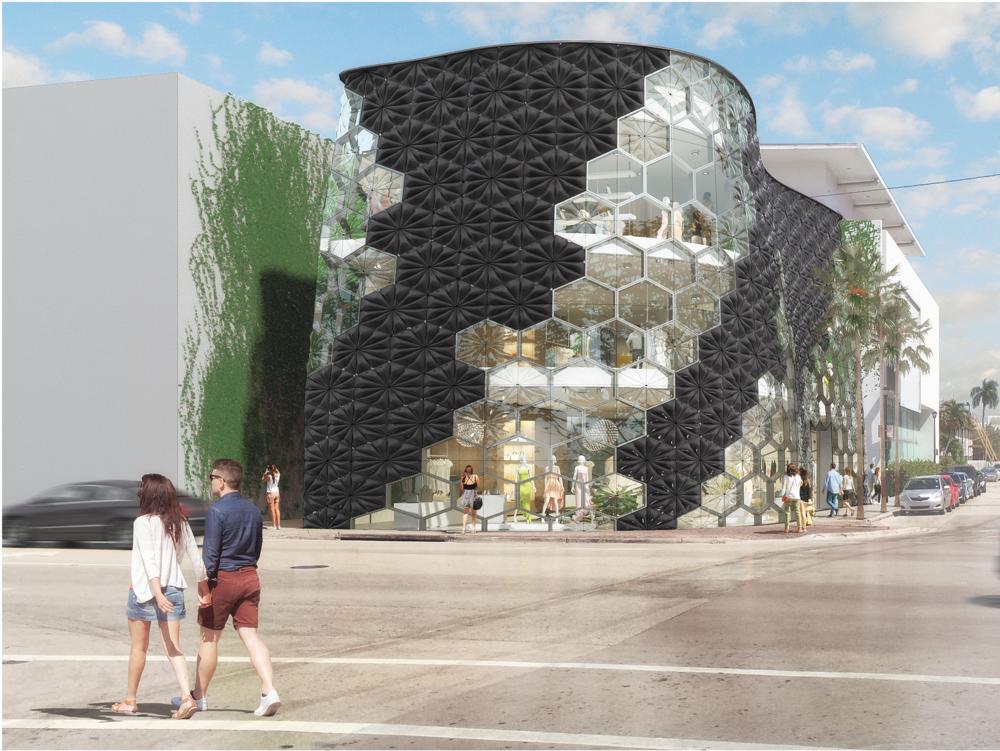