Public Artwork Unveiled At 3 MiamiCentral, Where Publix Is Working On A Store

Grand scale artwork by Robert McKnight has been unveiled at 3 MiamiCentral.

Publix appears to still be working on building a store there. On March 22, a Subordination, Nondisturbance and Attornment Agreement between the Publix, the landlord and lender was recorded. It had been signed by the parties in the summer of 2017.

The company has applied for a construction permit to build out a grocery at 3 MiamiCentral, but it still has not been approved.

According to the permit, Publix is building out 37,935 square feet of space.

MIAMI, FL – (March 27, 2018) – Florida East Coast Industries, the developer behind MiamiCentral and Brightline, are proud to present grand scale art installations at 3 MiamiCentral by Robert McKnight, a celebrated South Florida-based and nationally recognized artist with an extensive portfolio of public work. The art collection–consisting of two friezes and three murals–is now visible to the public. The work is integrated into the design of 3 MiamiCentral, MiamiCentral’s newly completed mixed-use building in Historic Overtown.

MiamiCentral, the new dynamic hub for transportation, leisure and business, is a transformational, first-of-its-kind, transit-oriented development, spanning six Downtown Miami city blocks. It serves as the southern terminus for Brightline, the new inter-city, express passenger rail service that opened between West Palm Beach and Fort Lauderdale in mid-January. The system will extend to Miami in the coming months and will ultimately connect to the Orlando International Airport. MiamiCentral will also provide connectivity to all forms of transit in Miami-Dade County, including Metromover, Metrorail and Tri-Rail.

“Florida East Coast Industries and Brightline made the predevelopment commitment to the Southeast Overtown/Park West Community Redevelopment Agency that their project would reflect and respect the rich culture of Overtown,” says Cornelius Shiver, executive director of the Southeast Overtown CRA. “I am proud of their decision on commissioning Robert McKnight and look forward to partnering with FECI on future collaborations.”

McKnight’s artwork pays homage to Overtown’s historic background and is a beautiful representation of the community’s past, present and future. The public art was designed to preserve and enhance the east-west pedestrian connection through the neighborhood and link Overtown Transit Village and the Historic Overtown/Lyric Theater Metrorail Station.

“The general theme is a tribute to the music of the Overtown neighborhood from the beat of the drum to the wail of the horn augmented by the Soul music derived from the local church choirs,” McKnight said. “Elements collaged into the work include jazz singers and musicians, instruments, billboards and classic show cards as well as iconic buildings, churches and items symbolic of the Jazz Era.”

McKnight’s installations can be seen on the south, west and north exteriors of 3 MiamiCentral. For the friezes, he applied a silk-screen paint to aluminum to create large-scale, high-definition images visible from afar. A pedestrian wall mural features digitally prepared kiln fired tiles that are easily viewable from vantage points near and far.

The art itself is a vibrant collage of images referring to the musical history and culture of the region including the notes from an old blues guitarist that turn into butterflies, antique African masks, a representation of Lena Horne, a famous actress, singer and activist, and other cultural references. The pedestrian wall features an undulating mix of faces, church references, and a pastor and church choir singing. The far end of the collage depicts a mother and child looking toward the poem “Hope for the Future” by Femi Folami-Browne.

McKnight, who moved to Miami with his family as a toddler in 1953, is known for various major public artworks in Miami including wood collage panels at the North County Health Center, mosaic murals at the Pinnacle Park Apartment Complex, an environmental work at St. Thomas the Apostle Catholic Church and a porcelain tile mosaic at the Little Haiti Cultural Center. Throughout his career, he has worked to generate opportunities for greater professional visibility for African-American and African artists.

“We’re honored to feature Robert McKnight’s art and thrilled with the collection,” said Daniel Quintana, vice president of Florida East Coast Industries, the development company behind MiamiCentral. “Mr. McKnight is a fixture in the community and MiamiCentral is an integral partner bringing a new lifestyle destination complete with transportation services to this vibrant downtown.”

3 MiamiCentral was completed in December 2017 and is located at 161 NW 6th St. Miami, FL 33136. The mixed-use building features Class A offices and retail space, including a major grocer (to be announced). 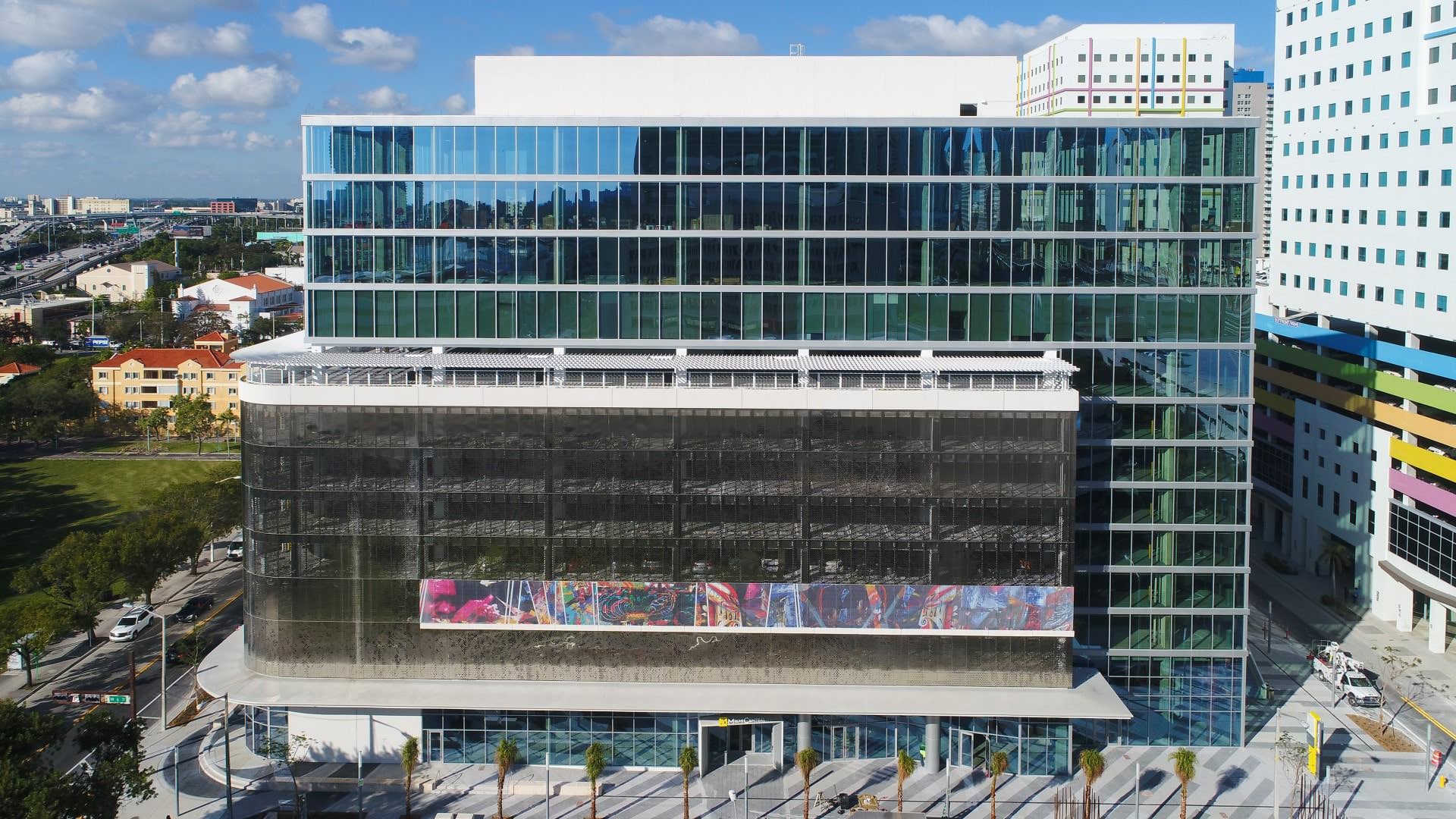 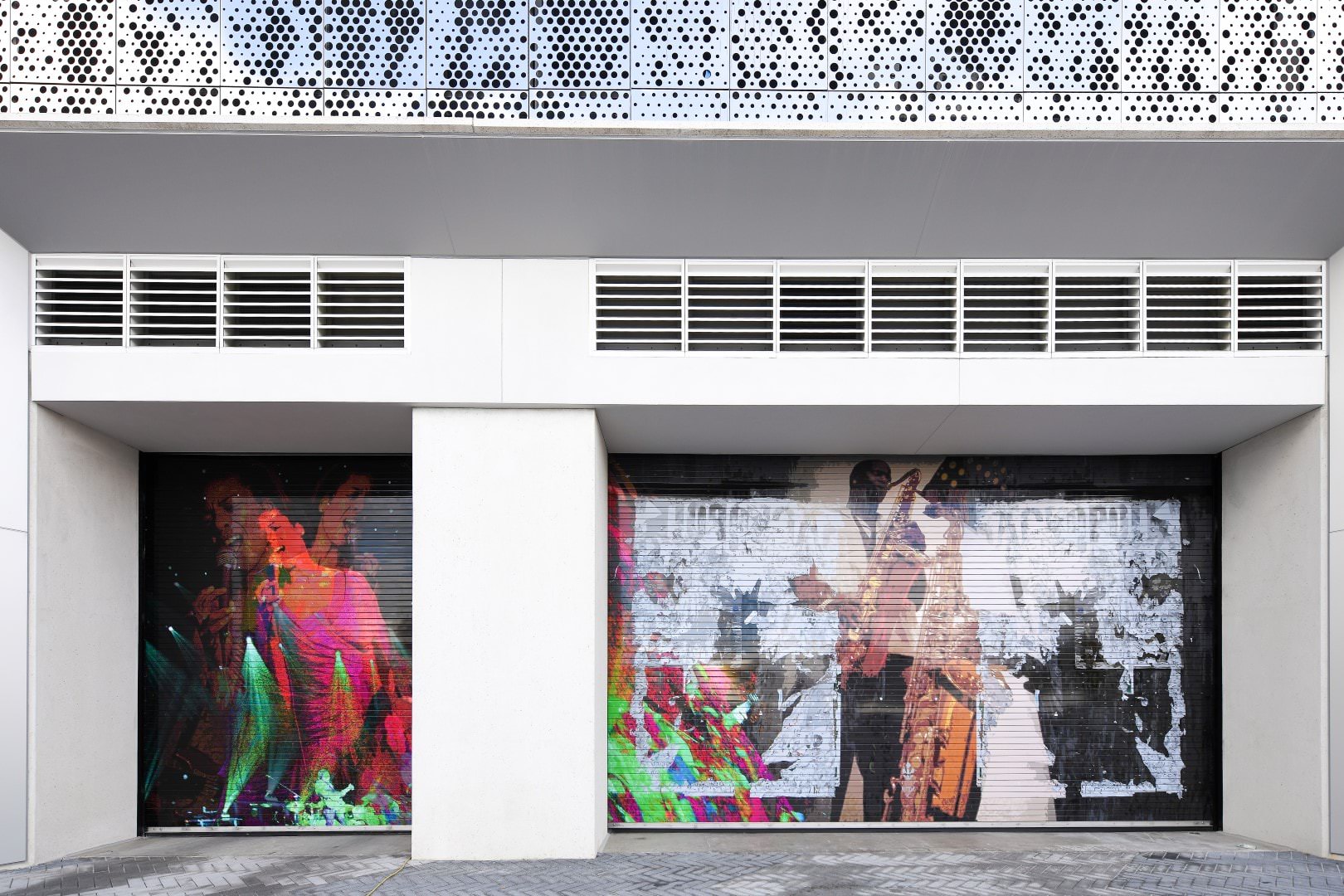 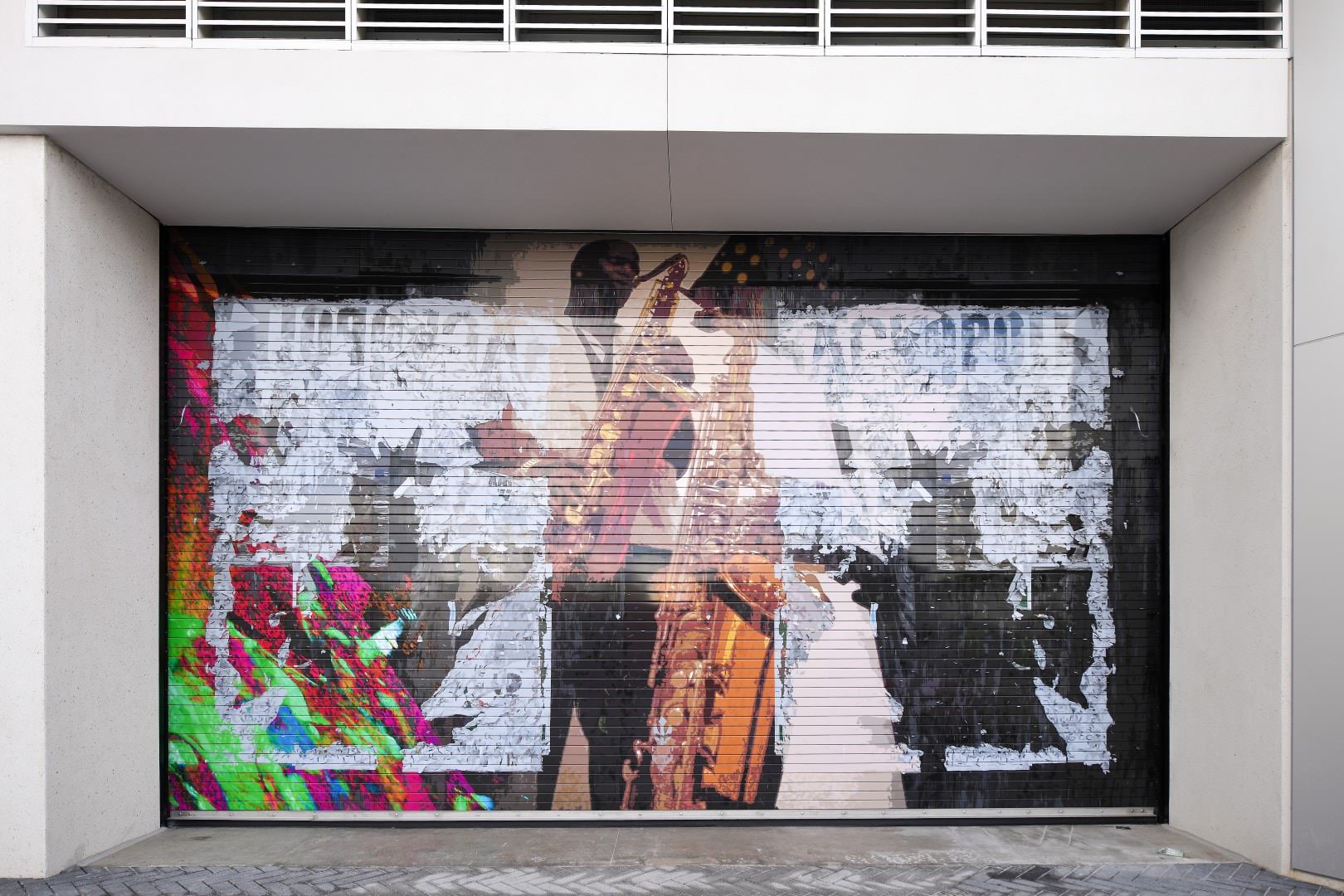 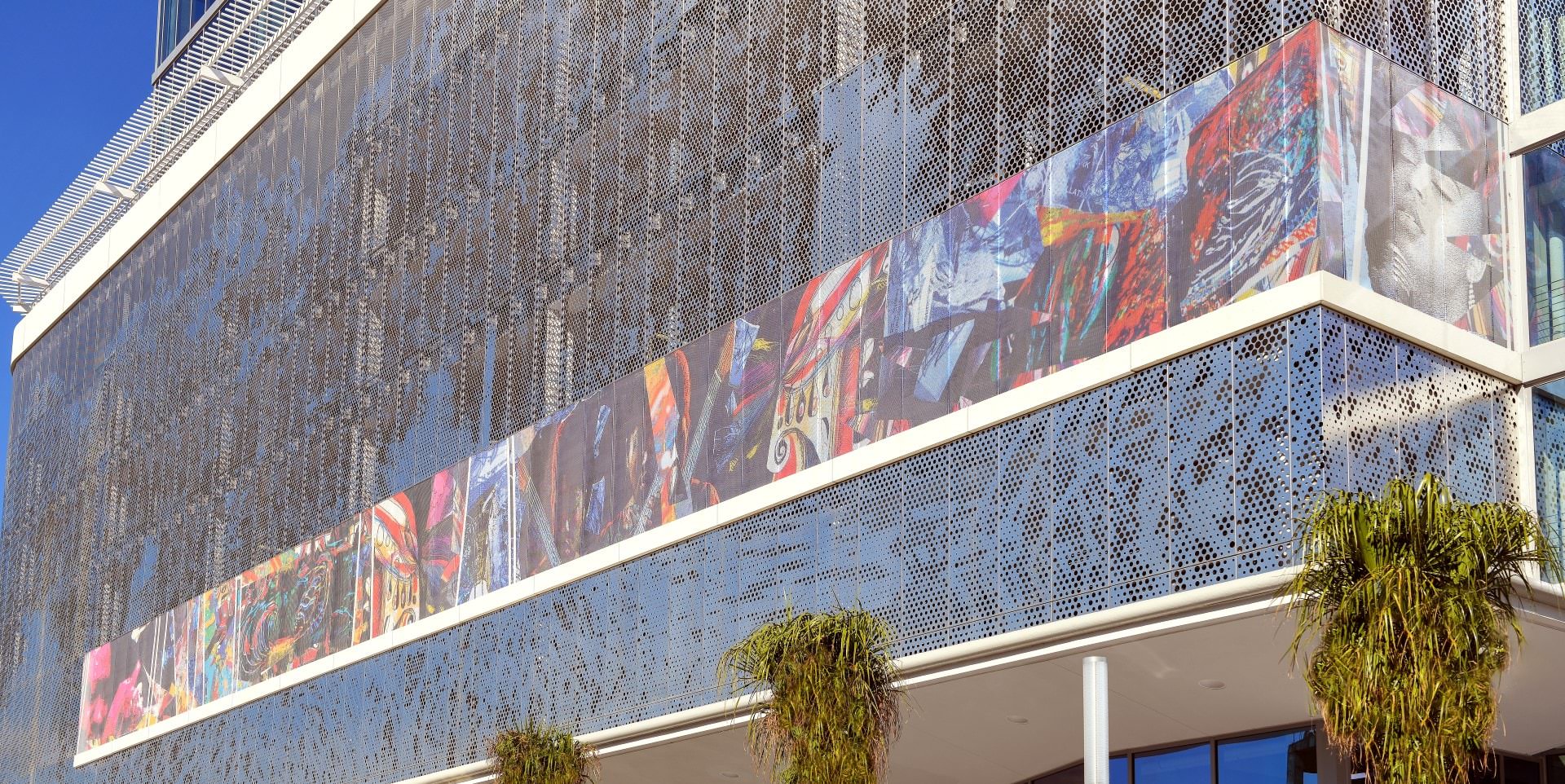 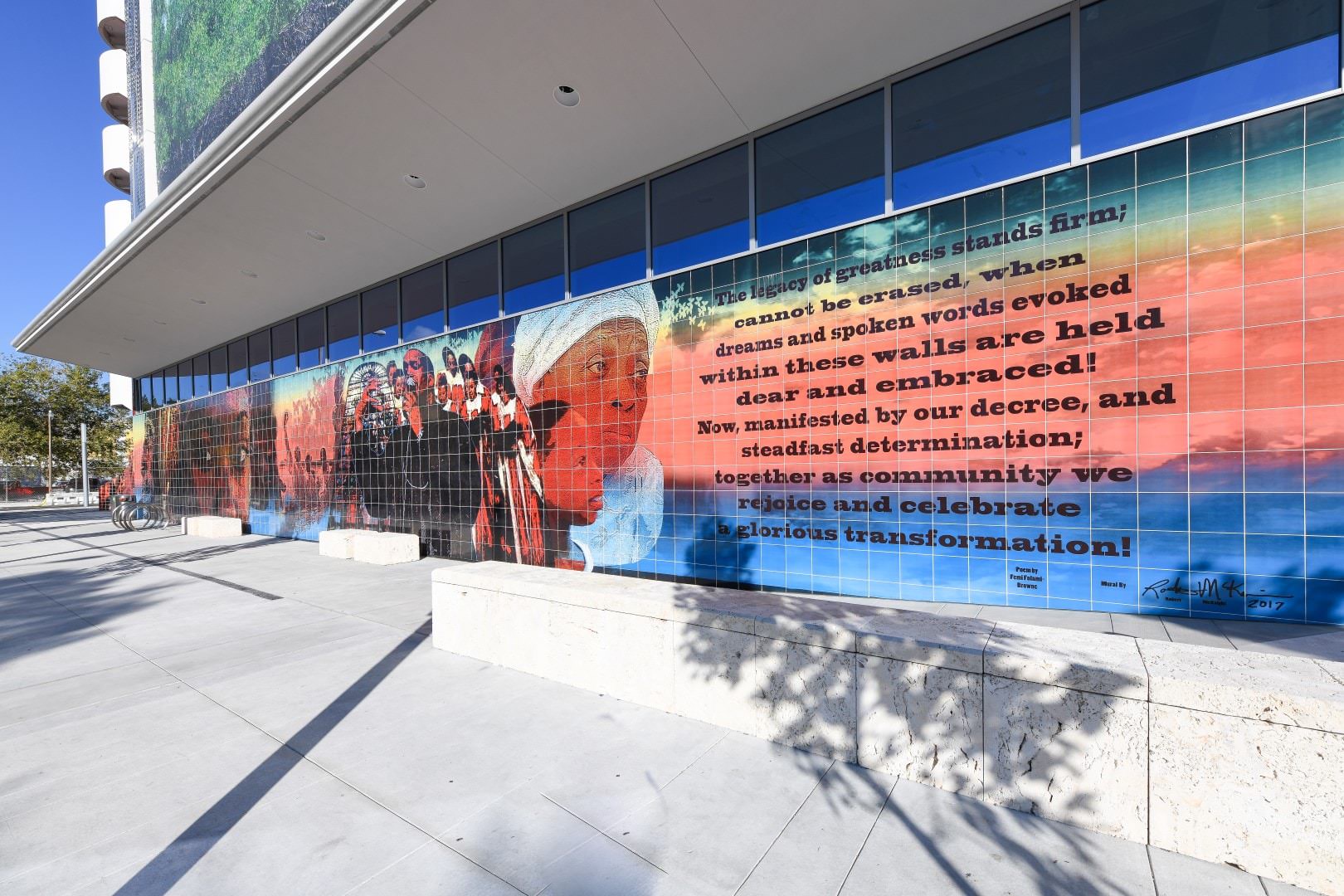 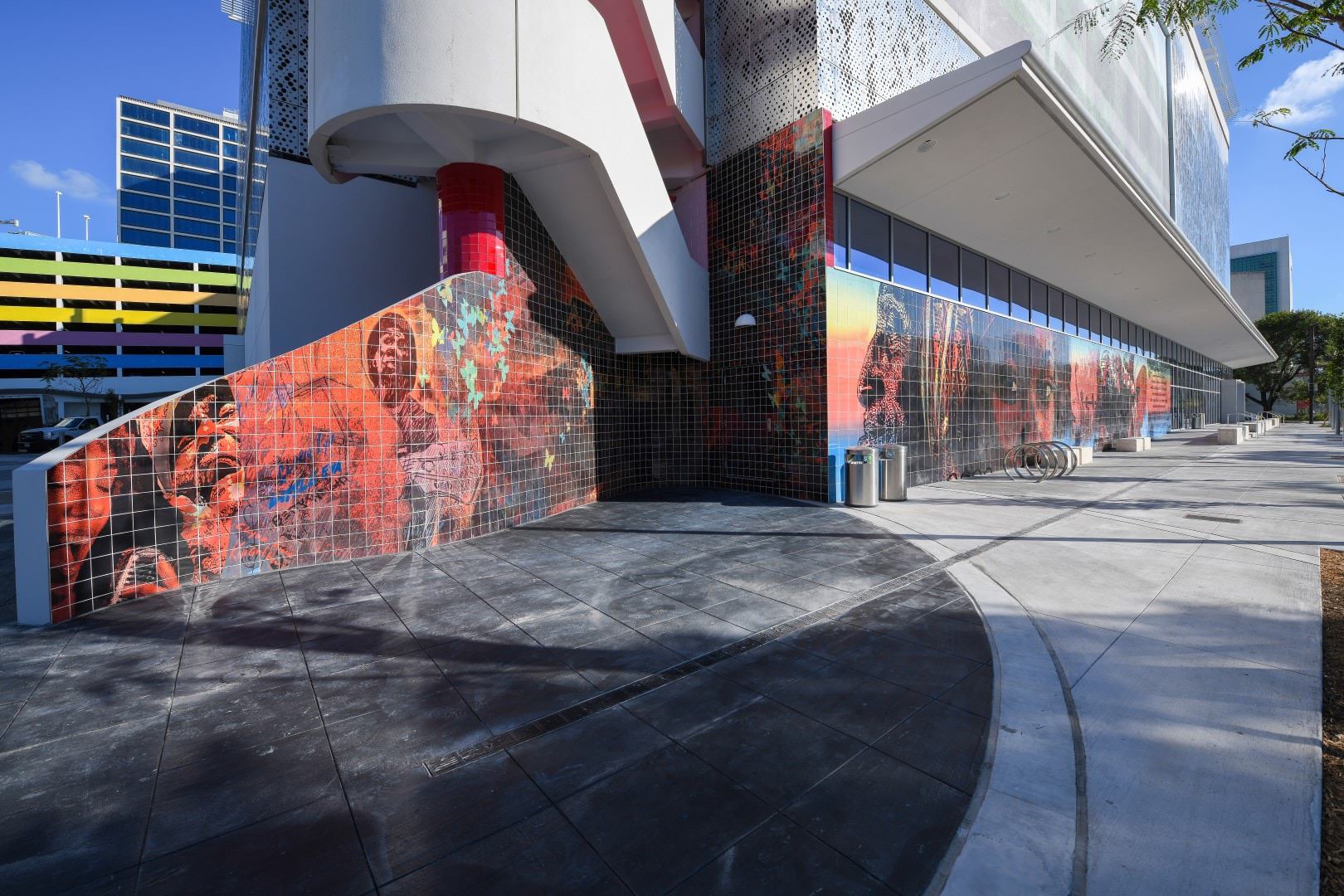 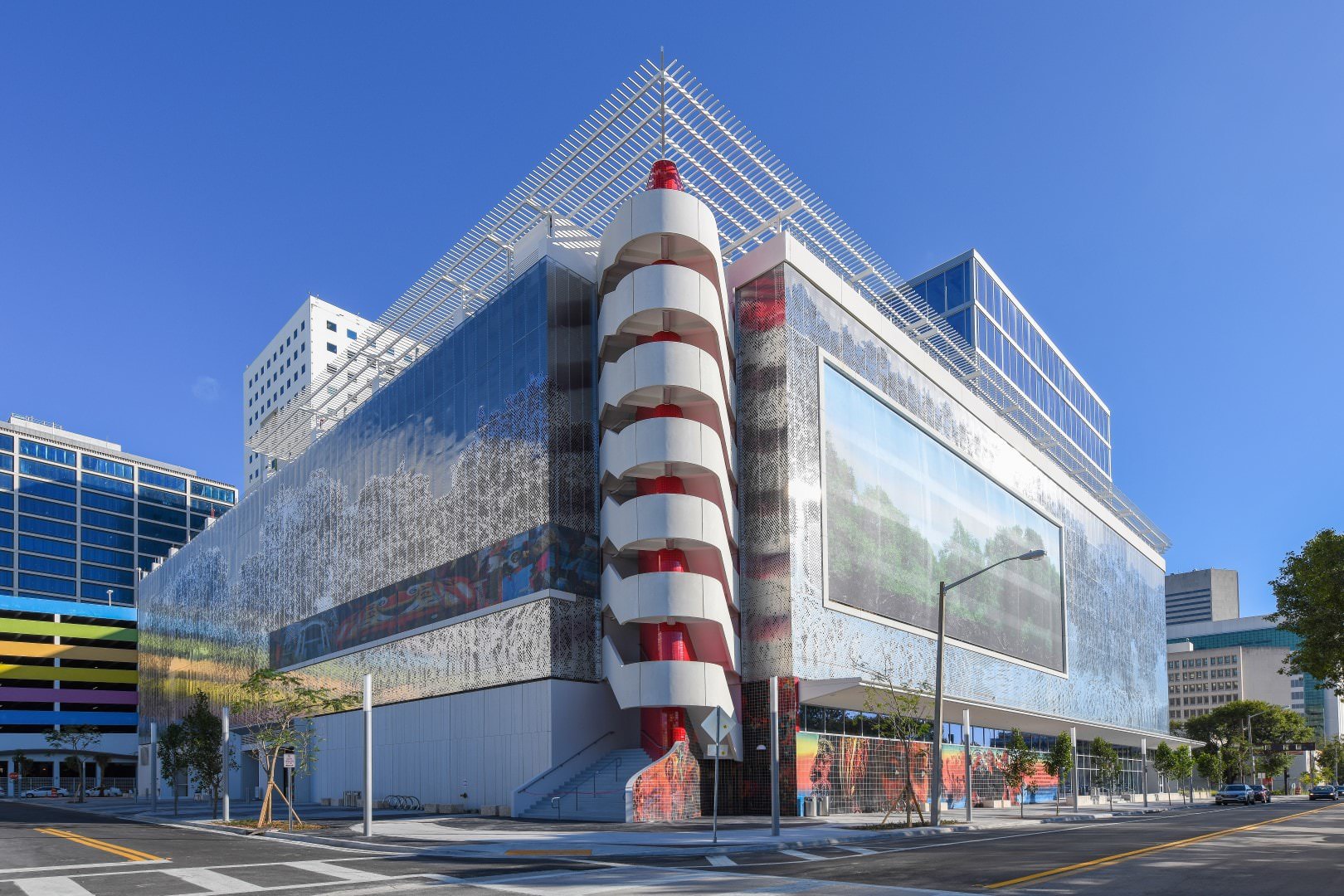