According to plans filed with Miami-Dade planners yesterday, Gallery at Marti Park is planned to include:

There will also be a clubroom, gym, and outdoor pool on the fourth floor.

Miami-Dade commissioners voted earlier this year to add the property to the Metromover Subzone of the Rapid Transit Zone, allowing for more intense development that bypasses City of Miami zoning rules.

The project is being designed by CMA Architects.

Here’s a description of the project by the developer:

Gallery at Marti Park (the “Development”) is a 167-unit mixed-income development in the Little Havana neighborhood development of Miami that will provide high quality housing for low- income households at 30% and 80% of AMI as well as market rate households. The project is being developed on two parcels adjacent to a 32-unit public housing site that is part of Joe Moretti Phase 2B. The two parcels currently consist of surface parking and a one-story community building called the Myers Senior Center, which will be replaced on the ground level of the proposed 12-story building. The proposed building will also contain 2 levels of parking and an elevated amenities deck.

A total of 85 units within the Development will be Tax Credit eligible and set aside for households earning between 30% and 80% of Area Median Income (“AMI”), of which 34 will be subsidized under the RAD Section 18 Blend Program. The remaining 82 units will be unrestricted units at market rate. 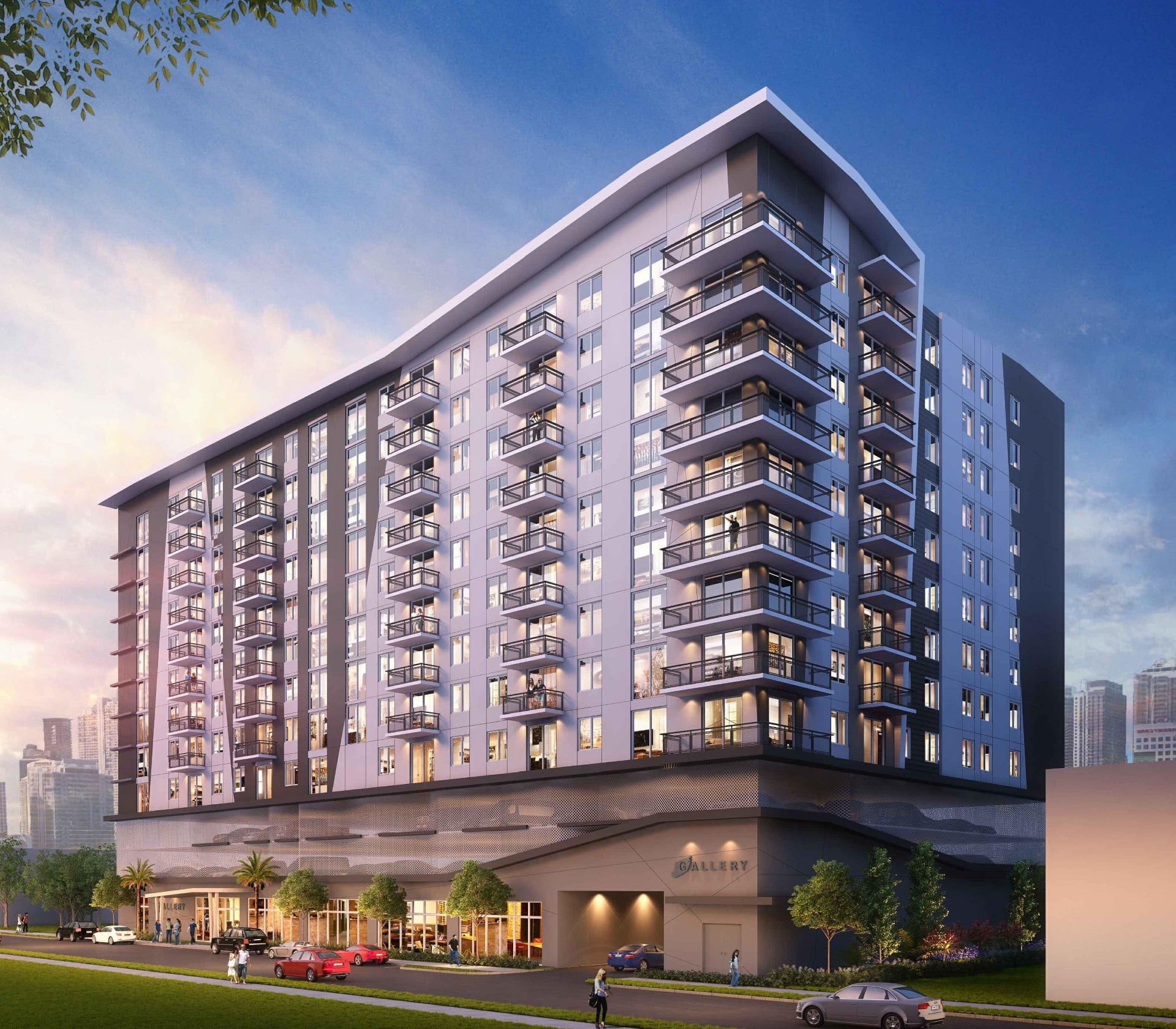