The Related Group is campaigning for the creation of a public bay walk through Edgewater, a wide pedestrian promenade with benches, art, shade trees, and occasional parks which they call the Biscayne Line. It will be a major step forward for the urban growth, and pedestrian accessibility, of the entire neighborhood, making the entire waterfront a completely public amenity. A survey they commissioned from Arquitectonica (above and below the jump) maps out the current waterfront conditions, suggesting what can easily be implemented in the near future, and what might be more difficult.

Branching off from the two parks they’re building in the area, Icon Bay Park and Paraiso Park, the Biscayne Line would ultimately run the entire length of Edgewater’s bayfront from Albert Pallot Park, just to the north of the Julia Tuttle Causeway, to Museum Park to the south, creating a publicly accessible waterfront for the entire length of Edgewater, and linking up with the rest of Miami’s bay walk infrastructure.

Jorge Perez and Carlos Rosso of Related Group are listed as part of the team, along with Miami commissioner Marc Sarnoff and Arquitectonica’s Bernardo Fort-Brescia.

The website is funded by Related Group, which has promised to pay for the project. 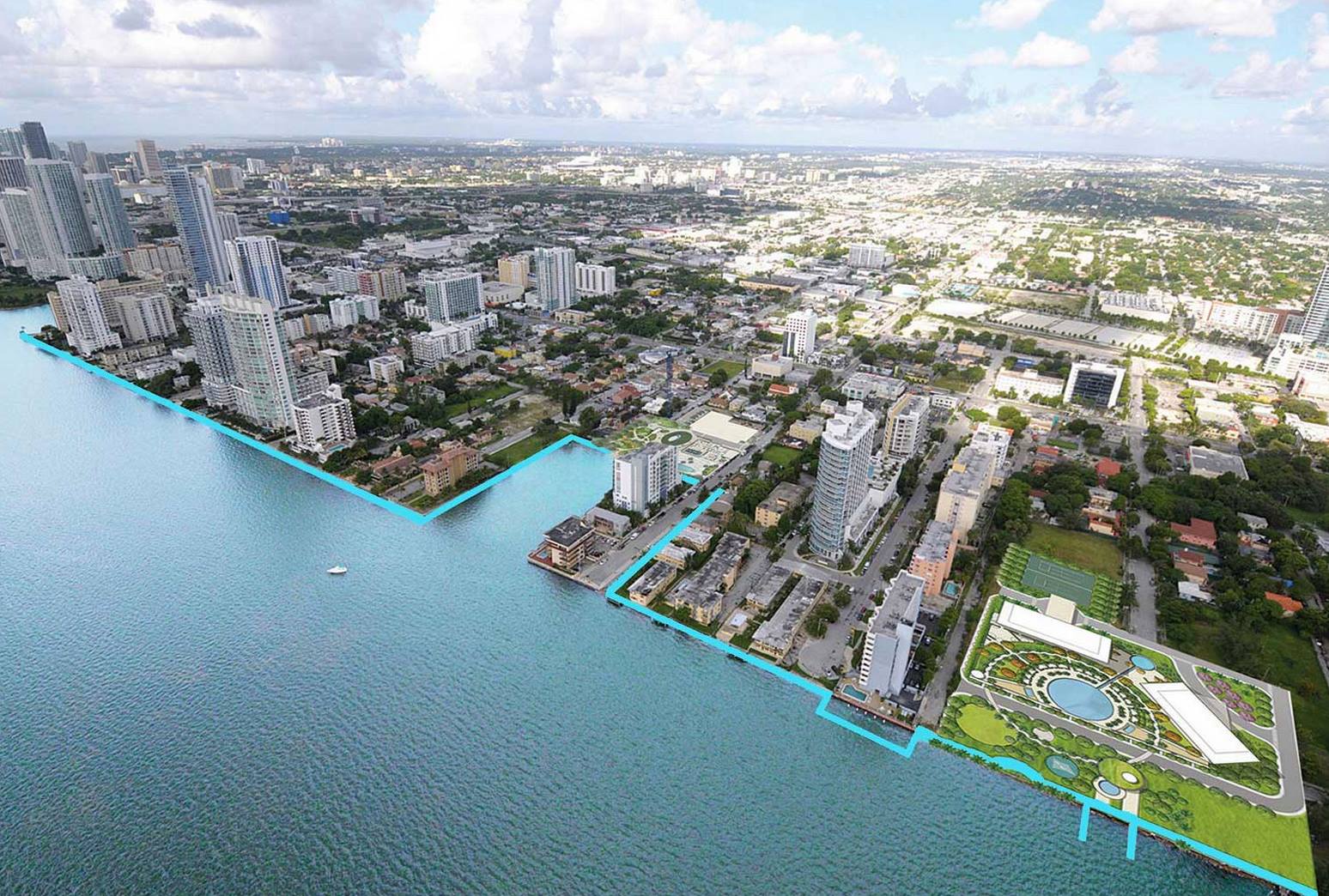