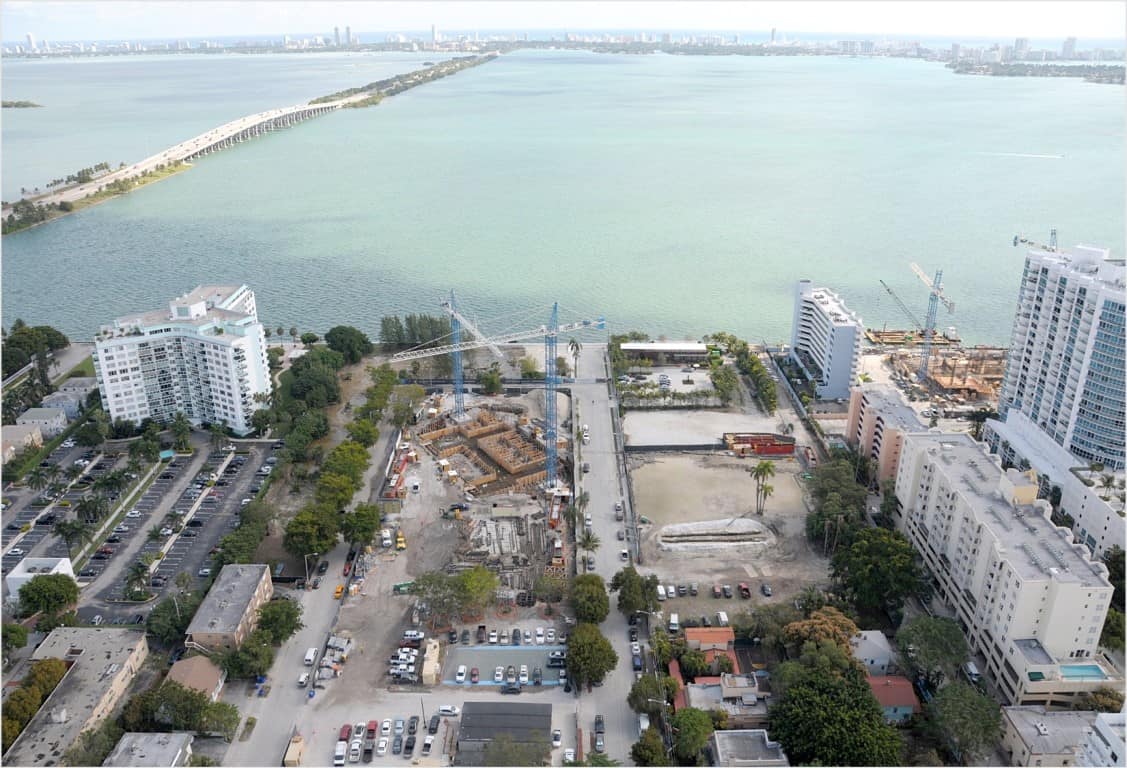 Over the weekend, Related Group poured the foundation for a 53-story tower at Paraiso Bay.

The foundation is for the first of four towers planned by Related in the Paraiso Bay complex. Sales are underway for the remaining three towers, and the developer has already converted reservations at two other tower, Paraiso Bayviews and One Paraiso, into contracts.

The first tower includes 325 units, while the complex will eventually include about 1,300 units. Residents will enjoy 2-acres of parks and green space, of which only a small portion will be open to the public.

The site as of last week, and what it will eventually look like (via Related Group):