Developer PMG has released a rendering of their upcoming 300 Biscayne project, which is set to become Miami’s tallest tower at 1,041 feet above ground.

According to a description, the ultra-luxury project will include a hotel and branded residences.

Previously, the developer had said that there would be about 500 condo units in an 88-story tower, although it isn’t clear if that remains the plan.

A 20,000-square-foot high-tech sales center is currently under construction on the site. It will include visual and tactile features designed to distinguish it from other products on the market. 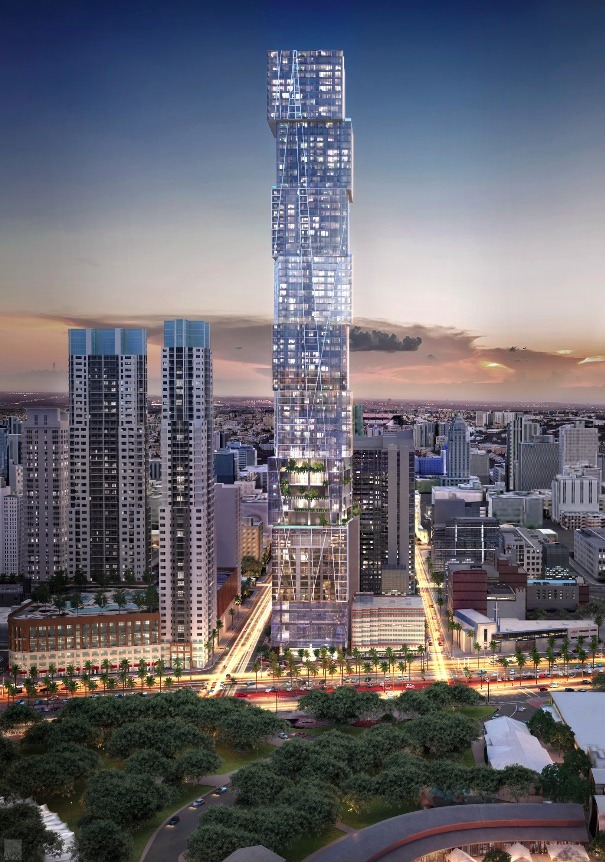