Renderings have been released for Upland Park, a $1b transit-oriented development planned near the Dolphin Mall.

The development will be “the first truly viable alternative to automobile commuting,” according to the project website.

Upland Park is being purpose-built for integration with the upcoming east-west transit corridor, according to the developer.

The community will have expedited access to major employment areas such as Miami International Airport, the Health District, Downtown and Brickell, the developer says.

The project site itself is at the planned Dolphin rapid transit station.

Once inside the community, residents and workers will enjoy enjoy a master-planned walkable neighborhood with built-in traffic solutions, along with resiliency features.

The goal is to also have a variety of residence sizes and price points within the neighborhood, catering to “all ages and audiences,” from students to seniors.

The project is planned to include:

Site work is planned to begin in early 2023, after the developer signed a lease for the land on December 1 and obtained a $35 million site work loan, according to the SFBJ.

Plusurbia Design is the urban planner for  Upland Park, with Arquitectonica the design architect.

Terra Group is the developer. 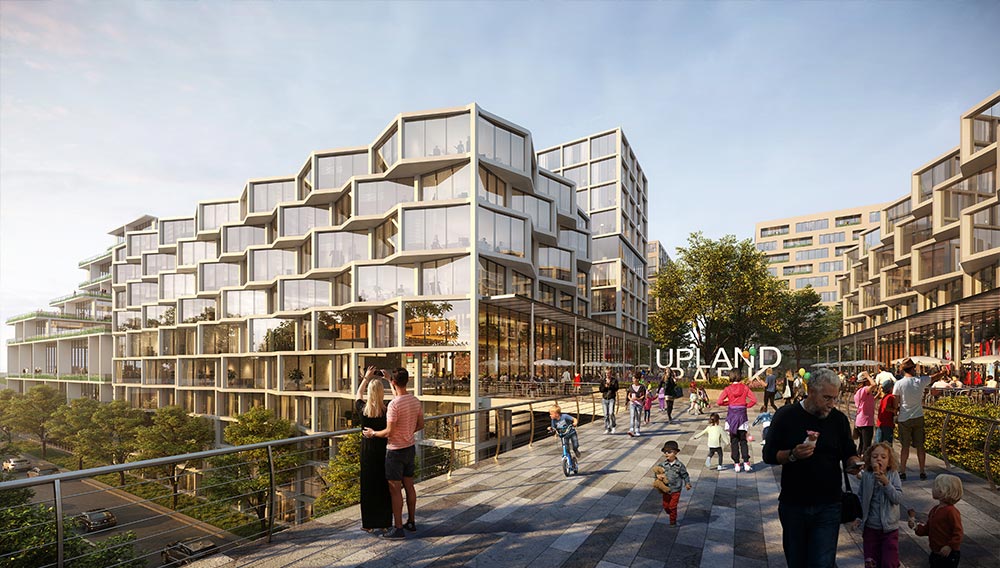 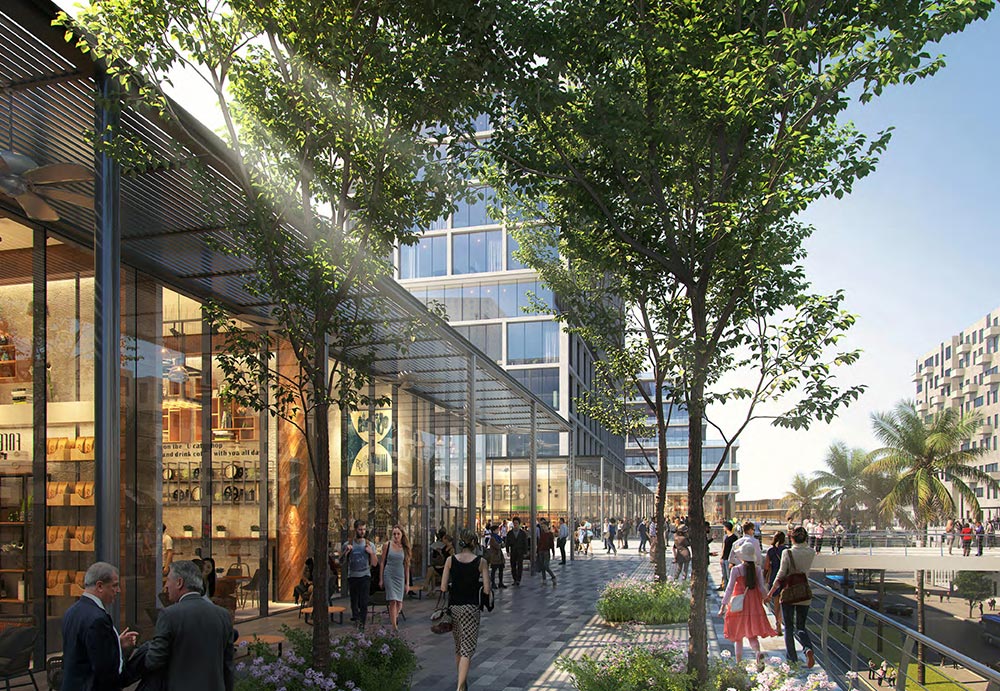 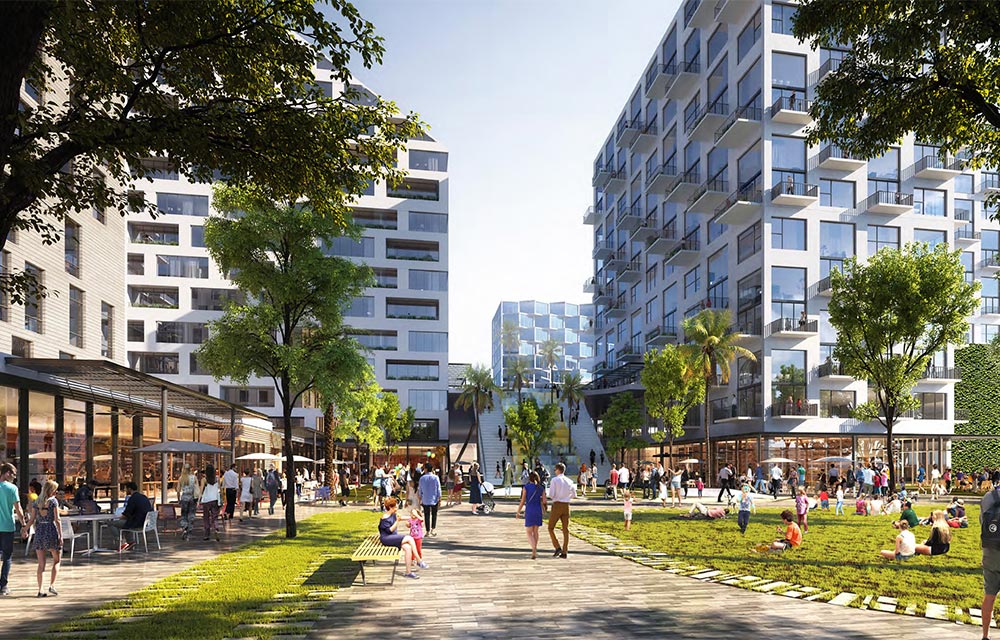 A rendering released by Miami-Dade County showing the BRT service planned on the east-west corridor of the SMART plan: