Plans have been revealed for a 3-tower mixed-use project at 3333 Biscayne Boulevard in a filing with city planners.

The combined project is planned to include:

According to a letter from the developer’s representative:

Project architect have designed three towers and a podium without overwhelming the area. An office tower along Biscayne Boulevard prudently avoids realizing its full permitted height and features a staggered design. The two residential towers are positioned diagonally from each other to maximize separation and avoid crowding. At the podium level, the project is lined on the north and east facades with nine ground floor townhome units and a courtyard that promise to keep public areas activated.

Thanks to the Property’s ample area and a private agreement among the unified parcels’ owners to allocate development rights among their sites, the Applicant is proud to have produced an outstanding design without the need for Waivers, Warrants, or Exceptions.

Development rights from adjacent properties controlled by Aimco are being used in the proposal via a covenant in lieu of unity of title.

Stantec is listed as the architect.

Beitel Group has previously been announced as the developer.

A hearing before the Urban Development Review Board is scheduled for November 16. 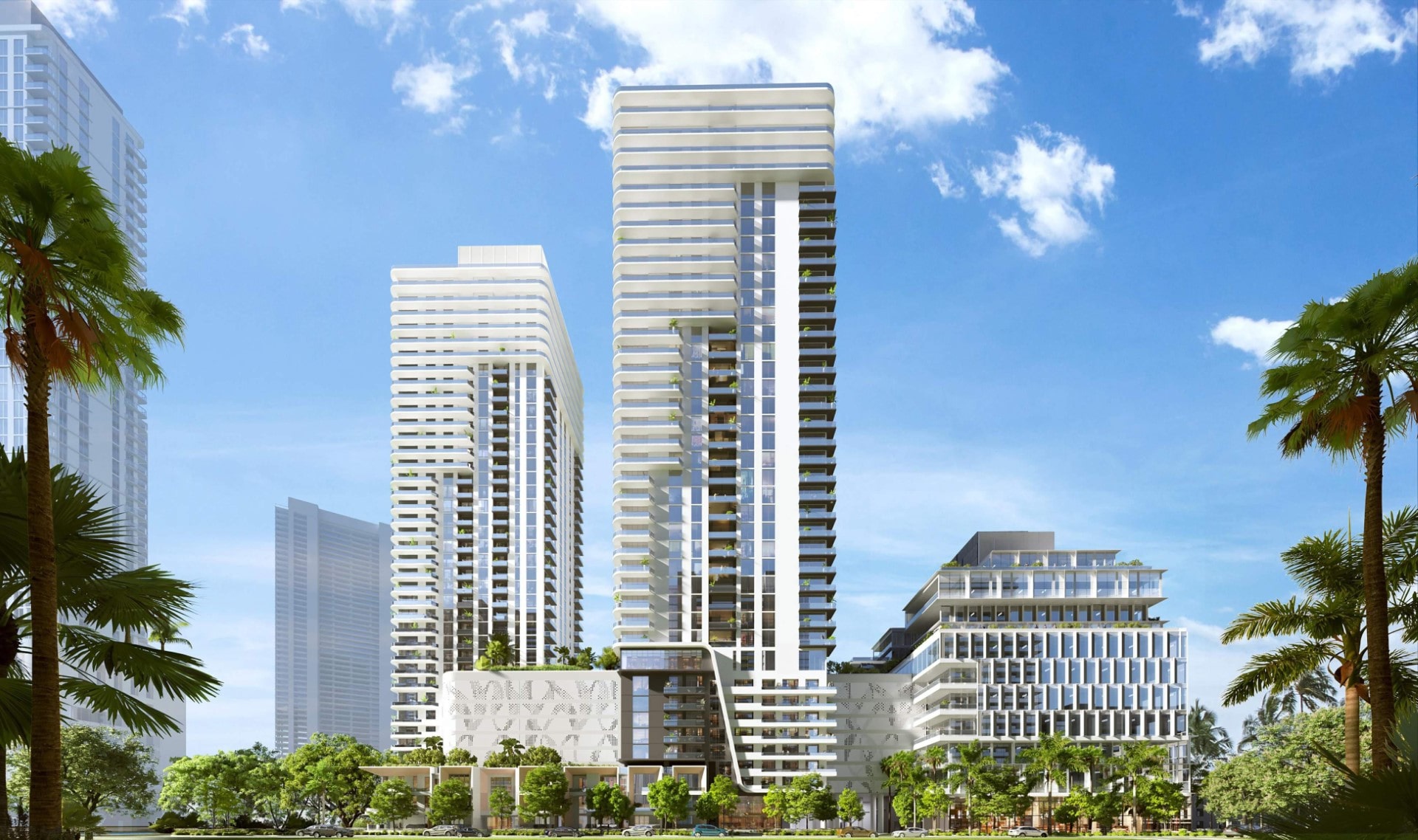 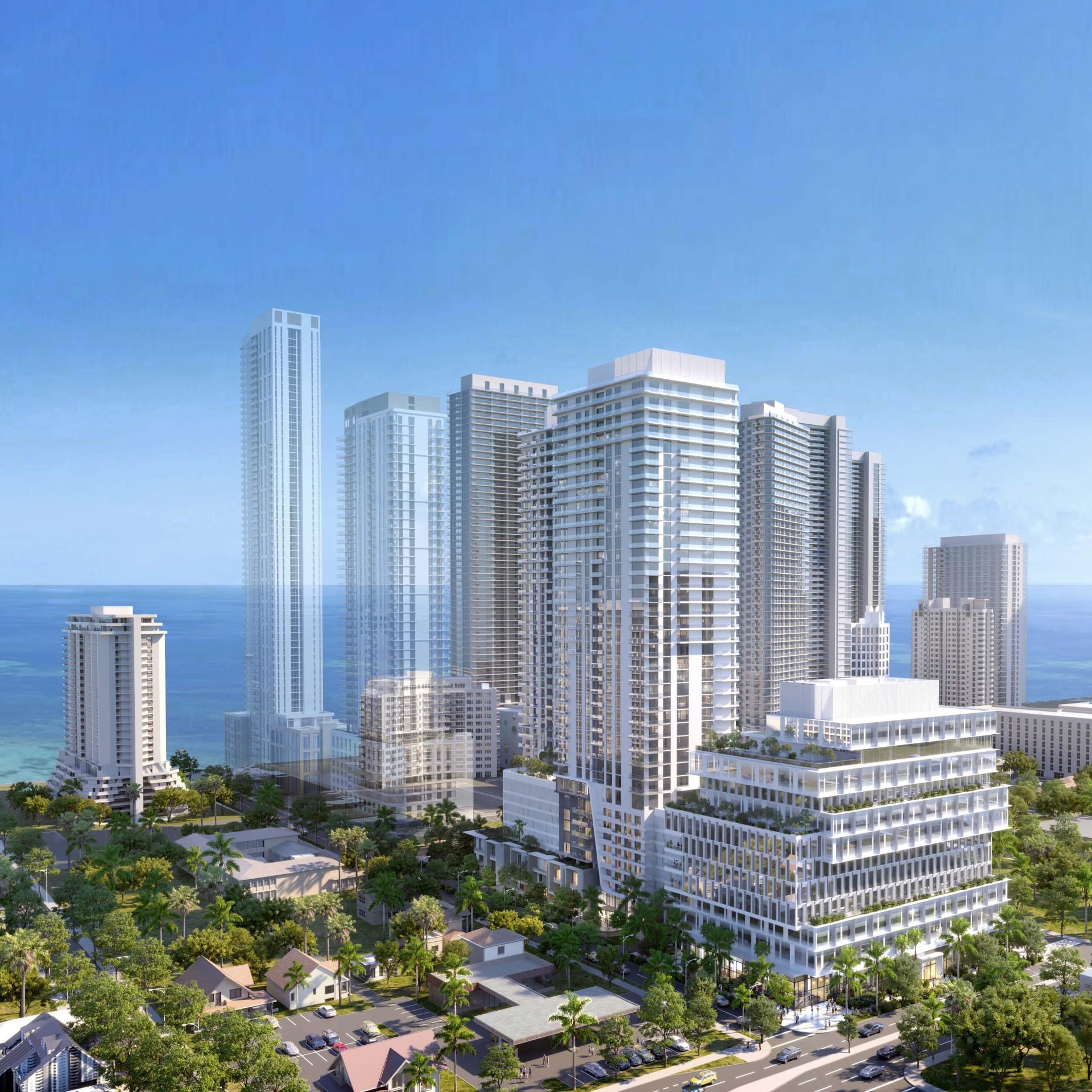 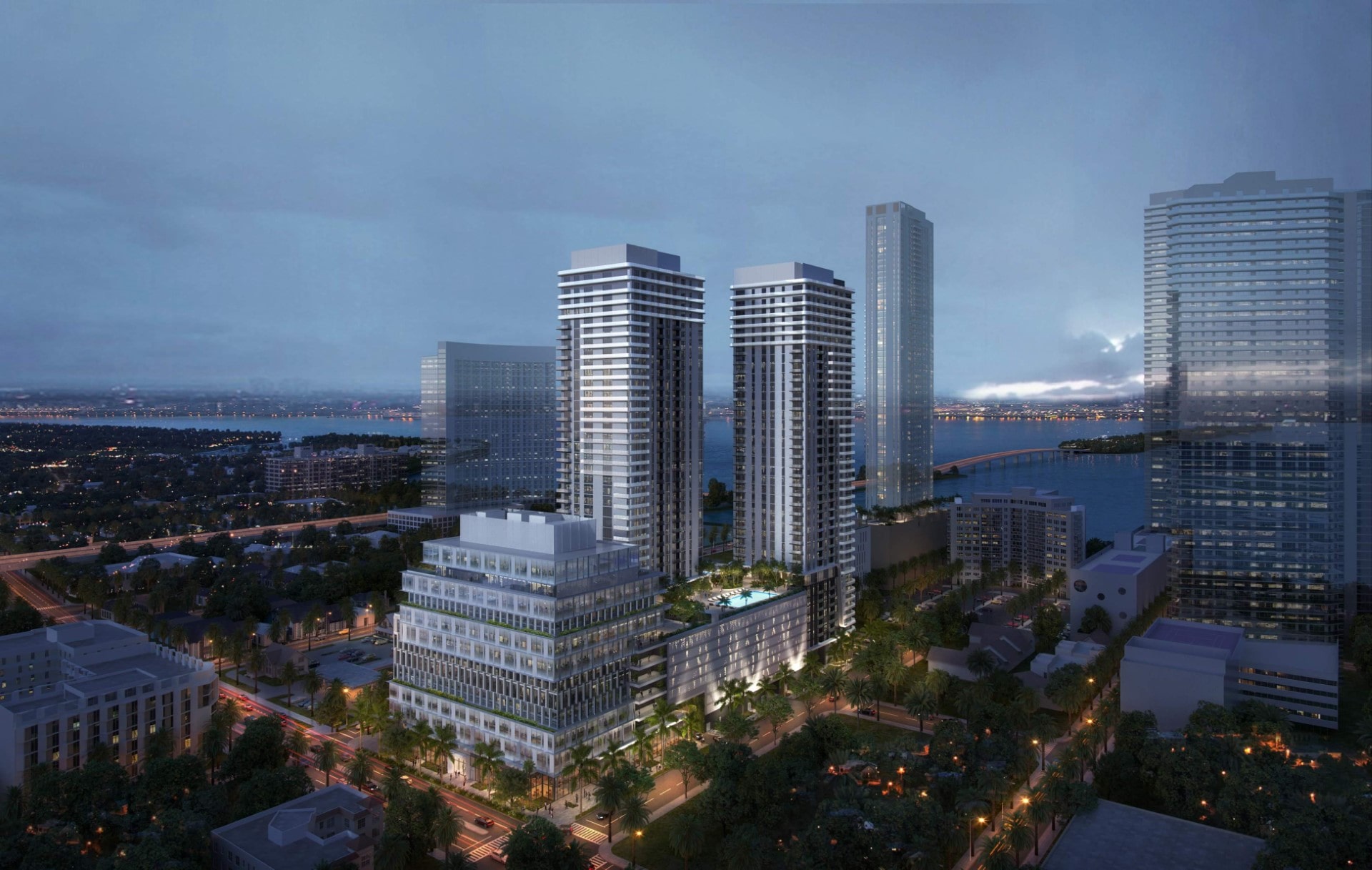 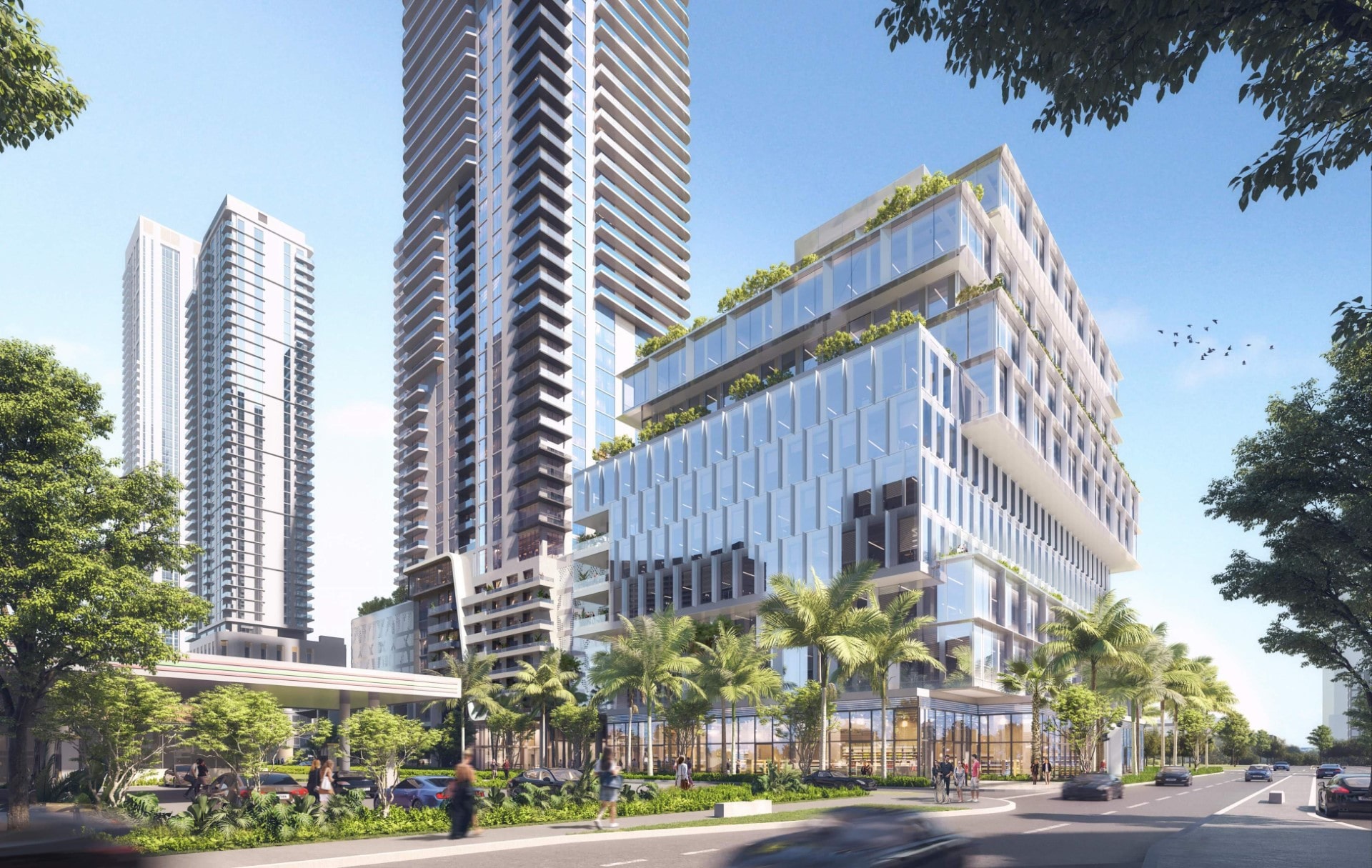 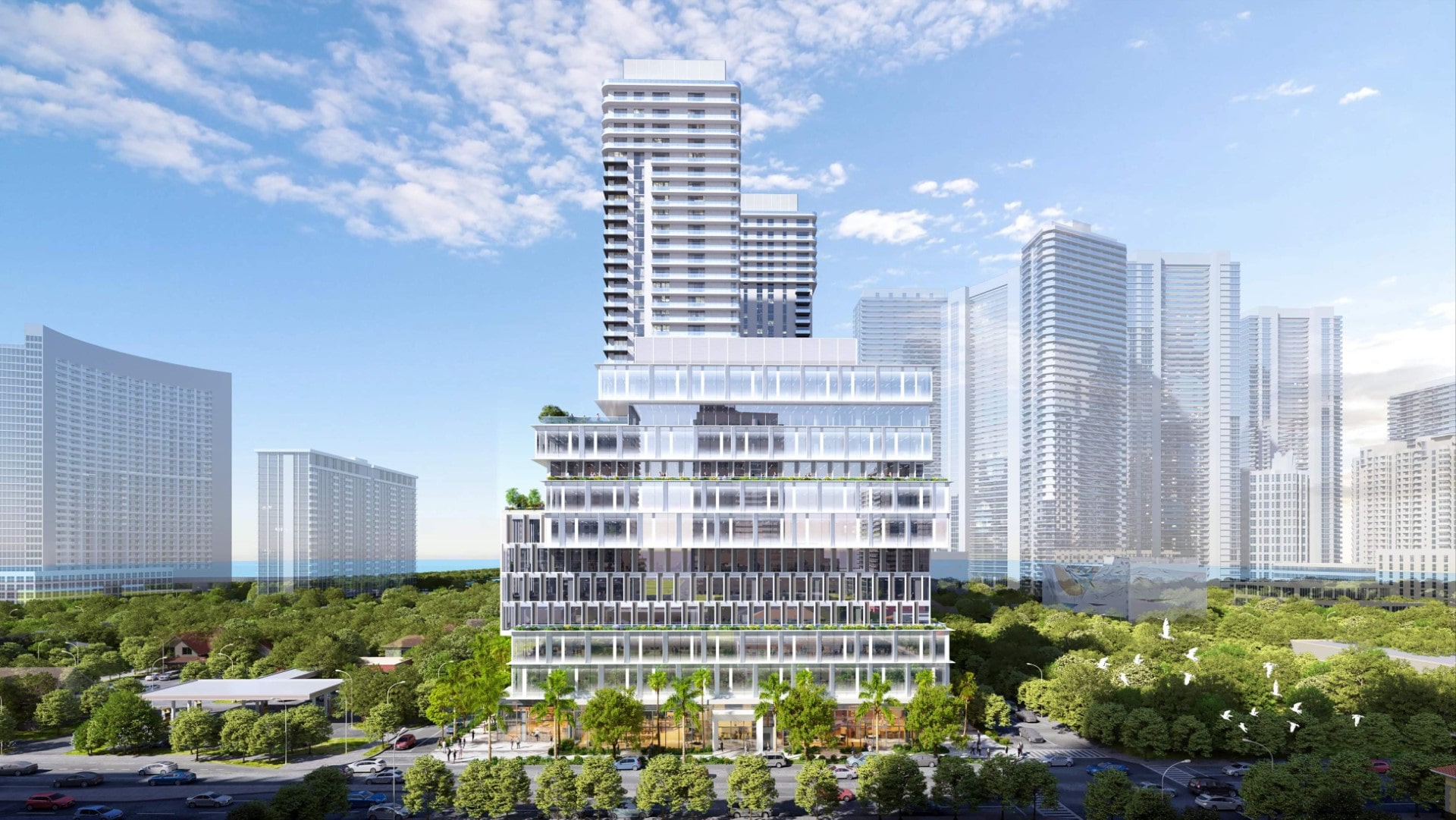 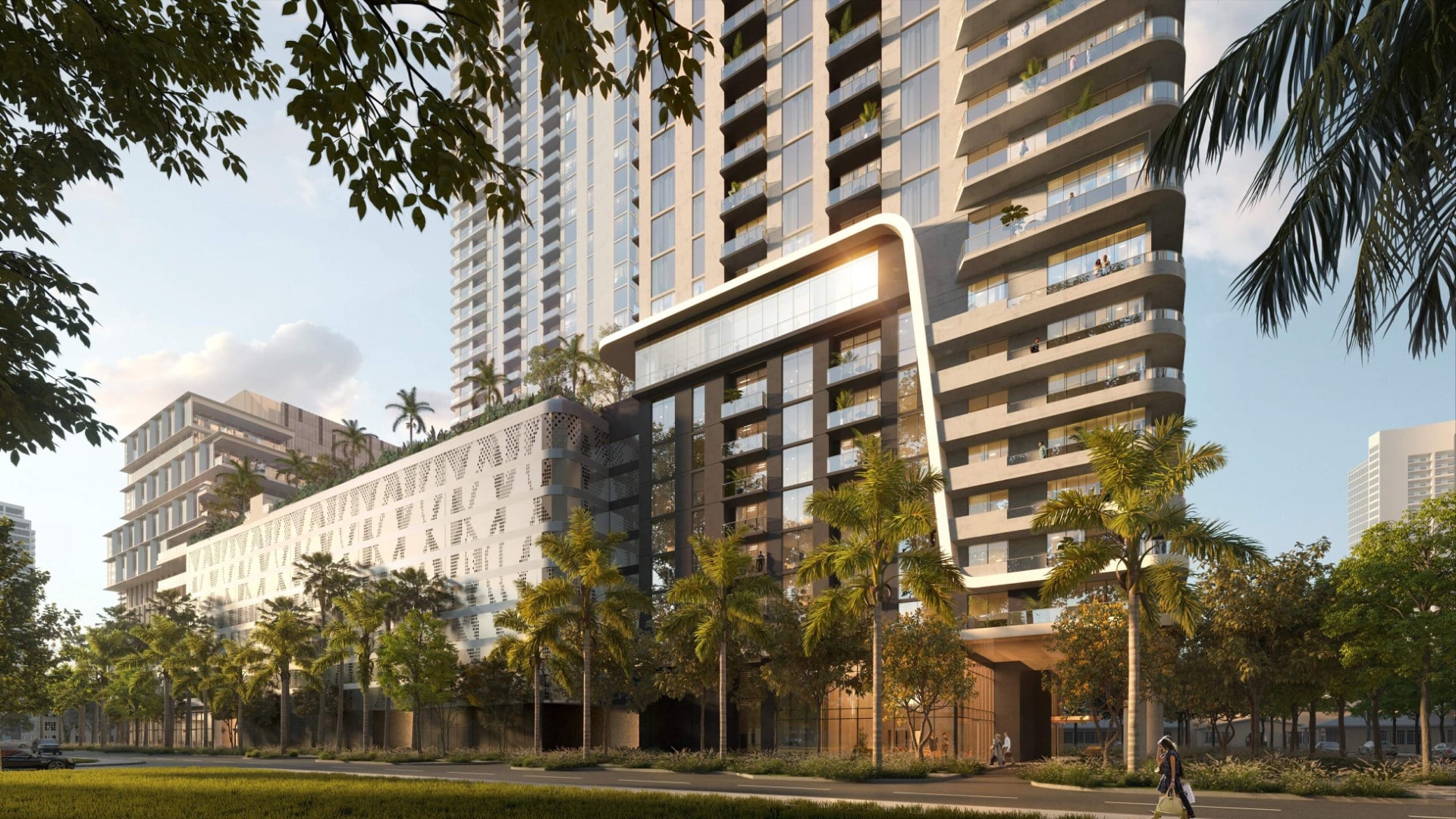 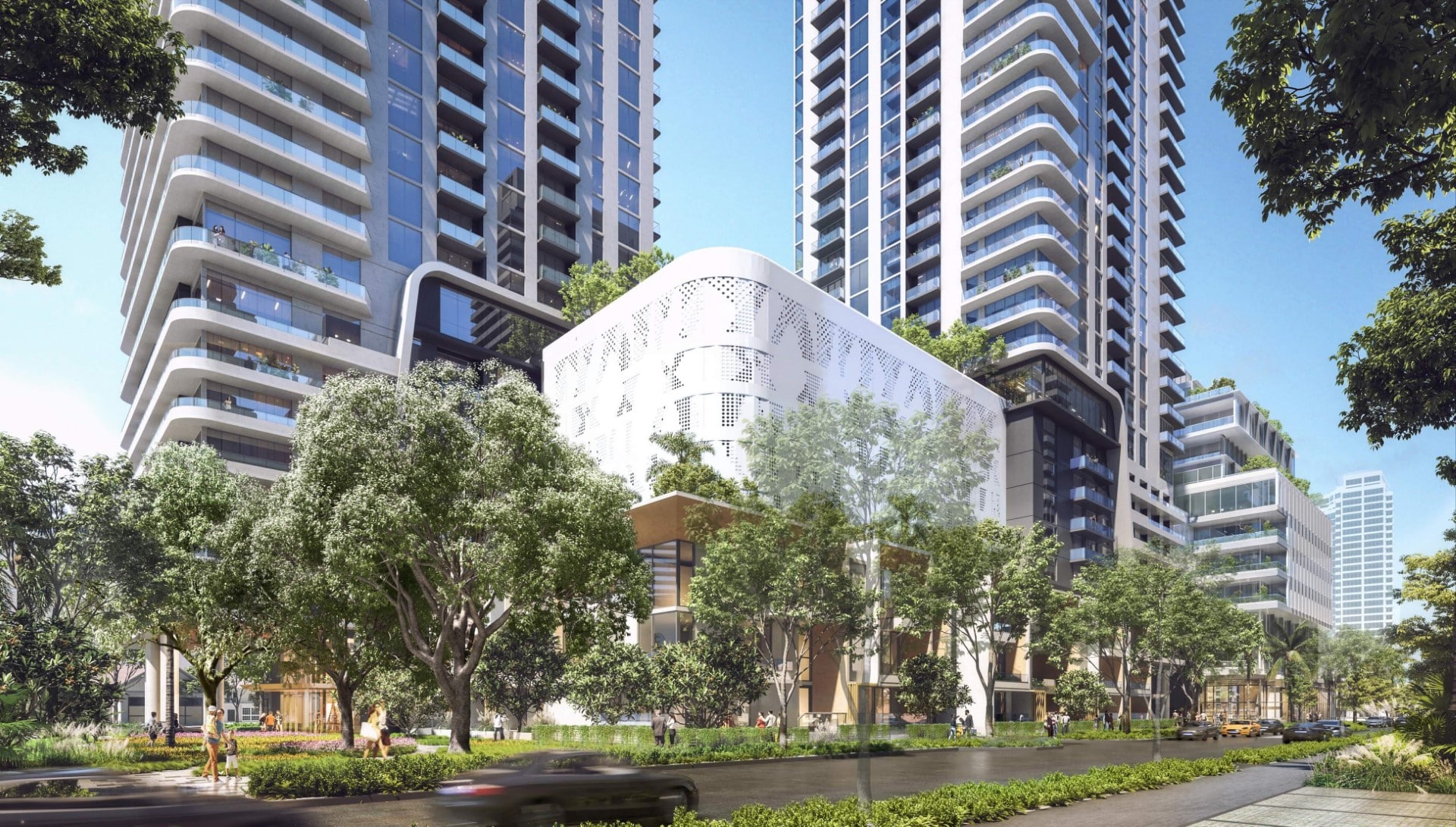