This is the first public look at a 50-story office tower known as 830 Brickell that is being built across from Brickell City Centre.

The tower is proposed to top off at 732 feet above ground. It will include 490,200 square feet of office, 583 parking spaces, along with commercial and retail space.

Russian developer OKO Group began building the foundation for the tower in January. WeWork signed a lease to occupy 10 floors the following month.

Adrian Smith + Gordon Gill Architecture created the design concept for the tower and is also overseeing interior design. Revuelta is the architect of record, with Enea overseeing landscape.

An indoor and outdoor restaurant will be be located at the top, on level 53.

In a letter to the city, the developer describes the project:

The mixed-use project infills the last remaining parcel on the urban corner of 8th Street and Brickell Plaza Drive (SE 1st Avenue). Primarily an office building, the project has activated frontages on both streets with lobby and retail focused to the corner. An artistic facade of perforated panels creates a kinetic aesthetic on the parking facade. The tower distinguishes itself from the pedestal with a curtain wall facade of silver glass on the main facades and a copper toned frit adjacent to the major architectural feature. These feature elements create a dramatic cantilever on the west facade and frame the building vertically before turning horizontal and creating an outdoor room for the restaurant on the 53rd level.

The Project’s has been designed to prioritize pedestrian interests along the ground floor. The Project’s landscape and hardscape has been designed by Enea Garden Design and provides an inviting public sidewalk which is activated by ground floor commercial uses. Additionally, the proposed podium contains a fully landscaped terrace which will provide an active open space for the building’s tenants and guests.

A hearing by Miami’s Urban Development Review Board is scheduled for June 19.

Update: The name of the development is 830 Brickell. 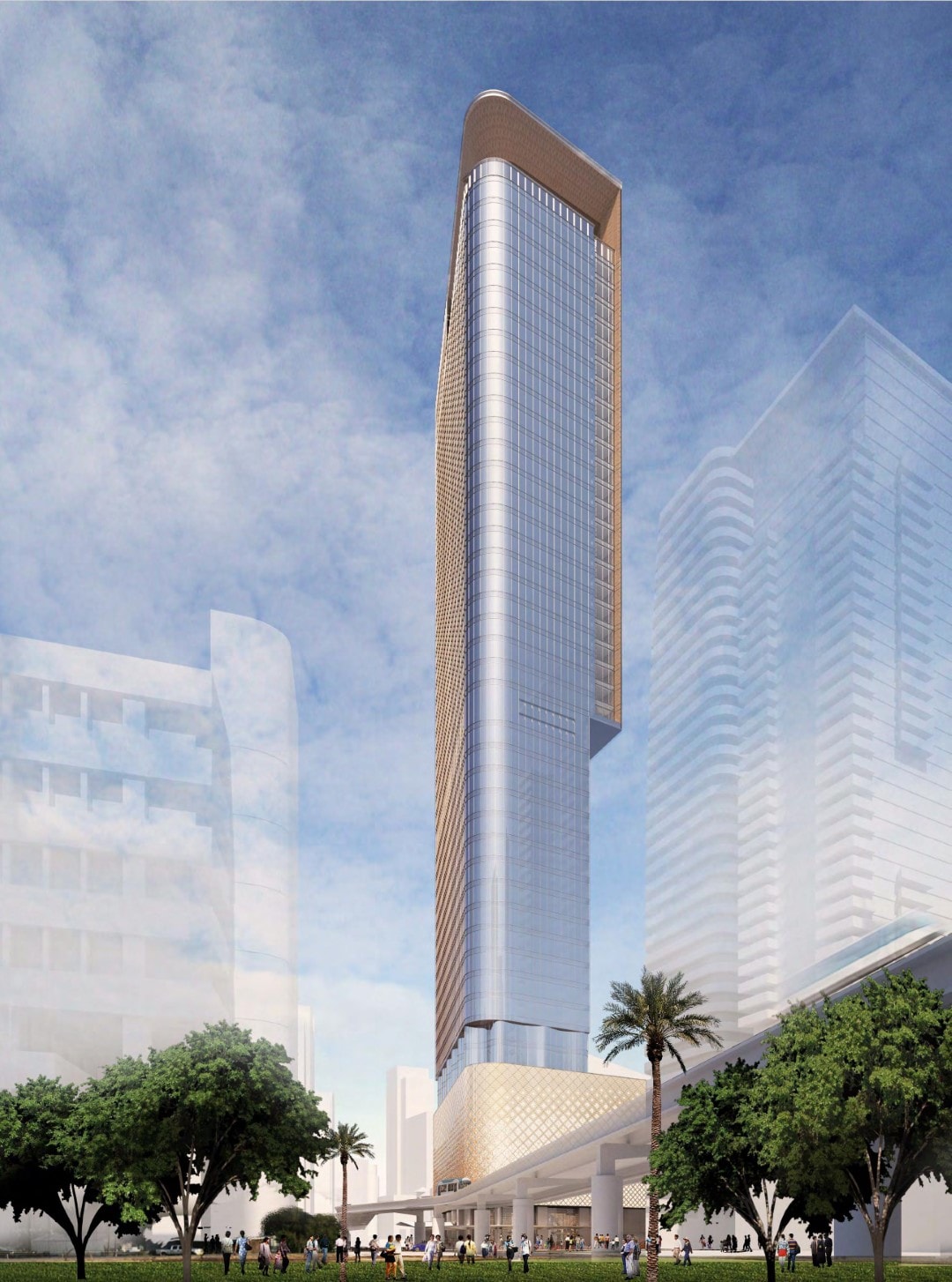 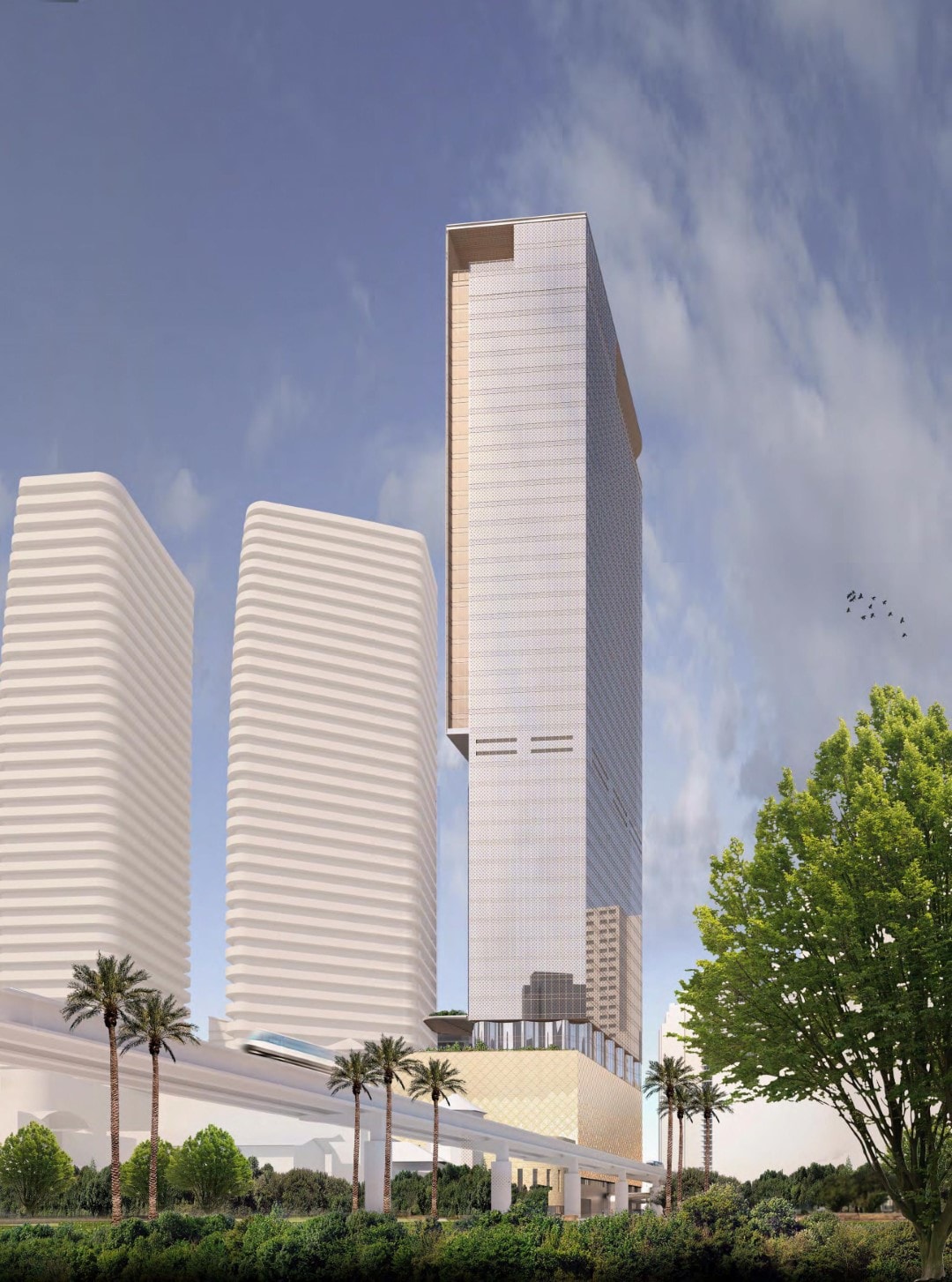 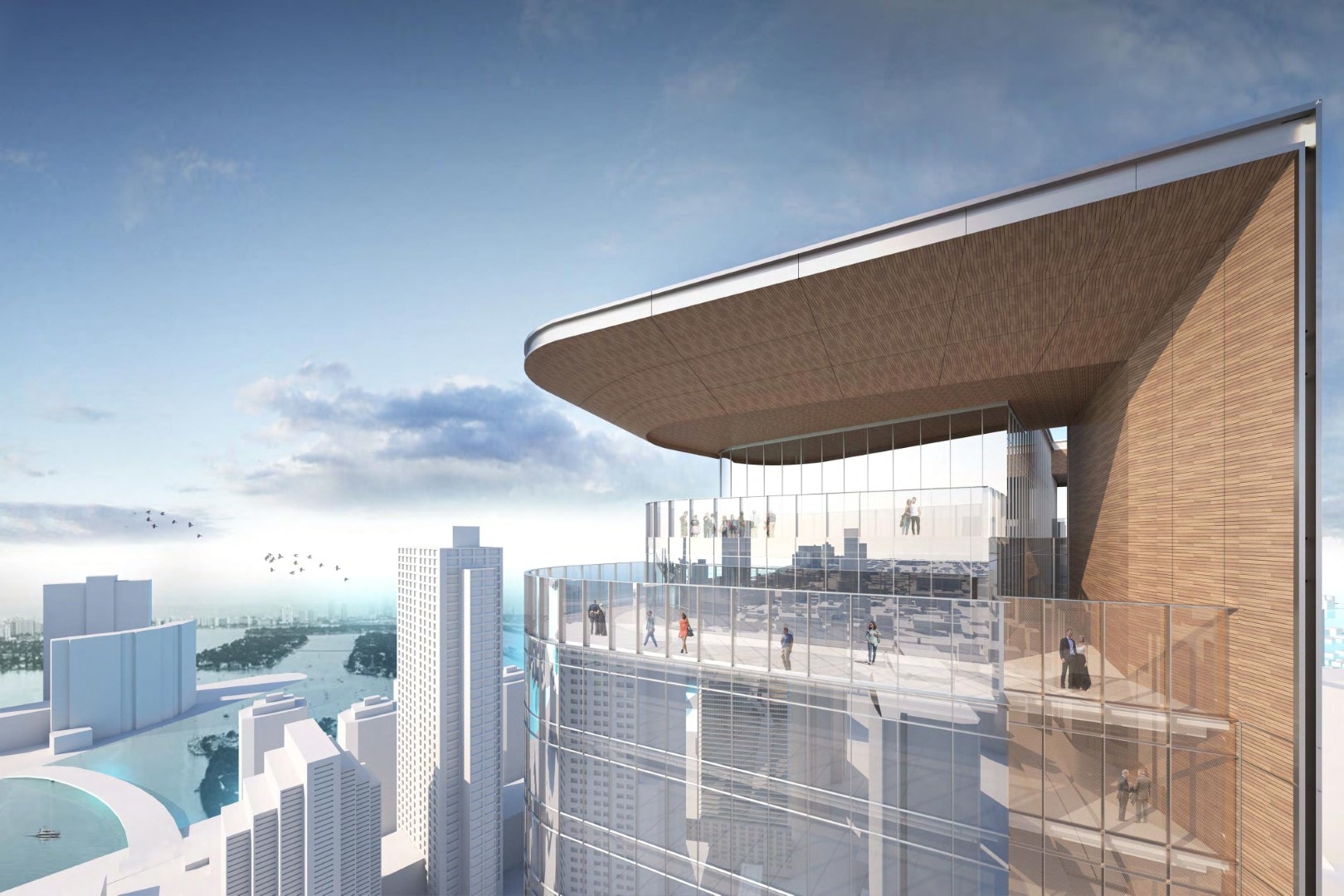 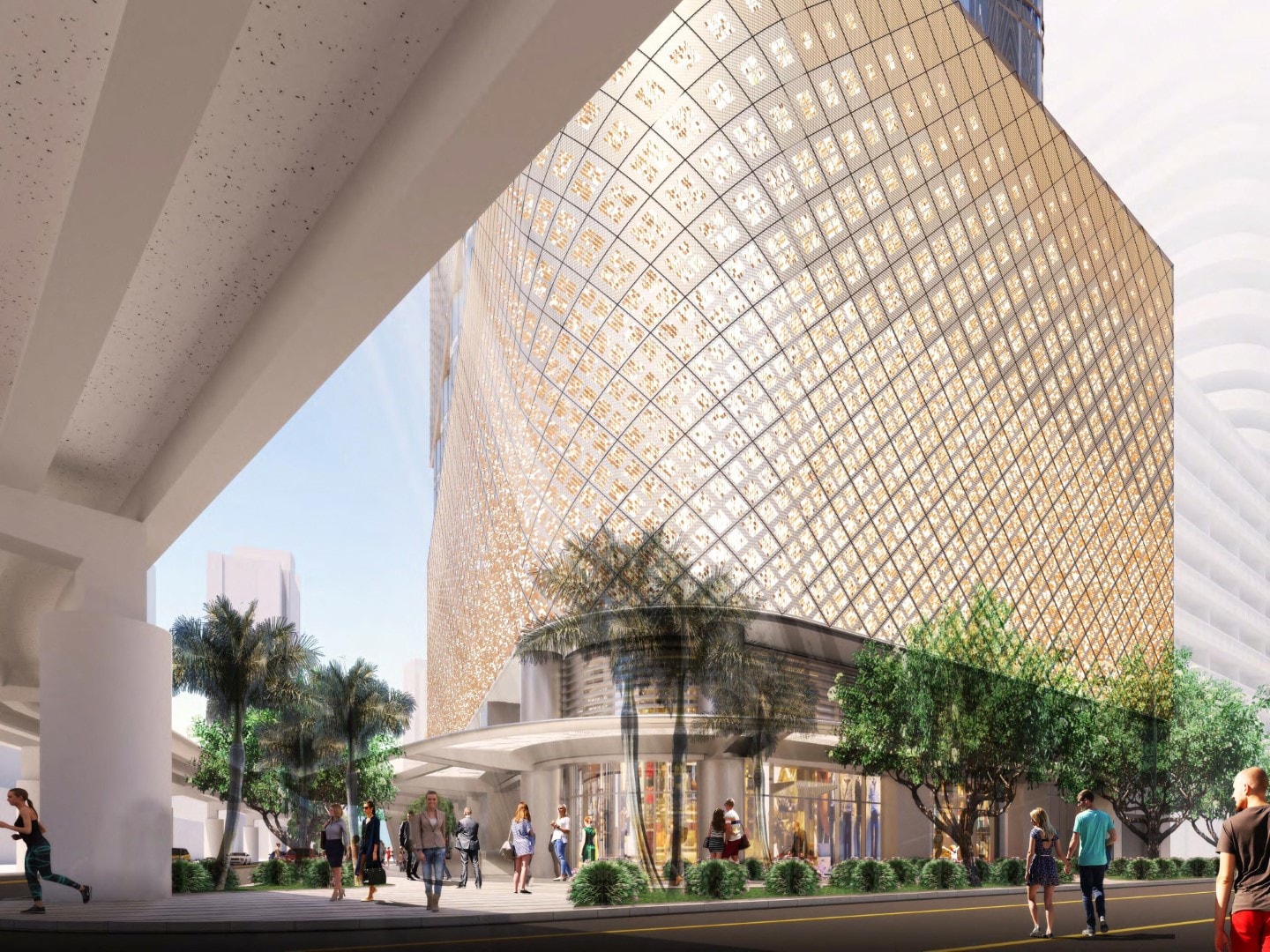 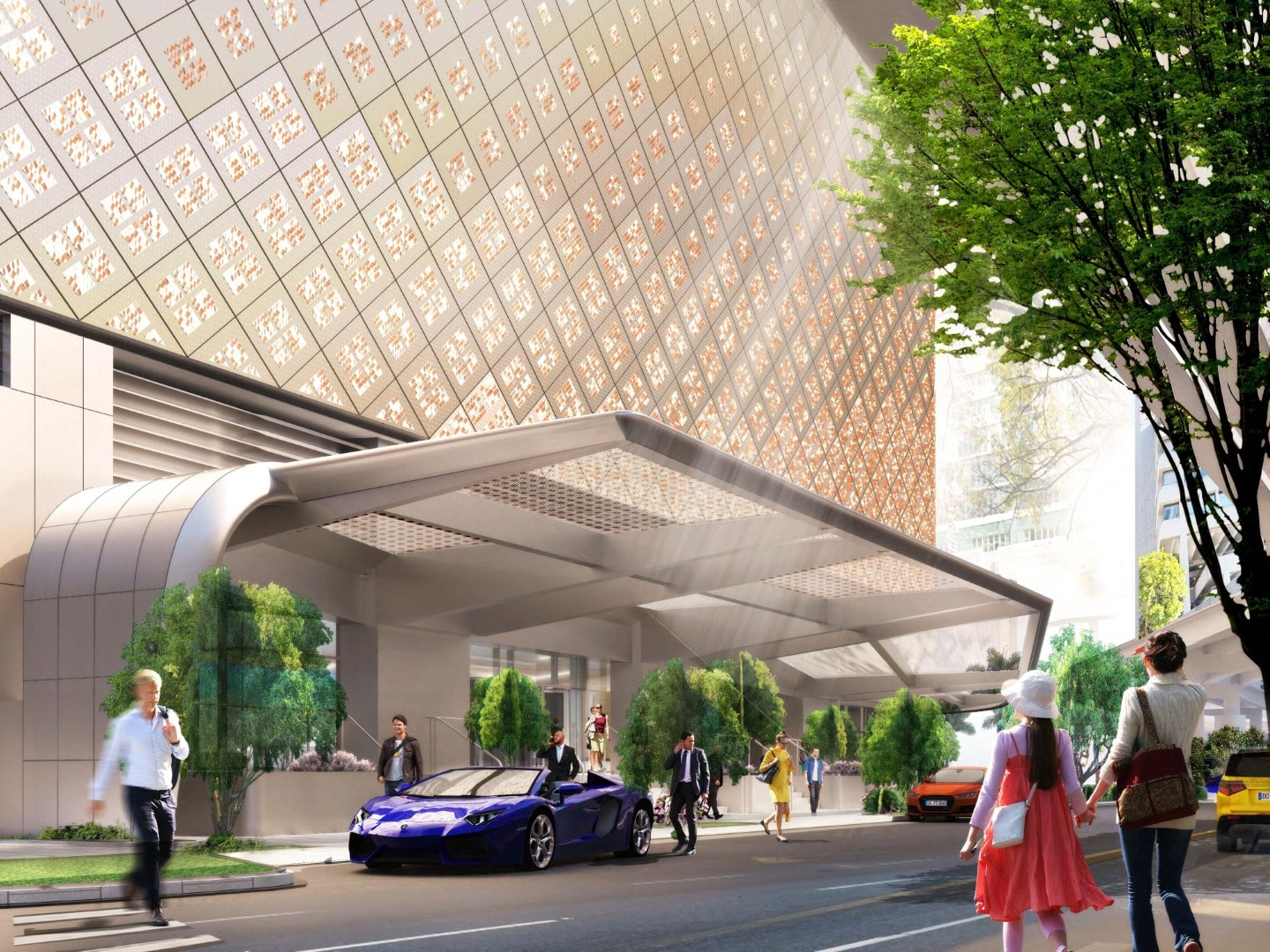